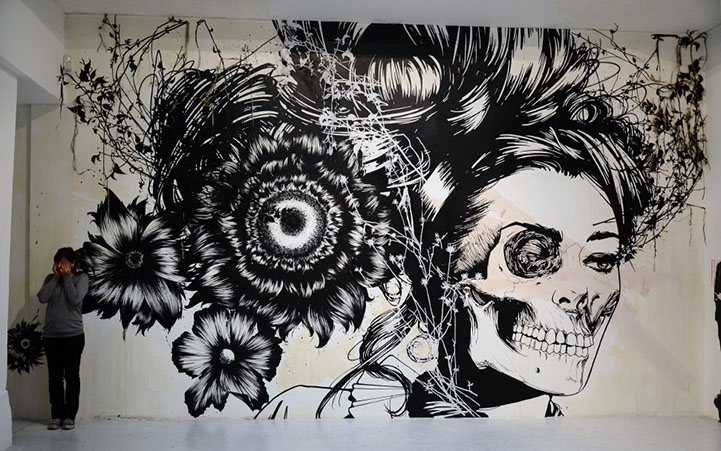 French street artist and illustrator Eric Lacan, aka Monsieur Qui, is best known for his large black and white collages that cover the streets of Paris, Marseilles, and London. Constructed out of acrylic and spray paints, wheatpaste, and cut paper, the artist's lively designs will certainly capture the attention of anyone passing by.

His expressive forms feature everything from fashionable female faces to detailed skulls and ornate, swirling typography. Having started out as a graffiti artist, Monsieur Qui has since transitioned into street art because he says the style “immediately appealed to [him]: intervening in the street, transforming a place, generating an image with a significant impact without the traditional tools of graffiti.” 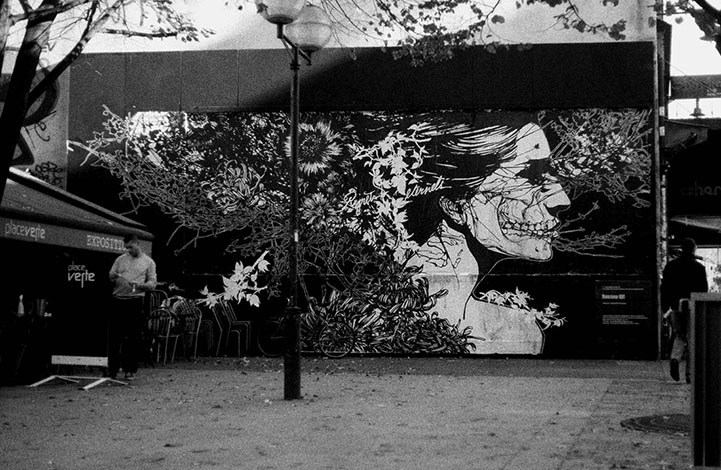 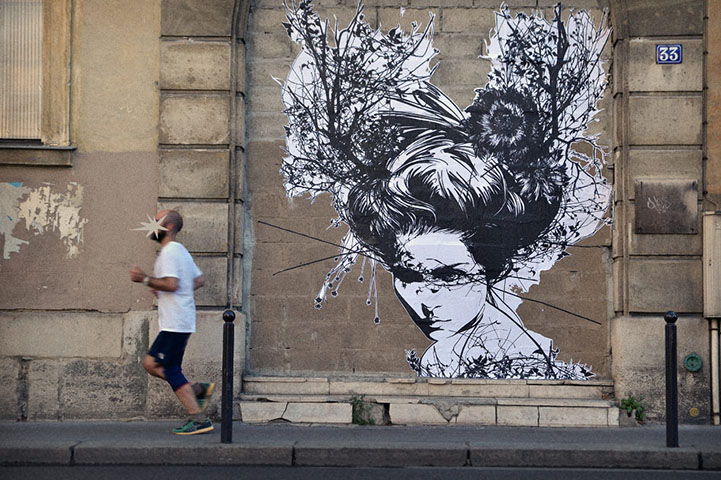 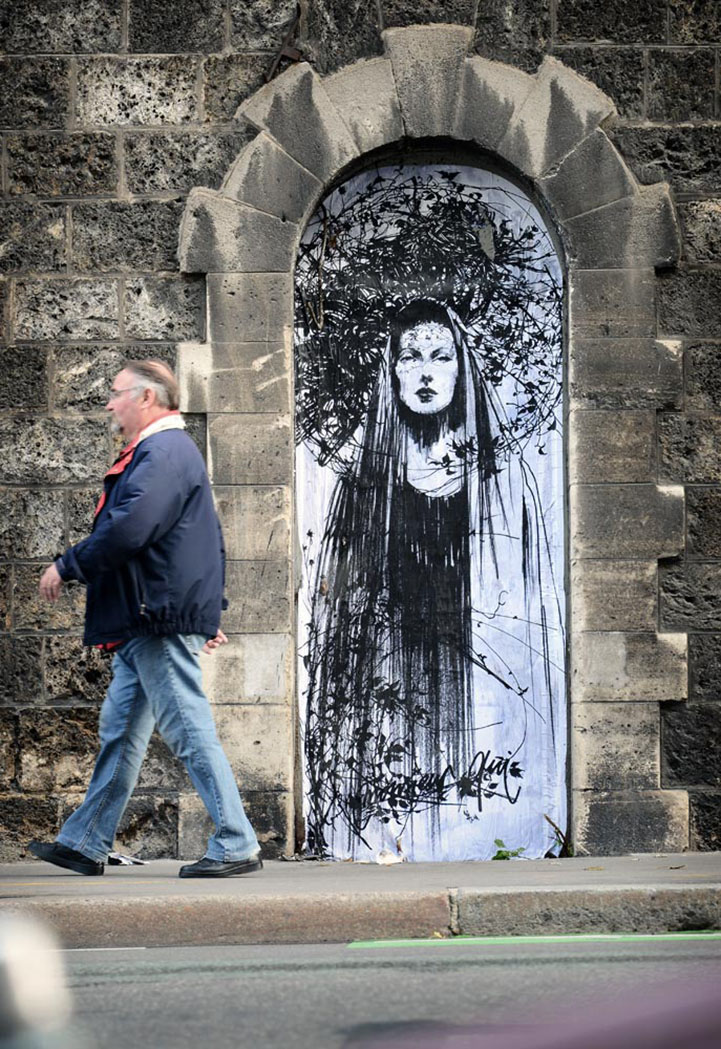 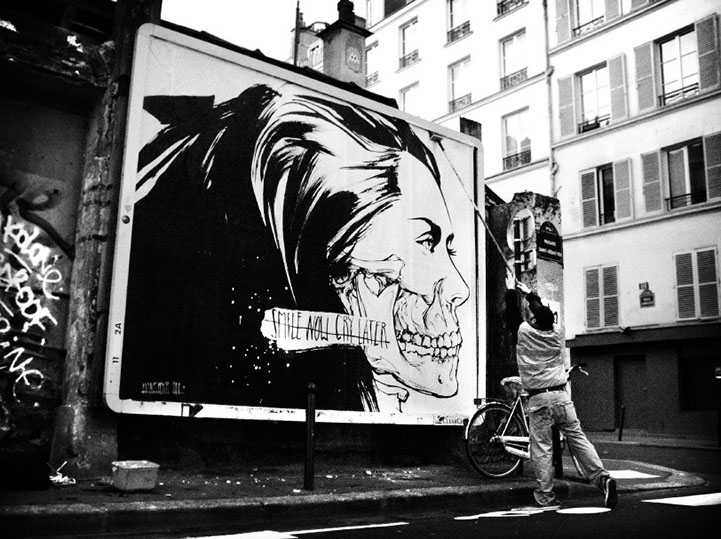 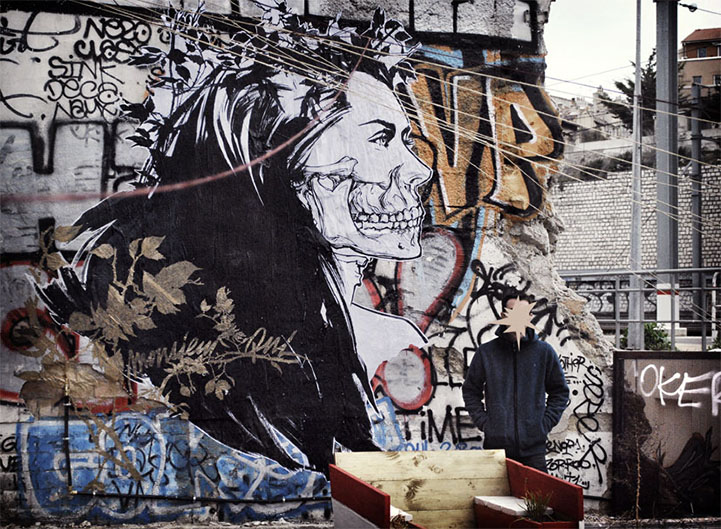 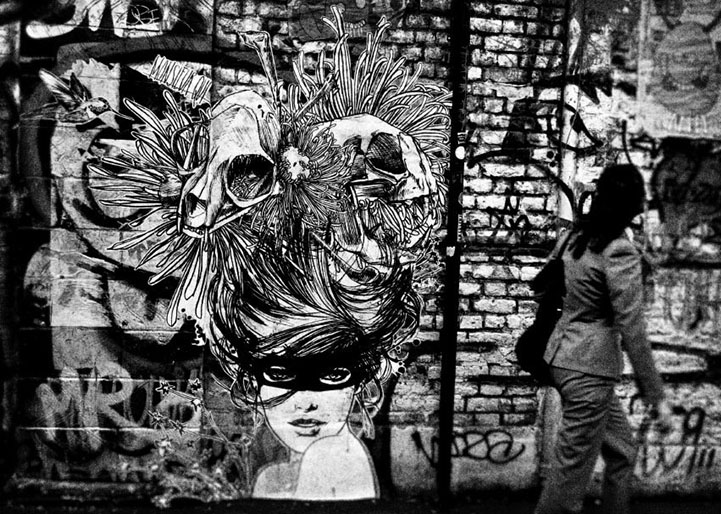