Ernest Zacharevic’s Beach Mural on the Shores of Malaysia 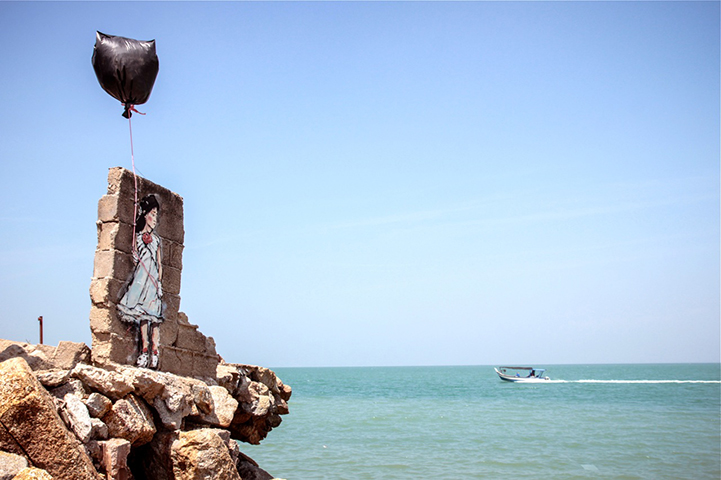 Upon quick glance from a distance, you might think a young girl is standing dangerously close to the edge of this cliff. In reality, though, the figure is a wonderfully detailed painting created by Lithuanian artist Ernest Zacharevic in his signature style.

After his solo exhibit opened in Malaysia, entitled Art Is Rubbish Is Art, Zacharevic decided to relax on the beach nearby. He couldn't resist using the cliff as his canvas to create this new piece of beach art. Just like in many of his works, a young girl stands alone and looks pensively off into the distance. Zacharevic achieves great details within the texture of the rock, and the final two-dimensional illustration seems to be holding tightly to a three-dimensional balloon made out of a black garbage bag that hovers overhead.

The entire process was documented by photographer Henrik Haven, who states, “This is one of the most beautiful surroundings I have ever been shooting in.” 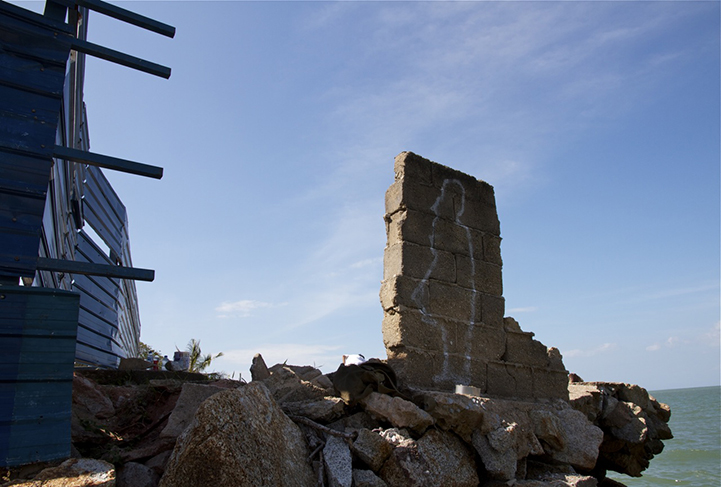 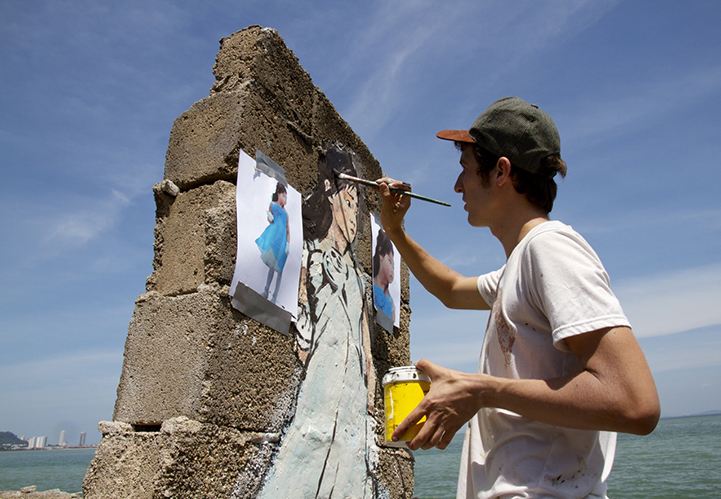 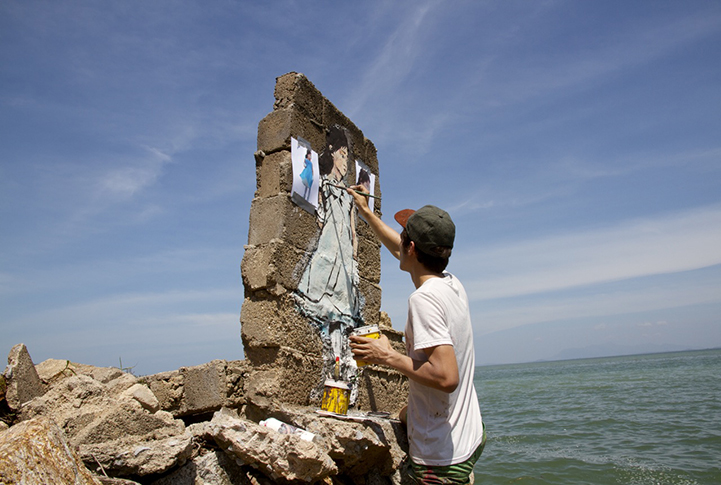 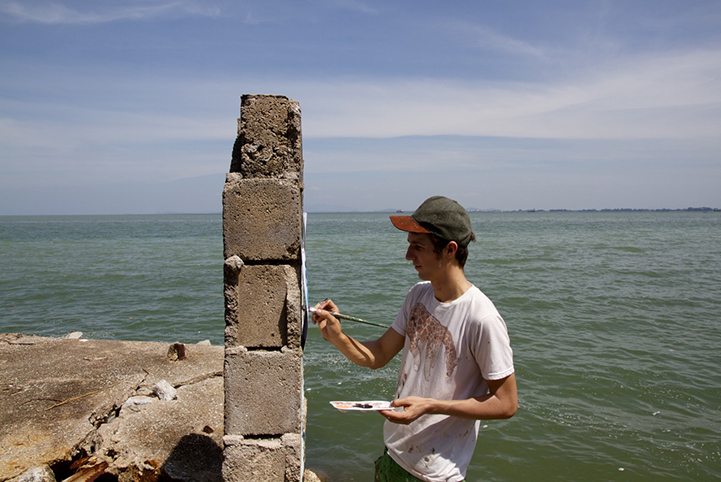 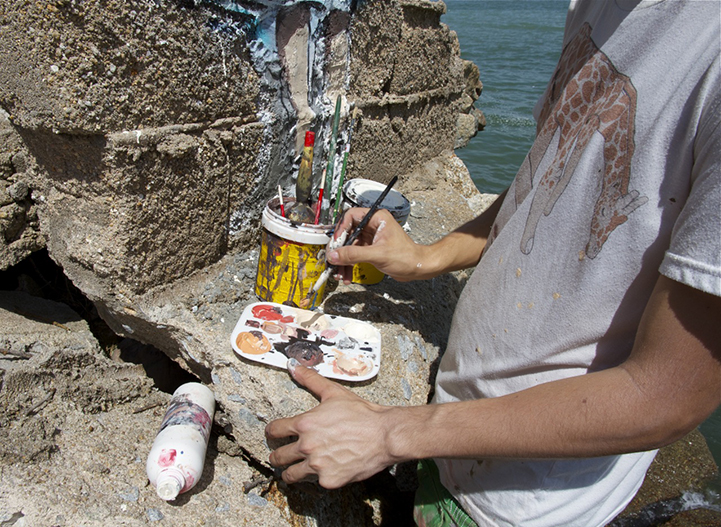 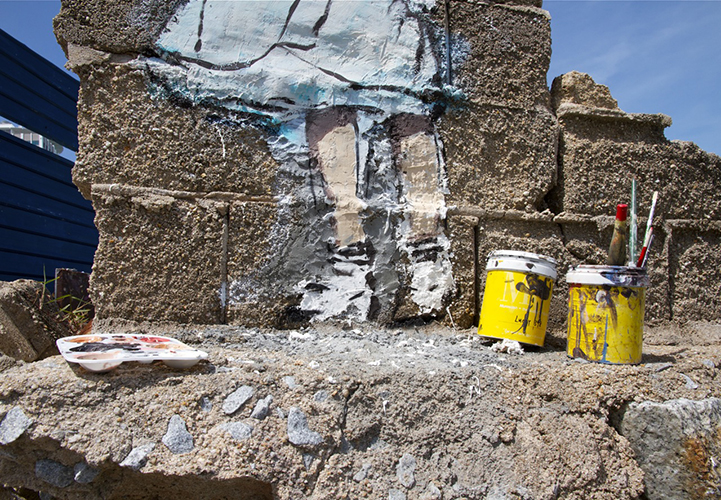 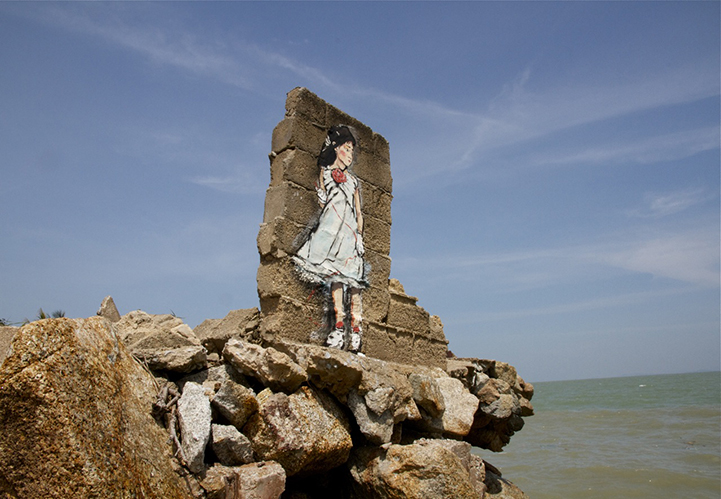 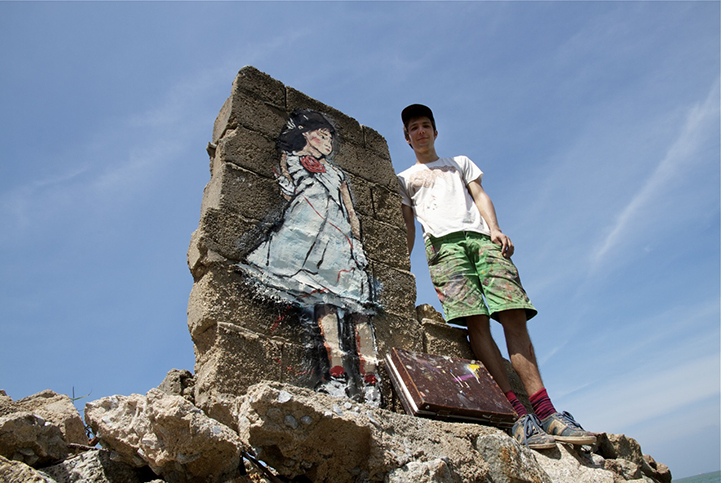 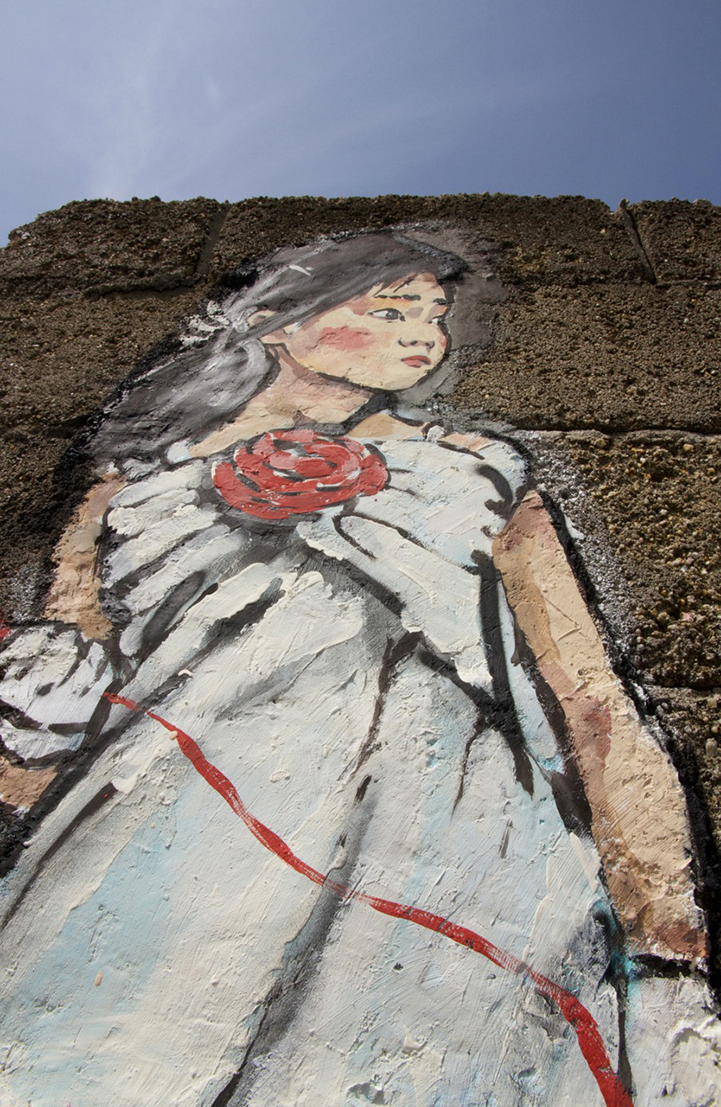