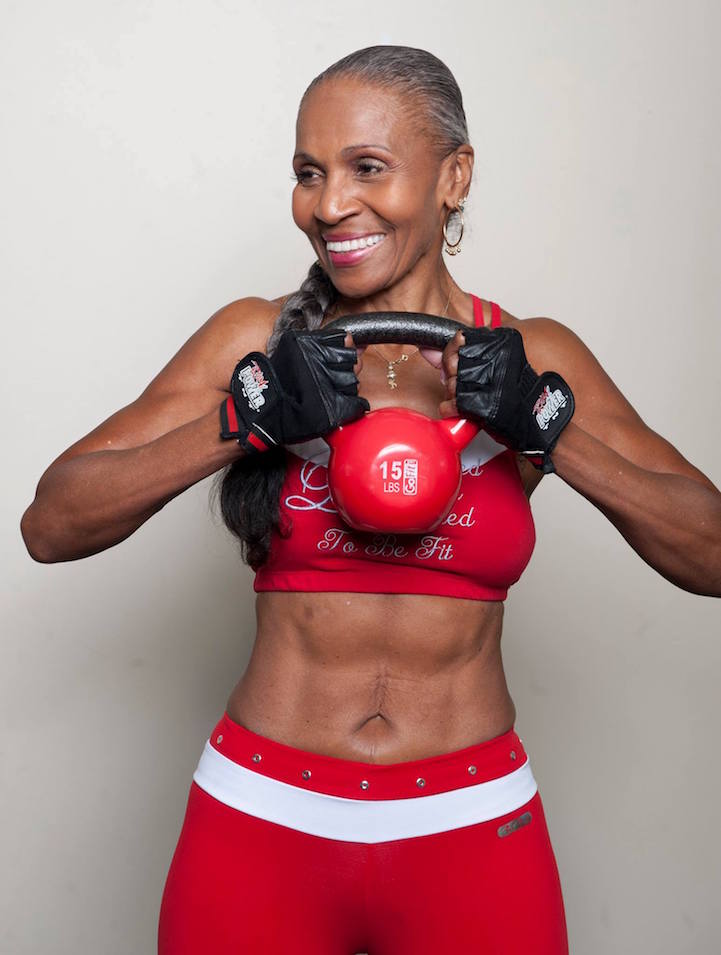 If you’ve been putting off your health and fitness goals, it’s still not too late to get started—just follow Ernestine Shepherd’s lead. This Baltimore-based bodybuilder wakes up to pray and meditate at 3am every morning. At 4am, she takes a 10-mile run—or longer, during marathon preparation season, when she runs about 80 miles a week—and at 8am, she heads to the gym to start training. She coaches private clients about five days a week and also works on her own weightlifting with former Mr. Universe Yohnnie Shambourger. She’s in bed by 10pm after a day of sweat and serious effort, and the practice pays off—her iron-pumping has even earned her a spot in the Guinness Book of World Records. That’s because Shepherd was the planet’s oldest female bodybuilder in 2010, and this year, she turned 80 years old.

The octogenarian dynamo stands at 5’5” tall and 130 pounds with just 9-10% body fat, a percentage that typically belongs only to young, elite male athletes. However, Shepherd hasn’t always been in such stellar shape. She only began exercising with her sister, Velvet, at age 56, when she was a self-described “sedentary, well-padded school secretary and ‘slug’ who had never worked out a day in her life.” Velvet has since passed away, but Shepherd has remained committed to the progress that the pair began together. At age 71, in 2007, she entered her first bodybuilding contest at the Natural East Coast Tournament of Champions, where she took first place in her class, beating women decades younger. She continues to compete, and she also participates in 5k and 10k races and marathons. 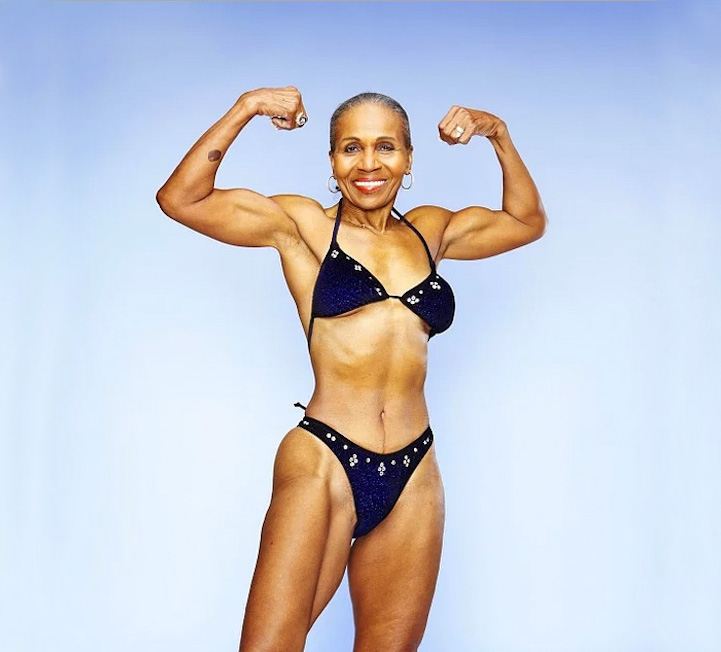 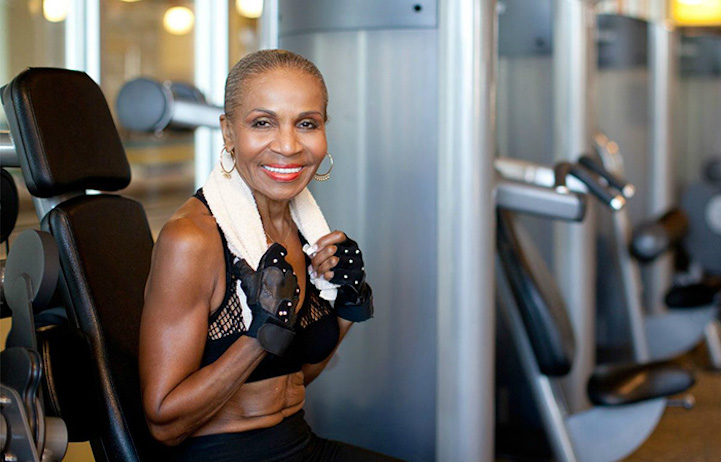 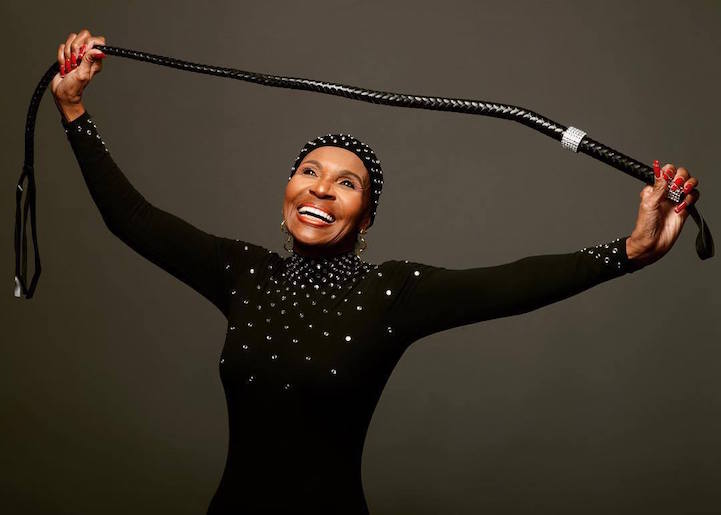 Besides the rigorous schedule, does Shepherd have any other secrets? Her husband of 52 years, Collin, cooks most of her meals, which typically consist of healthy basics like rice, chicken, chestnuts, cereals, and eggs, plus lots of water. She’s also worked with a nutritionist and believes ample rest is key. However, her success is about more than regimented routine. Mindset seems to be her most important source of strength: she says she “tries to have a positive attitude about everything, views her workouts as fun and sees her work as being on a ‘long happy journey,’ ” but she also “knows where she wants to go and what she wants to accomplish and do.” Her mantra is “Determined — Dedicated — Disciplined To Be Fit”—an empowerment that all of us, senior or not, can take to heart. The role model reminds us that it’s possible to defy the norm and thrive at any age. 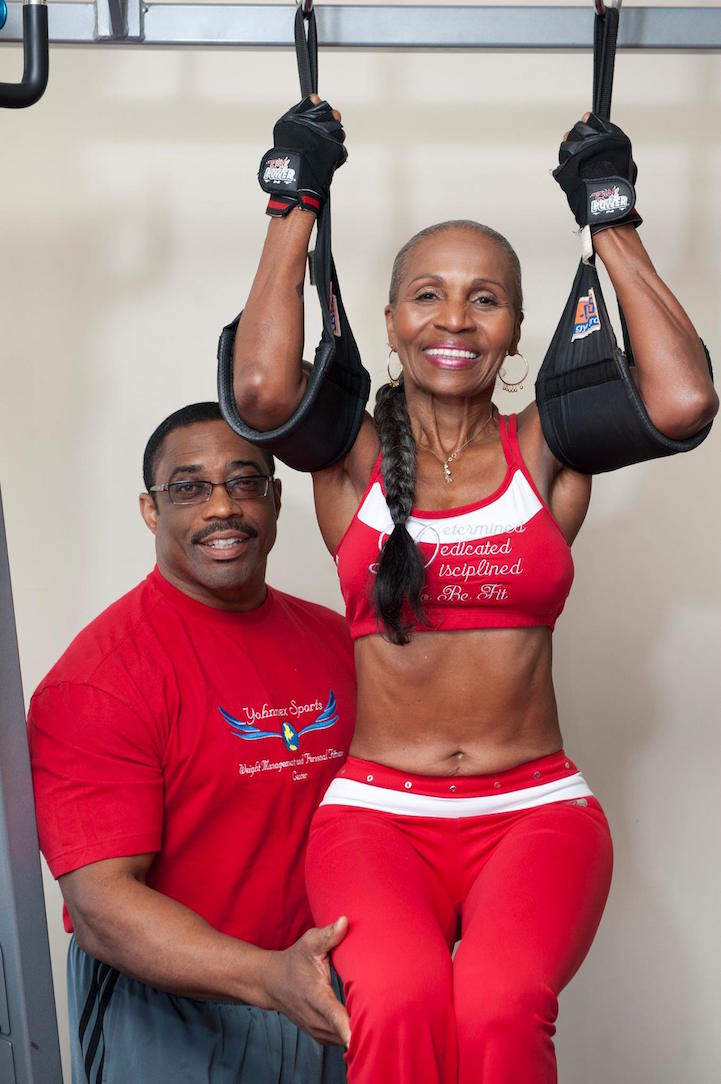 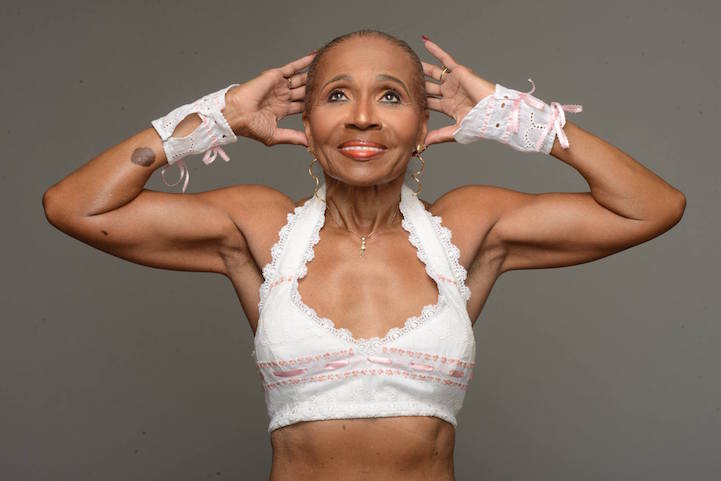 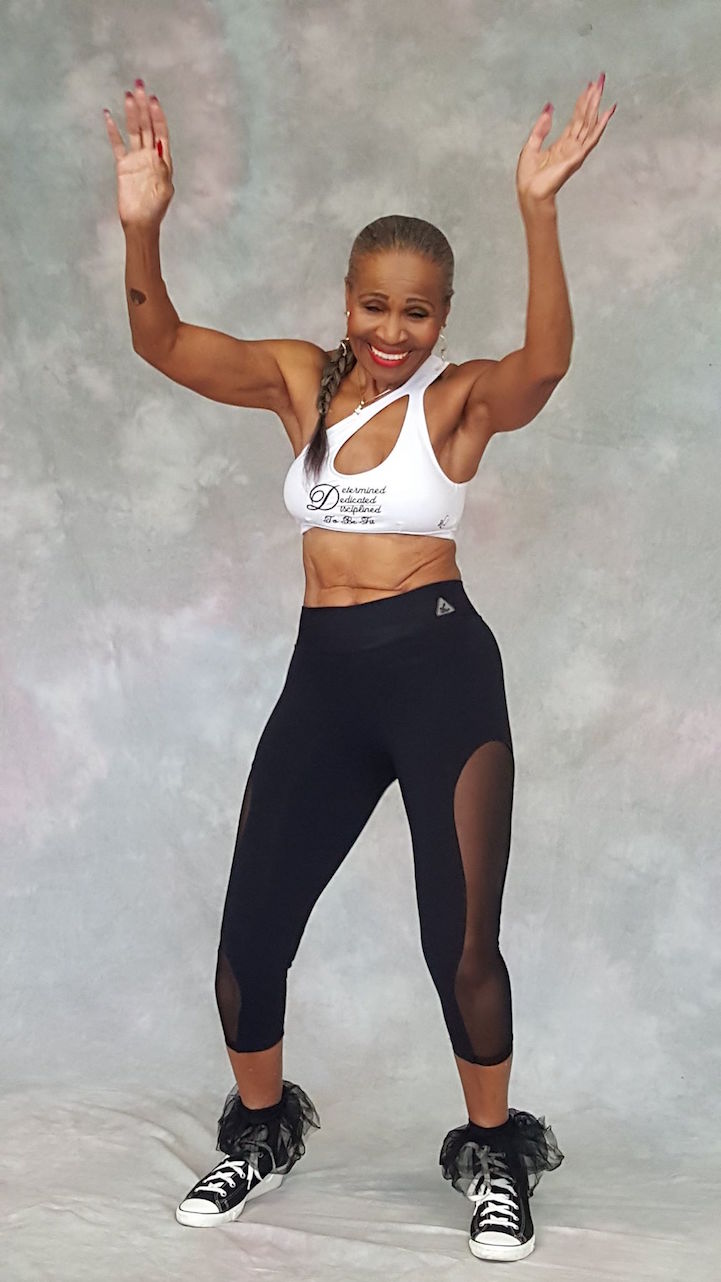 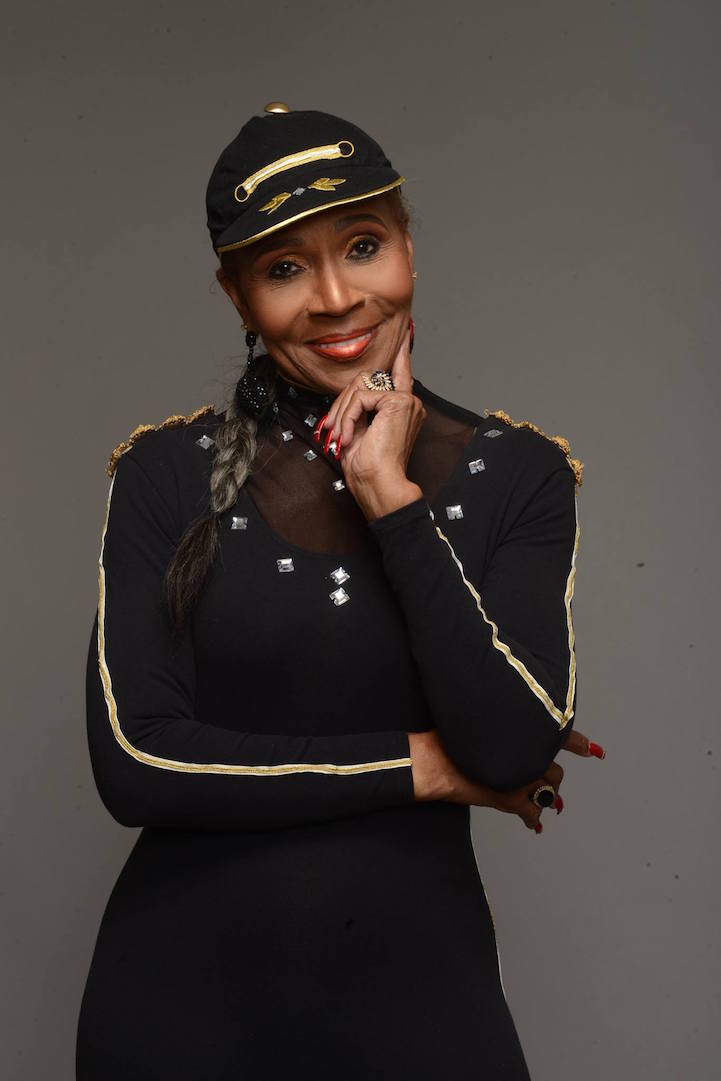 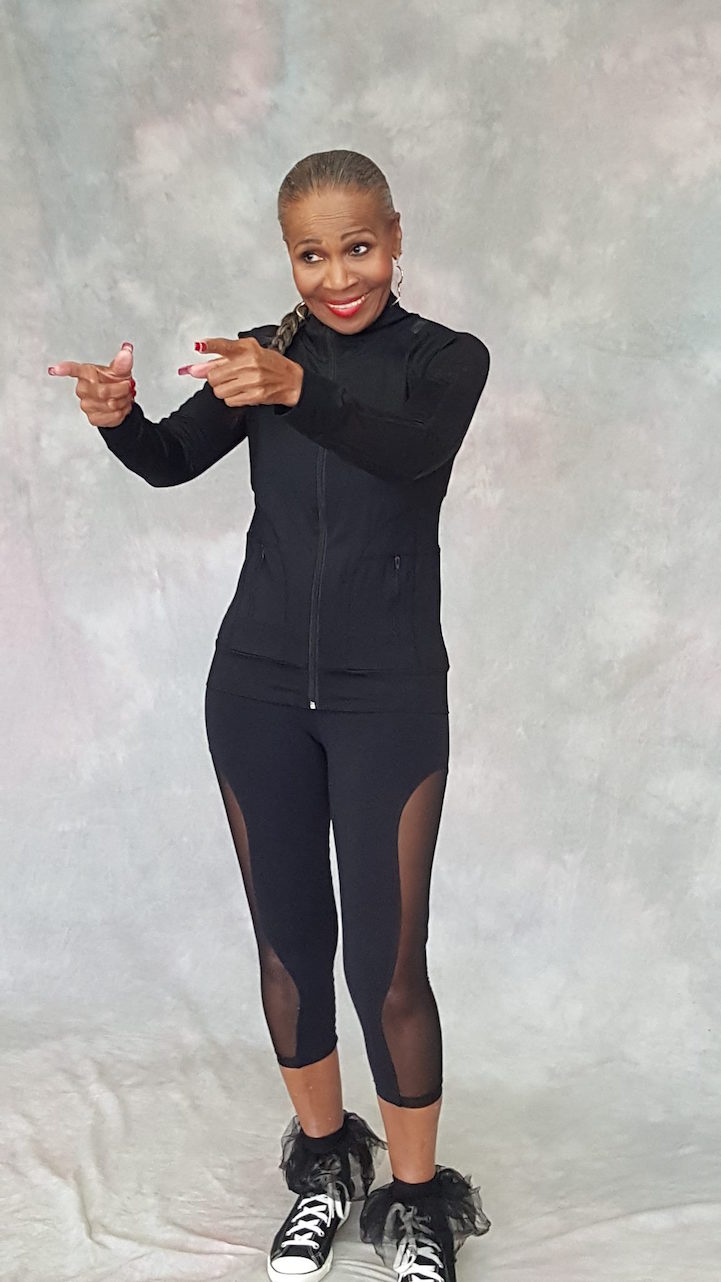 All images via Ernestine Shepherd