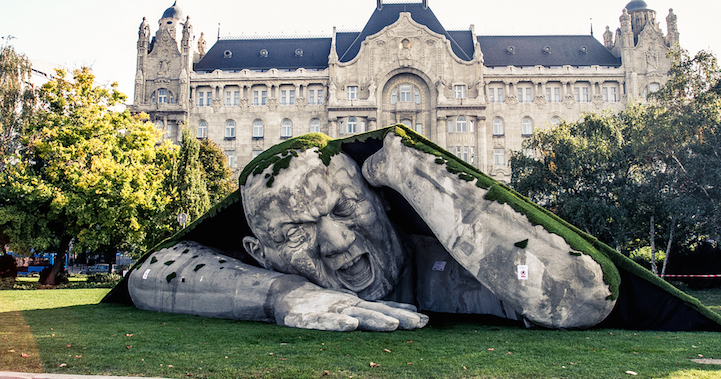 A gigantic man crawls out from the earth in this spectacular outdoor sculpture titled Feltpve (“ripped up” or “popped up”) by Hungarian artist Ervin Lornth Herv. Crafted from polystyrene, the larger-than-life sculpture was temporarily installed in Budapest's Szchenyi Square for the Art Market Budapest art fair that took place earlier this October.

With an expressive, snarling face, the colossal figure looks like he is erupting from a deep, underground lair, pulling up the lawn so that he can escape into the open air. The sculpture, which is rendered in subdued shades of gray associated with the earth and nature, is completely selfie-comptabible according to the artist, as Herv encourages viewers to circulate pictures of themselves and the installation on social media.

“I think that this is a truly contemporary piece of artwork, in an extremely large size. My goal was to show people that pieces of contemporary art can be integral parts of a city, that they can become one of its building blocks,” the artist says in an interview with Funzine. “I say that many more contemporary sculptures should be displayed on the streets of Budapest. I'm positively sure that not only tourists would love them, people living in the city would too. Let's dare to create!” 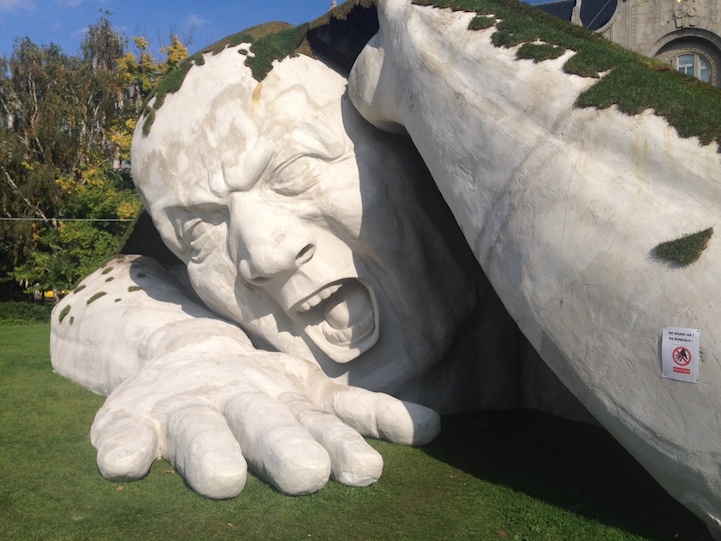 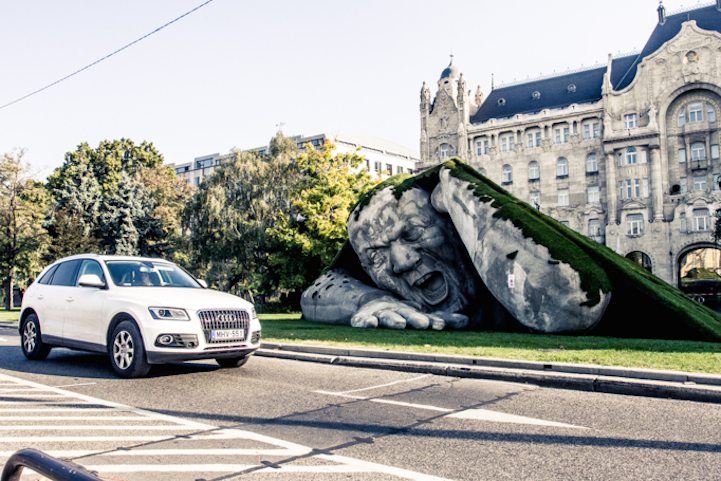 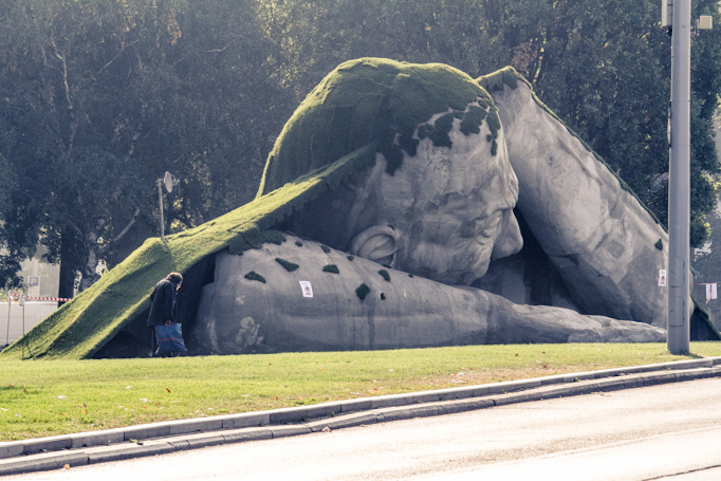 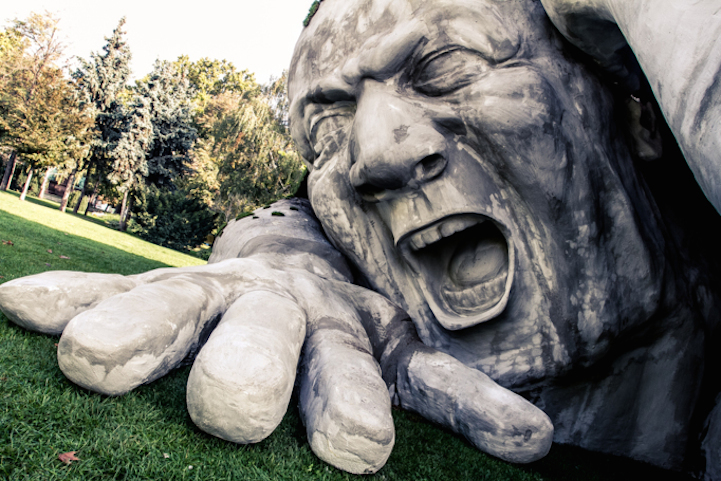 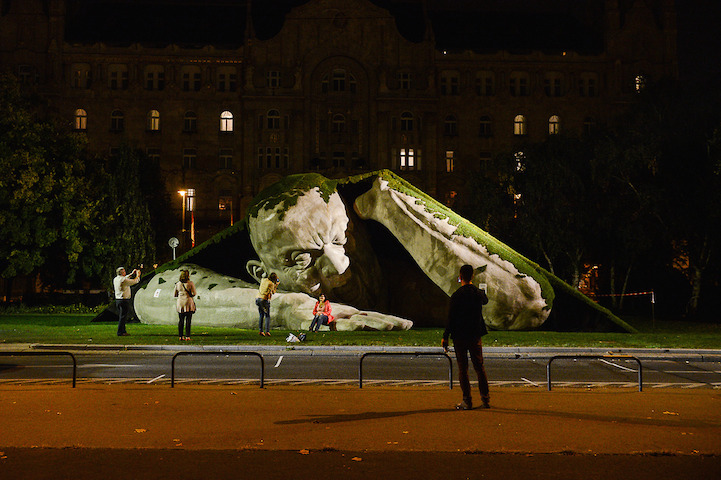 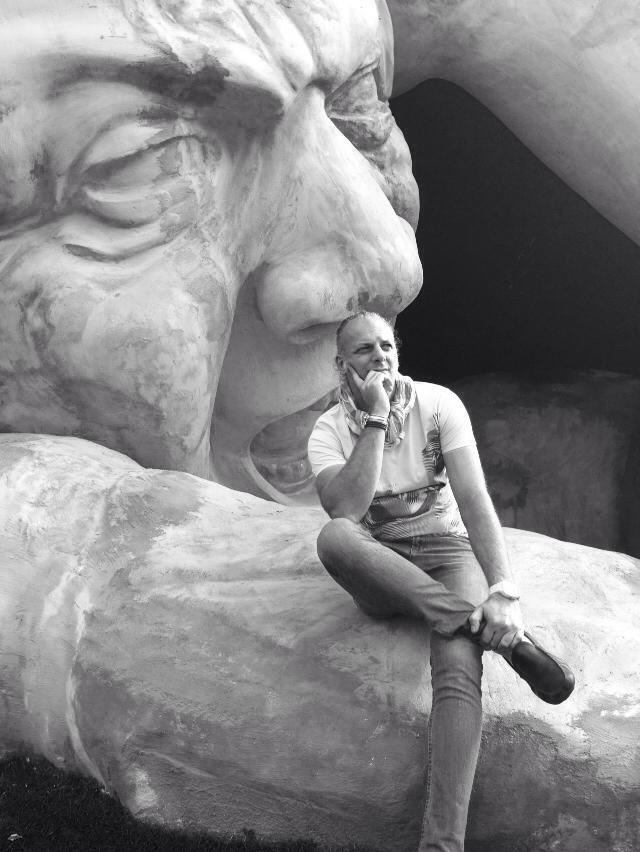