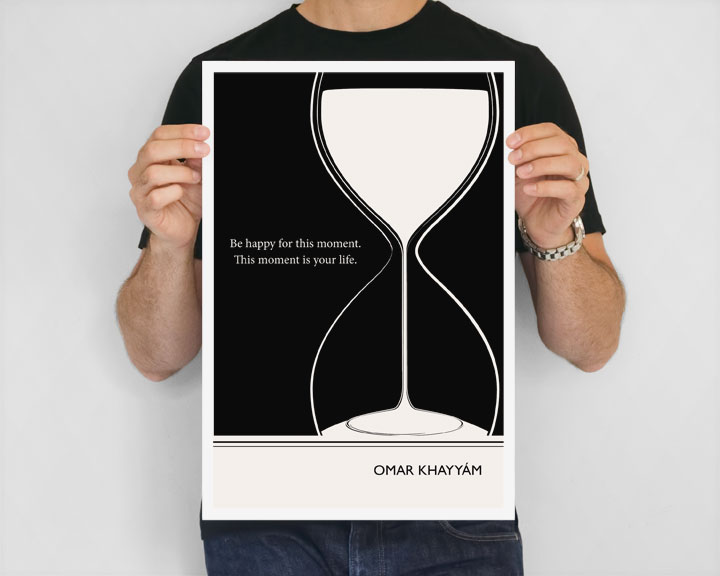 Let's say goodbye to 2013 and hello to a new year with these beautiful literary posters. Evan Robertson of Obvious State is behind this inspiring project where he takes meaningful quotes from famous authors and illustrates them in an incredibly clever way. His goal is to design 50 original prints, inspired by great authors, philosophers and thinkers.

Though I still love one of his first creations, the Ernest Hemingway illustrated quote, “Write drunk, edit sober,” I continue to love seeing what Robertson comes up with next.

What's interesting about each illustration is that sometimes you have to sit and stare at the piece for a few seconds until you finally see the hidden message. For the one above, for instance – “Be happy for this moment. This moment is your life.” by Omar Khayyam – Robertson states, “My illustration depicts two superimposed glasses – a wine glass and an hourglass – representing the two opposing ideas that dominate the poem: the brevity of time and the sweetness of life.” Below, after each literary quote, you'll find Robertson's interpretation. It's like he's giving you hidden clues into his wonderfully interesting world. 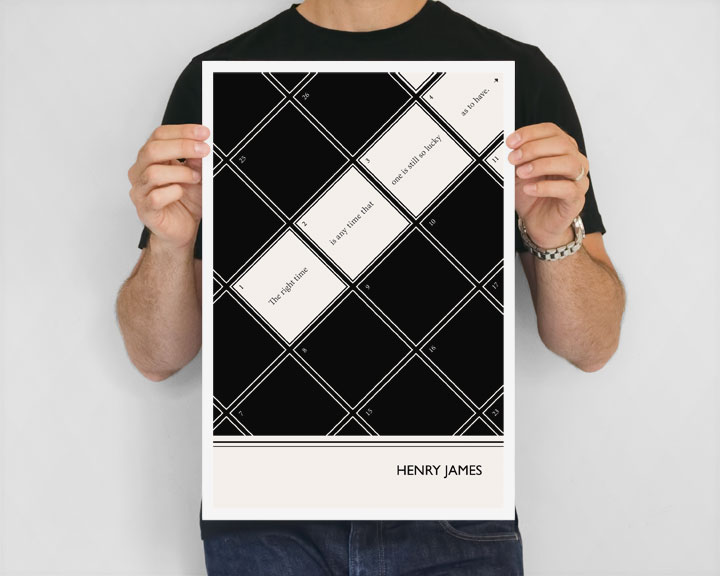 “A calendar on its side transforms itself into an arrow. Time's ticking. Let's go.” – Evan Robertson 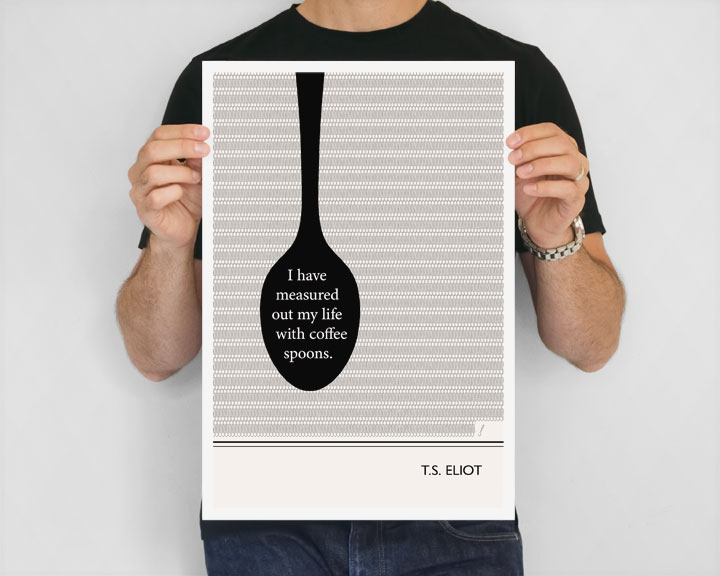 “I have measured out my life with coffee spoons.” – T.S. Eliot

“In this illustration, I quite literally measured out my life with coffee spoons, one for each cup I have drunk, woven into a sort of table cloth. Wherever you are in your own love affair with coffee, take pride in the fact that you are in the company of giants like Mr. Eliot.” – Evan Robertson 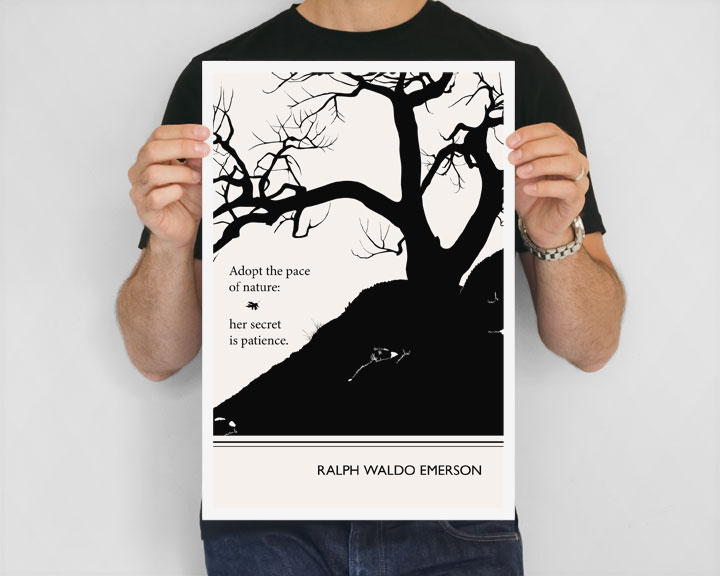 “Adopt the pace of nature: her secret is patience.” – Ralph Waldo Emerson

“I'm always recharged and awed by the stillness in the woods, and it makes me think of Emerson. In this illustration I wanted to explore nature as an animated, living thing, in this case the hill is also a buck hiding in plain sight.” – Evan Roberston 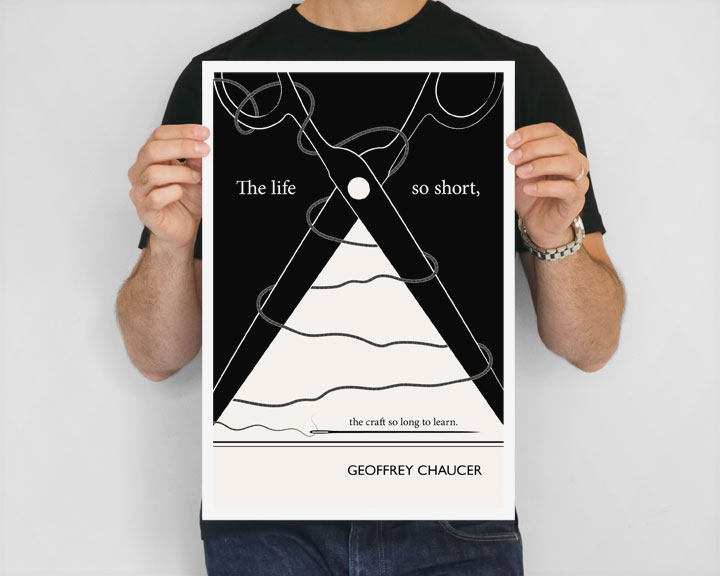 “The life so short, the craft so long to learn.” – Geoffrey Chaucer

“The blades of a pair of dark shears create the silhouette of a mountain, and a thread forms the path upward. This design was inspired by Chaucer's stories as well as the Greek myth of the Three Fates, who measure and cut the thread of every person's life.” – Evan Robertson 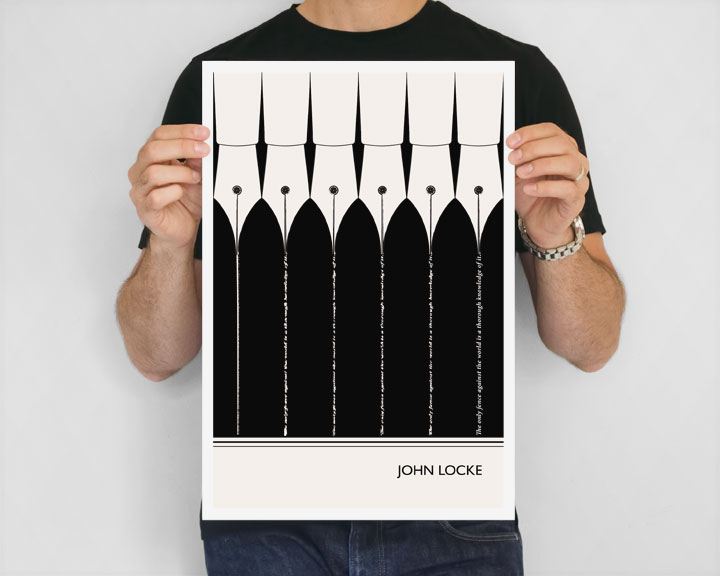 “The only fence against the world is a thorough knowledge of it.” – John Locke

“A repeated pen practices its writing, and through this study learns to express the quotation. The empty space formed by the pens creates a fence.” – Evan Robertson 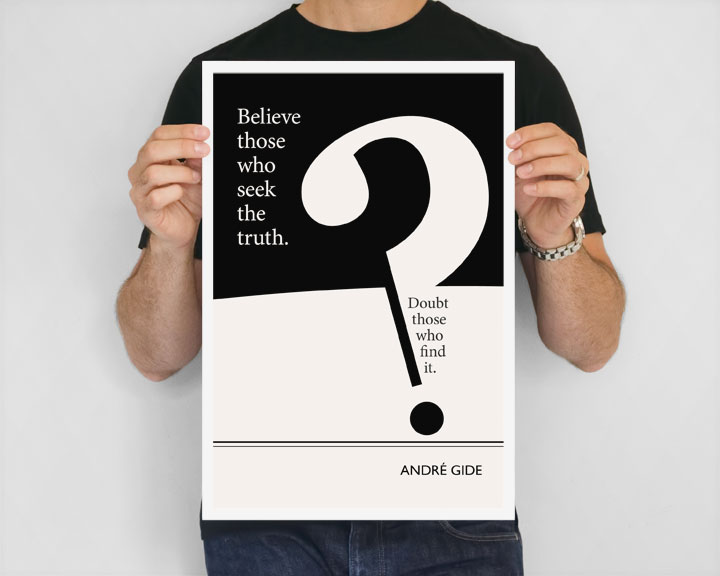 “Believe those who seek the truth. Doubt those who find it.” – Andr Gide

“There is no shortcut to wisdom, and the roundabout way is really the only way there. And anyone who offers a shortcut is selling something. The illustration is divided into two parts, a puzzle-piece-shaped question mark and its severed tail, which now falsely resembles an exclamation point.” – Evan Robertson 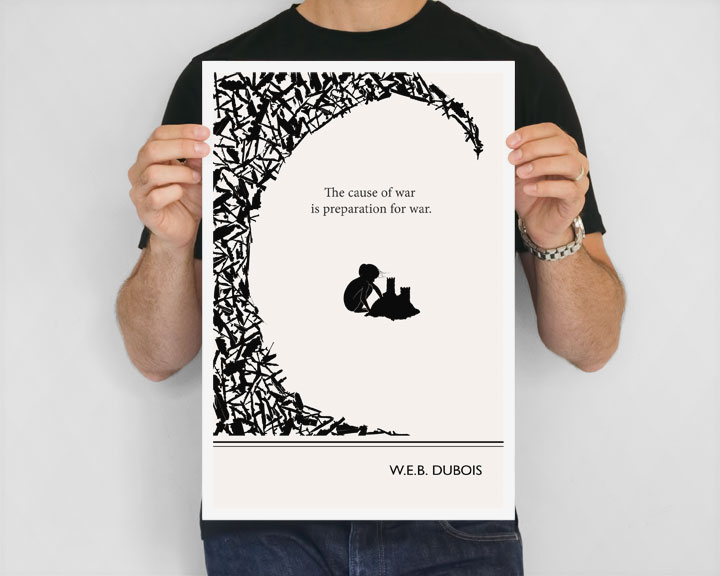 “The cause of war is preparation for war.” – WEB Du Bois

“An unsuspecting child builds a sandcastle as an impossibly large stockpile of armaments crests above her like a wave.” – Evan Robertson 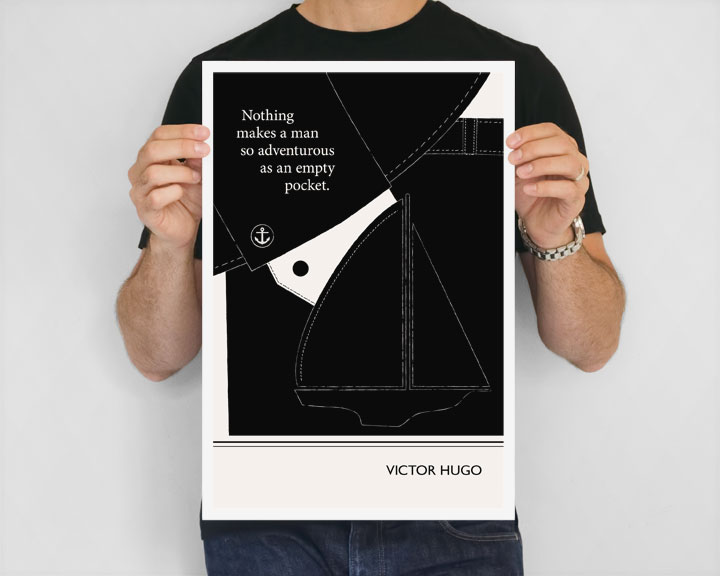 “Nothing makes a man so adventurous as an empty pocket.” – Victor Hugo

“As the hand reaches down for whatever it can find, an empty pocket transforms itself into a sailboat.” – Evan Robertson 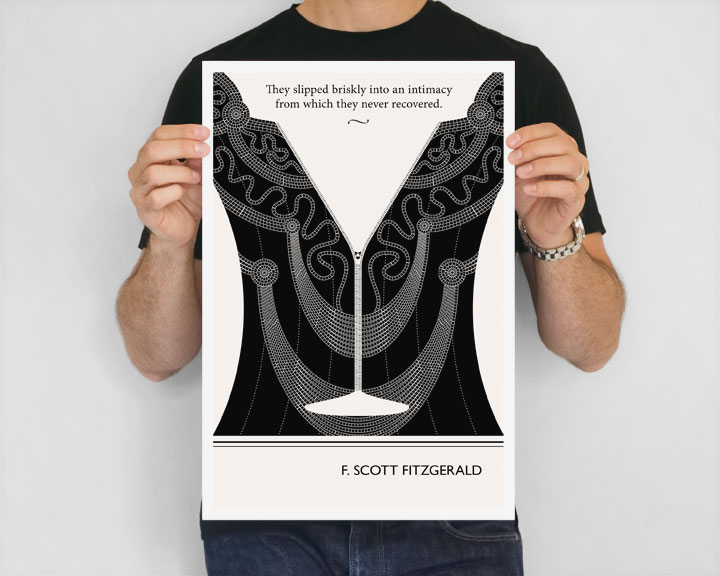 “They slipped briskly into an intimacy from which they never recovered.” – F. Scott Fitzgerald

“The roaring twenties, when booze was illegal and dresses were flappy. I love this quotation from This Side of Paradise; it reminds me of the headlong intoxicated rush into mutual obsession, the kind of love that usually ends badly. Here, the flapper dress transforms into a martini glass as it is unzipped.” – Evan Robertson 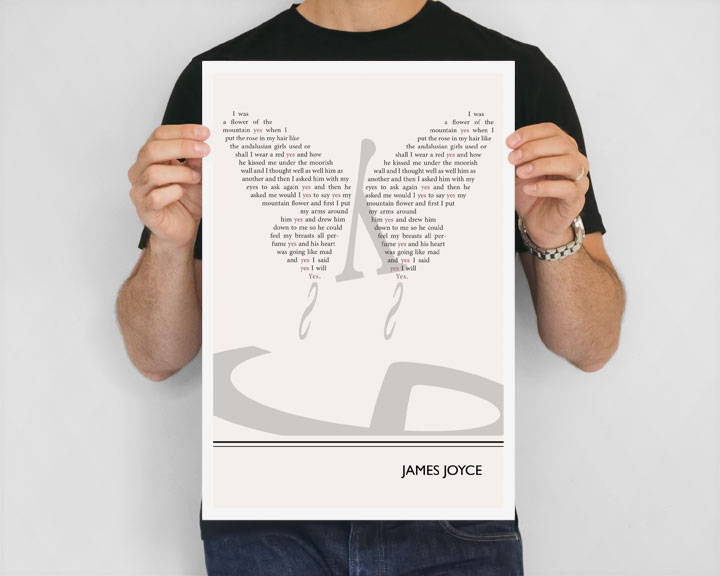 “I was a flower of the mountain yes when I put the rose in my hair like the andalusian girls used or shall I wear a red yes and how he kissed me under the moorish wall and I thought well as well him as another and then I asked him with my eyes to ask again yes and then he asked me would I yes to say yes my mountain flower and first I put my arms around him yes and drew him down to me so he could feel my breasts all perfume yes and his heart was going like mad and yes I said yes I will Yes.” – James Joyce

“For anyone who believes that James Joyce wrote Ulysses as an intellectual exercise designed to torture English majors, I appeal to you to re-read Molly Bloom's soliloquy, which in my illustration form the wings of a butterfly emerging from a cocoon. The additional details of the illustration (the body, hindwings and the cocoon below) are formed from the dominant word in the monologue, ‘yes.'” – Evan Robertson