Exclusive Interview with a Death-Defying Rooftopper 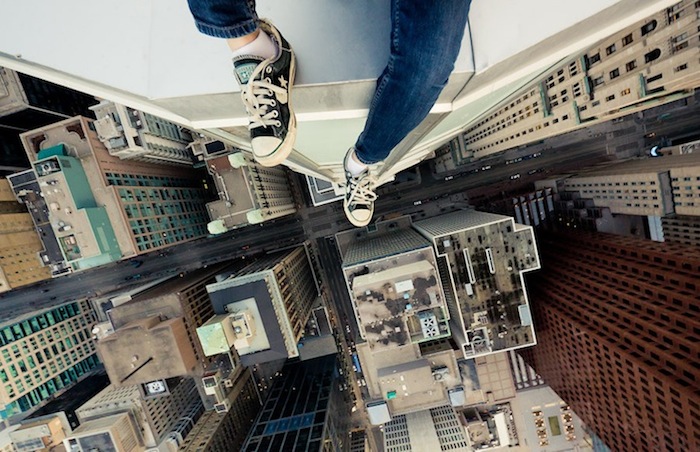 When we were first introduced to Tom Ryaboi through Kevin Chung's post, Adrenaline Pumping Aerial Photography, we knew we had to get in touch with him. As one of today's most well-known rooftoppers (see Daily Mail article), Ryaboi seeks out tall skyscrapers in major metropolitan cities, and then proceeds to take photos right over their edge.

“When I started rooftopping in 2007 I actually didn't know anyone else that was doing it,” Ryaboi tells us in this exclusive interview. “I kinda just went for it. I got a rush from getting on these roofs, especially the first moments as I came out of the hatch (of a skyscraper). Looking out across the plane of the horizon everything becomes unhurried, its almost like you see the world in slow motion, fully visceral.

“I felt like i had discovered something (although I'm obviously not the first), I had no choice but to share this with people. Everyone i introduced to rooftopping became fully hooked and the snowball started to roll. Little would I know, less then 5 years later, there would are groups of men and women dedicated to getting on every roof in the city (Toronto) and across the world.”

Why does he dangerously dangle his feet over the edge of a skyscraper? What first inspired him to take photos at those death-defying heights? “I guess I could never let myself adhere to the artificial boundaries created by our society, I think we all have an aptitude to explore our surroundings, to venture out into the unknown,” he says. “The only real limits that exist are the ones that we've set in our head, once you break through you're free. For me, the only place to go was up, where I could look out and see the what I loved, the urban jungle below.

“Sitting on a roof of a skyscraper in the core of the city, everything slows down, the sounds from the busy streets are muted and the speeding cars and people below become small and inconsequential. What becomes prominent is the sheer beauty of the city, the rising columns from the ground to the sky, the bridges and highways and the rest of the infrastructure that pulls it all together.

“It's a great place to just sit and think, as you watch the city slowly move about, you cant help but become introspective. You start to wonder about how we got here, and where we're going… somewhere along the line I picked up a camera and started taking pictures.” 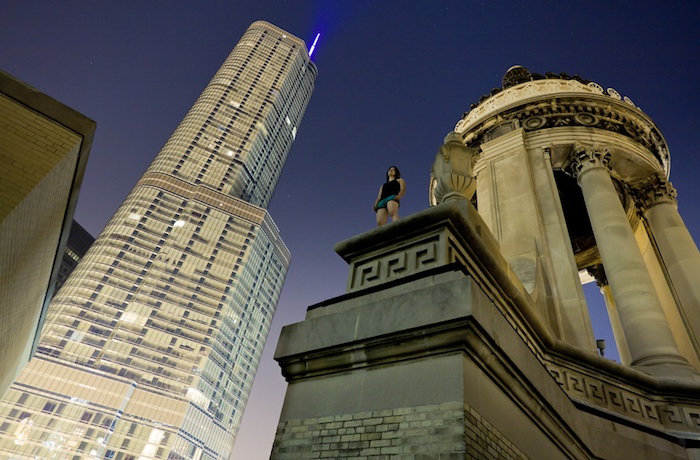 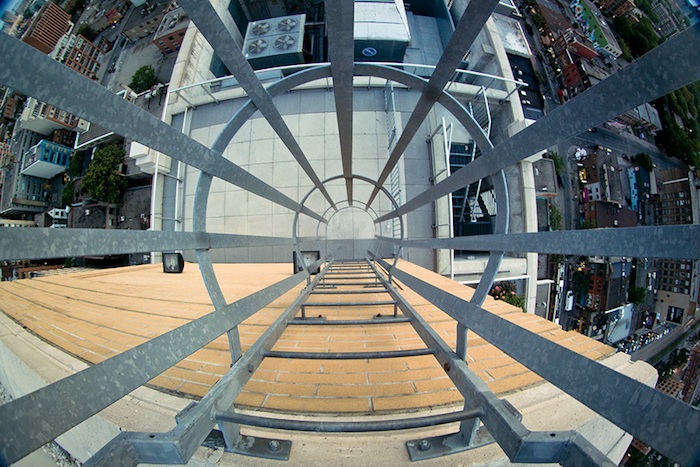 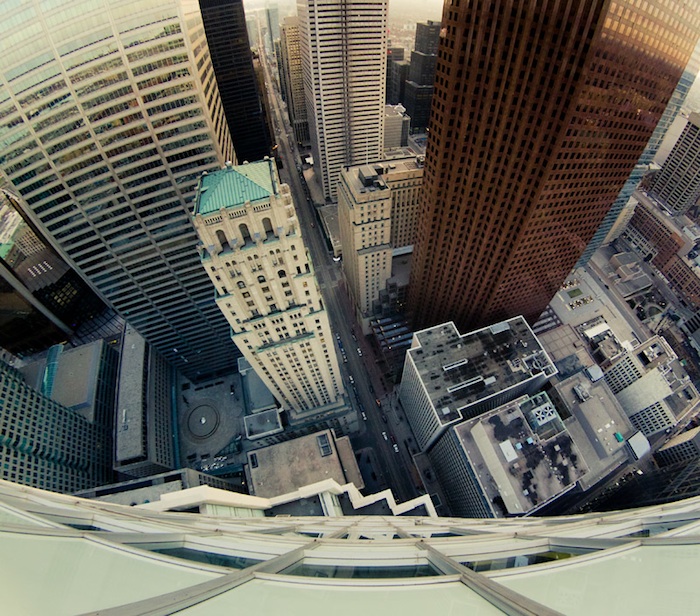 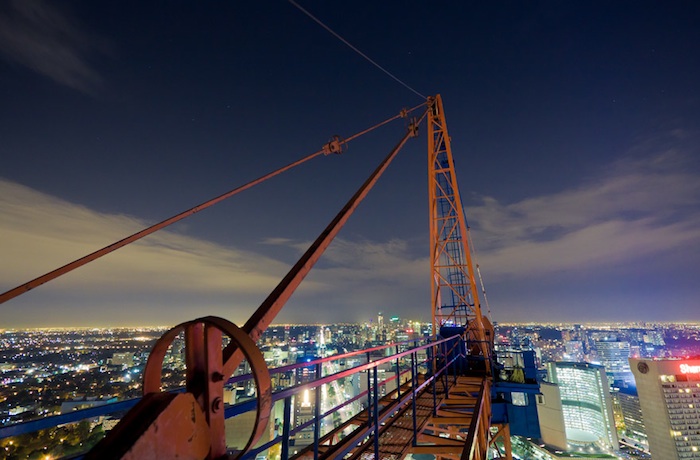 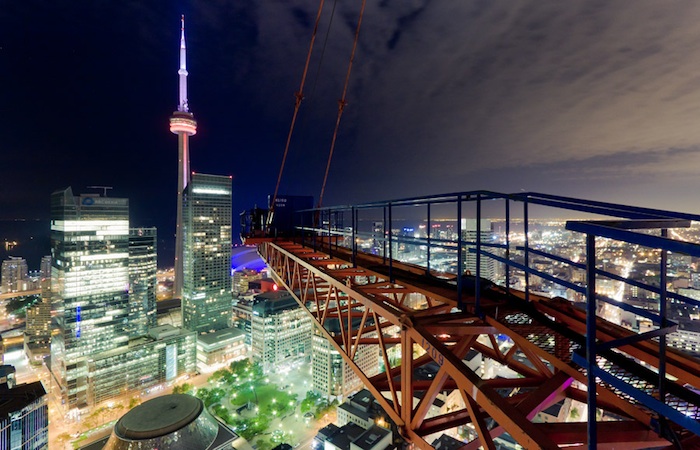 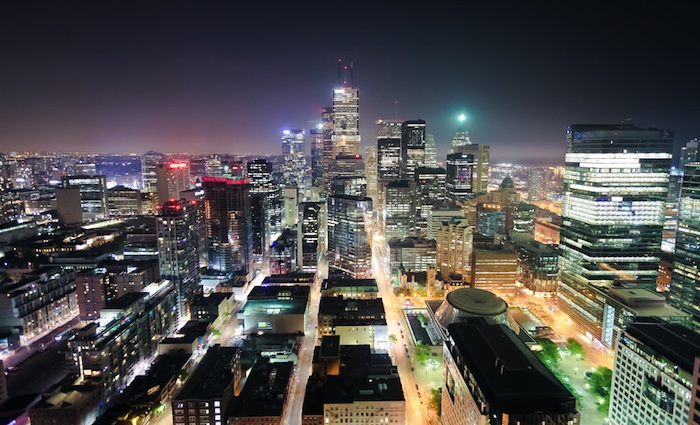 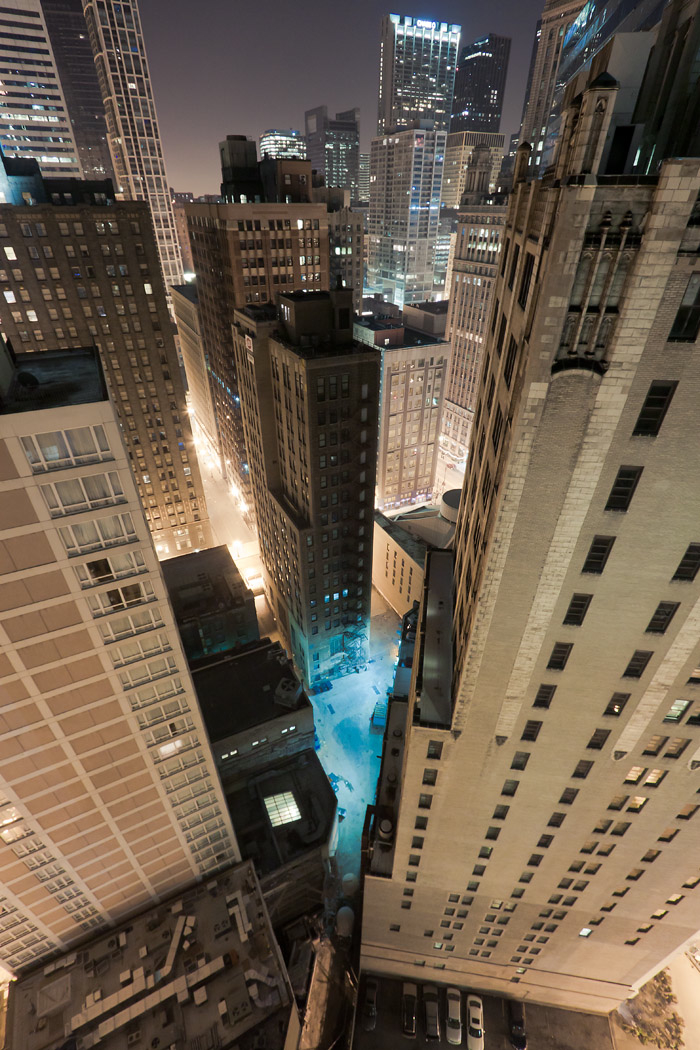 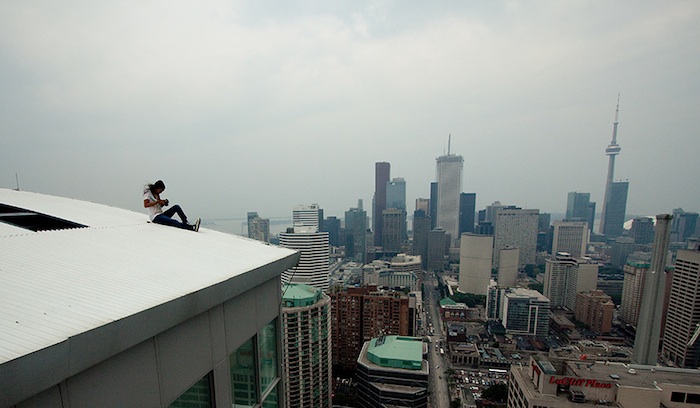 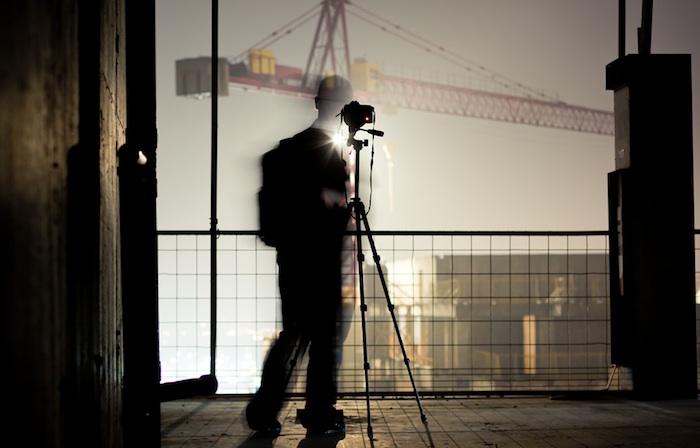 When I asked Ryaboi what tip he could give to others who are brave enough to take these kinds of shots, he simply said, “Get a tripod and remote. The secret's out!”

If you thought rooftoppers only had to worry about their fear of heights, you'd be wrong. Unforeseen challenges can arise at any moment. “A few weeks ago, a couple of like-minded people and I managed to get onto an epic roof, here in Toronto,” Ryaboi shares. “We walked around and just as we started setting up to take some photos, out of the blue, a huge creature attacked us from skies. Turns out we stumbled upon a roof housing a falcon's nest, one of the few left in the city, needless to say mama and papa falcon were not happy at our presence there.

“They continued to dive bomb us for a while and they actually came within inches of our heads. We got the message, we took a few photos and went on our way. Urban falcons 1, Rooftoppers 0.”

If you love Tom's heart-pumping photos, you can pick up one of his prints over at our new online art store, My Modern Shop.

(Note: The feet in the first photo are not Tom Ryaboi's, they are Jennifer Tse's from PencilPrism.)