Explosive Photos of the Burning Man Spaceship in Flames 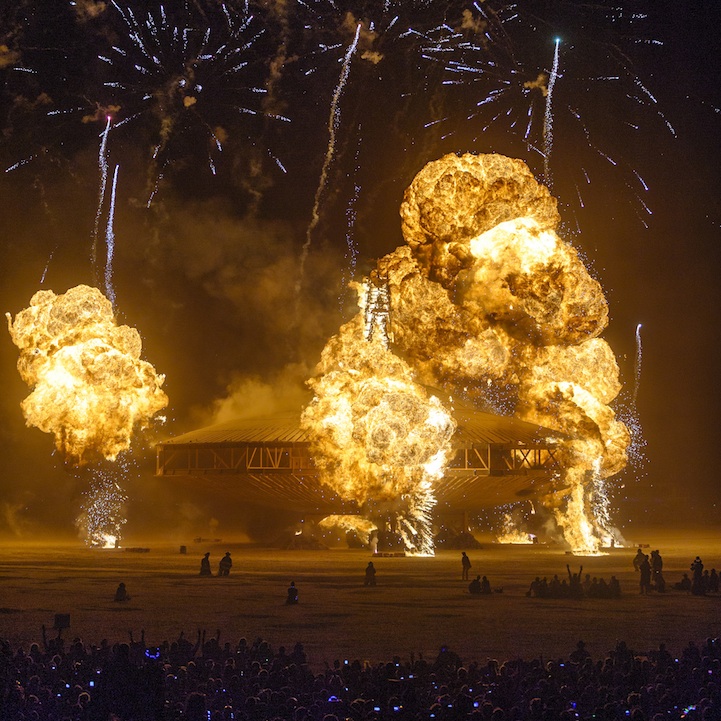 Photos are just starting to emerge of this year's Burning Man, the annual festival that draws tens of thousands to Nevada's hot Black Rock Desert for one week each year to become a part of a special group dedicated to art, community, self-reliance and self-expression. This year, 61,000 people attended the near sold out event where they were able to witness first-hand the famous Burning Man figure (otherwise known as The Man) and the spaceship-like pavilion he's standing on burn dramatically to the ground.

The art theme for Burning Man 2013 was Cargo Cult which is based on the history of the Melanesians worshiping a mysterious deity figure named John Frum. As the Burning Man website explains, “Our story begins in Melanesia during World War II. Thousands of American GIs suddenly descended on this South Sea island chain, bearing with them unimaginable riches: magical foodstuffs that never spoiled, inconceivable power sources. Just as abruptly the troops departed, leaving only broken, rusted Jeeps, crumpled beer cans, and the memory of Spam. To the astonished eyes of the natives, this was a miraculous occurrence, and they yearned for the return of abundance. Accordingly, they built totemic sky-craft in an attempt to summon back these Visitors and their legendary leader, the man the Melanesians called John Frum. They had formed a Cargo Cult.”

The impressive pavilion was designed by Lewis Zaumeyer. 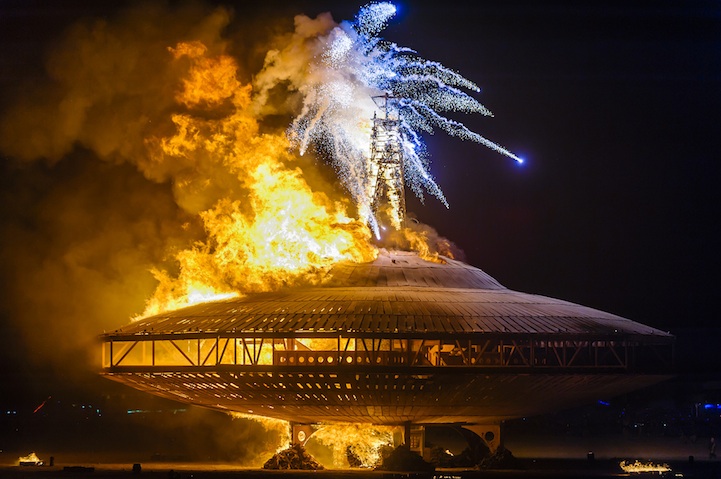 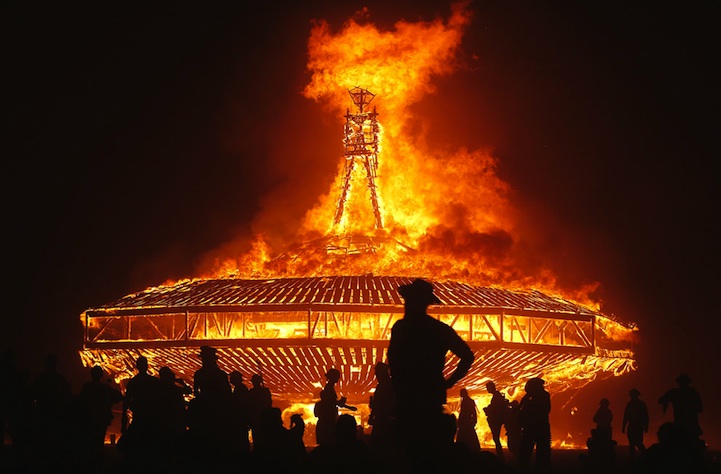 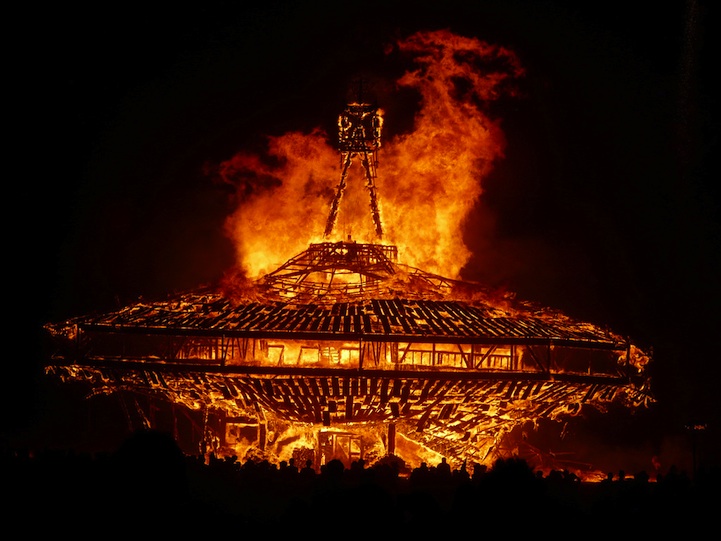 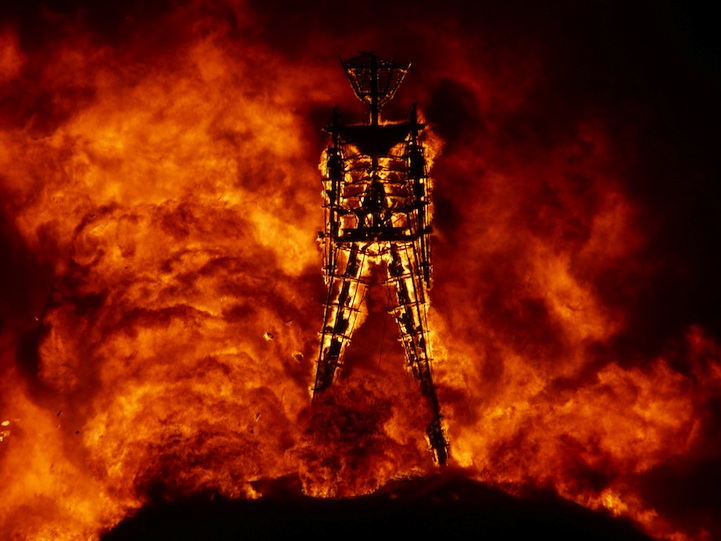