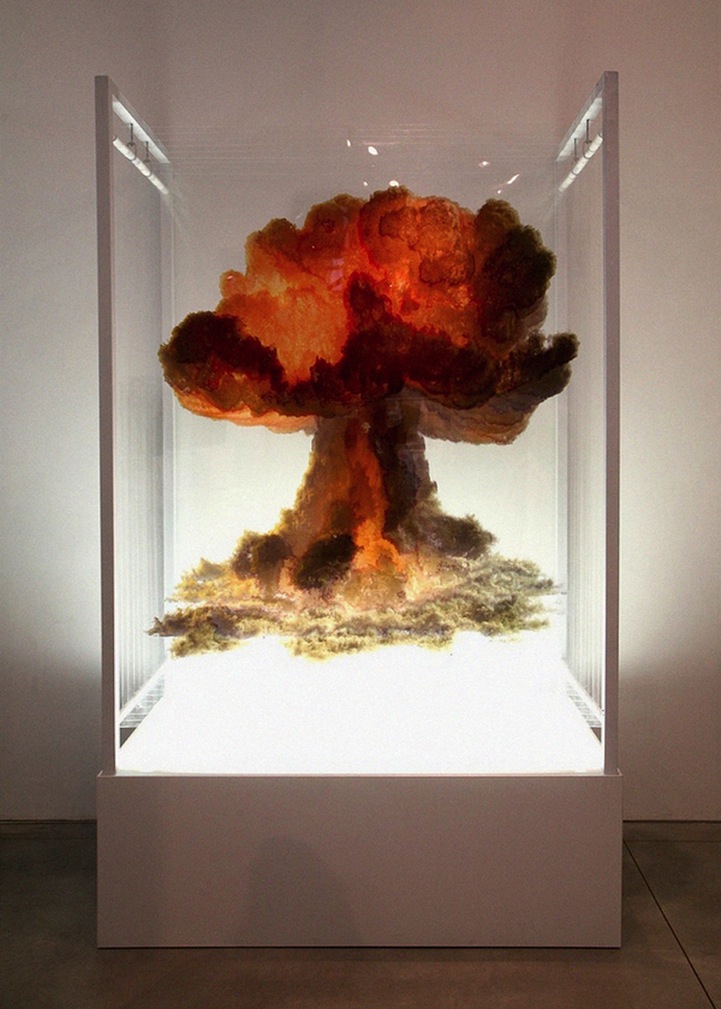 Israeli artist Eyal Gever explores catastrophic events through his art. In his pieces known simply as Nuclear Bomb and Large Scale Smoke, he fabricates the fiery mushroom cloud that forms from an atomic explosion and the suffocating carbon and debris that billows from a volcanic eruption, respectively. Gever explains his fascination with disaster by saying, “My work captures and freezes catastrophic situations as cathartic experiences.”

The artist's process involves three stages of development, utilizing a complementing trio of mediums for each project–a 3D model, an orthographic sculpture, and a digital print. The artist, who opted to attend art school following his introduction to 3D simulation through his service in the Israeli army, generates a digital rendering of his desired effect, reproduces it in a physical form, and digitally captures them on a two-dimensional plane. The sculptural work implements a layered effect, giving it an entirely different, sliced perspective from the side.

Gever says, “I am influenced by the destructive impact within our environment. Uncontrollable power, unpredictability and cataclysmic extremes are the sources for my work. They inspire, fascinate and remind me of the constant fragility and beauty of human-life. Beauty can come from the strangest of places, in the most horrific events. My art addresses these notions of destruction and beauty, the collisions of opposites, fear and attraction, seduction and betrayal, from the most tender brutalities to the most devastating sensitivities. I oscillate between these opposites.” 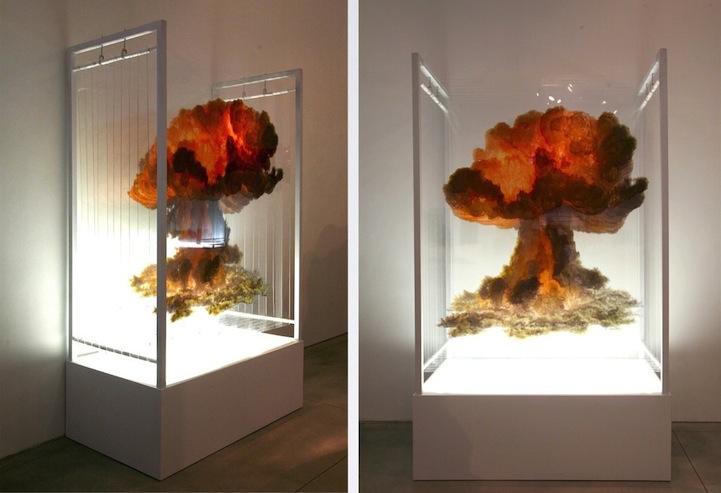 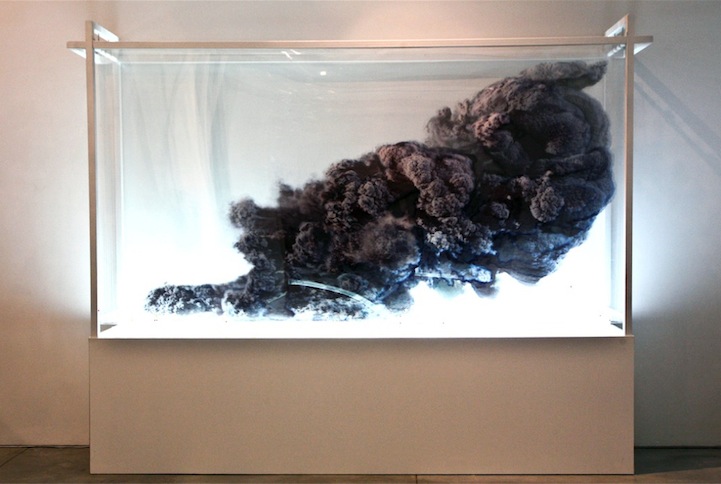 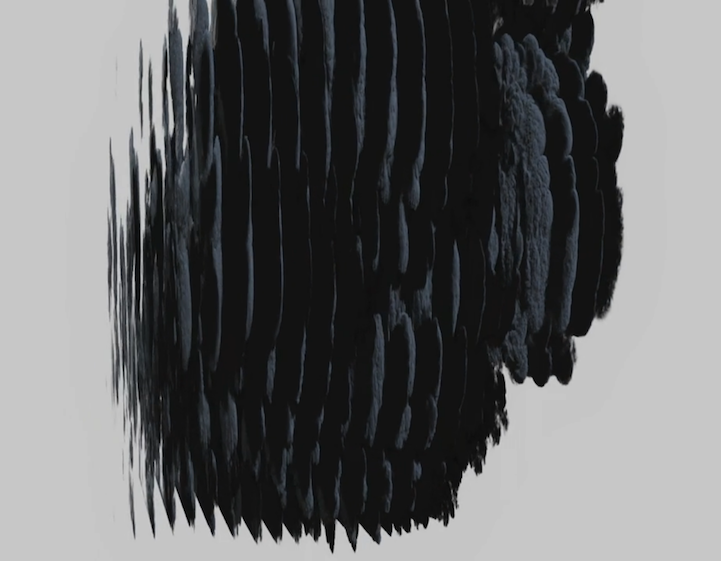 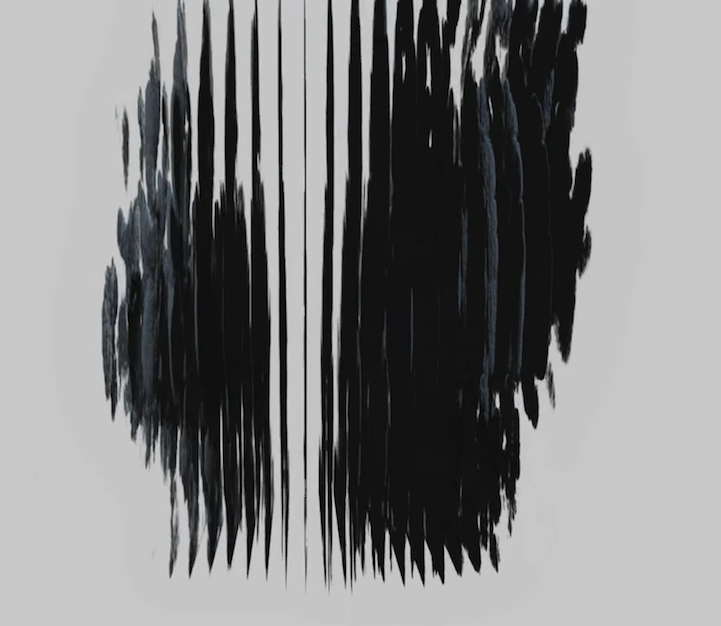