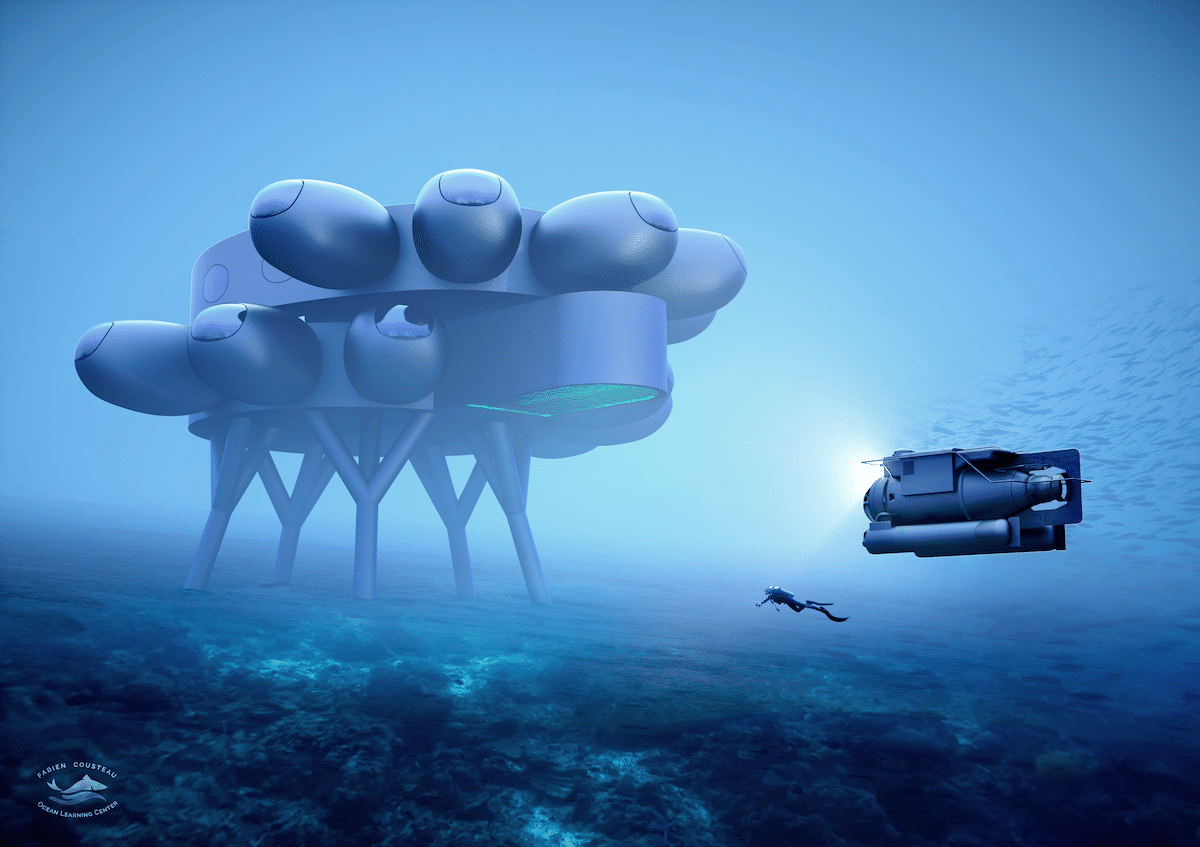 For Fabien Cousteau, the grandson of Jacques-Yves Cousteau, water has been a way of life. As an aquanaut and ocean conservationist, Cousteau has dedicated his life to following in his grandfather's footsteps and unraveling the mysteries of life underwater. Now, he's focused on a new goal—to create the world's largest underwater research laboratory.

Named after a mythological sea god, Proteus will be a 4,000-square-foot livable habitat for ocean researchers. Building on the legacy of the underwater bases Jacques Cousteau pioneered in the 1960s, Proteus takes things a step forward. Equipped with state-of-the-art laboratories, it will allow researchers to process their samples in real-time. The underwater research habitat, which will be located off the coast of Curaçao at 60 feet underwater, will become the ISS of the sea.

“Proteus will not only provide unprecedented access to the ocean for the aquanauts and scientists on board, but also the world,” Cousteau tells My Modern Met. “There will be a state-of-the-art production lab on-site that will allow for lectures to be live-streamed, connections to be made via social media, and interviews with the press to be held. Having this type of access to the ocean is necessary for any changes to be made—since, as my grandfather said: ‘People protect what they love, they love what they understand, and they understand what they are taught.' Without the knowledge of the ocean being further tapped into and shared, how can we start to create any meaningful change?” 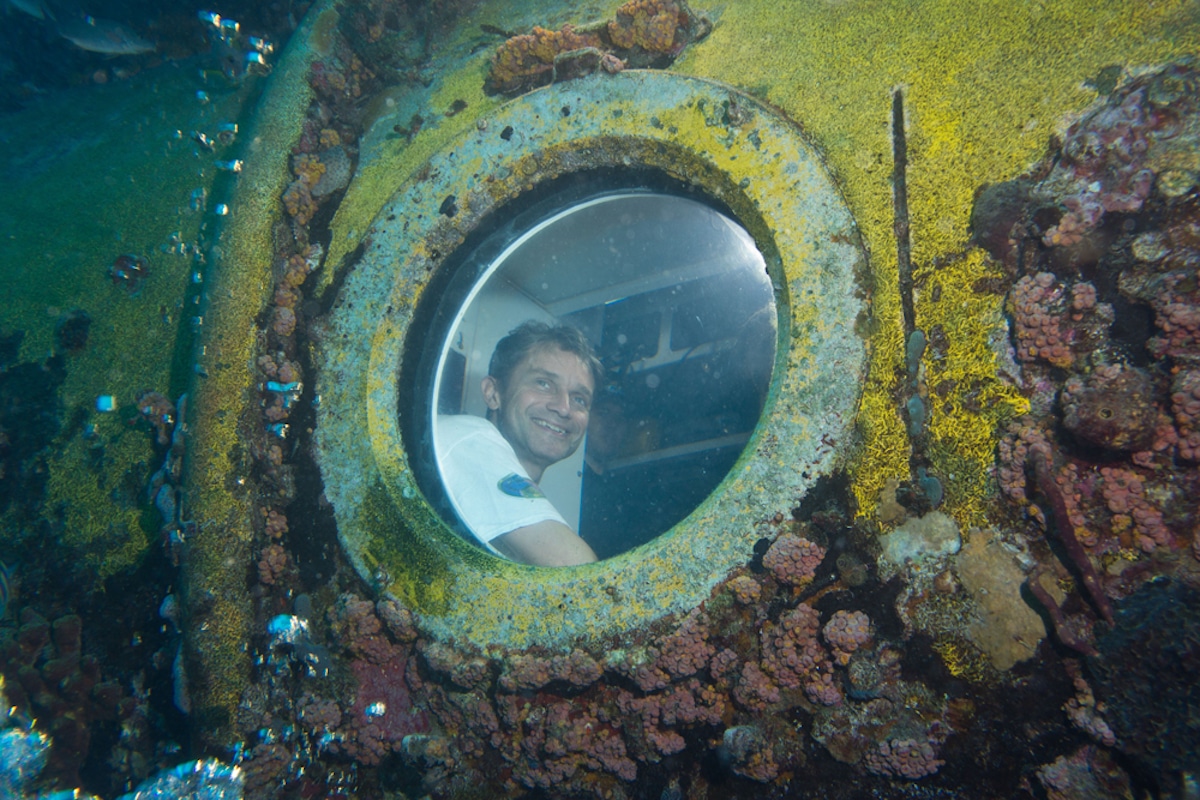 The recently released concept designs for Proteus, which were created by Yves Béhar of fuseproject are a far cry from the underwater bases of yesteryear. In fact, they make Aquarius Reef Base, the only remaining underwater research station, look minuscule. Cousteau spent one month aboard Aquarius in 2014, and many of the challenges he faced there are addressed in Proteus.

This not only includes the addition of on-site labs, but a layout that maximizes the quality of life while living underwater. The research base is structured on two levels that are connected by a curving ramp. The central social space is surrounded by pods that house living quarters, labs, medical facilities, and bathrooms. Portholes and skylights help bring in as much natural light as possible, while full-spectrum lights will ensure that scientists receive the minimum amount of UV exposure needed each day.

One of the exciting benefits of Proteus is that it will allow for extended study of deep-sea life. “Living underwater gives the gift of time and the incredible perspective of being a resident on the reef. You're not just a visitor anymore,” says Sylvia Earle, legendary marine biologist, explorer, and Ocean Ambassador of the Fabien Cousteau Ocean Learning Center. 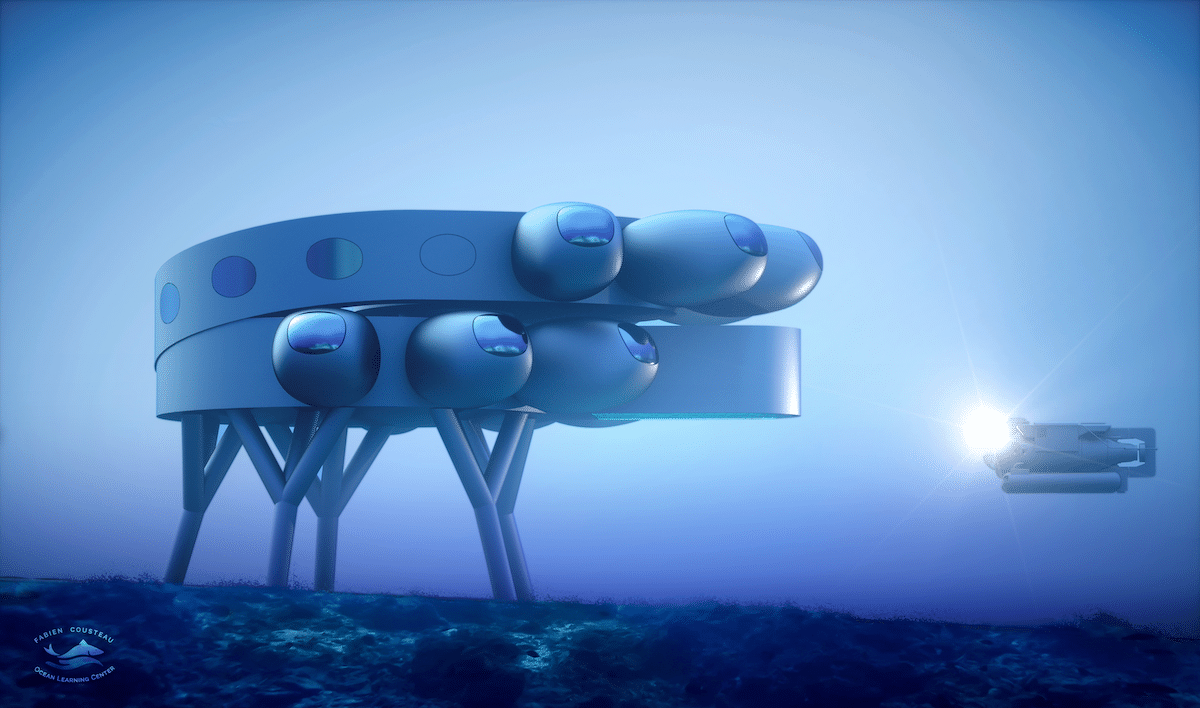 Having a base underwater mitigates some of the challenges that scuba diving presents to researchers. The nature of diving means that no more than two to three hours per day can be spent safely in deeper waters. That's a stark contrast from the eight to 12 hours that can be spent in the water due to saturation diving. This technique to reduce compression sickness works on the principle that after 24 hours, the human body has reached its saturation level with nitrogen. From that point on, it's possible to stay in an underwater habitat indefinitely without adverse effects.

Currently, Cousteau and his non-profit, the Fabien Cousteau Ocean Learning Center, are fundraising the $135 million needed to build and run the base for the first three years. Through this project, he's hoping to raise awareness about the need to advance ocean research.

“While Proteus may seem like a crazy idea, all who are involved in bringing the project to life are passionate, knowledgeable, and daring,” shares Cousteau. “You have to be, to be involved in something like this. The challenge comes with exciting even more people about this—and illustrating how underwater exploration is just as awe-inspiring as space exploration. And if not as important, more important. While I'm a huge supporter of space exploration—and would one day hope to explore the waters of Mars—why go hundreds of thousands of miles away, when you can dive underwater on our very own planet Earth?”

Proteus, the brainchild of Jacques Cousteau's grandson Fabien, will be the world's largest underwater research center. 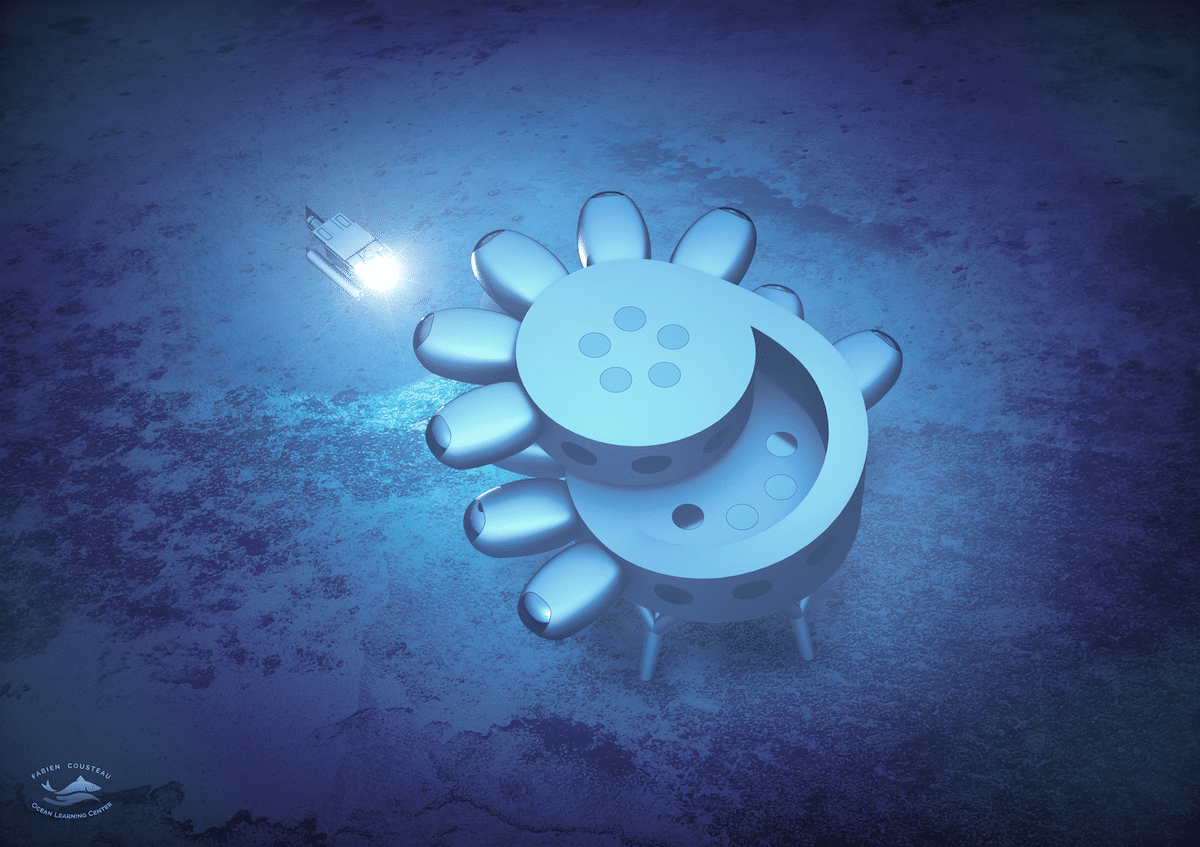 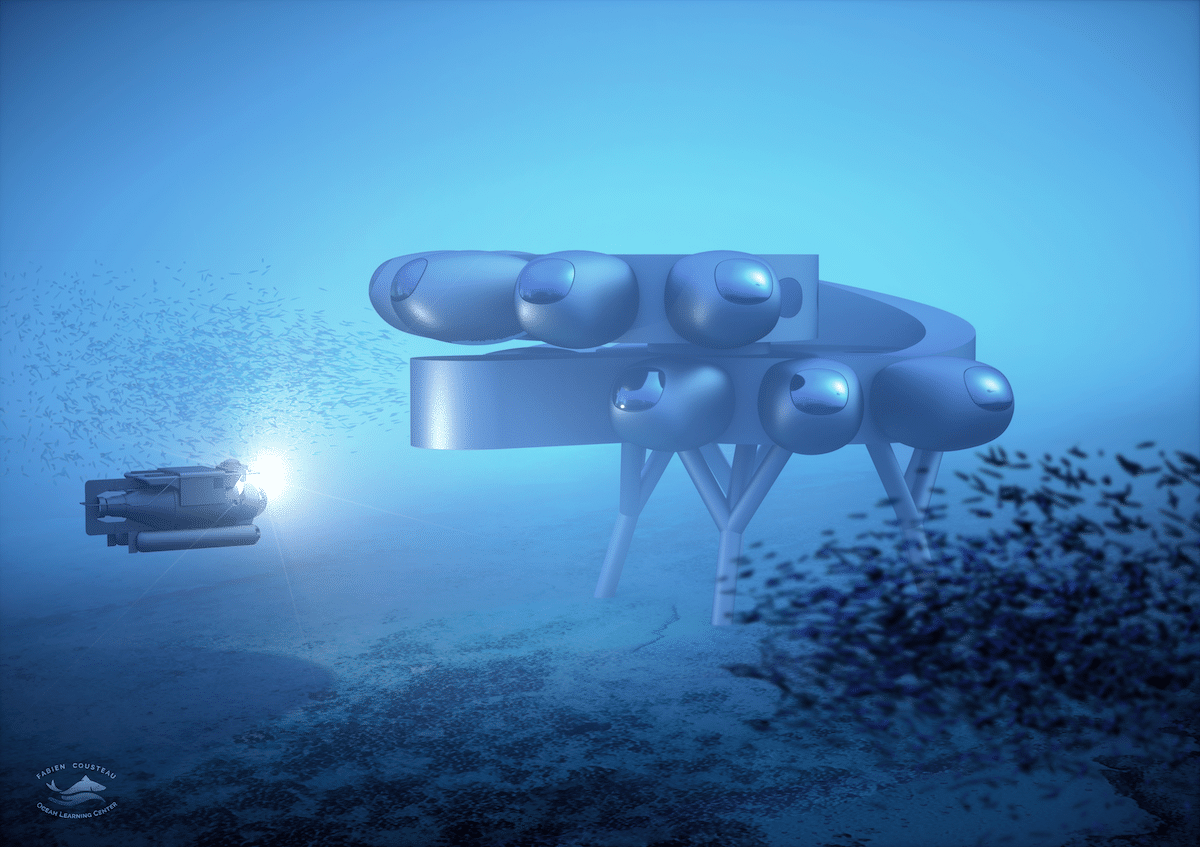 Excited about this research? Share
Like My Modern Met on Facebook
Get Our Weekly Newsletter
Become a
My Modern Met Member
As a member, you'll join us in our effort to support the arts.
Become a Member
Explore member benefits