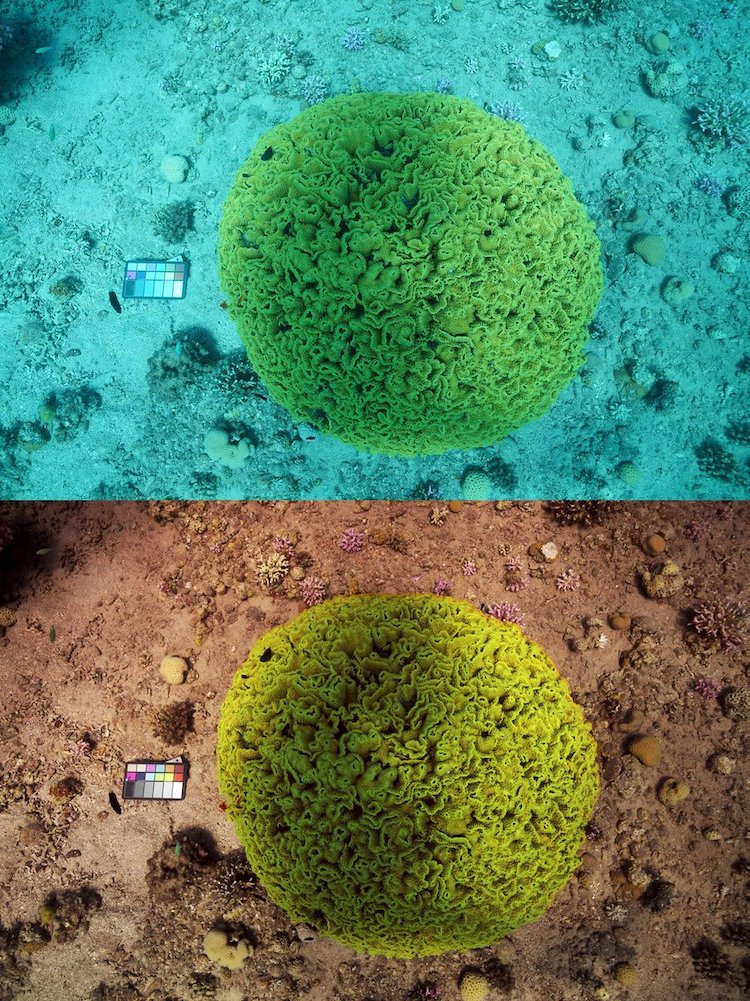 Underwater photography is captivating not only for the world it reveals but the particular quality of its colors. Tinged in blue and green hues, the murky tone of photos taken underwater can be fascinating, but what would life down below look like if we could see it in true color (without the marine filter)? Now, thanks to researchers from MIT and the University of Haifa, the underwater environment can be viewed with the same coloration we have above ground.

By digitally removing water from photographs, engineers are revolutionizing underwater imaging.  Sea-Thru is the name of this special technology, which uses an algorithm to erase the water and recover colors that are normally lost. Why is this so important? If you've ever tried to take a photograph with an underwater camera, you've seen just how difficult it can be. The way that light is absorbed in water and scatters about causes imaging that is often dim and completely overtaken by blue tones. For scientists, this can make it difficult to distinguish different species present in a still frame, making their work more time consuming.

Sea-Thru is innovative in that it removes the color cast and backscatter that cause these issues. What we're then left with is a crisp, colorful image that is more akin to a traditional landscape photo. The sample images published in the researchers' study speak for themselves. Overwhelmingly blue photographs are suddenly filled with different tones and life underwater takes on new meaning.

Engineer and oceanographer Derya Akkaynak and her postdoctoral adviser, engineer Tali Treibitz, spent four years working to improve the program. This meant that Akkaynak spent a lot of time underwater, taking photographs to train the program. She took over 1,000 images in two different bodies of water, placing a color chart in each photograph. These pictures taught the program how to compensate for how light is both scattered and absorbed in water.

While the technology is new, there is already buzz about it in the scientific community. As opposed to using Photoshop, which simply increases reds and yellows to compensate for the color differential, Sea-Thru focuses on real-life accuracy. “What I like about this approach is that it's really about obtaining true colors,” says Pim Bongaerts, a coral biologist at the California Academy of Sciences. “Getting true color could really help us get a lot more worth out of our current data sets.” 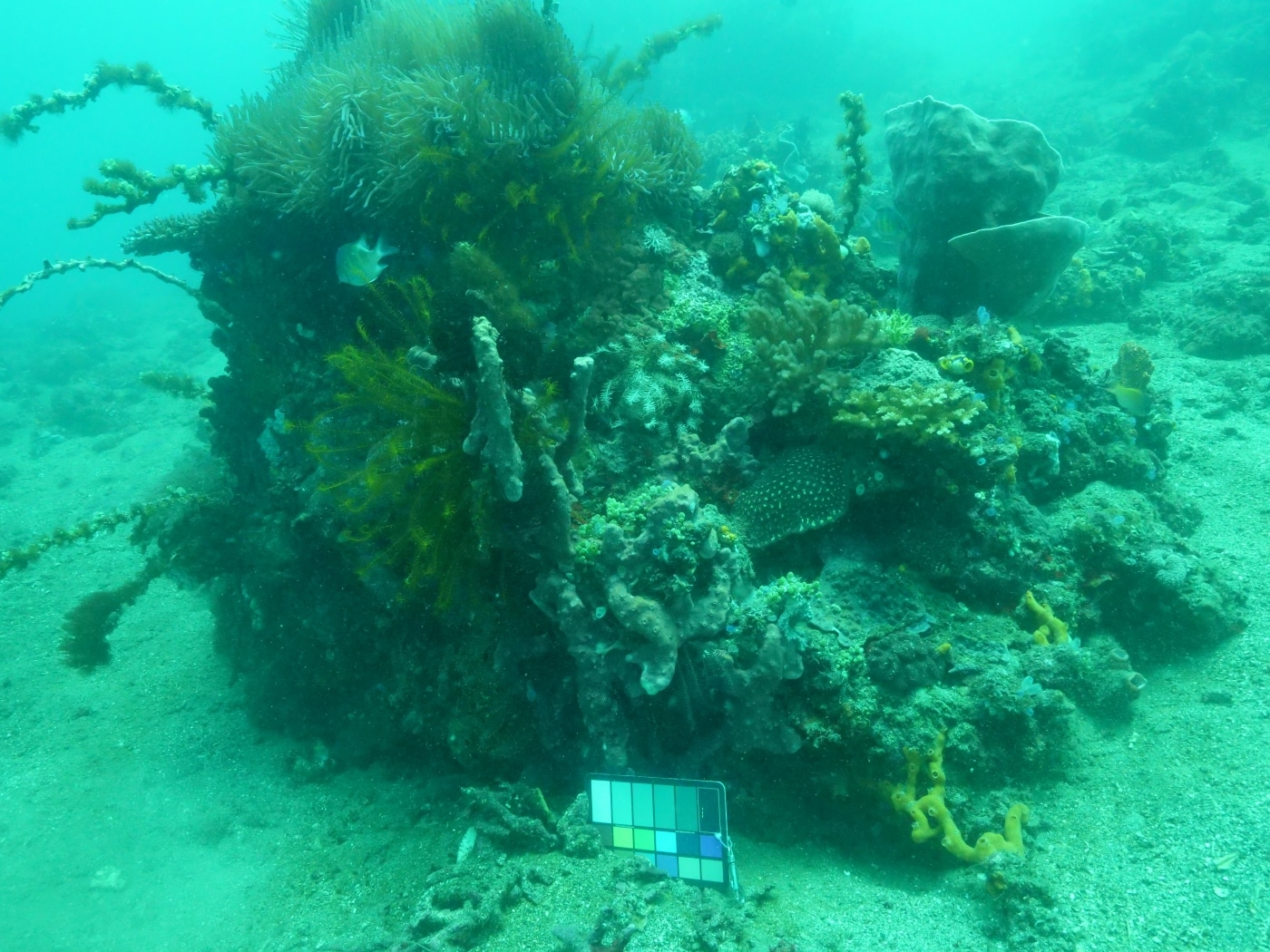 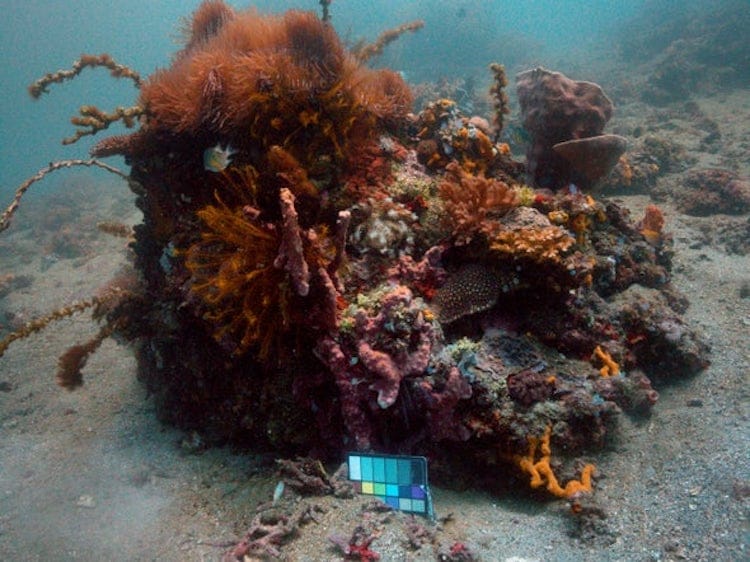 Learn more about how engineers developed the technology.

All images via Derya Akkaynak.