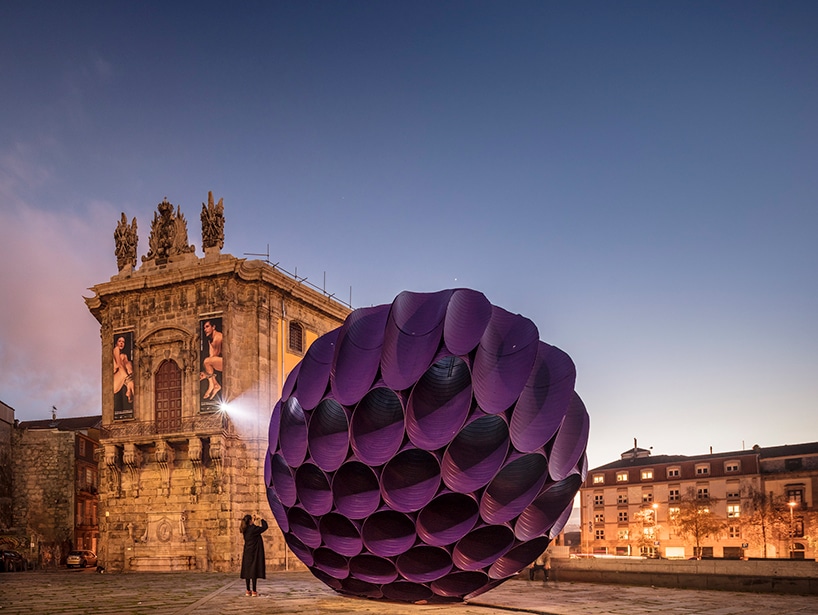 Blurring the line between art and architecture, a creative and collaborative team based in Porto, Portugal named FAHR 021.3 constructs unique installations that alter their immediate environments. Eclipse, “a new public space essay” and FAHR 021.3's latest piece, has turned the capital city's central square into an artistic experiment, urging the public to stop, look, and experience their surroundings.

Installed to mark and celebrate Porto's 20th year as a UNESCO World Heritage Site, Eclipse adds a contemporary touch to the historic Amor de Perdição square.  The 6-meter, metallic purple sphere stands out against the traditional architecture that surrounds it, and offers a new view of the tried-and-true square. Composed of a series of slanted, tube-like structures, the installation invites curious passersby to peer through it, allowing them to see their surroundings through a new lens. It also appears to shape shift as one wanders around it, transforming from a perfect sphere into a more organic form.

In addition to its sculptural significance, Eclipse also acts has a fascinating function: it creatively distributes light. During the day, its lustrous surface beams with sunlight. At night, however, only a section of the massive orb is lit by a spotlight, evoking the recognizable aesthetic of an eclipse and “leav[ing] part of the piece in the gloom.”

Though its appearance is minimalist, the concept behind it is pure poetry. FAHR 021.3 describes it as both “a confrontation of scales and relationships” and as “a game of perception and provocation in the city.” However you interpret it, one thing is for sure: it's bound to get your attention.

Like the astronomical event that it echoes, Eclipse is a fleeting phenomenon. The temporary piece will be on view in Porto until May 2017.

See some shots of the Eclipse installation below. 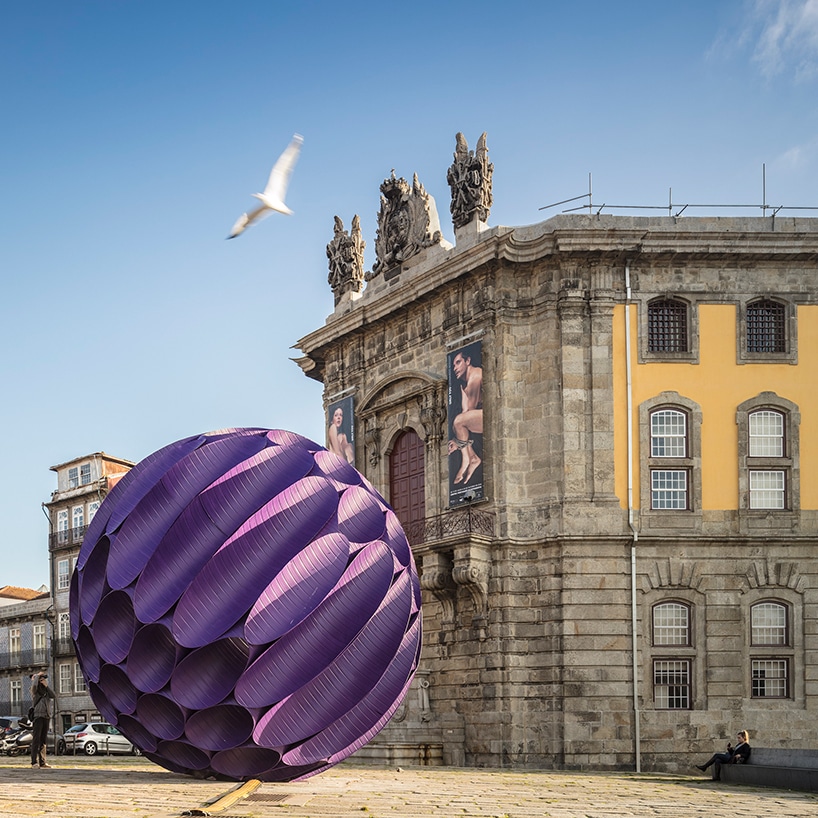 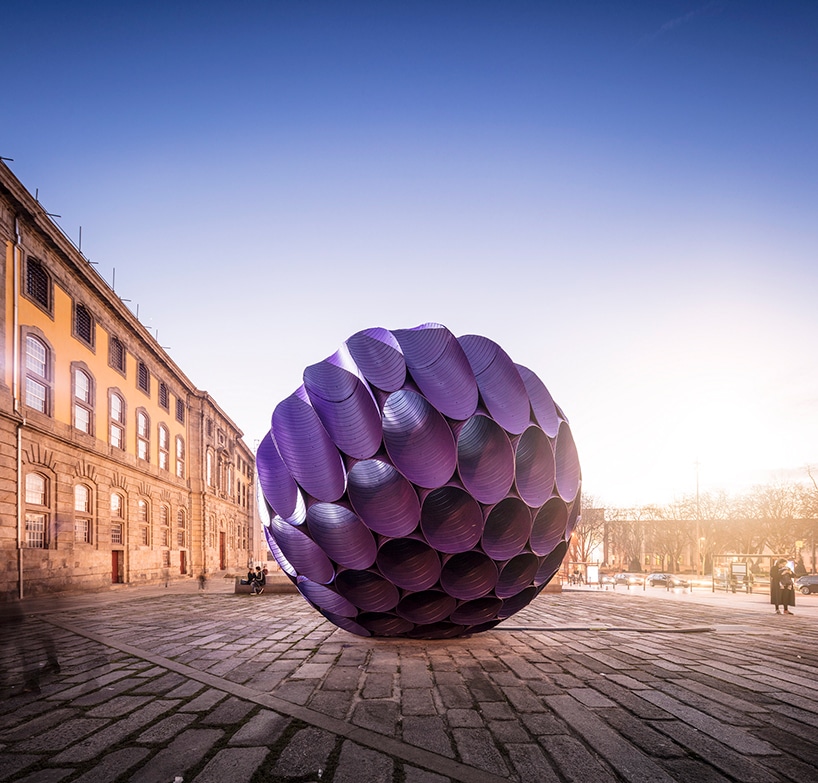 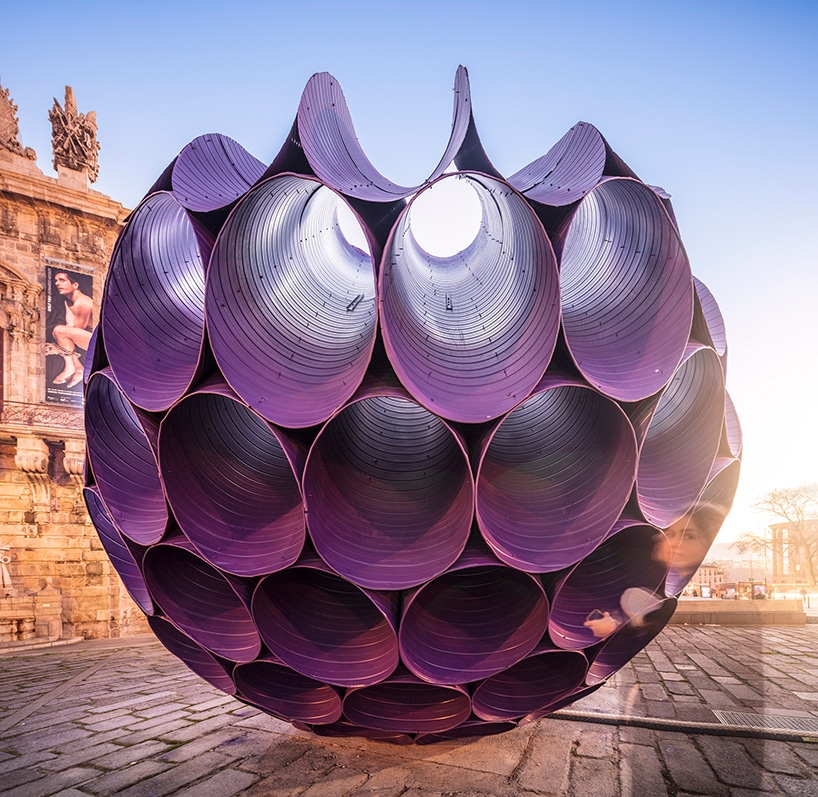 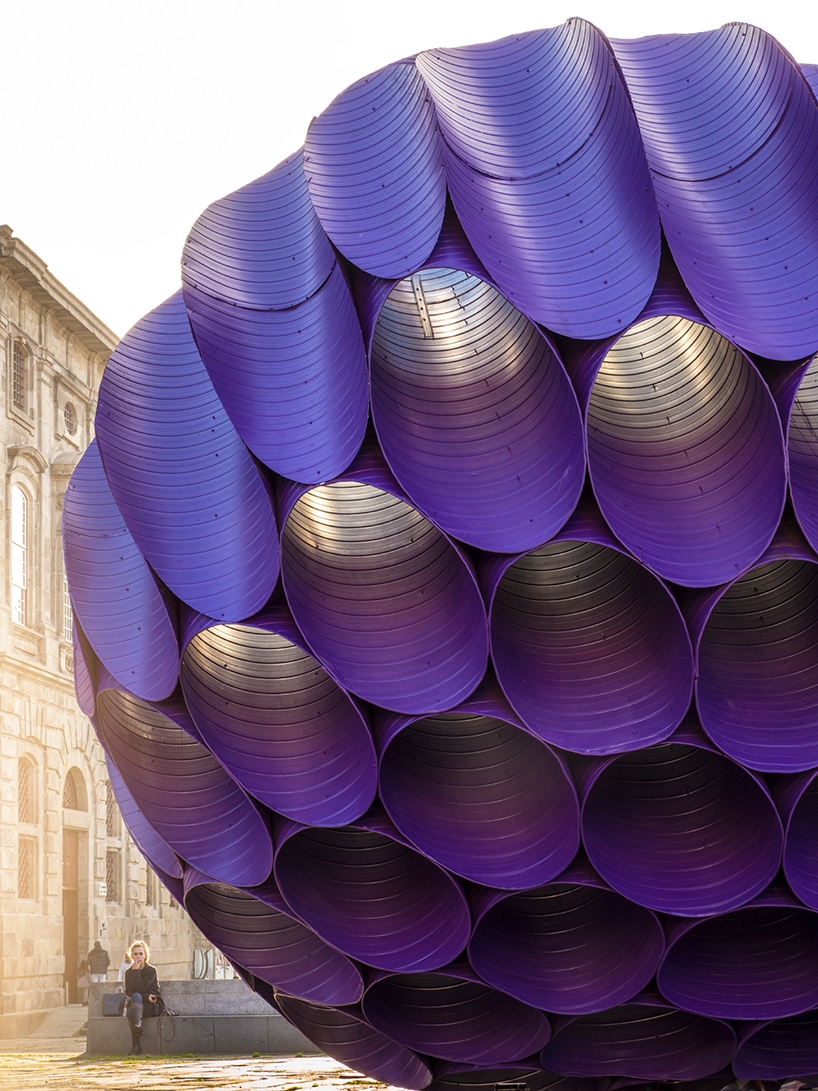 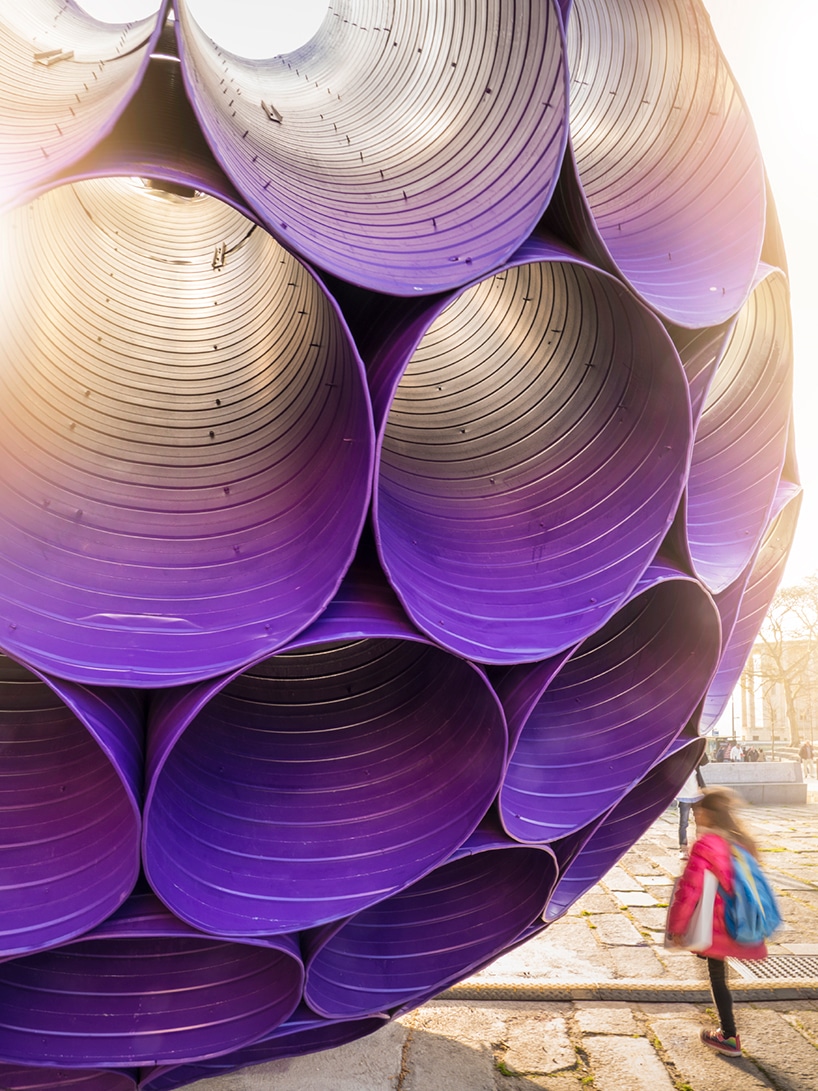 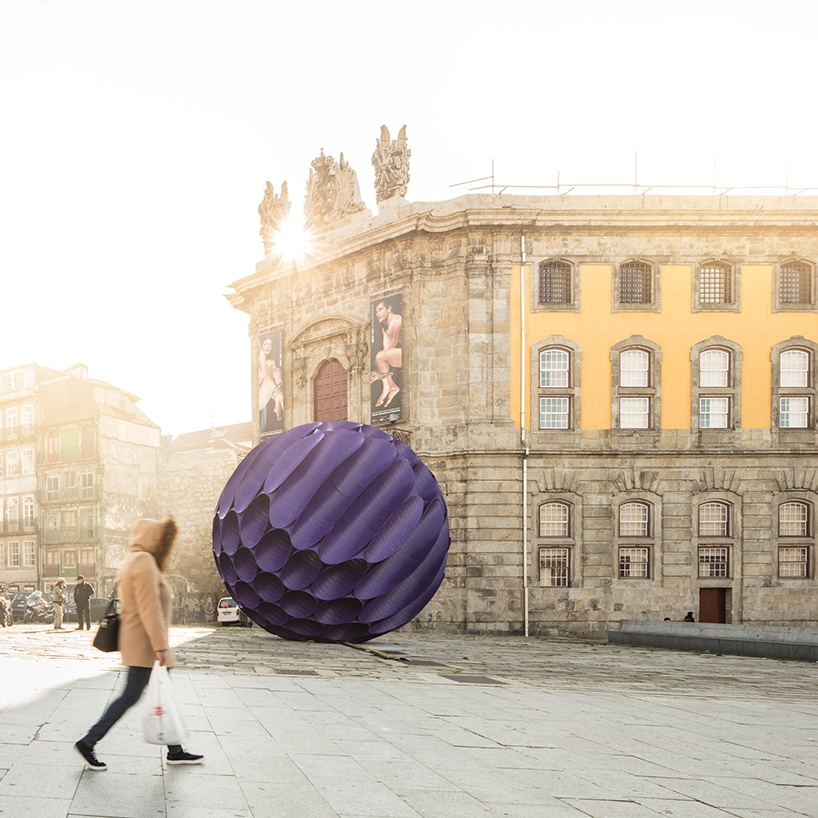 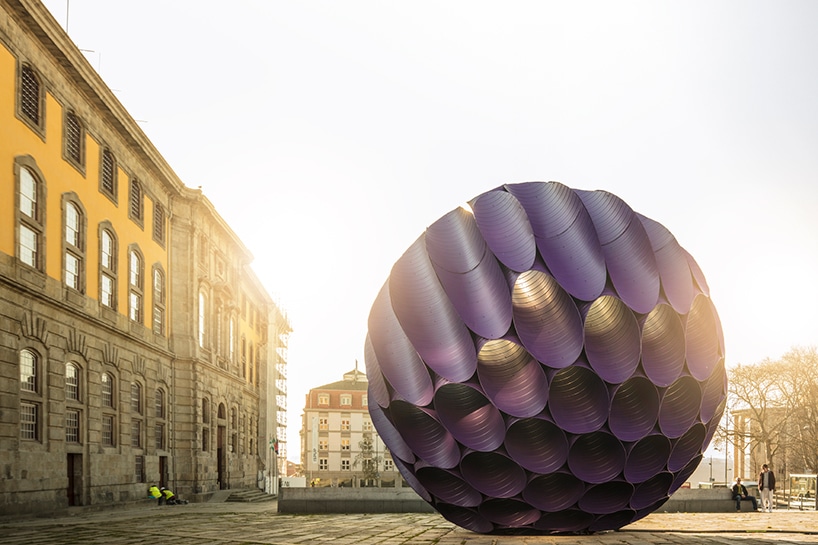 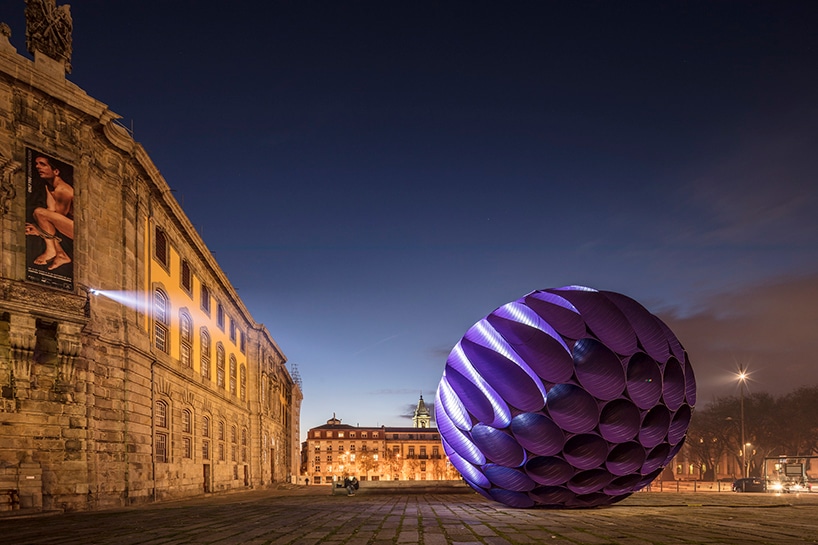 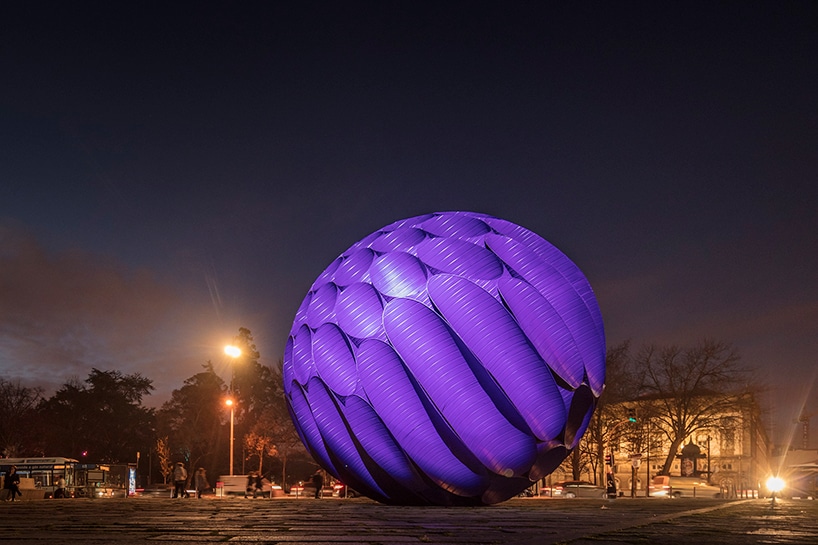 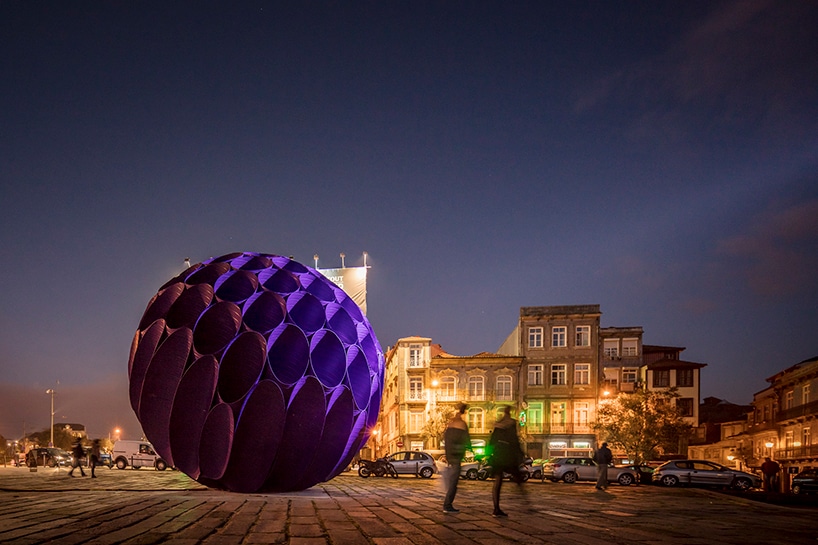 All images via Fernando Guerra.