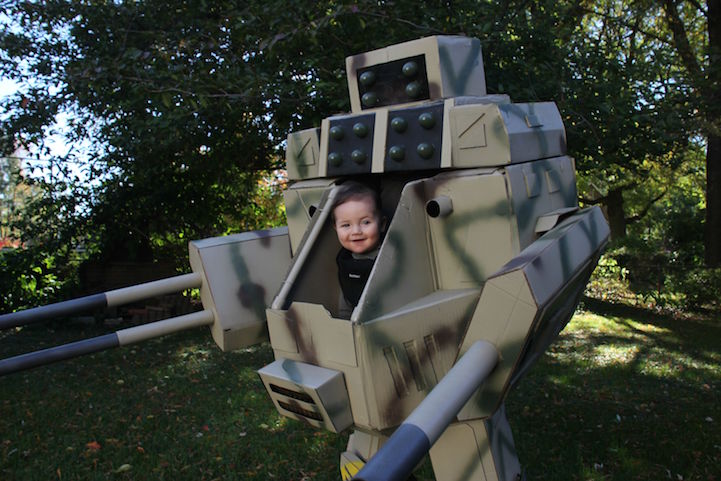 Years before his son Geraint was born, his father, Ryan, was planning a Halloween costume for just the two of them. The new dad is a BattleTech game enthusiast and created an impressive Sunder mech outfit that he and Geraint can wear at the same.

Imgur member and wife PutABowOnIt explained that her husband started sketching out the rough designs for this costume a couple of months before their son arrived. Ryan took advantage of all of the new baby stuff coming in the mail, and he had a large supply of boxes to work with. He built a frame for the body out of PVC pipe and wrapped a cardboard shell around it, securing it with zipties. Ryan cut and sculpted other pieces out of cardboard while including some foam board details for an added 3D effect.

The head and other parts attach to the main body with Velcro tape. Ryan's arms slip into the gun pods, and the Sunder legs are supported by a belt hidden under the body. And, wearing a baby carrier allows Geraint to be apart of the fun, too. PutABowOnIt adds, “It looks amazing and Geraint loves it!” 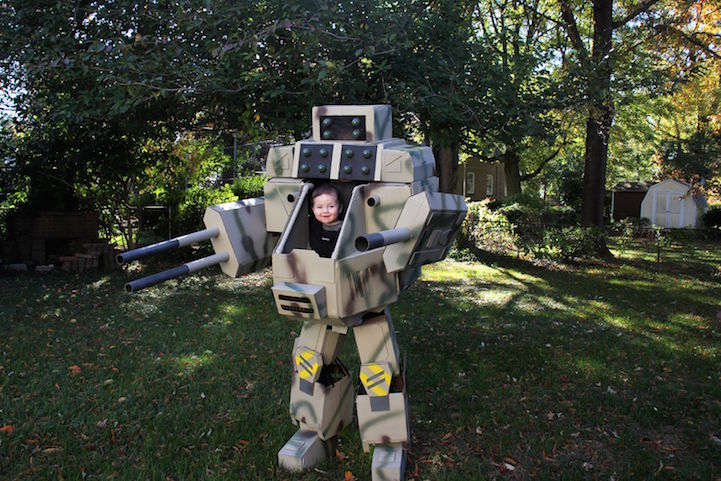 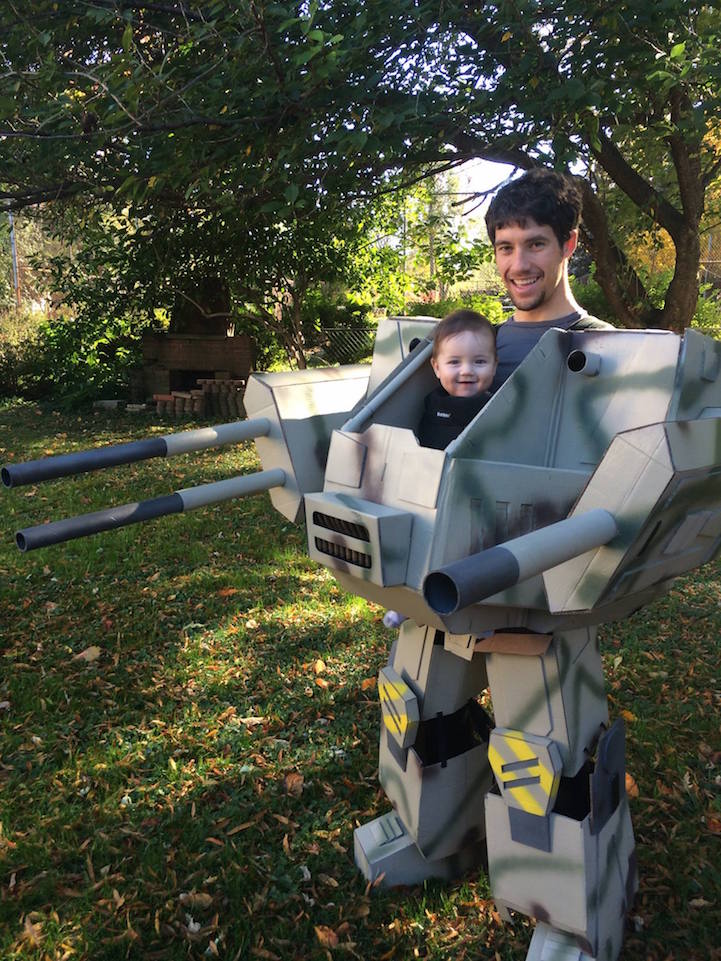 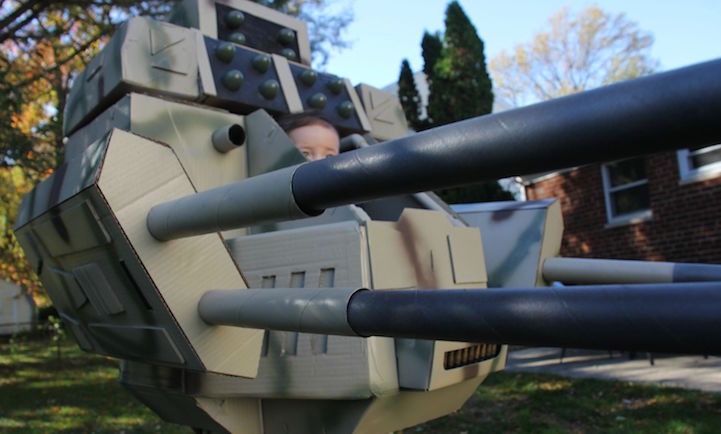 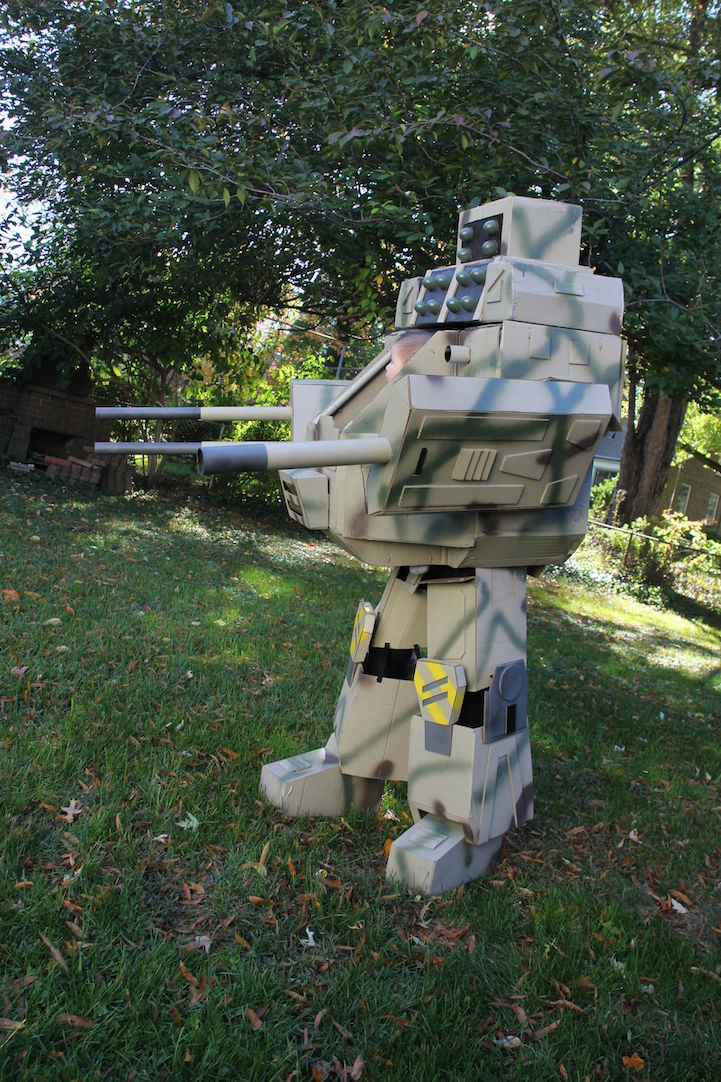 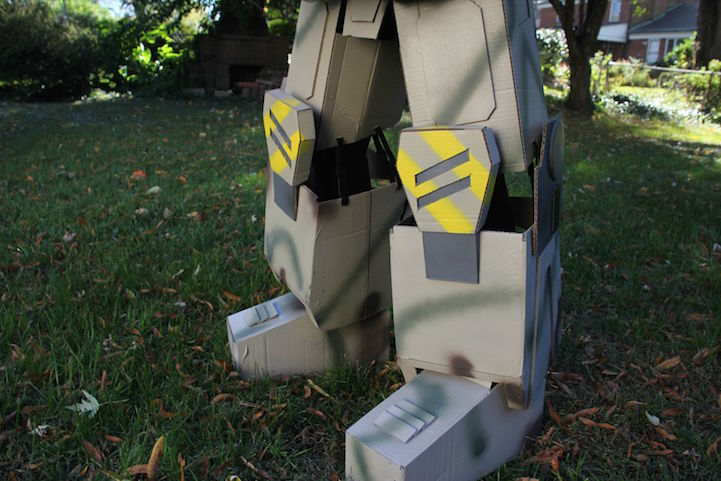