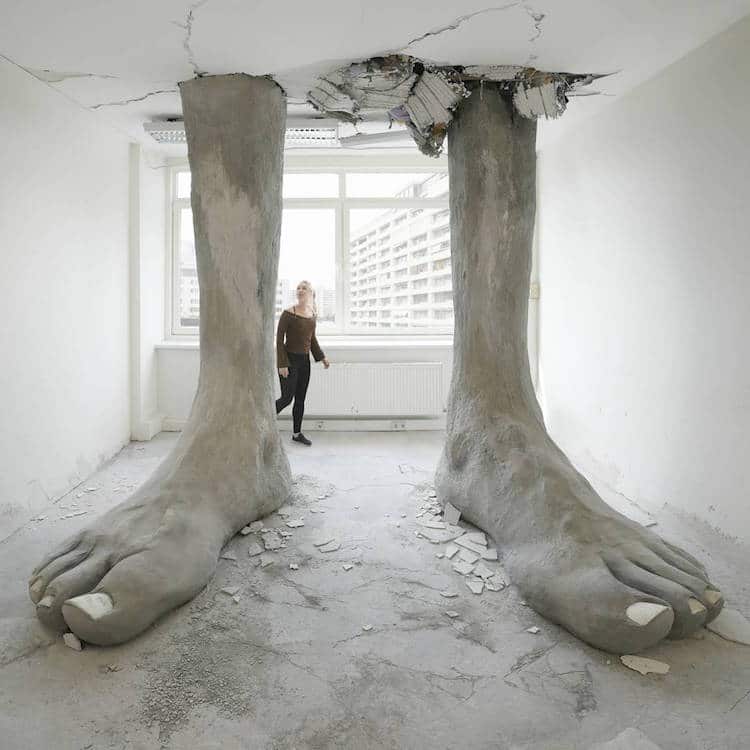 Interested in exploring “the eternal contradictions of the modern individual as a result of their ambitions and limitations,” Spanish artist Mario Mankey creates art that comments on the human condition. While he mostly works in two dimensions, he has recently opted to experiment with sculpture, as evident in Ego Erectus, a large-scale installation created for Berlin-based project The Haus.

A collaborative undertaking, The Haus invited 165 artists to reimagine an abandoned five-story Berlin bank's interior into an ephemeral art exhibition. For his part, Mankey created a colossal pair of feet that appeared to stomp and crash through a room's crumbling ceiling. Grey in color and rough in texture, the foot sculpture matched its monochromatic surroundings and complimented the industrial aesthetic of the decrepit office space.

Like his other profound works, Ego Erectus is intended for a “diverse, but also intimate audience.” Fittingly, for two months, visitors were able to experience the immersive installation, which was on-view until the entire building was demolished in June of 2017.

While fans of Mankey may be disappointed to learn that this three-dimensional work is no longer on view, the artist has big plans for the future. On his website, he notes that his work seeks “to establish an artistic dialogue, be it arisen from a canvas, a street mural, a comic book or whichever new challenge brought in by this relationship,” implying that his interest in avant-garde art is, fortunately, here to stay.

For Berlin-based project The Haus, Spanish artist Mario Mankey has created a sculpture of giant feet crashing through the ceiling. 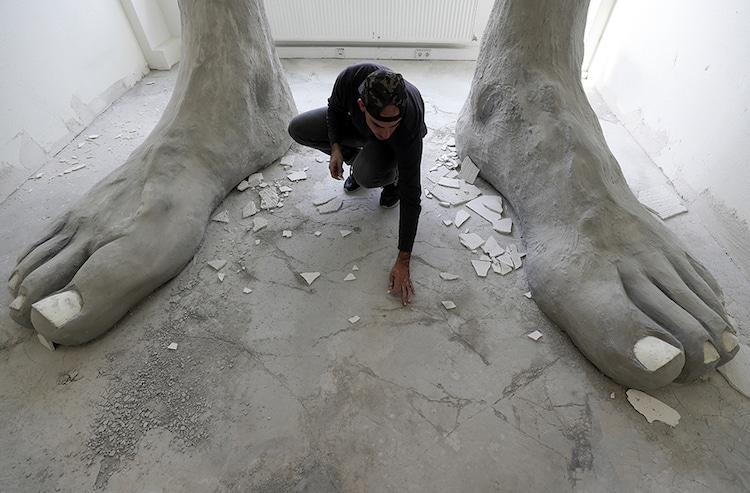 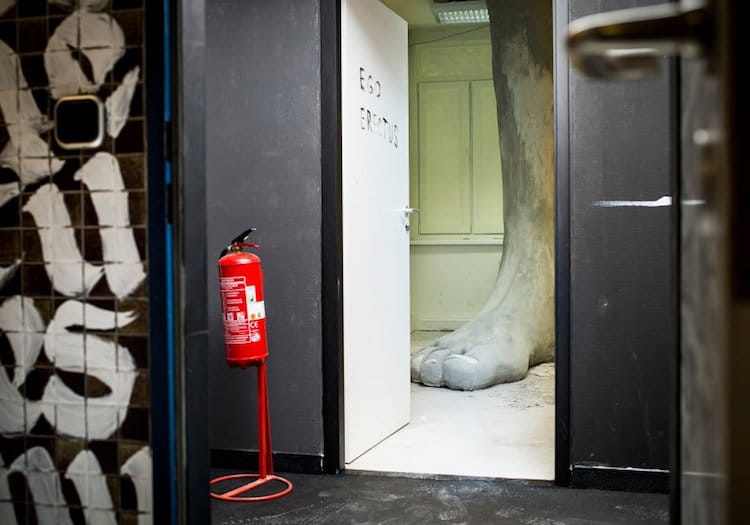 All images via Mario Mankey.

Massive New Head Sculpture You Can Walk Through