Magnificent Frozen Waterfalls Around the World 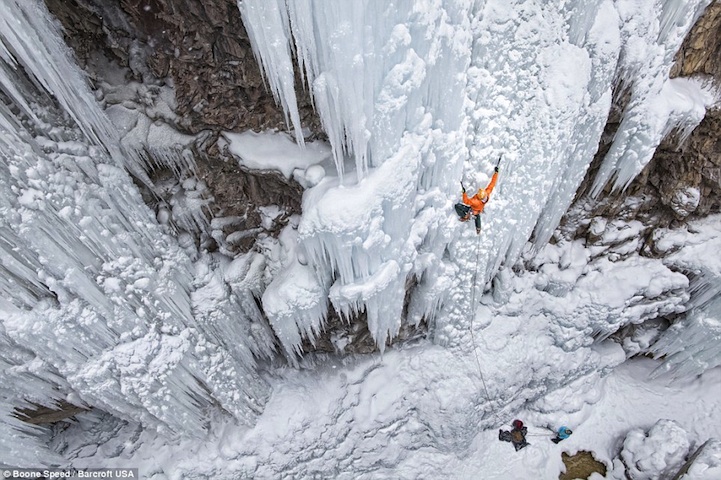 While waterfalls are typically known for their powerful rushes of water, during the cold winter months, some transform into magical ice attractions. In Minnesota, Minneapolis, Minnehaha Falls is a 53 feet high waterfall that often freezes, creating a stunning wall of blue ice. You can actually walk behind the frozen waterfall into a “cave.” As photographer Trevor Nelson states, “The warm colors of the sunlight and the stone complement the cool mossy greens of the walls and the aqua blues from the ice. Gets me every time.”

While most of the frozen waterfalls around the world are incredible enough to just visit, many of them are also popular destinations for daredevils that want to try their hand at ice climbing. The Daily Mail wrote a recent article about this extreme sport and the daring climbers that risk their lives for the ultimate adrenaline rush. Using just ice-axes and crampons (a traction device), they scale these enormous frozen columns or walls of ice, bravely pushing the limits of what is humanly possible.

Above: Photo by Boone Speed/Barcroft USA 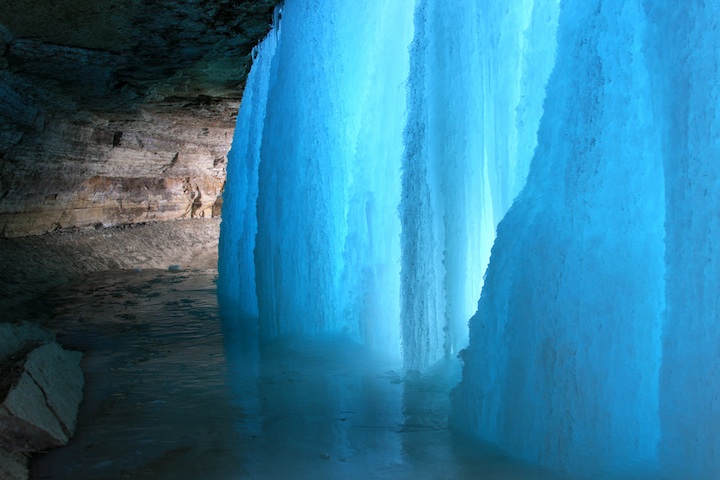 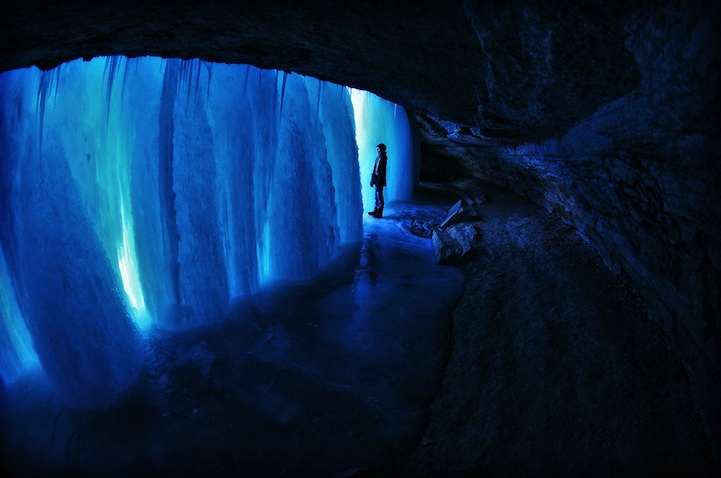 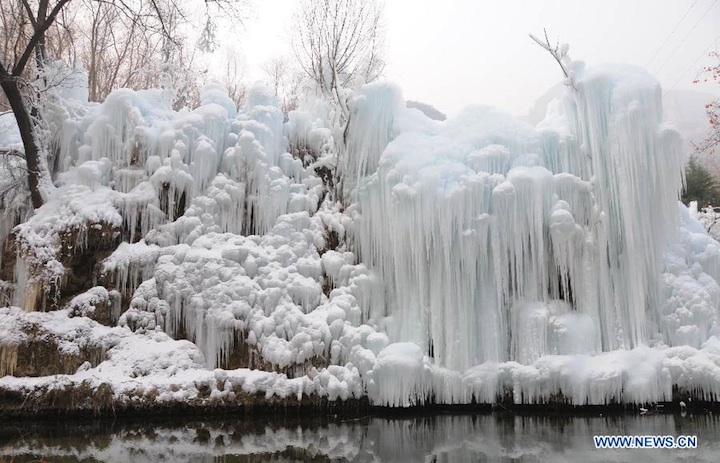 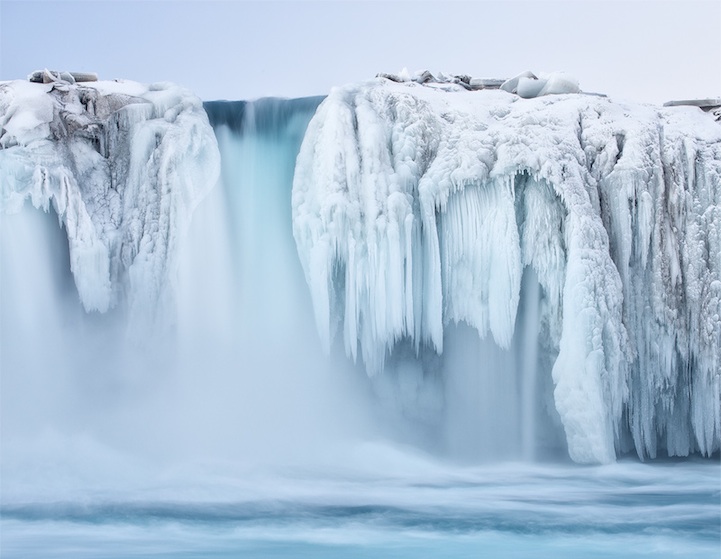 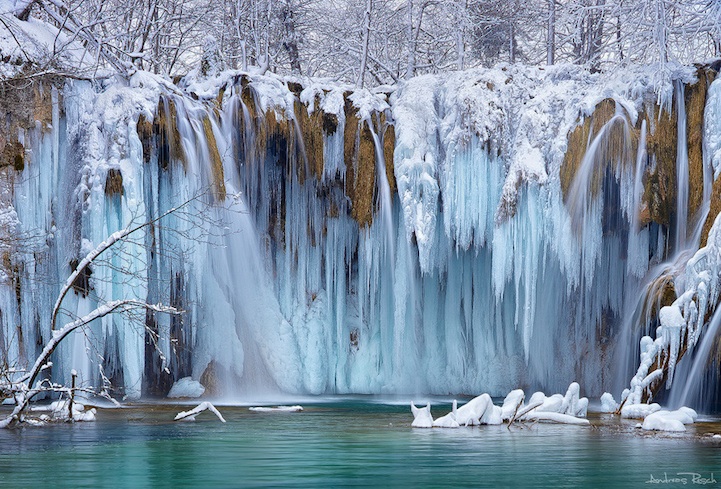 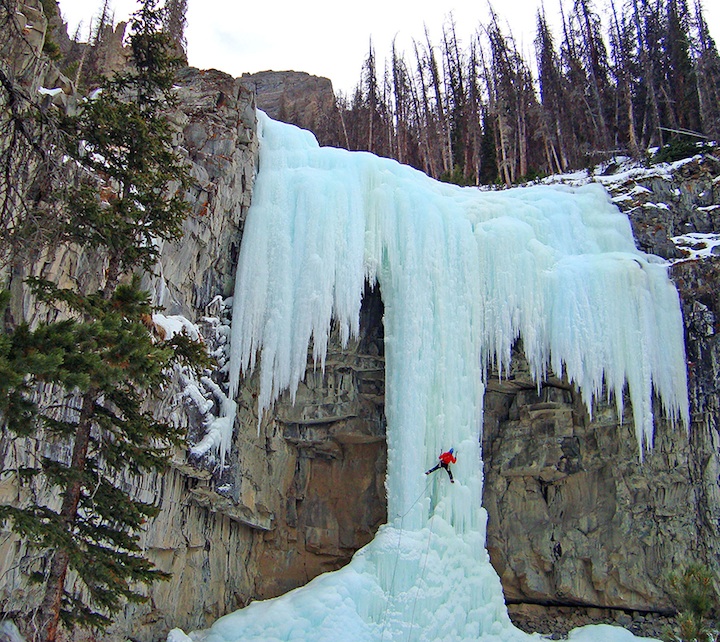 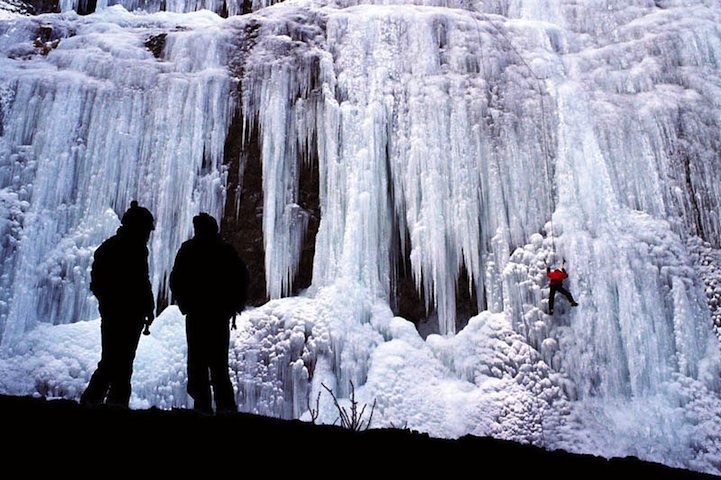 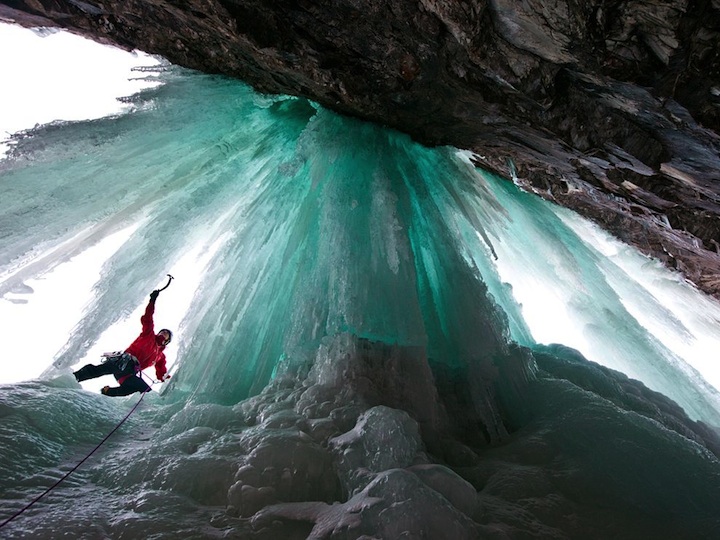 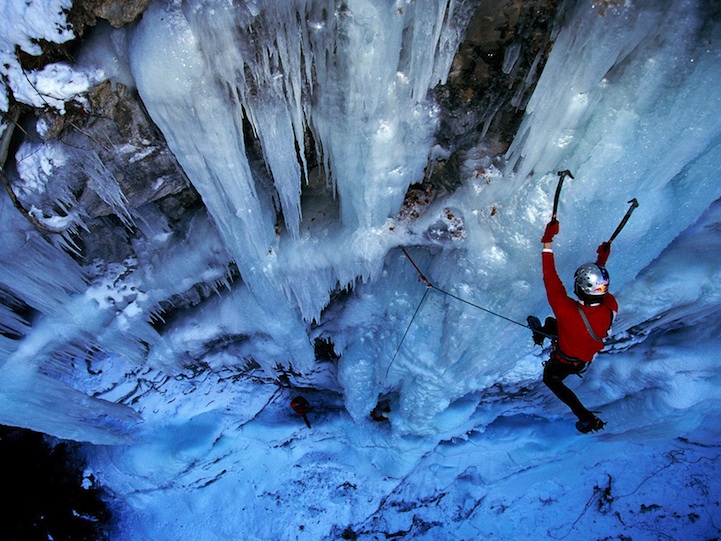 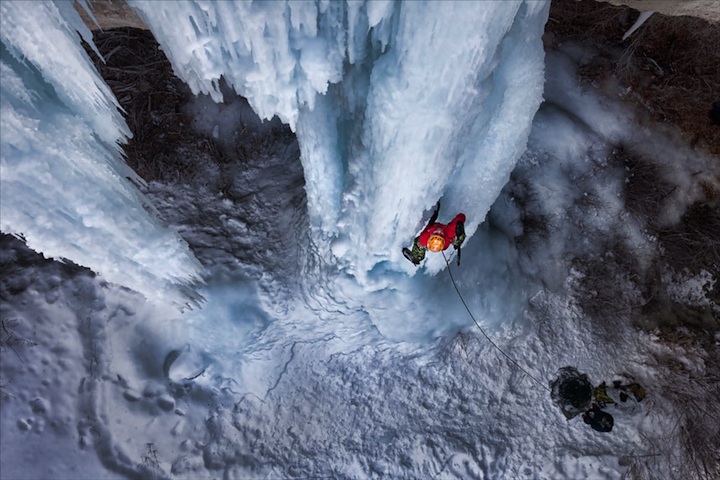 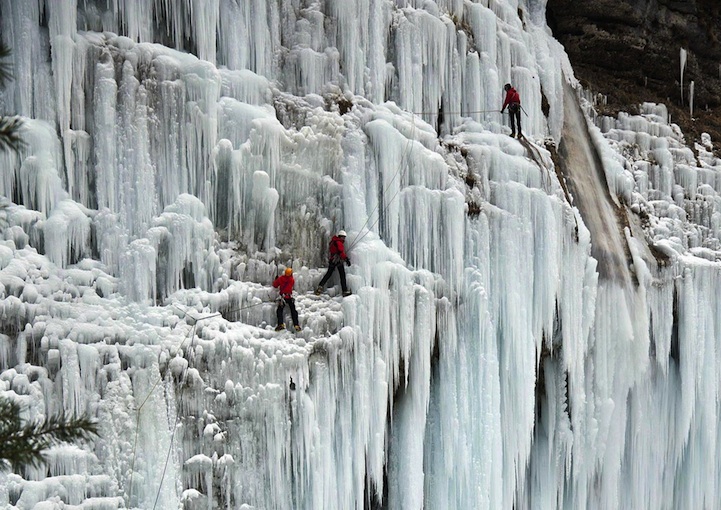 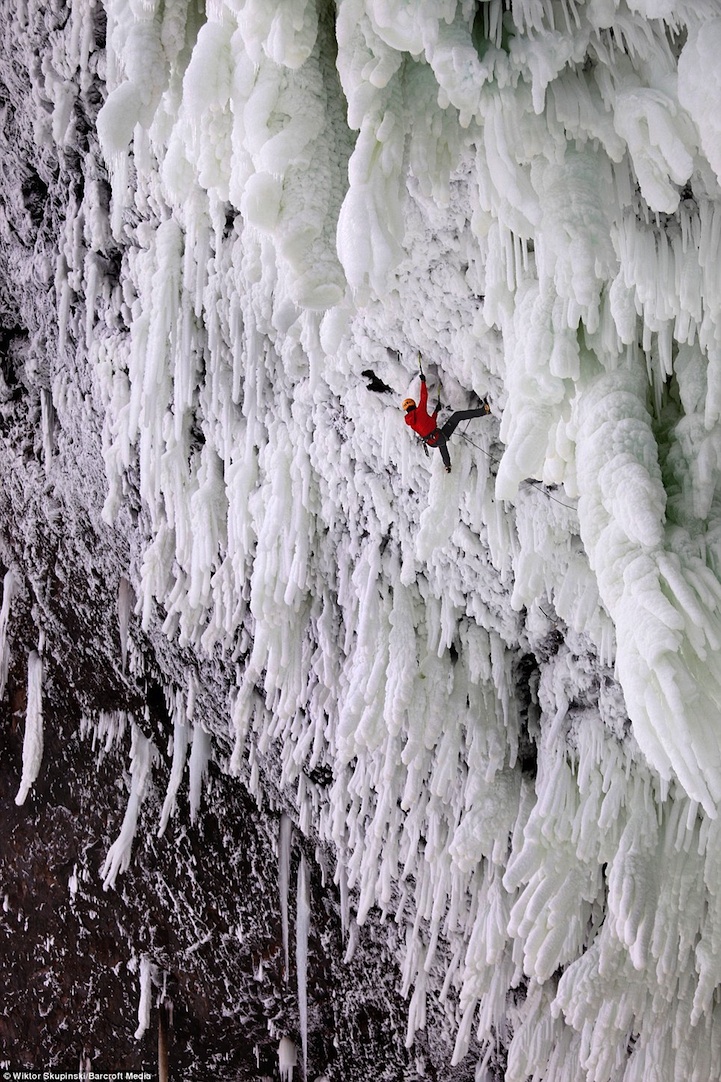