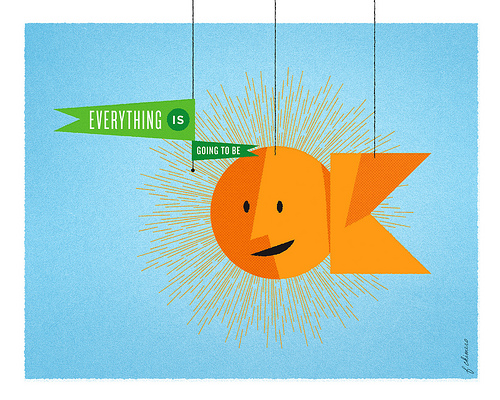 Frank Chimero is a designer and illustrator who's work is both funny and thought provoking. What I enjoy most about his work is that he simplifies design to its most basic form and creates a story behind it that people can connect with. His work effortlessly combines humor with style to create a unique point of view that's honest. There's a great interview about him at grain edit. Here are a few of my favorite excerpts: His Biggest Influence: I think I can easily say that my biggest influence is Alan Fletcher. When I first started studying graphic design, one of my professors slipped a copy of “The Art of Looking Sideways” under my nose. And I think it changed my life. I'm not sure I can really explain it to the full extent that I felt it, but I connected with that book and it's content. Here was a book about design that wasn't about design at all. It was more than that. It was about visually experiencing things, a life style. People had been selling me the idea that design was a lifestyle, and it just seemed snooty and stuffy to me. Just a bunch of people that took themselves too seriously in turtlenecks with lattes rambling on about the virtues of semantics. But Fletcher was different. His work is about curiosity and happiness, wit and innocence. It's amazing. Through his work, I got a slight glimpse of what I wanted to do with this design thingie, even though I don't think I fully understood it at the time. I wanted to be curious and let as many things and experiences in me as I could. Then, let them become a vital part of me and share the results of that with everyone else. I knew that'd make me happy, and on a hunch, I hoped (and still hope) it makes other people happy. The World as an Influence: I find objects like Coke bottles, pencils and coffee cups really appealing because people understand them. They have intimate experiences with them, and hopefully it makes my work more intimate as well. It's like my work and all of us exist in the same world. No need to construct new ones: this one is plenty beautiful and good. STORIES 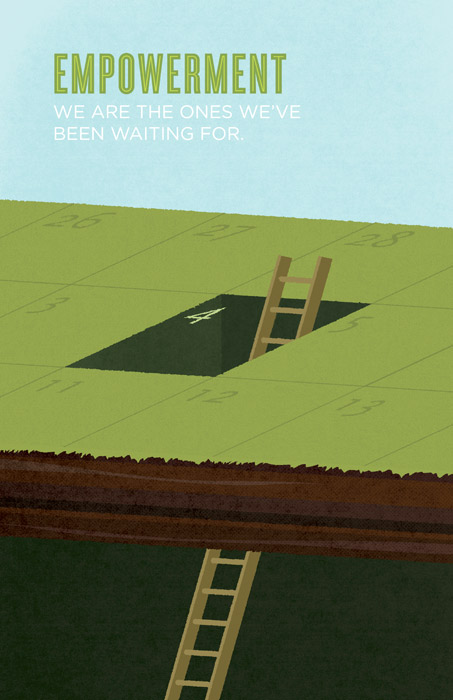 30Reasons: Empowerment – Poster for 30 Reasons, a 30-day email and internet campaign to encourage people to vote for Barack Obama leading up to the 2008 United States Presidential election. “This election gives us a rare opportunity to make a choice and commit to one of two drastically different sets of ideals. We can cower in the shadows of our problems, divide and fall, or we can band together, get to work and make a difference. This election is about one thing: Fear versus Empowerment. Please choose wisely.” 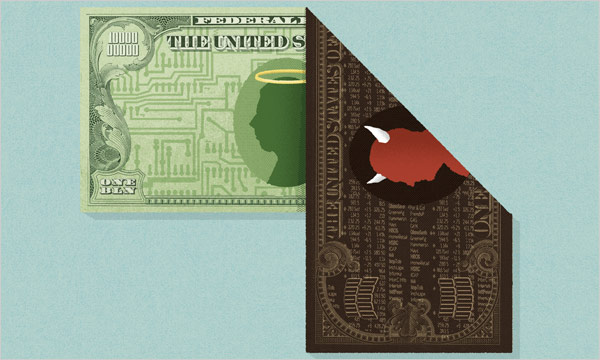 How We Value the Super Rich for NY Times – Illustration for the New York Times. The article was about the public perception of billionaires, and how, depending on where the individual made their money,that perception can change. For instance, billionaires that make their money in Silicon Valley are typically favored, because they produce products and ideas that make our lives easier. But, billionaires on Wall Street are generally thought of in a negative light, because they made their money by manipulating money. STATES 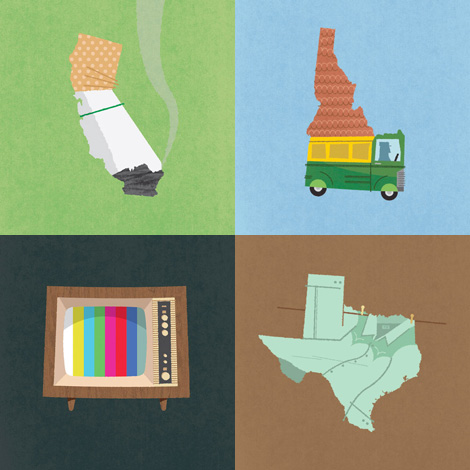 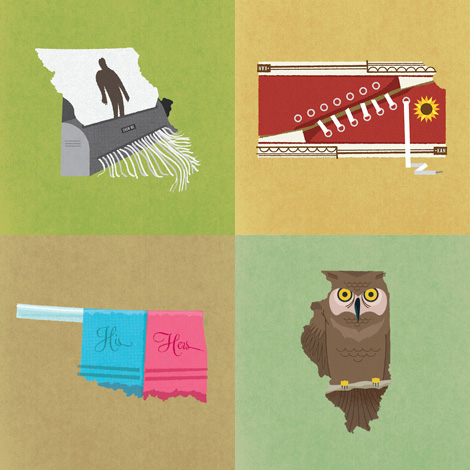 The States is an ongoing personal project meant to be an exploration of form. The rules are simple: take the silhouette of a US state, and fit something inside of it. DESIGN 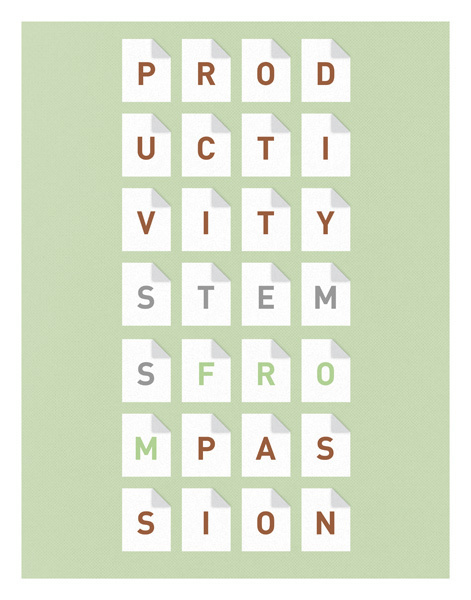 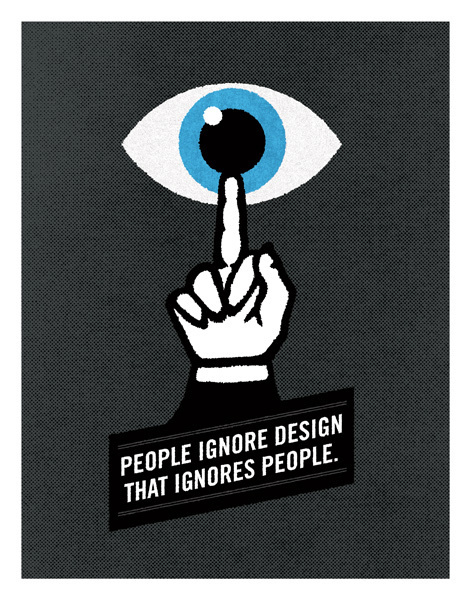 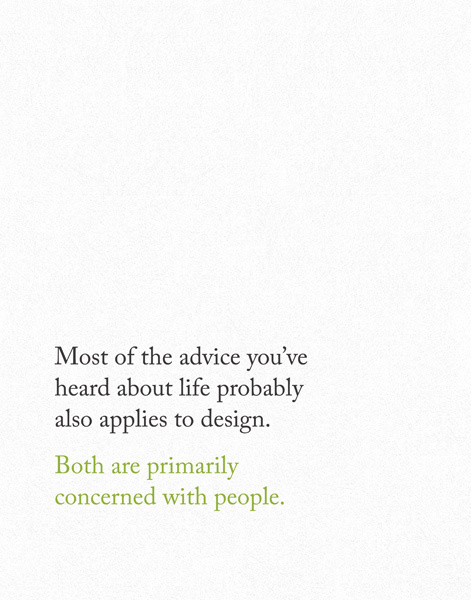 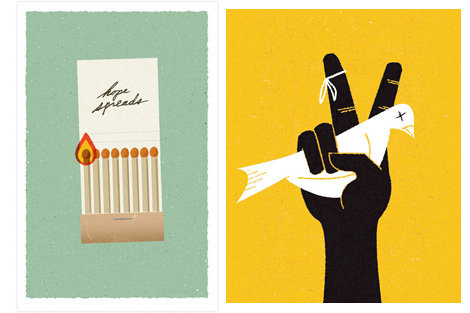 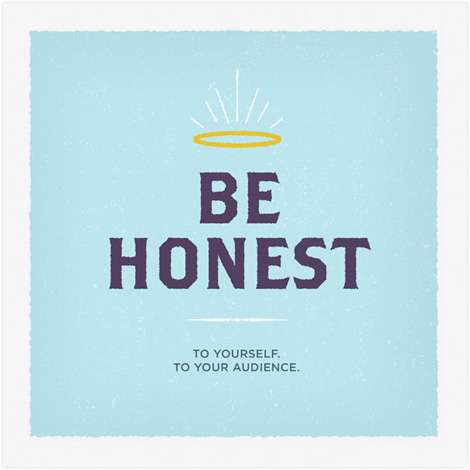 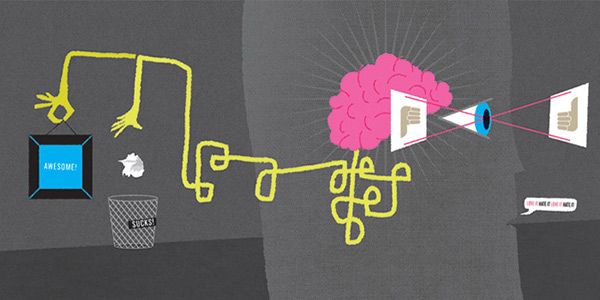 Awesome/Sucks Love It/Hate It – Self-promotional illustration depicting the push and pull nature of the creative process, and how so little of what a creative person makes actually find their favor. Frank Chimero website