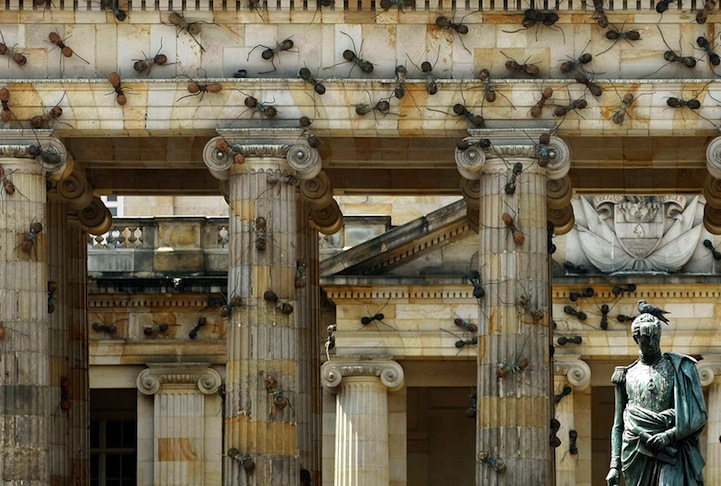 While a house taken over by ants usually leads to loud screaming and plans to immediately call an exterminator, the fiberglass ants covering the facade of the National Congress building in Botoga actually beckons viewers to come closer and take a better look.

Artist Rafael Gomez Barros covered the building with 1,300 large fiberglass ants as a symbol: the ants represent those who were displaced due to the ongoing arms conflict in Colombia. He calls it Casa Tomada or House Taken Over which was inspired by a tale from Julio Cortzar. The story is of a brother and sister who live alone in an ancestral home and practically shut themselves in it until, one day, mysterious intruders force them out of their own house.

This is not the only building that Gomez has invaded with his ants; the artist has installed similar ones on various Colombian buildings since 2007. 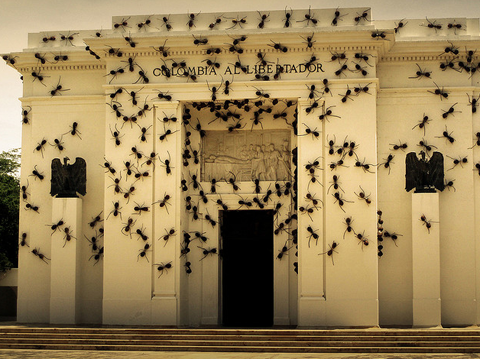 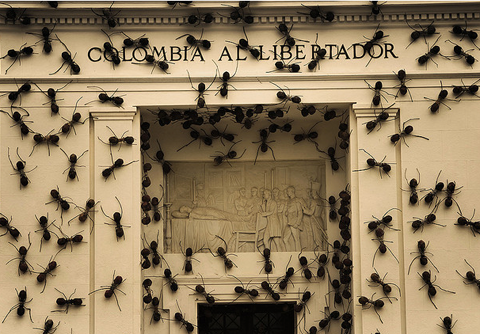 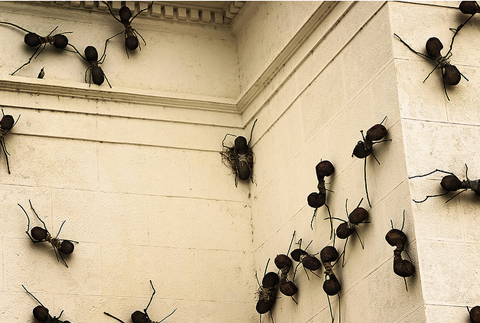 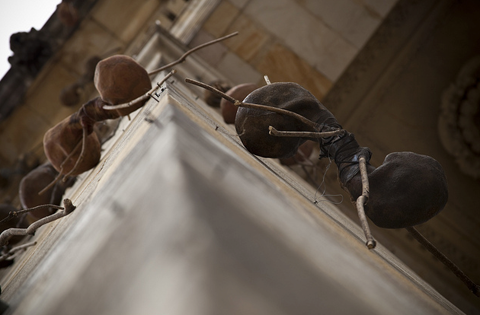 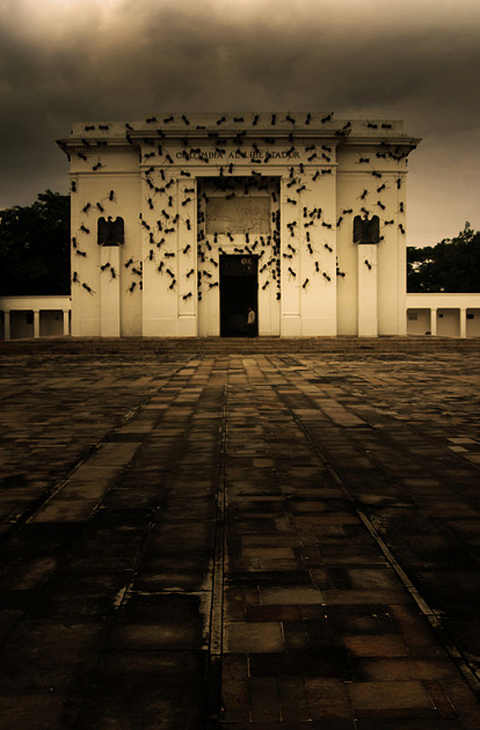 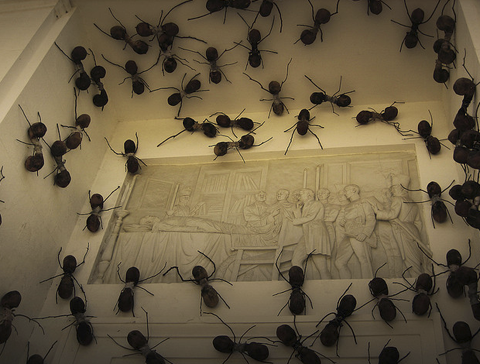