Anamorphic Wall Portrait of a Magician Made with Cards 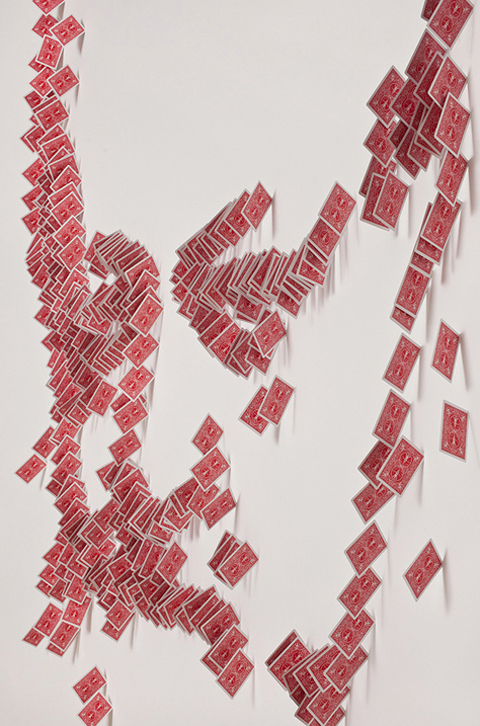 Ricky Jay is a wall portrait of a magician by the same name that was created by Los Angeles-based artist Glenn Kaino. The multifaceted magician is rendered using several decks of cards, paying homage not only to the master of illusion himself but to his notable card-throwing tricks. In fact, the almost sculptural installation is presented as though someone had thrown the playing cards at record speeds against the wall.

Besides the clever choice of medium, given the subject and his history in magical arts, though, Kaino's portrait is an interestingly designed piece that invites viewers to analyze it from all angles. The anamorphic display is made in the likeness of Jay's image from one vantage point, but appears to be a jumble of cards haphazardly pinned to a wall from another angle. Like the world of magic, art can be elusive and the human eye can easily be tricked. 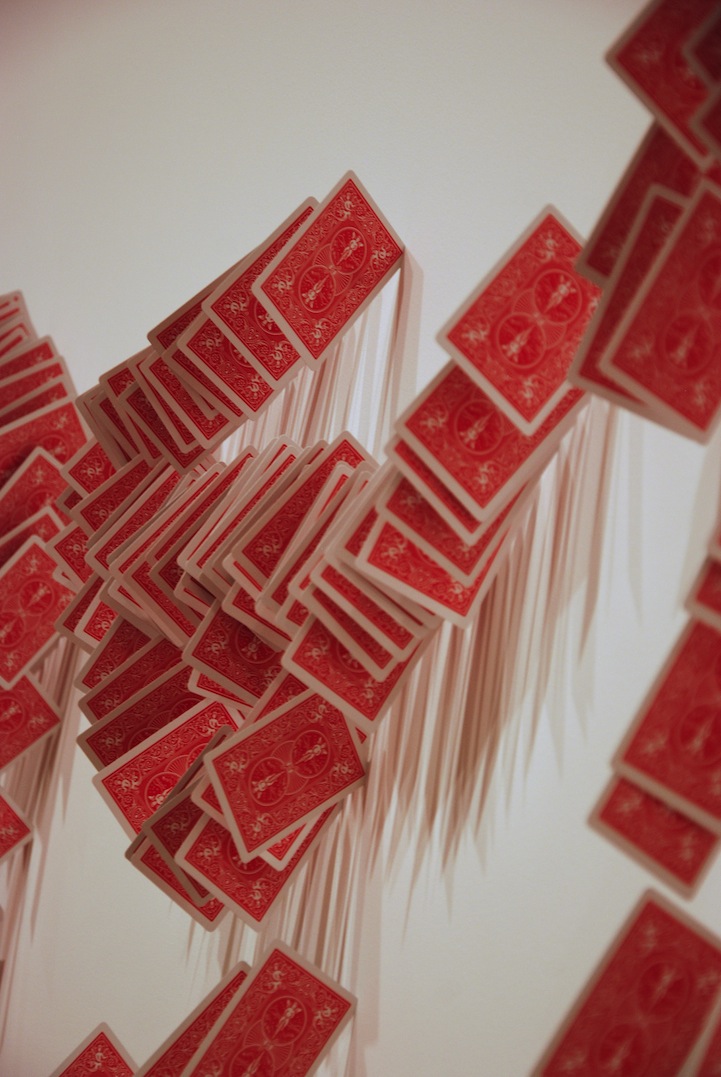 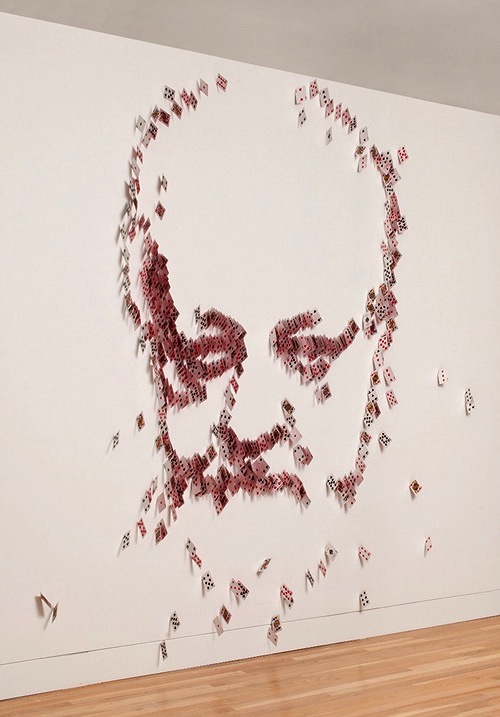 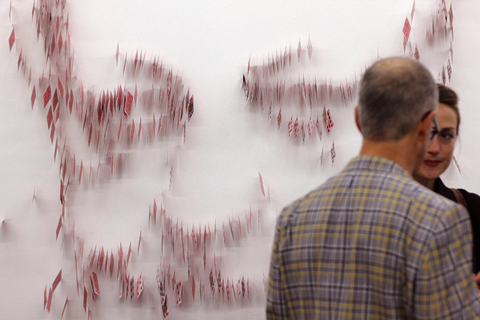