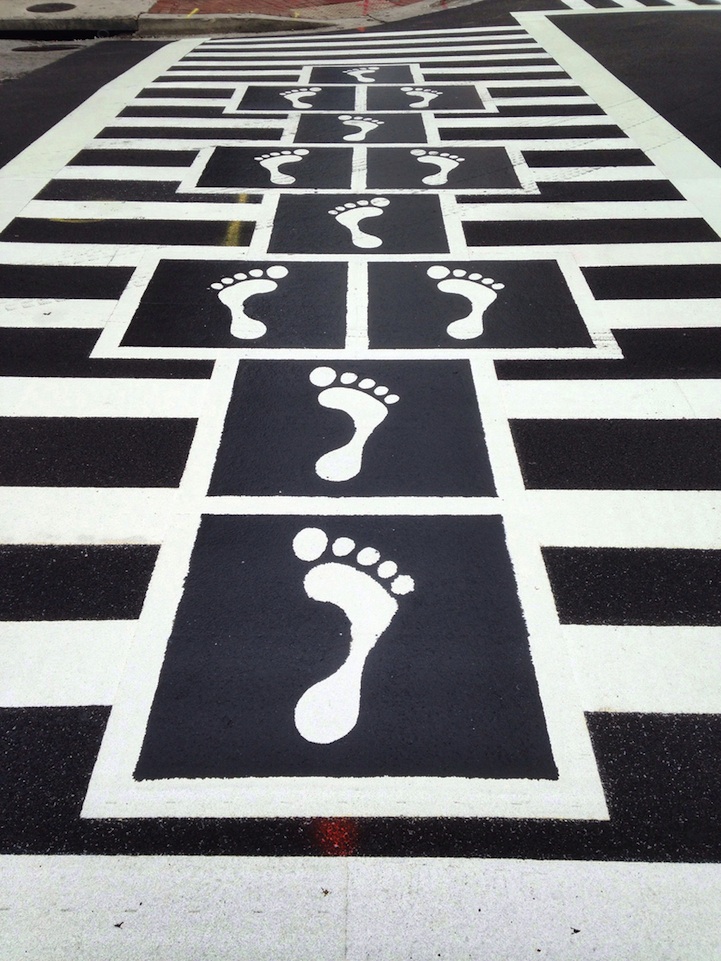 What a wonderful public arts project! Today, artist Graham Coreil-Allen is officially unveiling his new hopscotch crosswalks on the streets of Baltimore! Called Hopscotch Crosswalk Colossus, it's one of four projects that will eventually turn regular crosswalks in downtown Baltimore into whimsical works of art. Recently, artist Paul Bertholet created a crosswalk that looks like a giant zipper opening (see below) and two other artists are expected to join, in an effort to draw people to the city's new Westside Arts and Entertainment District.

Here's the background on Coreil-Allen's project. (Notice the subtle yet clever differences in each one.)

“The Monumental City is played by giants among many – the business person, the bird, the worker and you. Hopscotch Crosswalk Colossus is an intersection of four over-sized hopscotch-court-crosswalks, each featuring a quintessential Baltimore path-print. Featuring the shoe, the bird track, the boot and the footprint, the project is a monument to the people who populate the Bromo Tower Arts & Entertainment District and make Baltimore The Greatest City in America.

“North Side: The Shoe – The Towering Businessperson skips east approaching downtown skyscrapers.
East Side: The Bird Track – The Superbird Champion hops south heading to Camden Yards and The Raven's Walk.
South Side: The Boot – Wobbling west The Worker passes through a former garment district built by labor.
West Side: The Footprint – The Hippie Artist bounces north with abandon towards lofty digs in the Bromo Tower Arts & Entertainment District.” 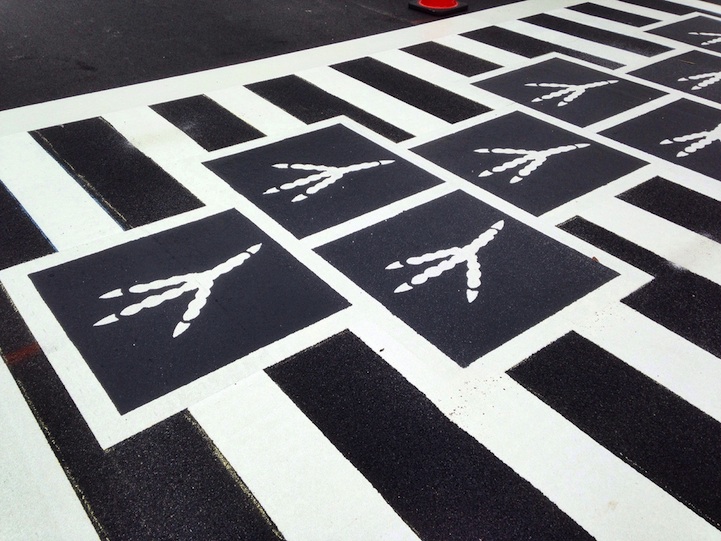 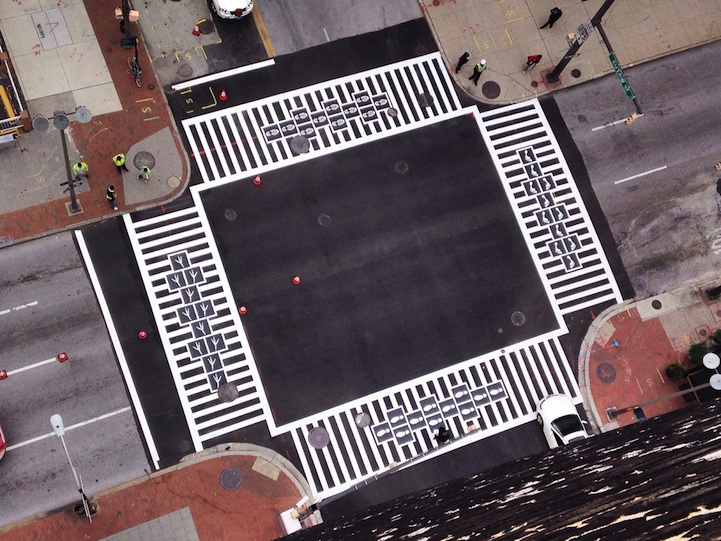 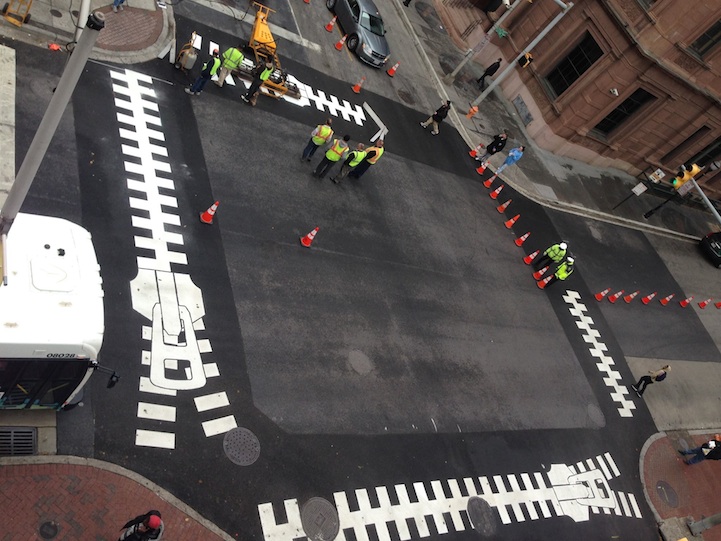 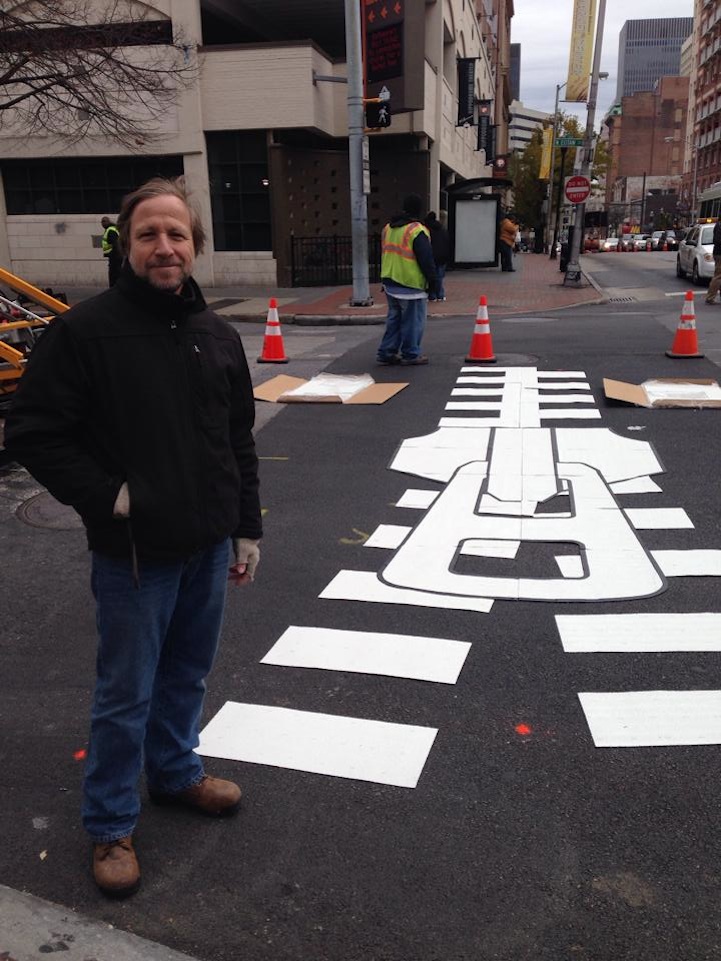