Coast-to-Coast Bike Trail Coming to the U.S. Offers a Scenic Tour of 12 States 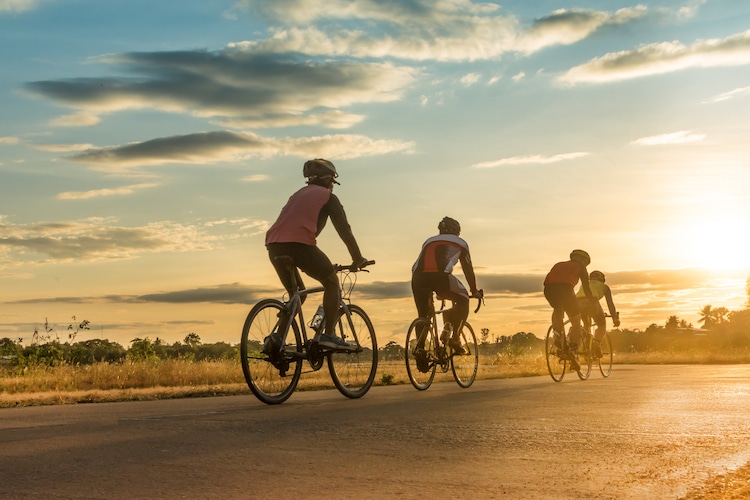 There are plenty of reasons to hop on a bike. Not only is it better for the environment, but cruising around on two wheels is a lot of fun. The United States has thousands of bike paths that allow people from across the country to ride and appreciate the great outdoors. If you’re someone that likes to hit the trails, you’ll soon have another path to ride. The Rails to Trails Conversancy (RTC), the nation’s largest trails organization, has just announced their plans for the Great American Rail-Trail.

The proposed Great American Rail-Trail would connect almost 4,000 miles of rail-trail and other multi-use trails to form a route from Washington, D.C. all the way to Washington State. The path will separate bikers from vehicular traffic while highlighting the diverse American landscape along the way.

You can start and stop the Great American Rail-Trail at many points. Within the 12 states traveled, each will have a Gateway Trail that connects to the larger route. The full map of the trail will be released in spring of 2019.

Here are the Gateway Trails:

Capital Crescent Trail, Washington, D.C., and Maryland: This 11-mile trail begins in the Georgetown D.C. neighborhood and takes you into Maryland with sights of the Potomac River.

Chesapeake & Ohio Canal National Historical Park, Washington, D.C., and Maryland: The trail is also known as the C&O Canal Towpath, and it is nearly 185 miles. It takes you to Cumberland, Maryland, and along the way, you’ll see canal locks, lock houses, canal structures, and more.

Panhandle Trail, Pennsylvania and West Virginia: The 29-mile Panhandle trail heads west from just outside of Pittsburgh and goes over the northern tip of West Virginia.

Ohio to Erie Trail, Ohio: This more-than-270-miles path connects two waterways: the Ohio River in Cincinnati and Lake Erie in Cleveland. You’ll travel diagonally across Ohio and get a glimpse of one of the largest Amish communities in the country.

Cardinal Greenway, Indiana: The Cardinal Greenway is a 61-mile trail that begins near the Ohio border and takes you northwest with a picturesque landscape of wildflowers and charming small towns.

Cedar Valley Nature Trail, Iowa: This 52-mile trail was one of the first rail-trail conversions in the state and follows the Cedar River through farmland and prairie fields.

Cowboy Recreation and Nature Trail, Nebraska: Want an Old West experience? With 219 miles to cover, you’ll have “sweeping views” of the High Plains and a look onto wildlife including bison, turkeys, elk, and prairie dogs.

Casper Rail Trail, Wyoming: At just six miles, it may not be the longest trail, but riding it will link you to cultural attractions like a contemporary art museum.

Trail of the Coeur D’Alenes, Idaho: This trail is managed by the state of Idaho in partnership with the Coeur D’Alenes Tribe. You ride nearly 72 miles across the locale’s panhandle and take in the foothills and Palouse prairie.

Palouse to Cascades State Park Trail, Washington: The end of the Great American Rail-Trail starts with this 200-mile trek across Washington state. It begins at the Idaho border and traverses the countryside to the Columbia River. From the waterway, you’ll see dense forests and eventually end in the Cascade foothills about 35 miles from downtown Seattle.

The RTC first dreamed of the Great American Rail-Trail more than 30 years ago, and they’ve spent the last 18 months working to make it a reality. This includes working with local trail partners and state agencies and well as analyzing which of the 34,000 miles of paths will be ideal for riders.

“The Great American Rail-Trail is a bold vision—one that will take years to complete. The investment of time and resources necessary to complete this trail will be returned many times over as it takes its place among the country’s national treasures,” explains Keith Laughlin, RTC president. “As we embark on the journey to complete the Great American Rail-Trail, we embark on the single greatest trail project in the history of the U.S.”