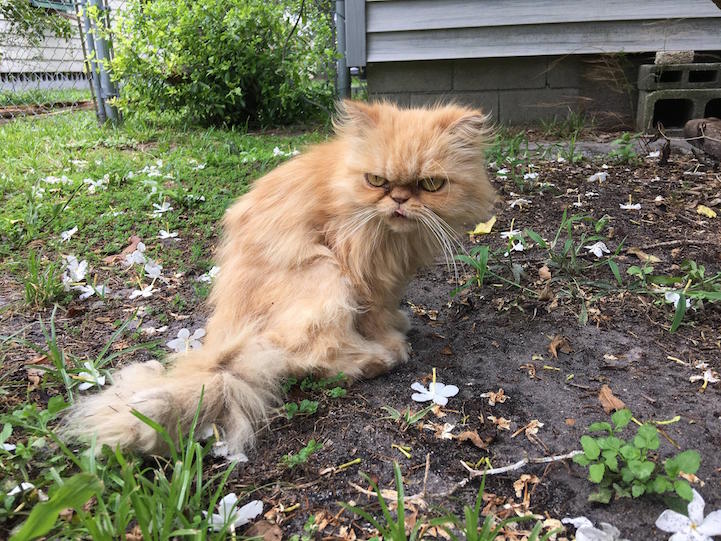 When two people went to a recent home inspection, they got more than they had bargained for—a new furry friend. Paul Tateosian, a real estate agent from Sarasota, Florida, had just arrived at a vacant property with a building inspector when a ginger-colored Persian cat approached them and meowed for attention. Despite his grumpy-looking appearance and permanently-furrowed brow, the feline was a friendly fella who had obviously hit hard times. He was by himself without food or water, and his fur was matted and dirty. Even still, the cat was incredibly happy and vocal, obviously looking for love.

Tateosian sat with the cat—whom they named Garfield—petting his head and keeping him company. Luckily for both Tateosian and the feline, they spent a lot of time together. Real estate agents have little to do with home inspections, so hanging out with Garfield was a great way to pass the two hours. At one point, Tateosian even tried to unsuccessfully feed him a mango. When the real estate agent did have to go inside the home, he routinely checked on the cat to make sure he was “having a good time.”

It was clear, after the inspection, that the two humans couldn’t just leave the cat. “At the end of it all, owing to the fact that the tenants were out, all their stuff was gone, and the owner had never lived in the house,” Tateosian told Love Meow, “the inspector decided to take him home.” This saved Garfield from a number of potential fates. “In Florida, alligators/hawks/eagles/owls/snakes can take these little guys in a flash,” Tateosian explained, “and he needed a home.” Garfield certainly picked the right humans to charm that day! 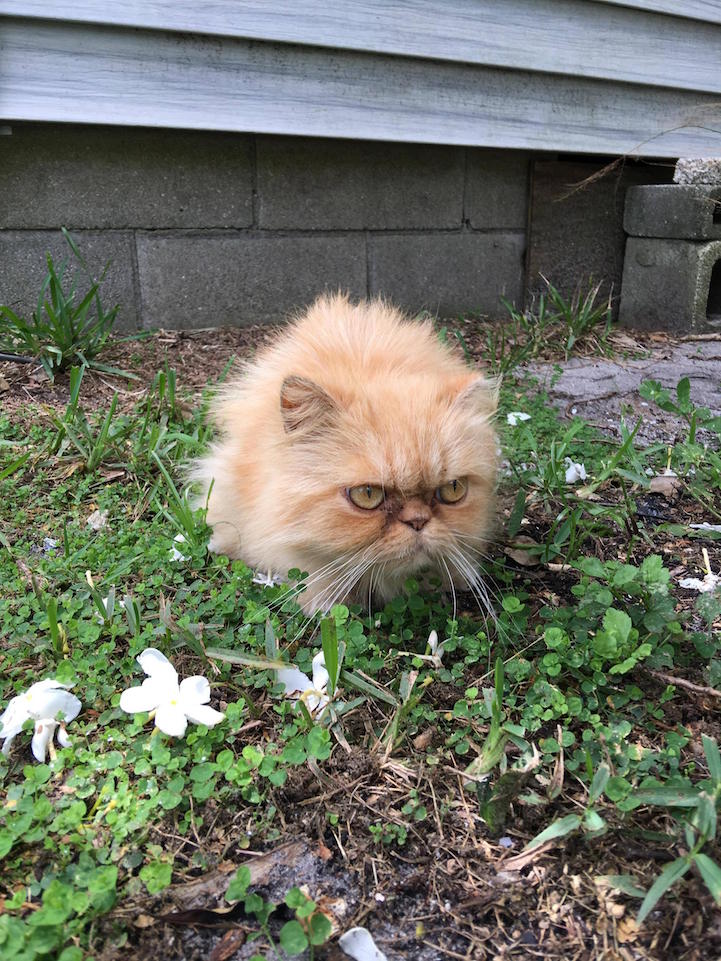 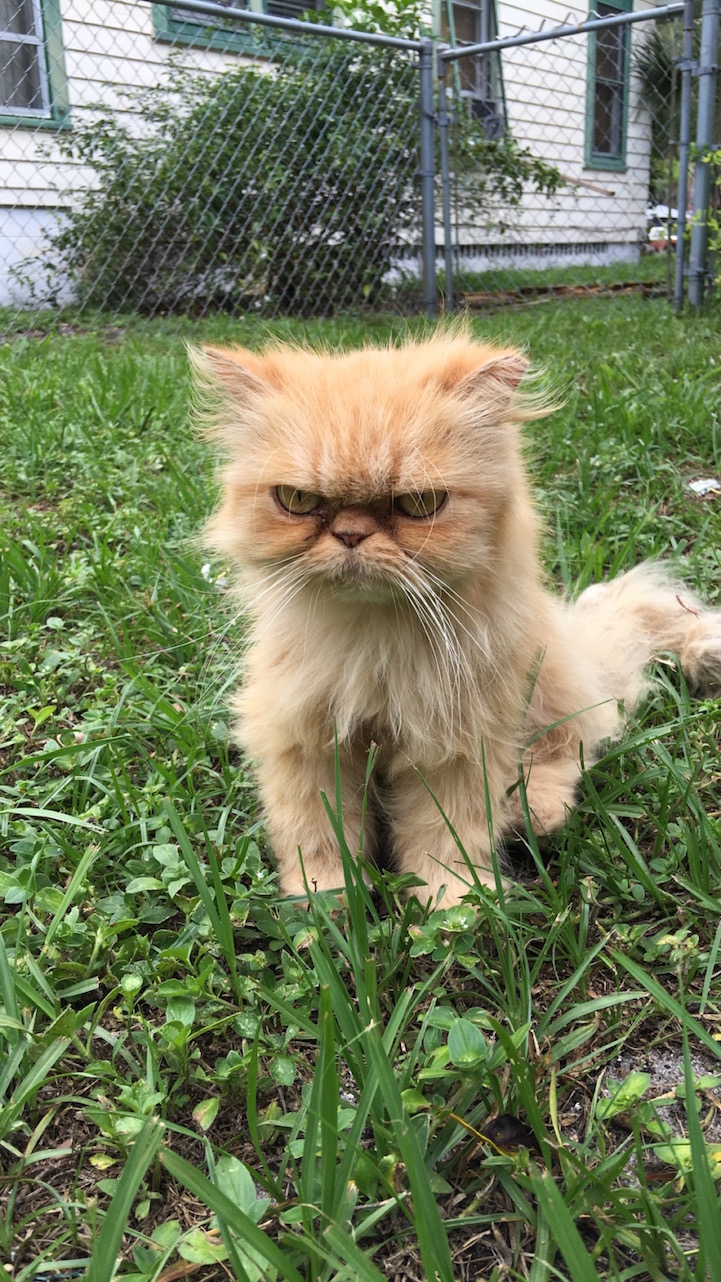 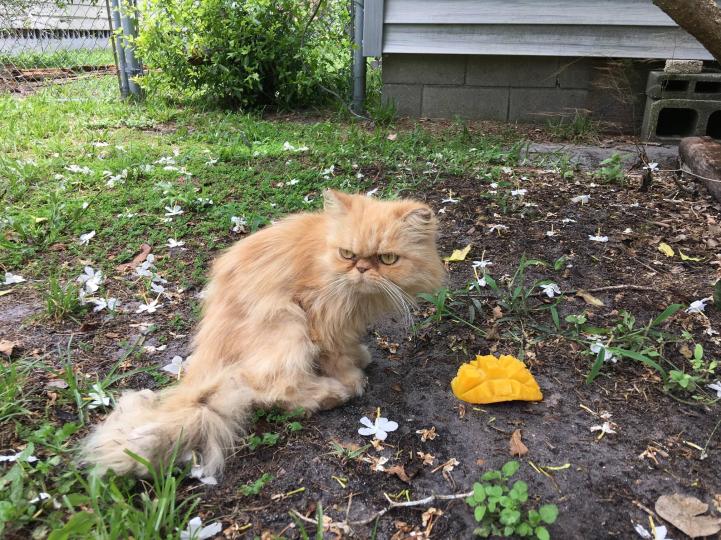 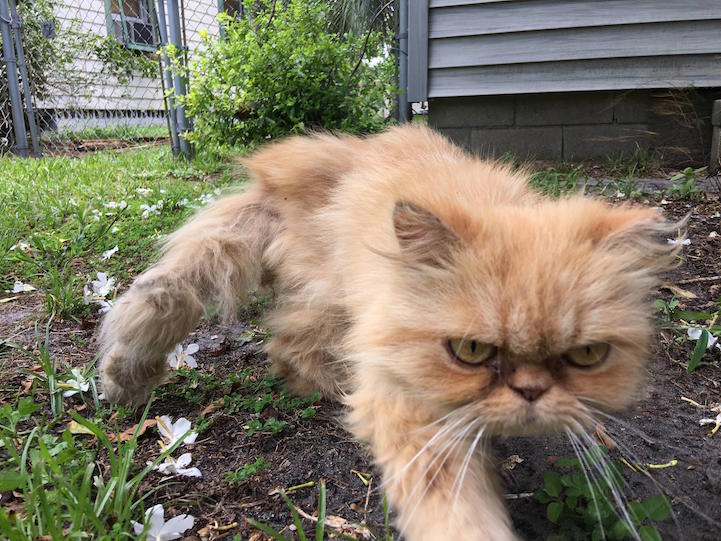 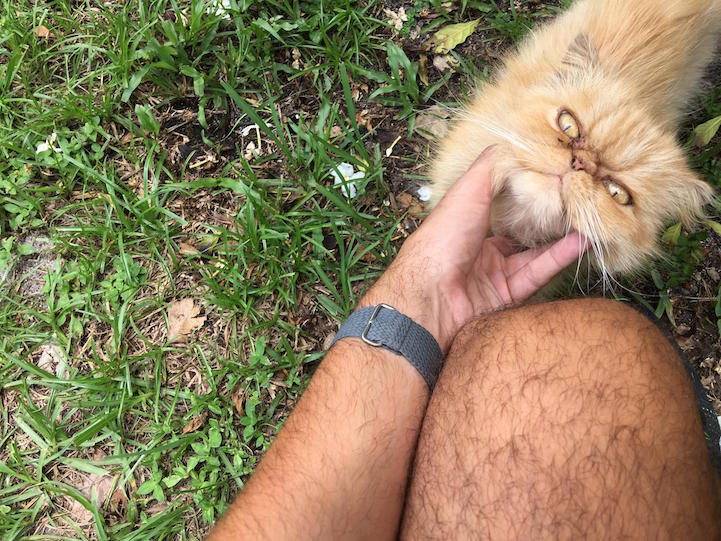 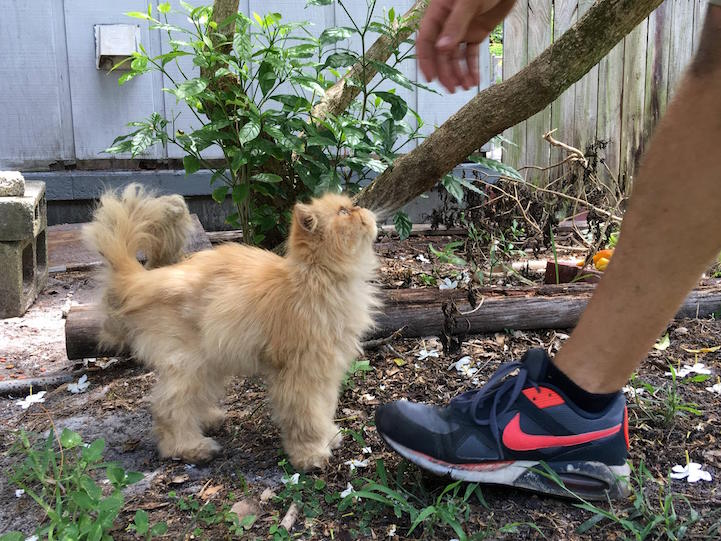 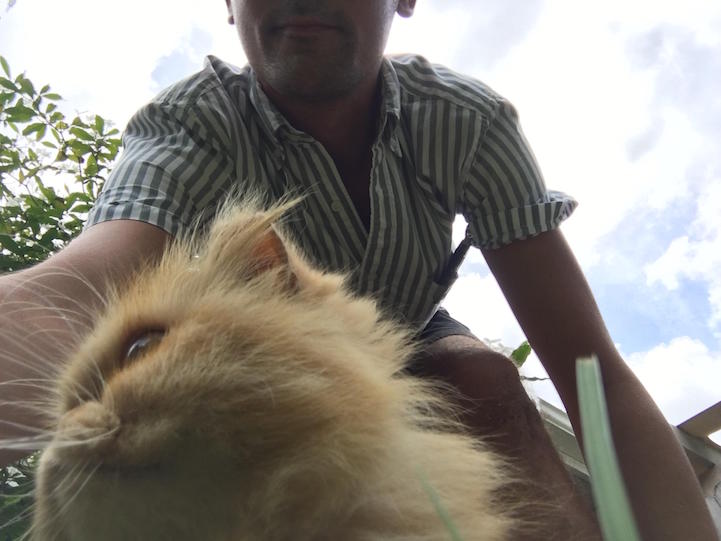