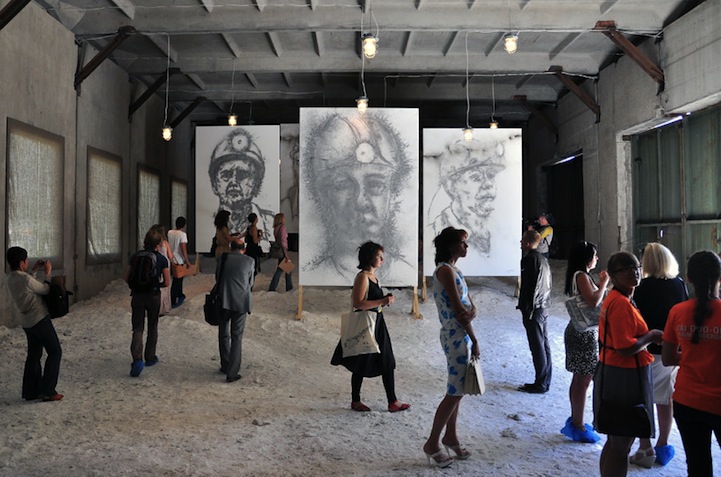 New York-based artist Cai Guo-Qiang brought his trademark gunpowder paintings to the industrial city of Donetsk, Ukraine. His solo show, titled 1040M Underground, is inspired by the artist's experience of the coal and salt mines of Ukraine's industrial Donbas region. During his visit, Cai Guo-Qiang followed coal miners 1,040 meters below ground level and into more than 1,000 meters of the long tunnel.

Portraits were created by nine local painters of 27 mine workers. In front of a live audience at the Izolyatsia center, Cai Guo-Qiang took the drawings and ignited them using different grades and grains of gunpowder. He then mounted them on frames identical to the ones used to hold the portraits of Soviet leaders in propaganda parades. 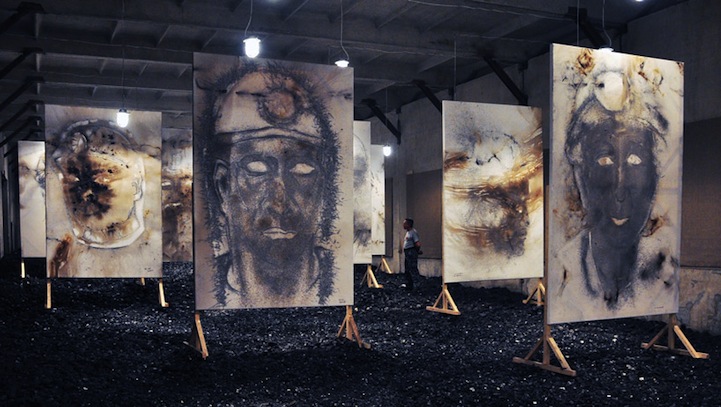 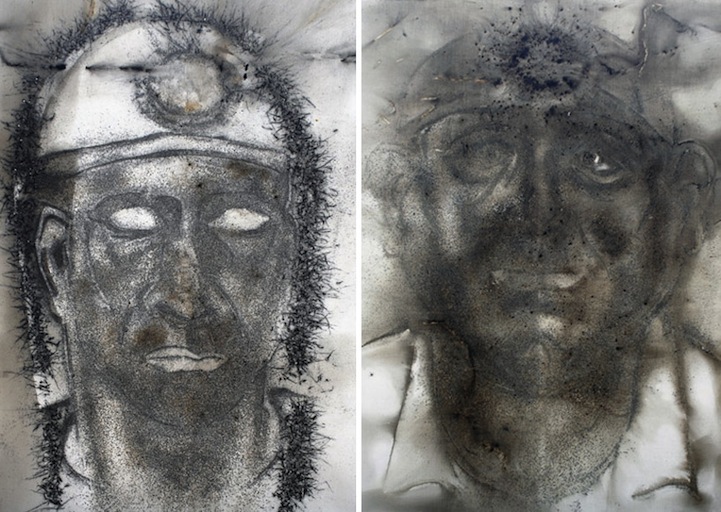 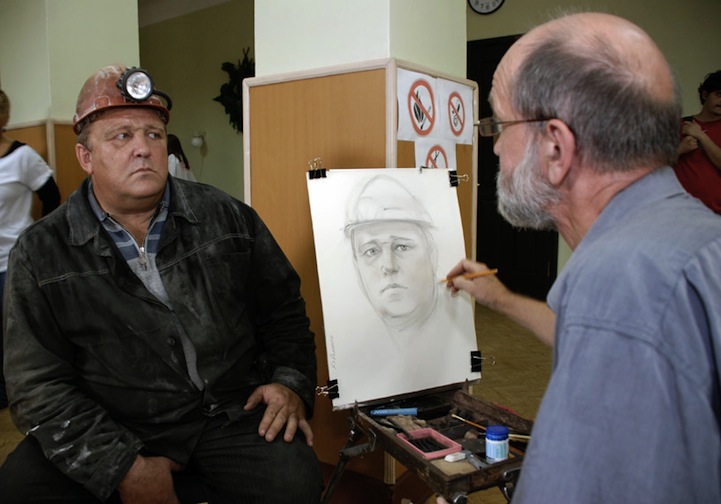 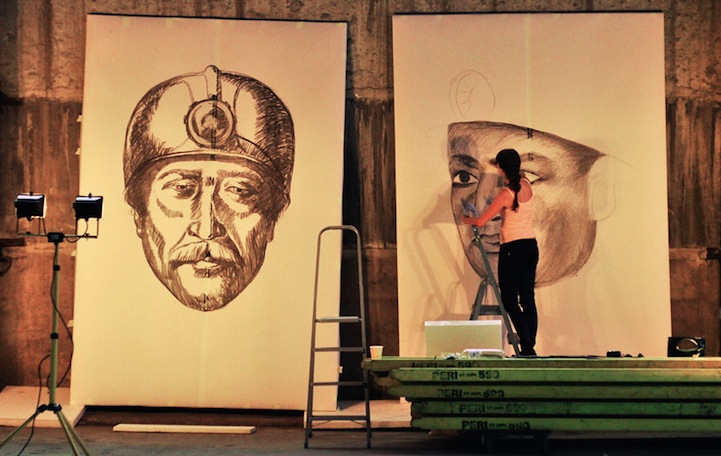 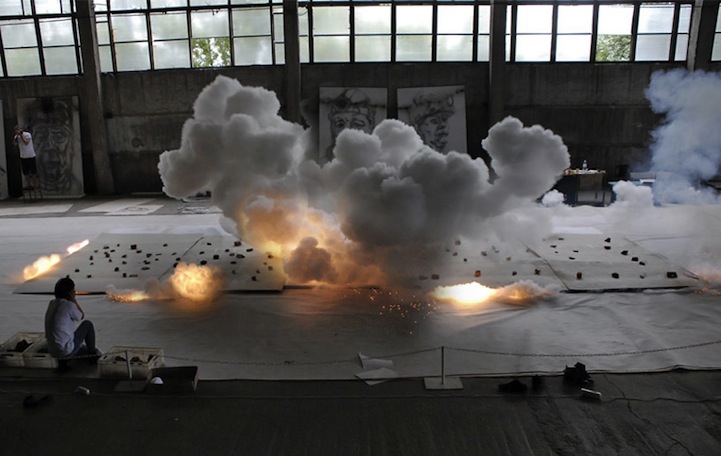