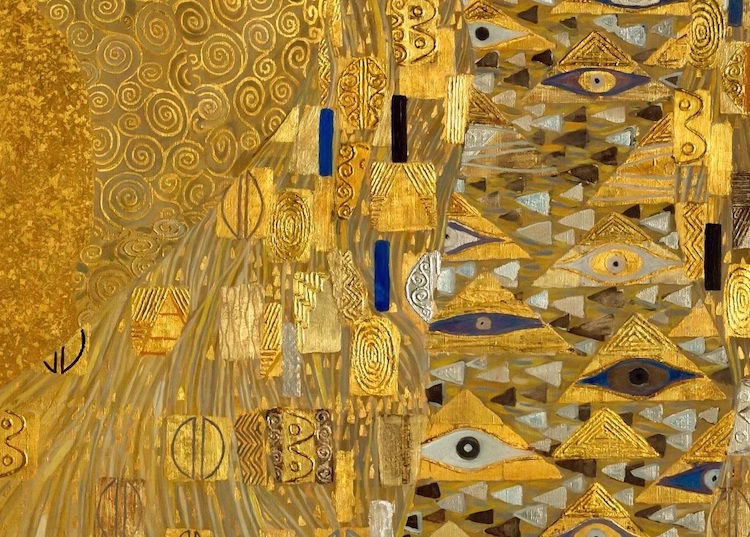 Detail of “Portrait of Adele Bloch-Bauer I”

Austrian artist Gustav Klimt is one of the most celebrated Symbolist artists. During his successful career, he cultivated a portfolio comprising academic paintings, life drawings, and even decorative art objects. Still, he is most well-known for the collection of glistening, gilded works he produced during his Golden Phase.

This luminous period lasted about a decade, yet it has come to characterize Klimt's style and has resulted in some of modern art‘s most well-known and valuable paintings.

Gustav Klimt began his professional career in 1880, when he, his brother, and a friend formed the “Company of Artists.” The trio was often commissioned to paint murals across Vienna. While these large-scale, public paintings were initially rendered in an academic style and featured classical subject matter, many of them foreshadowed Klimt's role in the Secessionist Movement—and his subsequent shift into his avant-garde Golden Phase. 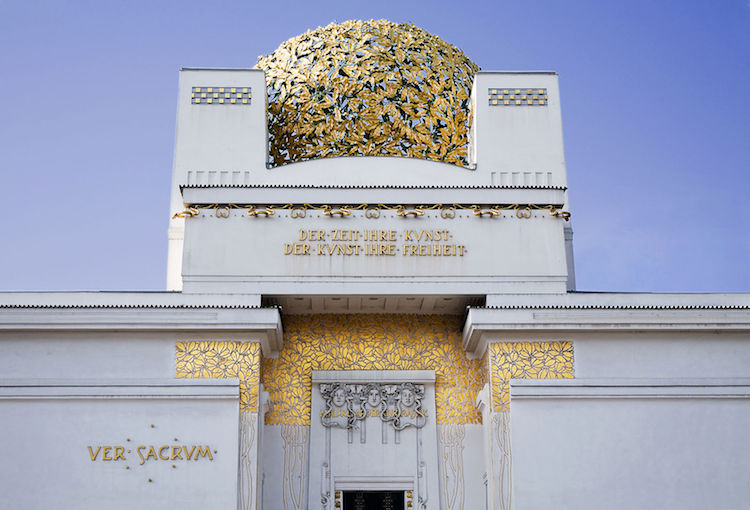 Klimt co-founded the Secessionist Movement in 1897. Rejecting Vienna's traditionally conservative art scene, Klimt and other Secessionists gave Vienna's contemporary artists a platform to share their work. This liberating movement inspired and allowed Klimt to experiment with his art and develop a Symbolist style inspired by the Art Nouveau and Arts and Crafts movements.

As his painting style became increasingly modern, his approach to material did, too. During the movement's early years, Klimt began incorporating gold leaf into his works, marking the start of his career's most successful—and sparkly—period.

Pallas Athene is often regarded as the earliest piece from Klimt's Golden Phase. Completed in 1898, this oil painting depicts the Greek goddess Athena clad in armor and striking a defiant pose. While this piece still features the classical influence present in his early pieces, its bold use of gold and the presence of patterns hint toward Klimt's coming work. 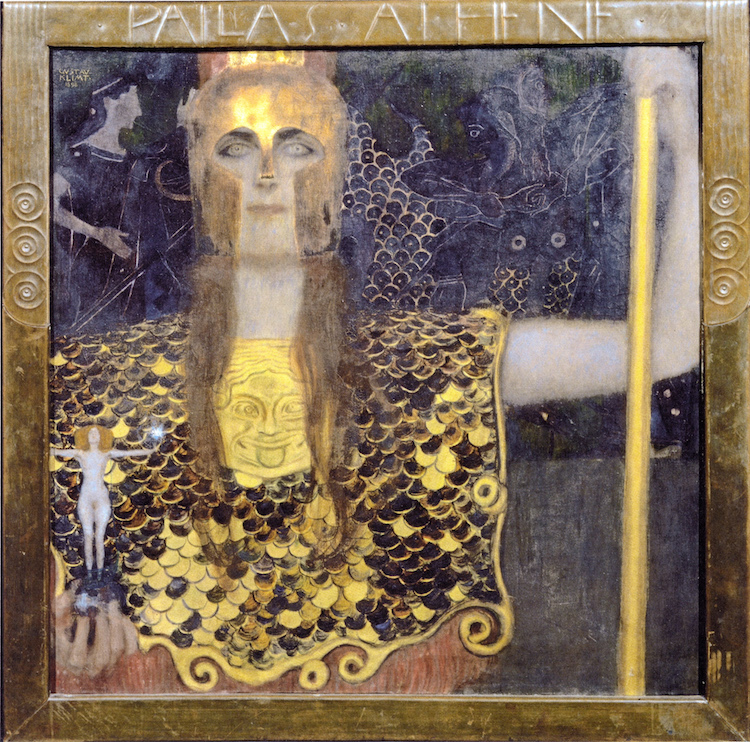 In 1902, Klimt moved deeper into his Golden Phase with the Beethoven Frieze. This 112-foot-long wall cycle was created for the 14th Vienna Secessionist exhibition. It pays homage to the German composer and pianist Ludwig van Beethoven by offering a visual interpretation of his 9th Symphony. It also features the opulent planes, mystical motifs and figures, and ornamental accents that have come to characterize Klimt's golden paintings. 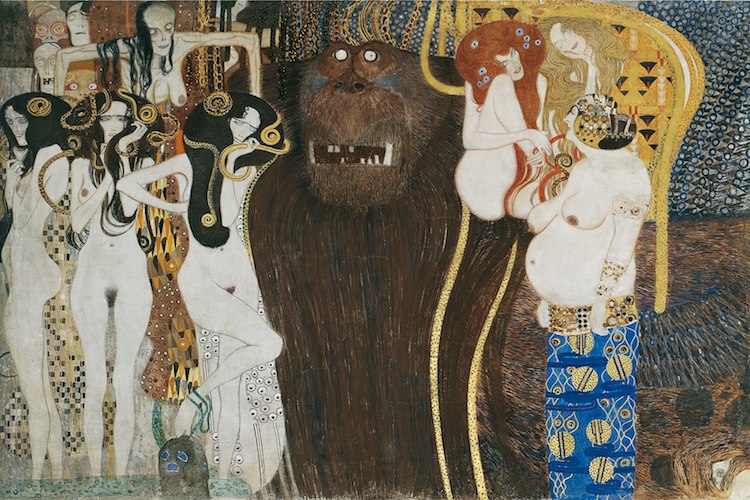 The Height of the Period

As a successful painter and prominent figure in Vienna's contemporary art scene, Klimt was often commissioned to paint portraits of the capital city's upper-class women. The most well-known of these depictions is Portrait of Adele Bloch-Bauer I (1907), a piece that features the wife of a wealthy Jewish banker. Though this piece portrays one of Klimt's real-life contemporaries, its bold use of gold gives it an ethereal feel reminiscent of a Byzantine mosaic, illustrating the timeless quality of the “new Viennese woman.” 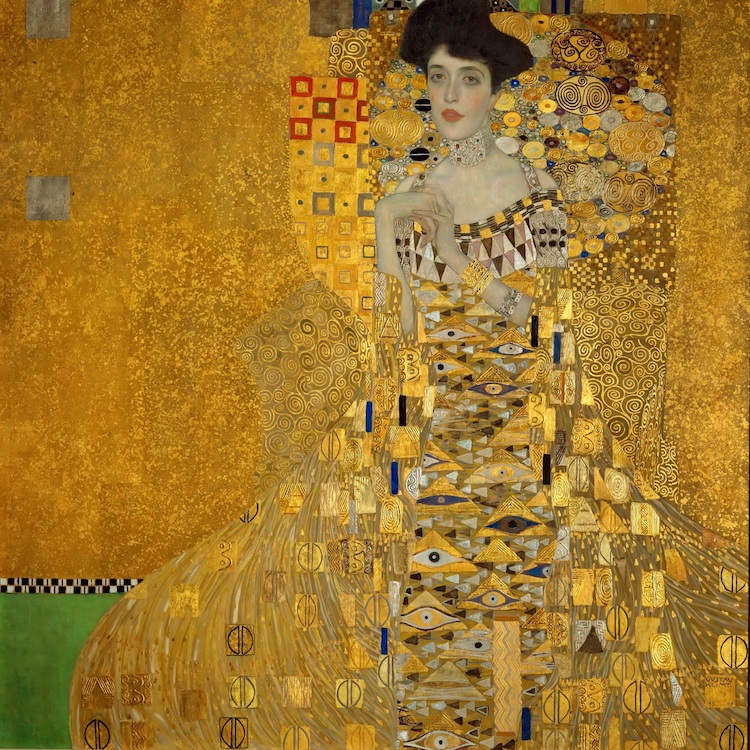 Between 1905 and 1911, Klimt created the Stoclet Frieze, a series of three extravagant mosaics commissioned for the dining room of the Stoclet House in Brussels. The focal point of the entire set is the Tree of Life, a stylized portrayal of a tree with swirling, spiraling branches, intricate pattern-work, and symbolic motifs inspired by ancient art.  The tree is complemented by figures, including an elegant dancer and a couple that bears a striking resemblance to the lovers featured in The Kiss. In his studies for the frieze, Klimt adorned the scene with gold accents. 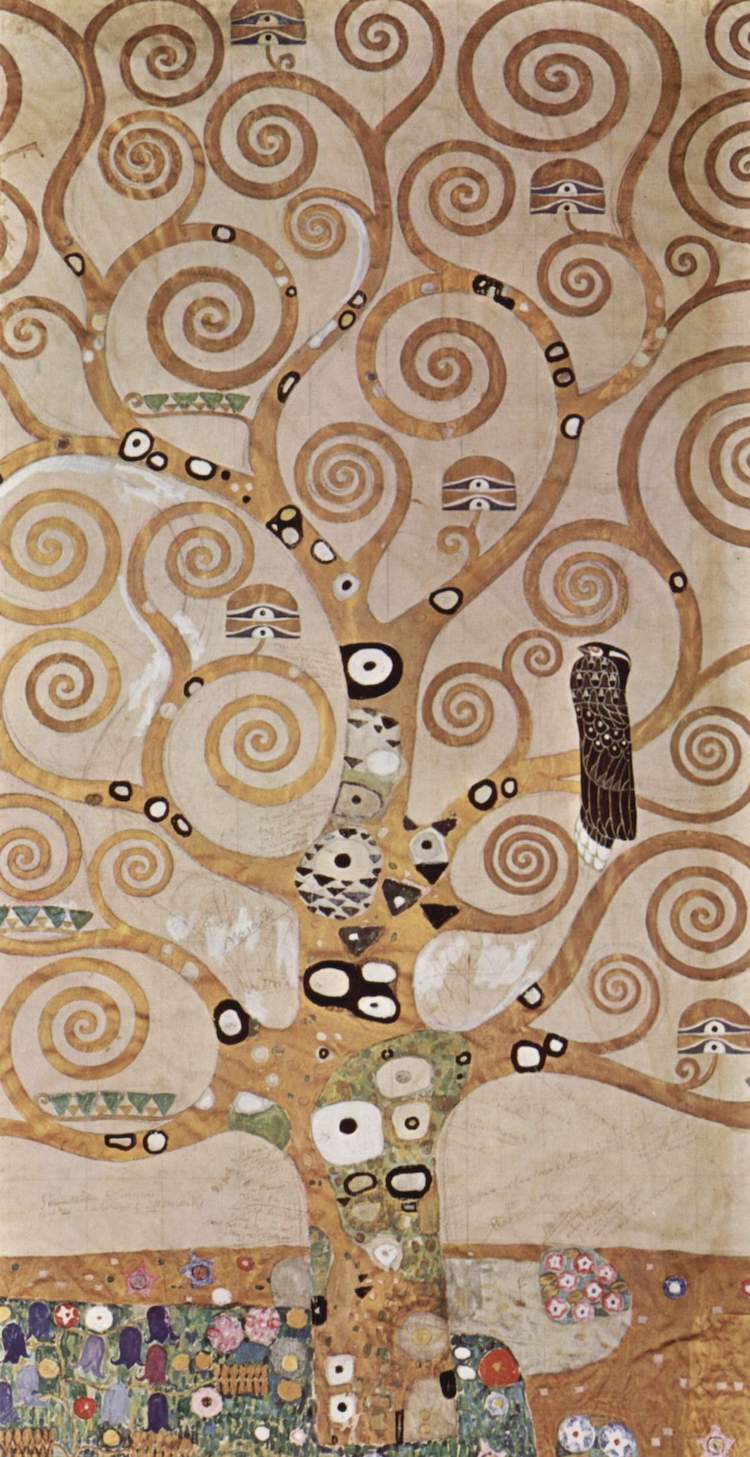 Arguably Klimt's most famous work, The Kiss was completed in 1908. It portrays a man and a woman as they peacefully embrace in a patch of shimmering flowers. Clad in contrasting patterns and predominantly composed of gilded forms, they encompass the decorative focus of Klimt's Golden Phase. 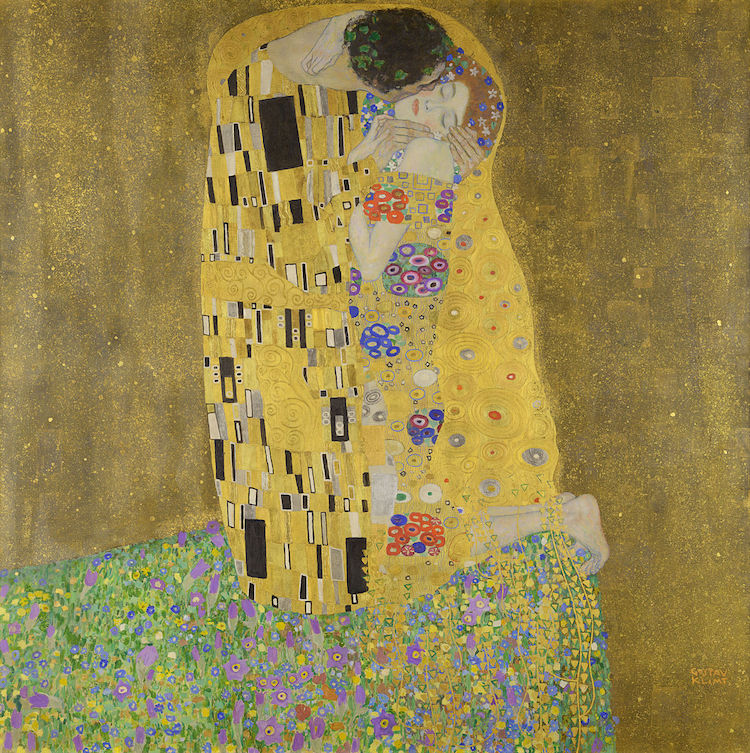 Around 1911, Klimt stopped decorating his canvases with gold leaf. Instead, he began incorporating intricate planes of kaleidoscopic color into his compositions, culminating in designs reminiscent of woven tapestries or inlay decoration. 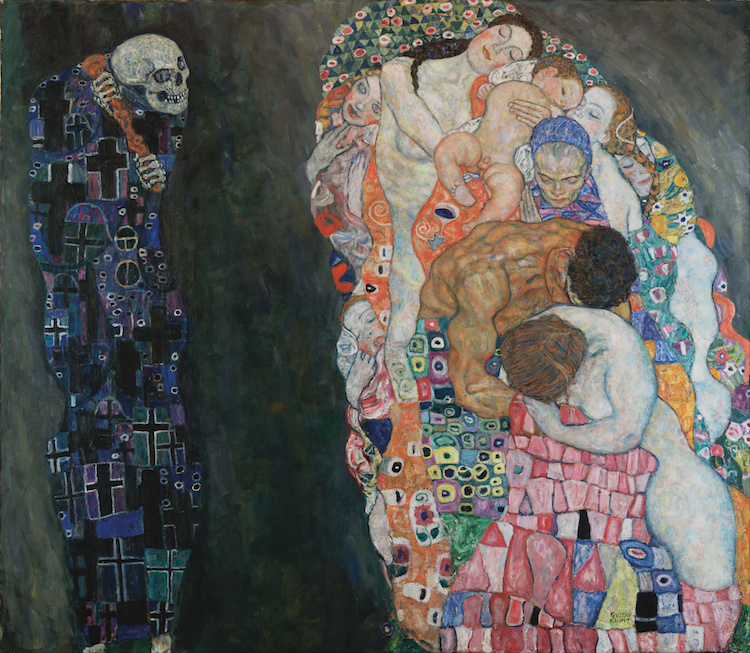 Klimt worked in this style until his death in 1918. While these works remain a celebrated part of his portfolio (Death and Life received first prize in the 1911 International Exhibition of Art in Rome), it is the glittering pieces from his Golden Period that seem to stand out from the rest. 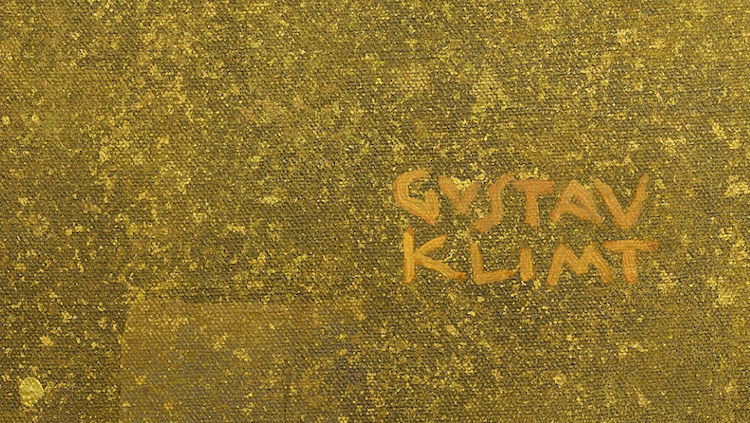 Detail of “The Kiss”