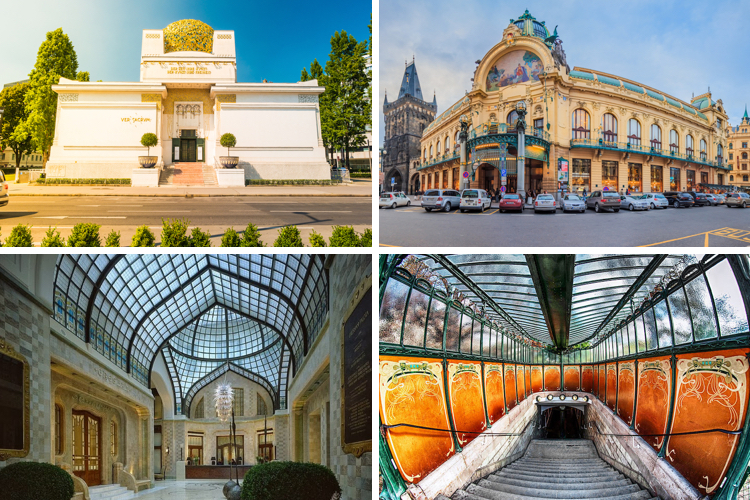 At the turn of the 20th century, a new architectural movement swept through Europe, creating some of the most spectacular monuments in history. From about 1890 to the start of World War I, Art Nouveau architecture swept across the continent, making use of new technologies for a highly ornamental, elaborate style.

When we think of paintings by Gustav Klimt or Alfonse Mucha, we’re touching on the Art Nouveau aesthetic. It’s a style influenced by nature, where stylized forms come together for bold, elaborate architecture. Just what are the hallmarks of Art Nouveau architecture? Aside from curving lines and shapes inspired by natural forms, the use of glass and wrought iron brings sculptural elements to Art Nouveau structures. In fact, architects of the time embraced the possibilities brought on by the Industrial Revolution.

Not focused only on exterior architecture, Art Nouveau is a complete style that includes furnishings and interiors. From silverware to wallpaper, artists were dedicated to creating a complete, immersive experience. But just where did the name, Art Nouveau (‘New Art’) come from? We can thank the French, who named the style after a gallery—Maison de l’Art Nouveau–that featured the style. It’s also known as Belle Epoque, Modernisme, Jugendstil, and Liberty Style, depending on the country.

Let’s take a tour across Europe to see some memorable examples of Art Nouveau architecture. 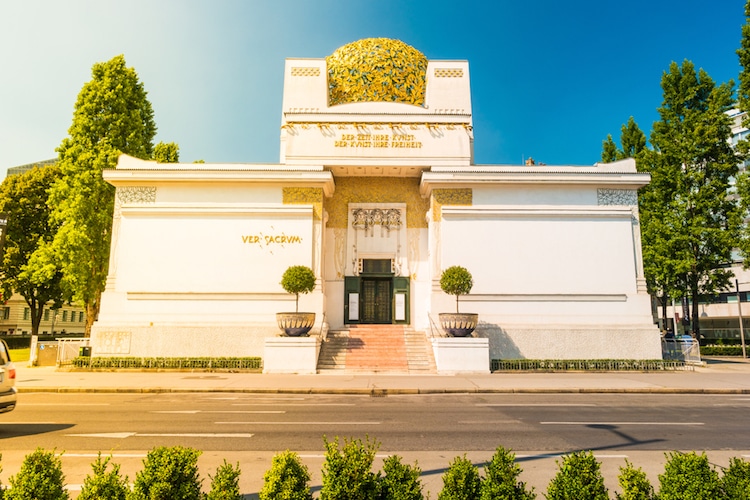 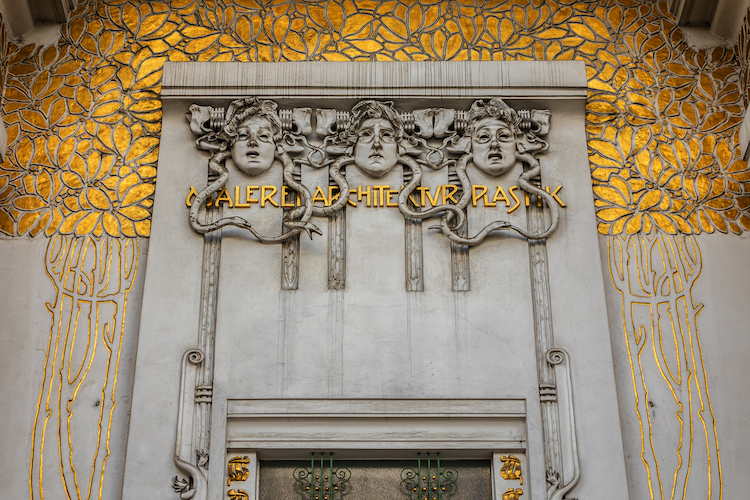 In Vienna, a group of rebel artists broke out to form the Secession, a branch of Art Nouveau. This building, constructed in 1897, was a visual manifestation of their beliefs. Gustav Klimt created a frieze for the now iconic structure, which has the group's slogan, “To every age its art, to every art its freedom,” carved above the door. 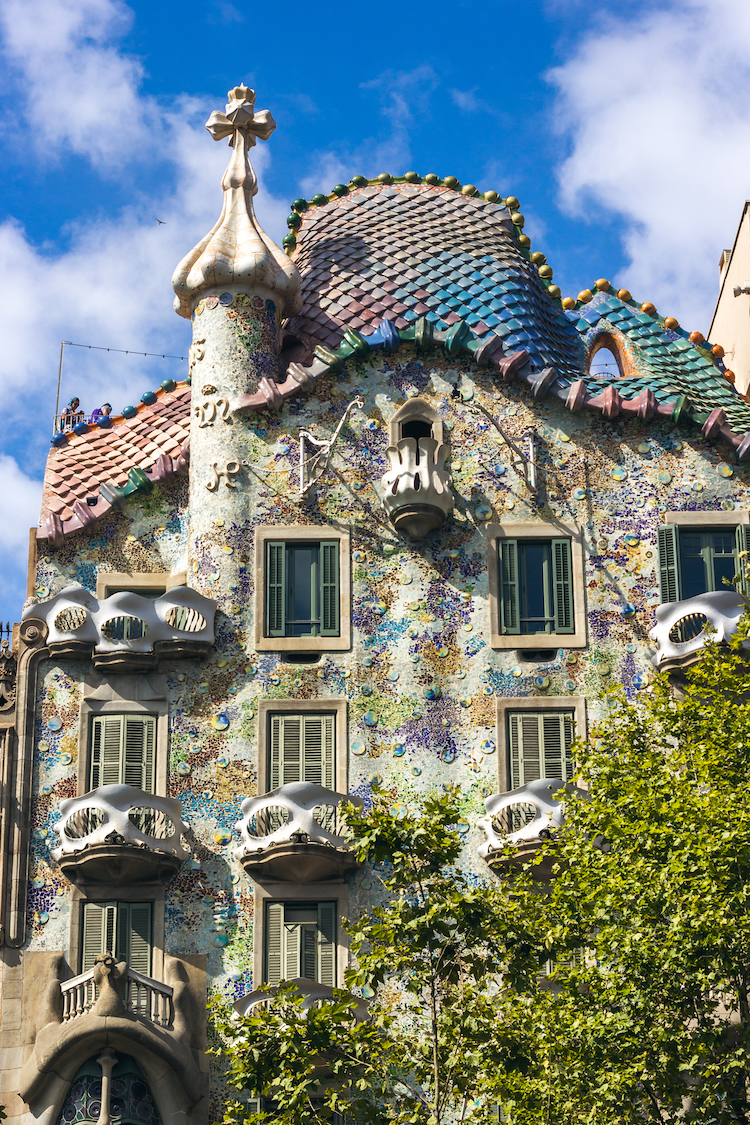 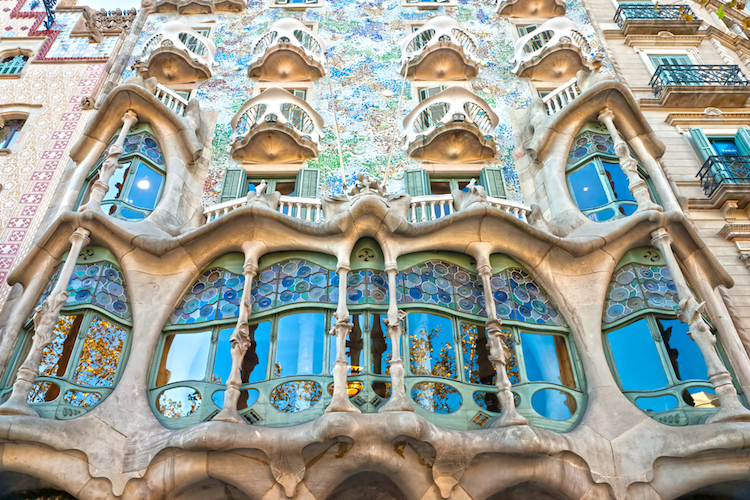 Also known as the House of Bones, Casa Battló was remodeled in 1904 by famed architect Antoni Gaudí. It's defined as an example of Art Nouveau architecture (or its Spanish term Modernisme) in a broad sense, with its curving facade and use of glass and ironwork. 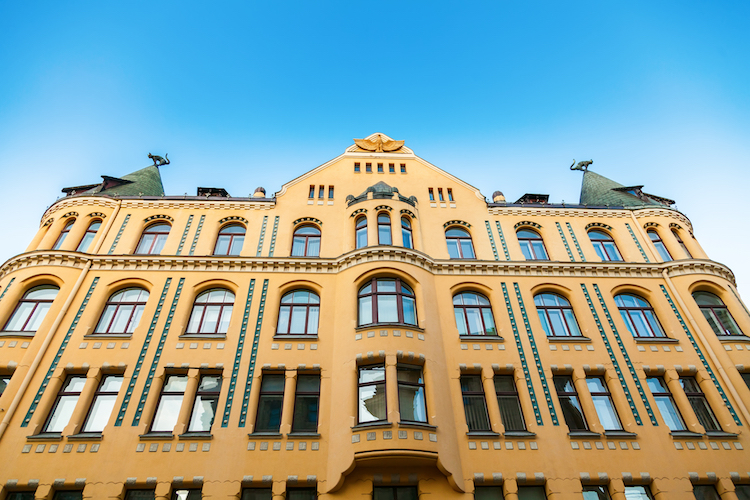 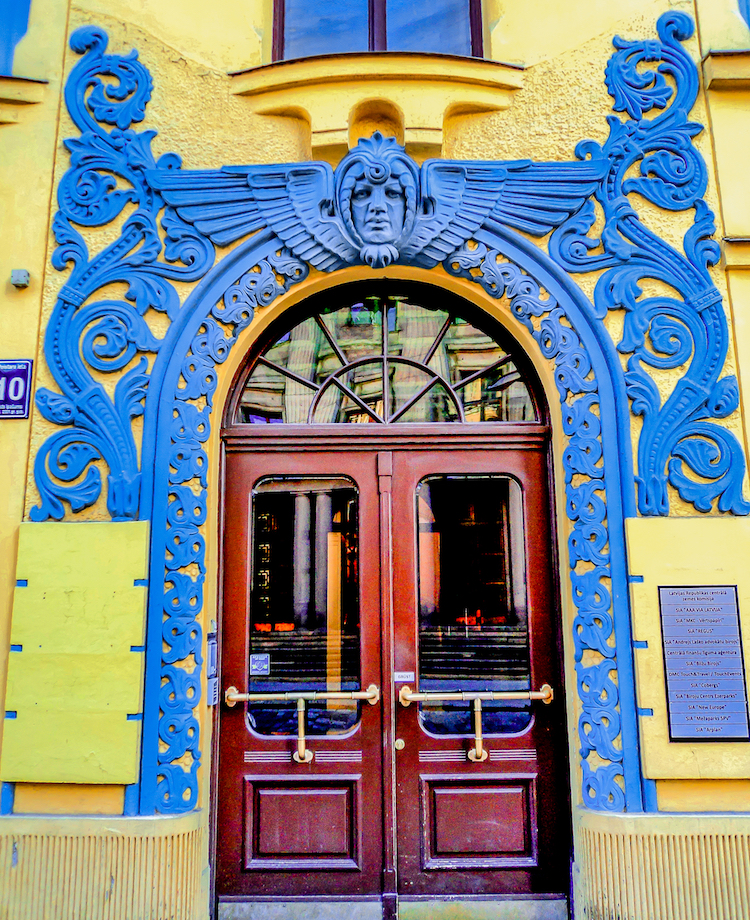 Riga is the place to go for Art Nouveau lovers, as it's estimated that one-third of the city's buildings were constructed in this style. Built in 1909, the Cat House takes its name from two cat sculptures that grace the roof. 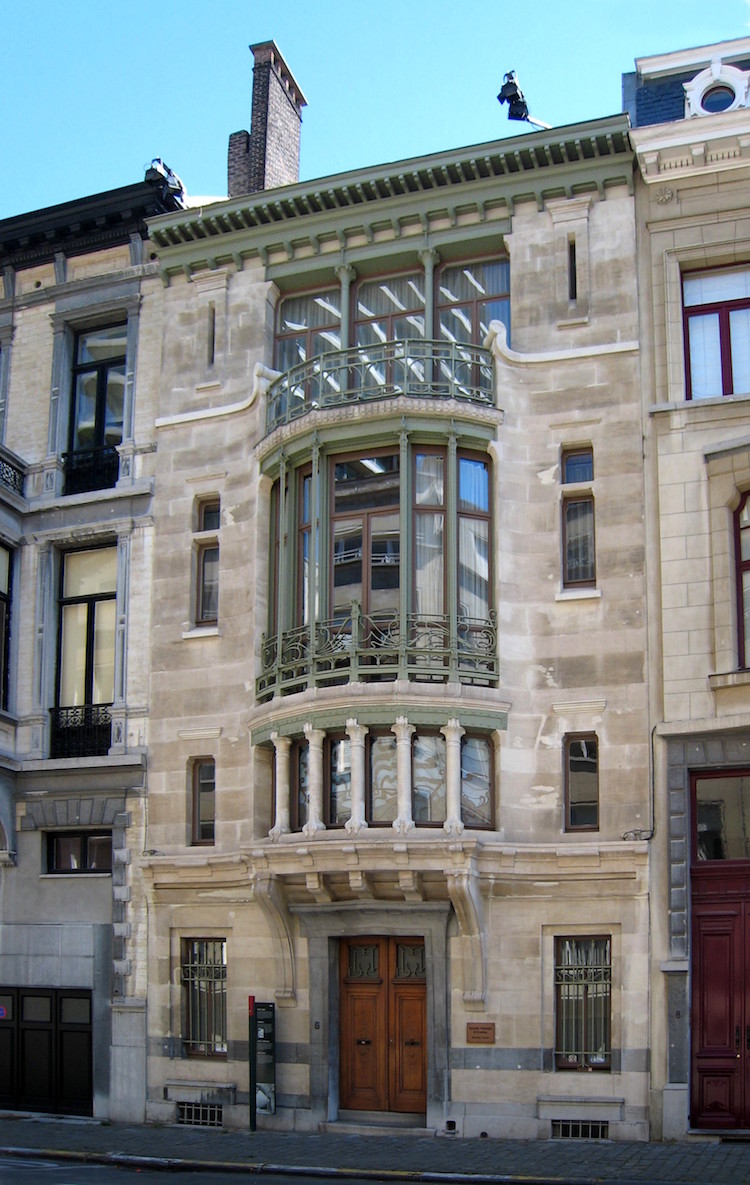