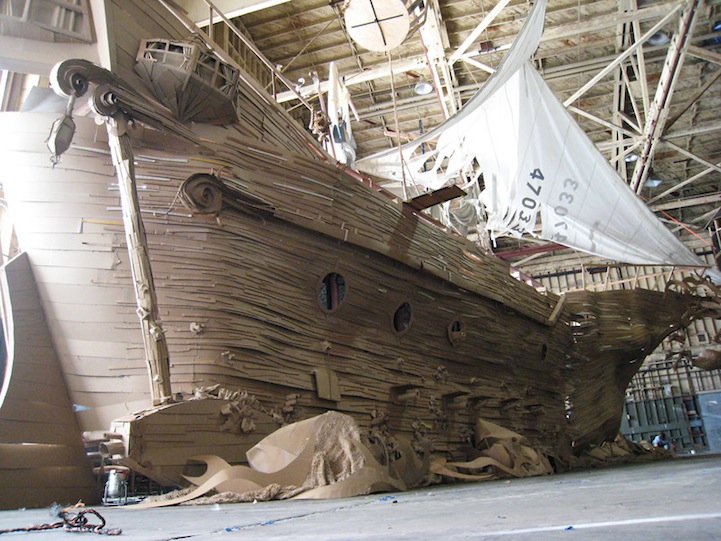 As they were planning their Treasure Island-themed Halloween party last year, friends Josh, Mikey, and Joel clearly didn't want to skimp on the decorations so they decided to build a life-sized pirate ship made completely out of cardboard! The creative trio developed this elaborate design and, using just cardboard boxes, a hot glue gun, and box cutters, they spent five days building this incredibly detailed ship as the centerpiece for their party.

To produce the eco-friendly design, the three guys first searched the neighborhood to find materials. They picked up old boxes left on the streets for trash pick-up and brought them back to the warehouse where the party was to be held. Long planks layered together to create texture made up the sides of the ship while larger sheets were used to produce cardboard waves along the base. The most impressive feature is the intricately carved figurehead on the front of the ship, which features a skeleton woman with wild hair and a huge, curly tongue hanging out of her mouth.

Dedicated to their party theme, the three guys left no detail overlooked. They built lanterns and porthole windows, and even hung an old, tattered sail from overhead. One can only imagine that their party was a huge success! 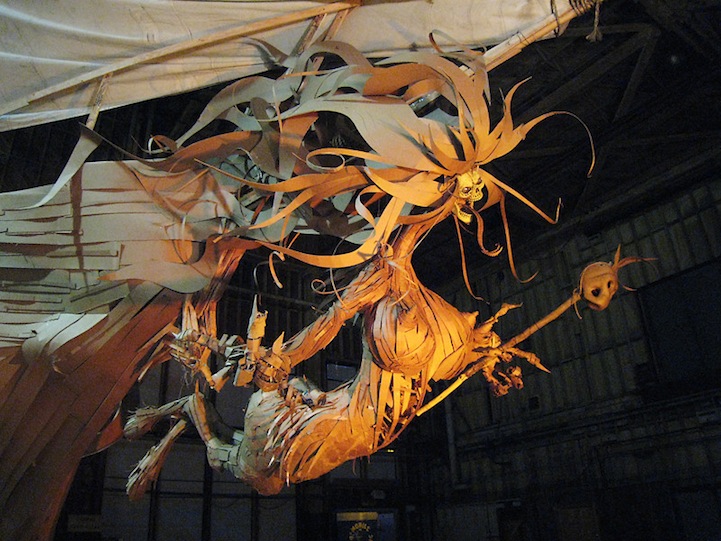 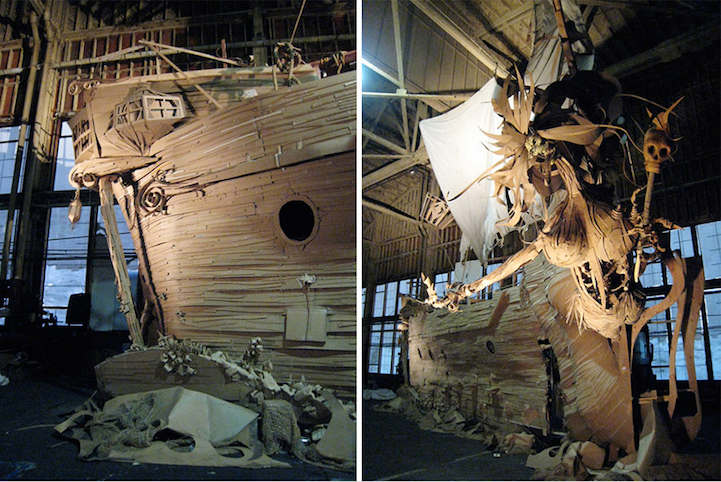