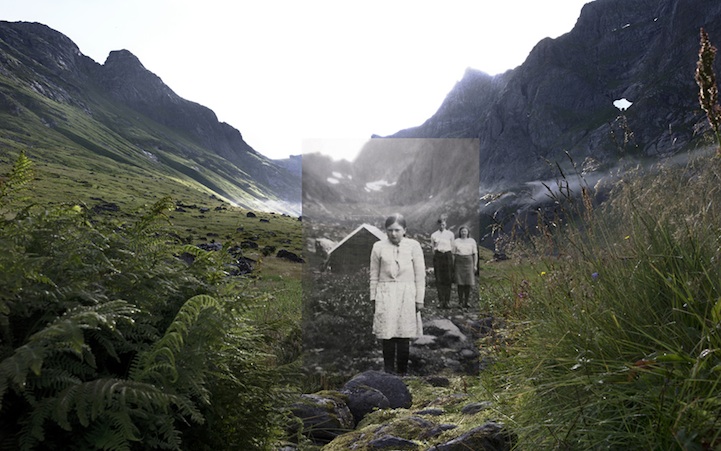 When Hebe Robinson visited a remote region of northern Norway with camera in hand, she used a handful of historical photos as her guide. Fueled by a desire to re-create a lost way of life, the photographer explored the deserted landscape once inhabited by fishermen. Small, wooden homes were scattered among the mountain ranges and meadows until the families took government payouts to move to centralized locations. The program was part of a post-World War II effort to reorganize and modernize the country. When the families moved 60 years ago, they took their scant belongings with them – including the building materials of their houses. Interestingly, the residents dismantled the dwellings, leaving stone foundations as the only traces of their former way of life.

Robinson used photographs collected from descendents of the original Lofoten residents as a roadmap. She diligently scouted out the precise locations where the photos were taken, using trees, rocks and other landmarks as guides. She then superimposed the historic images onto the photos of the present-day locations. The resulting project, aptly titled Echoes, takes us back in time to relive candid moments of a simpler era. “Historic photographs from these places are returned to where they once were taken, linking past and present together,” Robinson says. 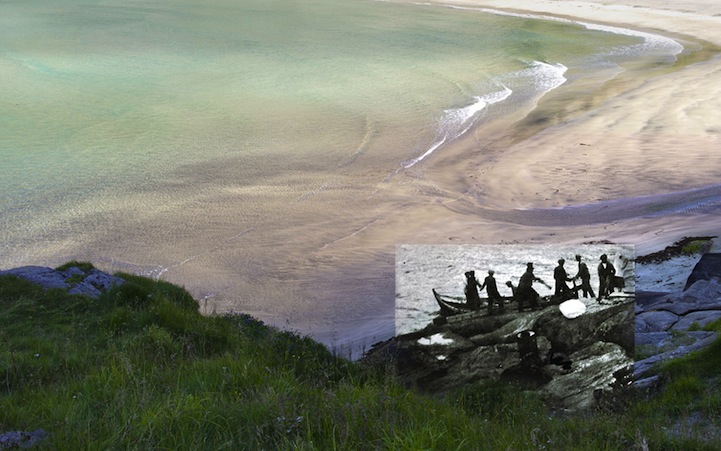 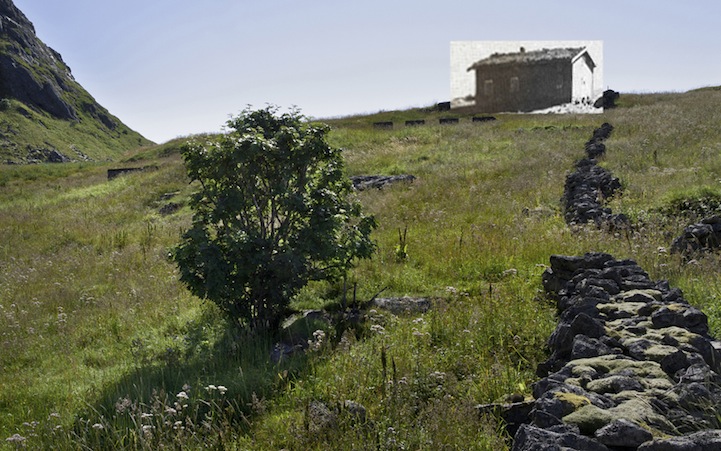 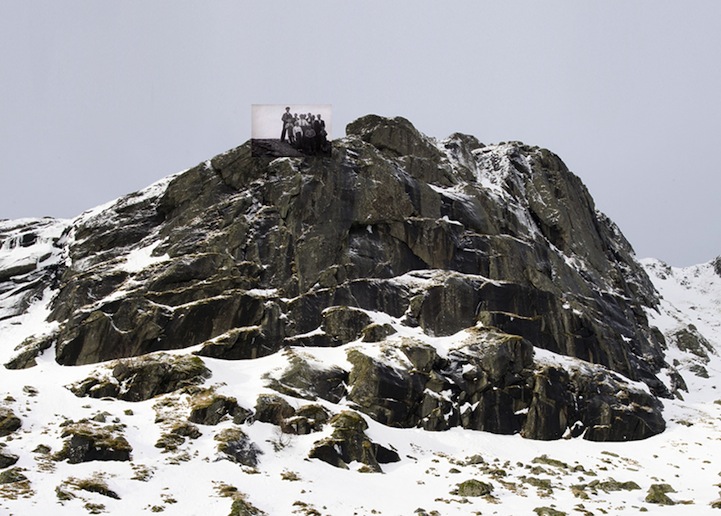 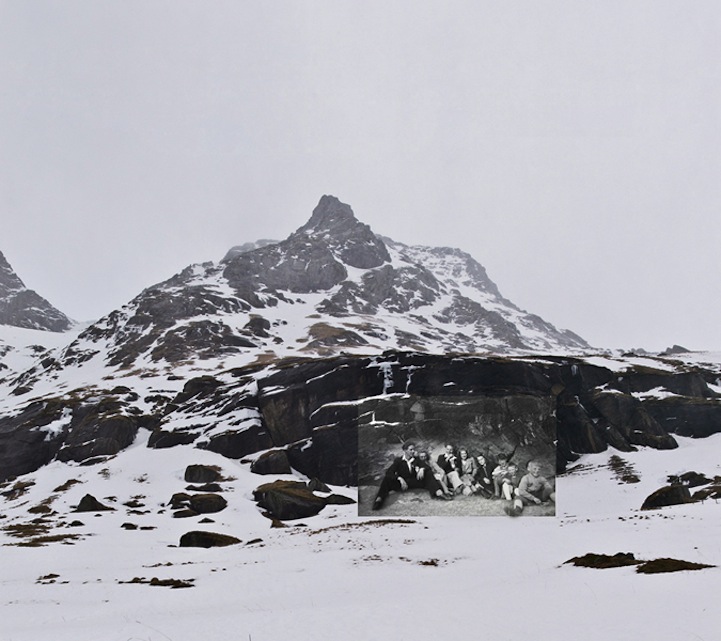 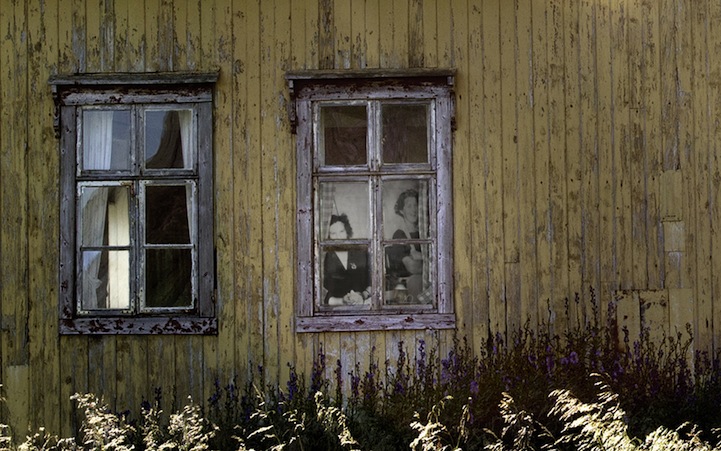 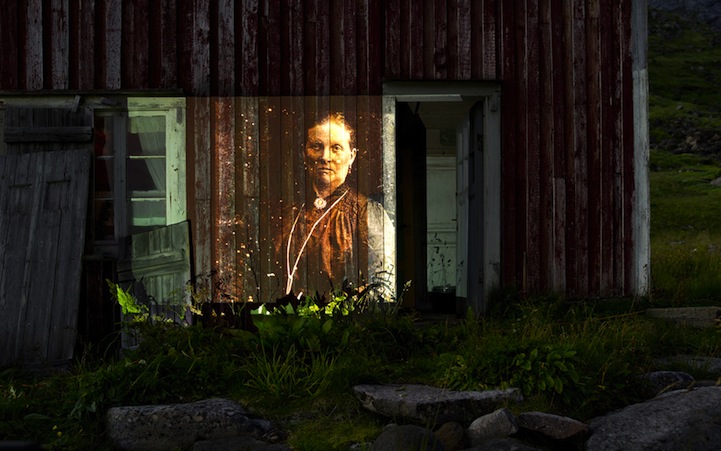 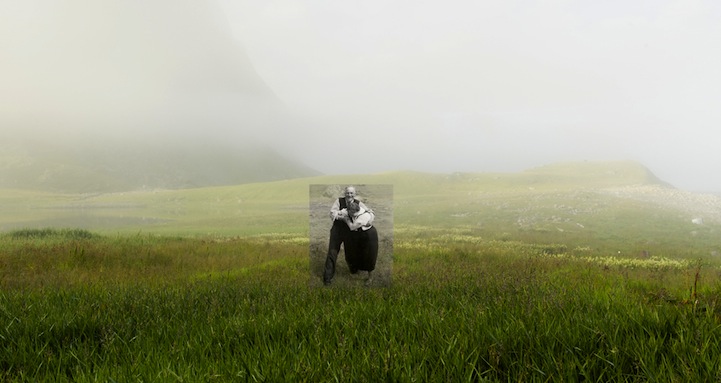