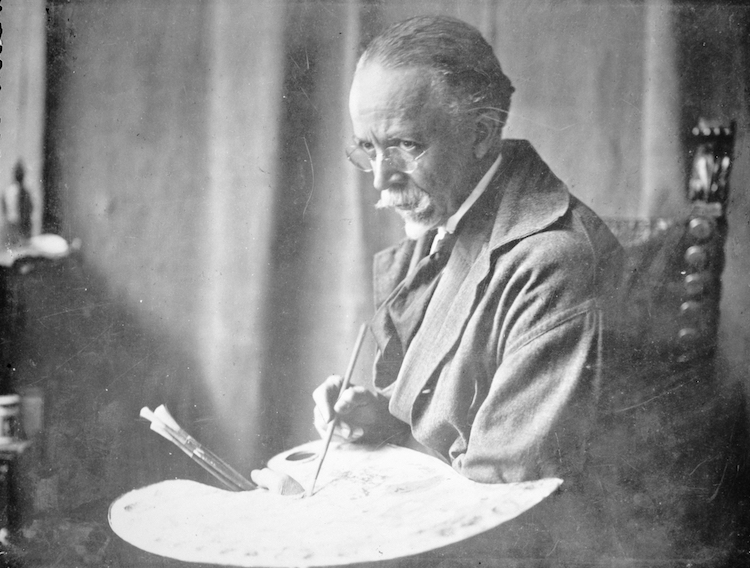 The 19th century was not an easy time to be a Black person in America, especially if you were trying to make it as an artist. For that reason, it is extremely remarkable to note when an American artist of African descent is able to rise above the racial discrimination so prevalent during that time period and become a renowned artist of international acclaim. Henry Ossawa Tanner was one such artist, and he was able to achieve that impressive feat during his lifetime.

While he struggled with the complexities and the implications of his race and heritage, Tanner ultimately persevered and was able to develop his talent in a variety of genres. His artwork and story leave a lasting legacy that has impacted many Black artists who’ve followed since.

Who Was Henry Ossawa Tanner? 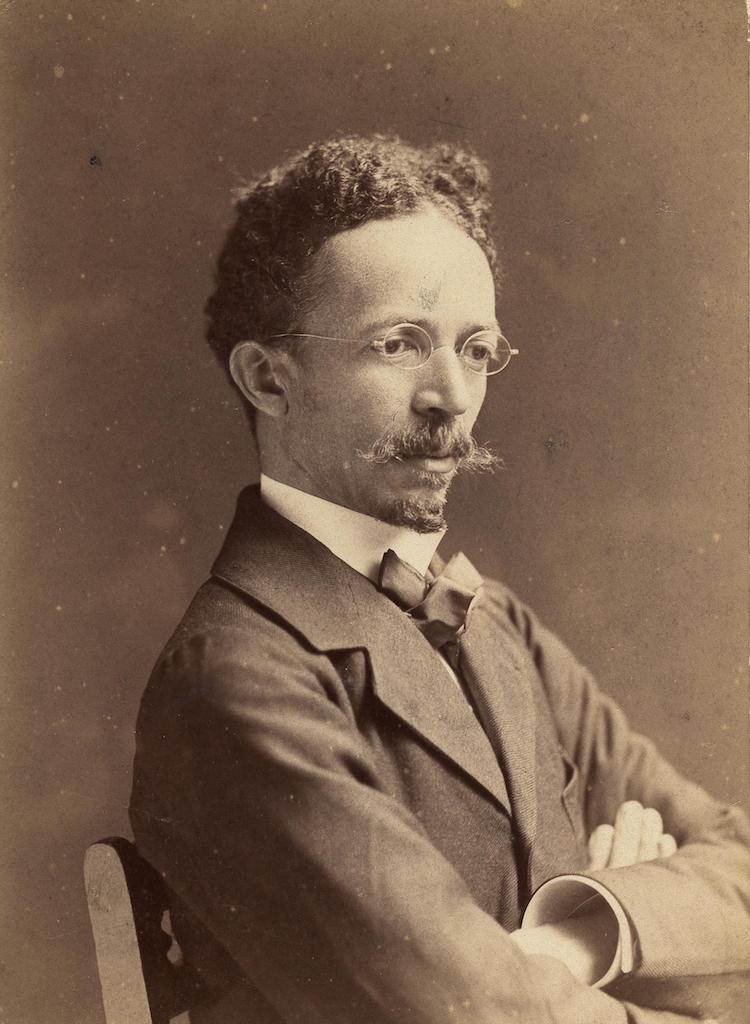 Tanner was drawn to the arts from a very young age. He was only about 13 years old when—after seeing an artist at work while on a walk with his father through Philadelphia's Fairmount Park—he decided he wanted to be a painter. “It was this simple event that, as it were, set me on fire,” Tanner later recounted of the experience.

Though he struggled with poor health in his youth, this further served to help him develop his artistic talent. While his activity was limited due to his health, he used every opportunity he could to draw, paint, and see as much art as possible. During that period, there weren’t many artists that would accept an African American apprentice; however, Tanner was able to enroll at the Pennsylvania Academy of the Fine Arts—where he was the only Black student—in 1880, at the age of 21. 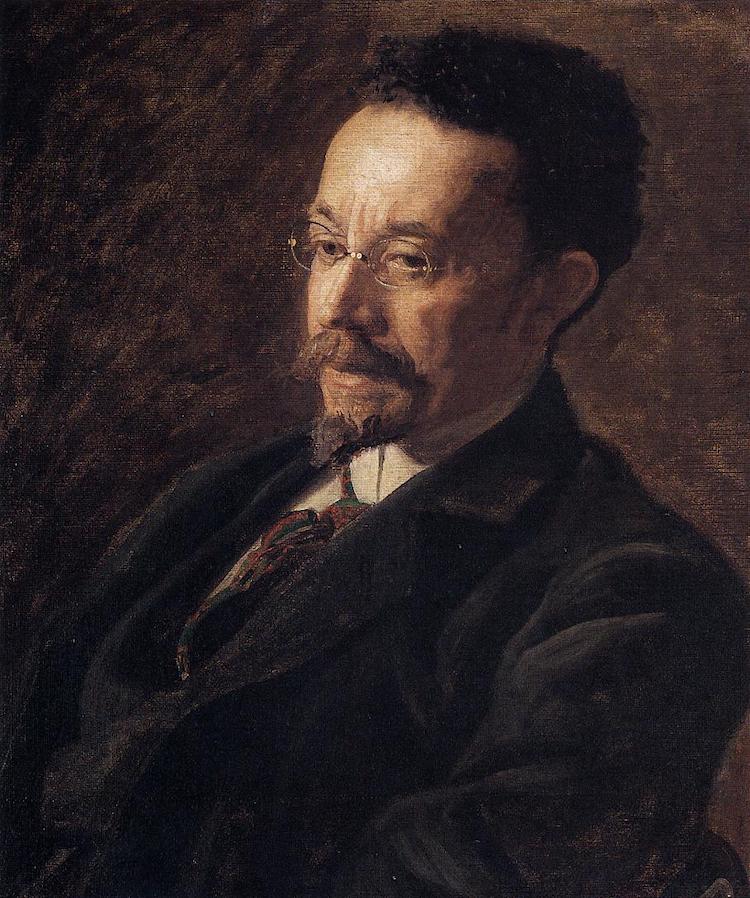 At the Academy, Tanner studied under Thomas Eakins—who had an immense impact on his early style and development as an artist. He also became friends with other budding artists who would go on to have a great influence on American painting, including Robert Henri. This time was very formative for the young artist.

In 1888, Tanner moved to Atlanta, Georgia to try and make a living and save money to travel to Europe, while continuing to work on his art. He established a small gallery there, where he sold paintings and took photographs. He also taught art classes at Clark College to make ends meet.

It was in Atlanta where the artist met Bishop Joseph Crane Hartzell and his wife, who became his main patrons. Their patronage allowed Tanner to achieve his dream of traveling to Europe. He finally set sail in 1891, with plans to study art in Rome. However, after a stop in Paris, he fell in love with the art scene there and quickly forgot all ideas of Rome.

Tanner enrolled at the Académie Julian in Paris, where he studied under artists such as Jean-Paul Laurens and Jean-Joseph Benjamin-Constant. From there, his artistic career continued to blossom, and he became the first African American artist to achieve international acclaim. He would spend most of the rest of his life in France—where he felt a measure of relief from the racial prejudices so overwhelming in his home country—only returning to the U.S. in brief stints for visits and exhibitions.

What Did Henry Ossawa Tanner Paint? 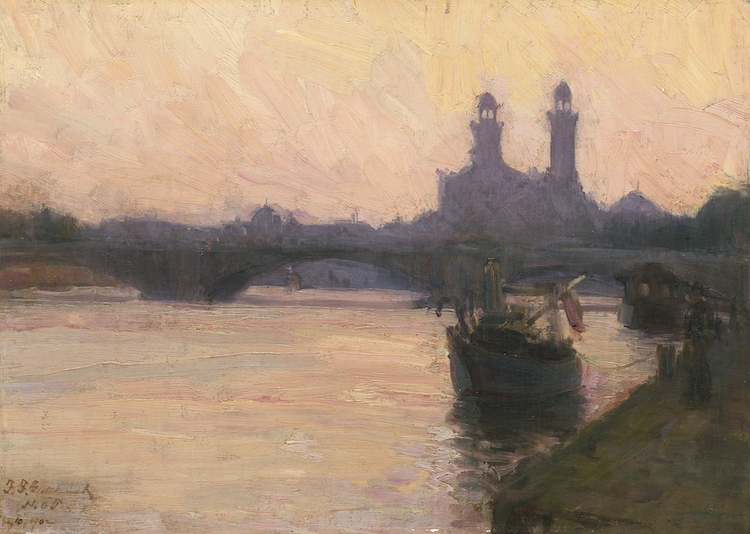 Tanner is well known for his expressive and serene landscapes. Much of his early career was spent focusing on these types of subjects, and his reverential treatment of landscape scenes is also evident in many of his later religious paintings. In 1885, he painted one of his earliest major landscapes, Sand Dunes at Sunset, Atlantic City—which was added to the White House Permanent Collection 1995 (the first painting by a Black artist to be acquired for the collection). 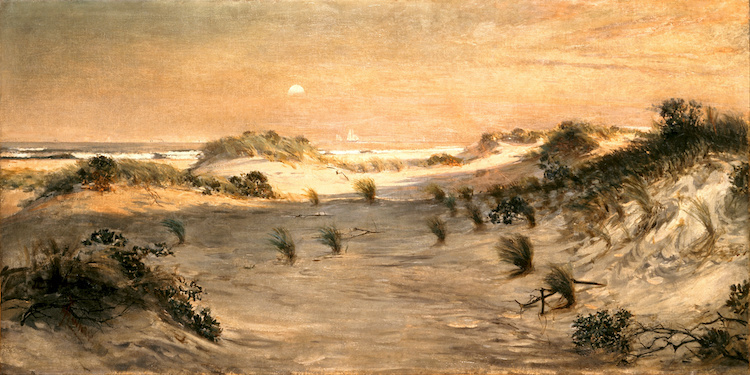 During his early years in Paris, Tanner began to paint genre scenes—several of them focusing on Black subjects. In 1893 and 1894, he painted two of his most well-known paintings, The Banjo Lesson and The Thankful Poor. After a trip to Chicago in 1893 to deliver a paper called The American Negro in Art, the artist had become more conscious and concerned with providing dignified, respectable, and relatable depictions of African Americans in art. This was during a time when Black people were most often made caricatures or portrayed as “other” in artistic representations. 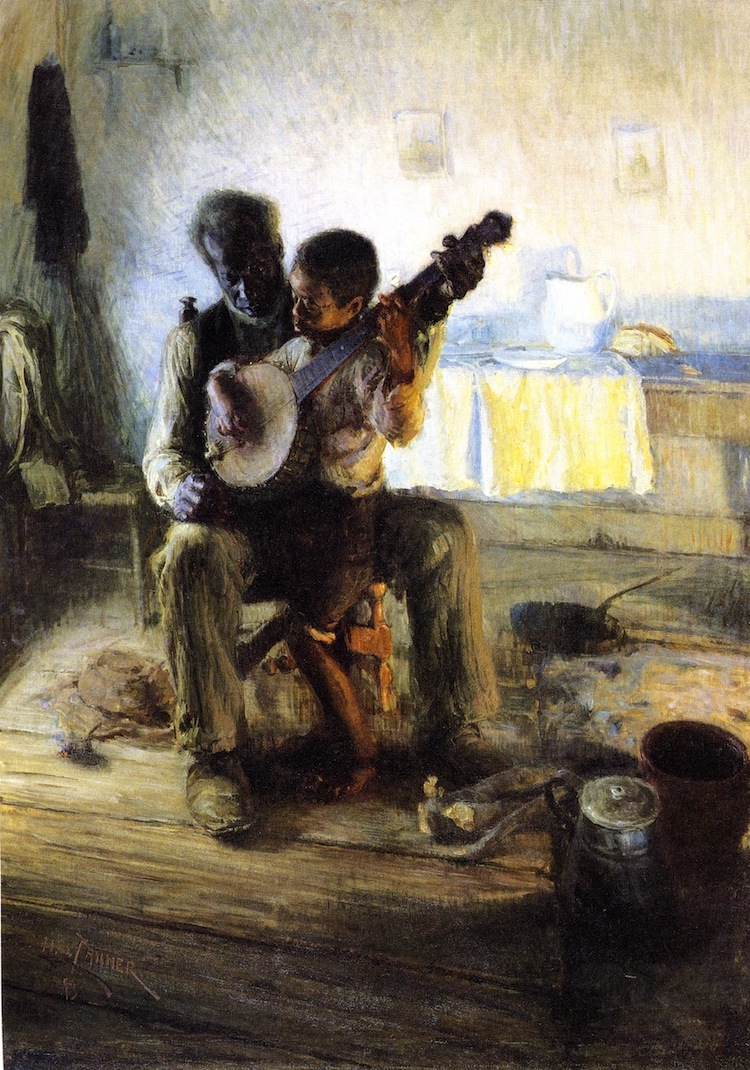 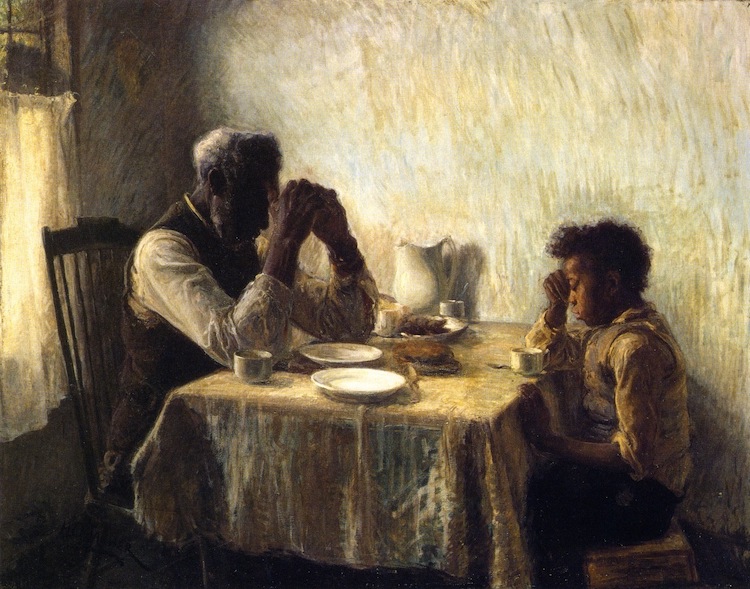 After Tanner’s return to Paris in 1894, the artist quickly shifted to painting the religious scenes that earned him a good portion of the attention he gained during his lifetime. After one of his religious works won a third-class medal in the Paris Salon and was purchased by the French government for the Luxembourg Gallery, one of Tanner’s patrons Rodman Wanamaker funded a trip for the artist to the Middle East. Wanamaker thought Tanner should study the environment where the biblical scenes he was becoming so well-known for took place, and the trip allowed the artist to further his study and development. 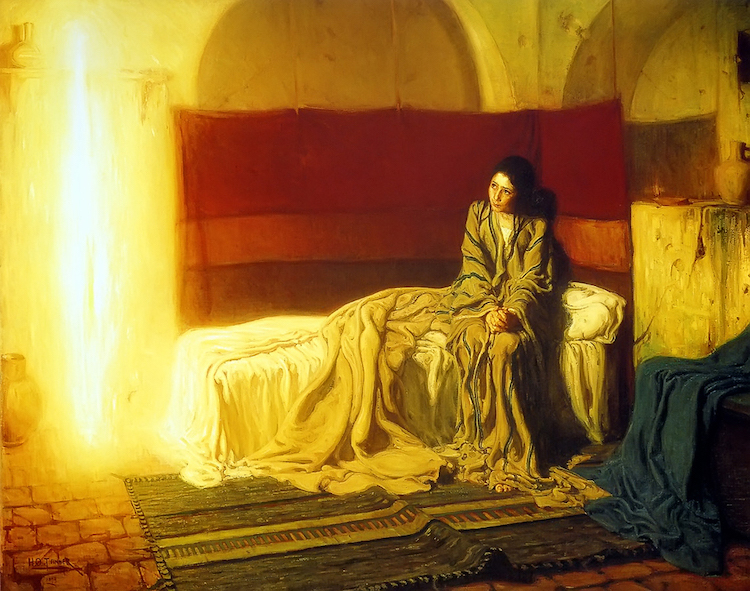 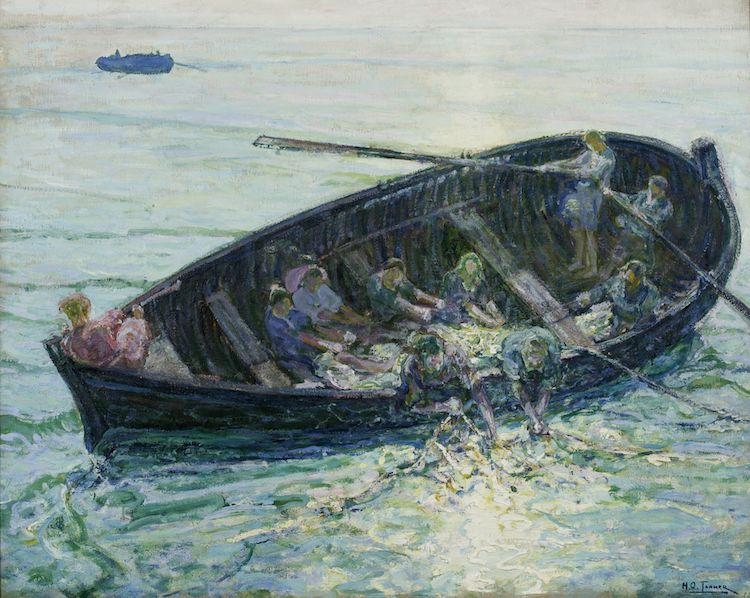 Legacy as a 19th-Century Black Artist

Henry Ossawa Tanner broke many barriers during his lifetime, becoming the first African American artist to attain international renown and fame. This achievement was astounding, especially in the racial landscape of the 19th century, when it was difficult for a Black person to become an artist at all. He was an inspiration to many other young Black artists and leaders as well, such as William Edouard Scott and Booker T. Washington—who visited him in Paris.

In his later years, Tanner received several honors that served to further distinguish him as an artist. In 1923, he was given France’s highest honor and made a chevalier of the Legion of Honor for his achievements. A few years later, in 1927, he became the first African American to be granted full membership as an academician of the National Academy of Design. 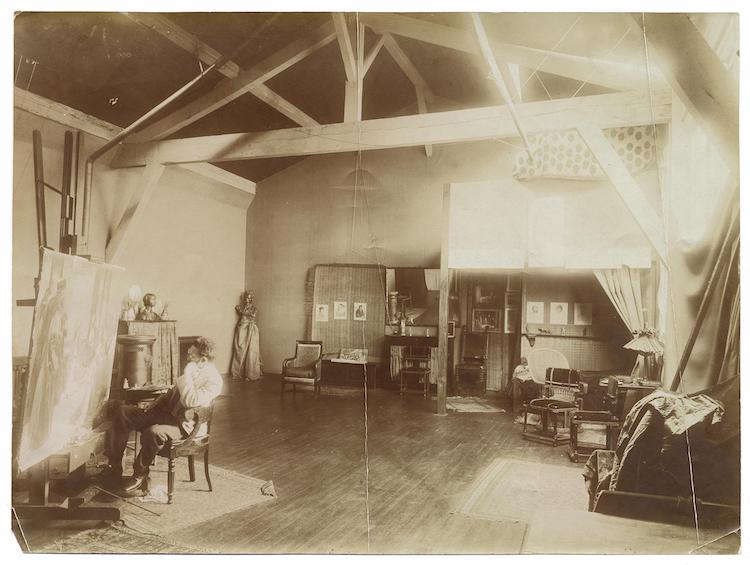 Tanner died in 1937 at his home in Paris. But even after his death, the artist continued to surmount obstacles and undermine the social implications attributed to his race. He became the first Black artist to receive a major solo exhibition in the U.S. when several of his paintings were displayed by the Smithsonian Institute in 1969. One of his works now sits in the White House Permanent Collection—the first painting by a Black artist to ever be purchased for it.

As the son of a mother who was born a slave, Tanner’s ultimate success is incredibly remarkable. His life is both an inspiration to those who would rise above the difficult circumstances of their birth and a reflection of the stories of countless Black men and women—who, though they may not have risen to such great heights, nonetheless, overcame countless obstacles in their lifetime.