Homeless Not Hopeless – Above 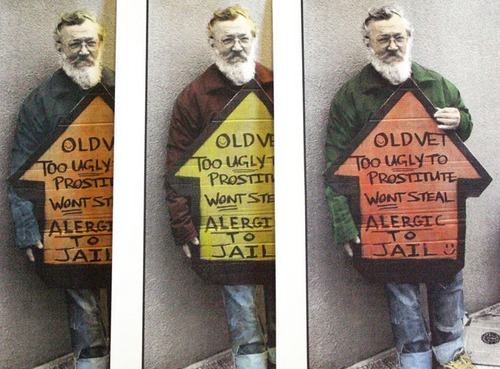 Street artist Above has been working hard on his Homeless Not Hopeless project to raise awareness of homeless people in his new hometown Portland in Oregon. Oregon is one of the states with the highest proportion of homeless in the United States and is amongst the states with the highest unemployment rate as well. Instead of ignoring these people, like a lot of people do, Above actually gives them their dignity back by listening directly to homeless people and giving them a voice. “After five weeks of riding my bike around Portland interviewing the homeless, I'm finally finished with this passionate NON-PROFIT project I have been working on to support and bring awareness to the homeless crisis here in Portland, and in general. I recently made a screen printed edition of 100 prints that are priced to sell to get more people involved and support this benevolent fundraiser. My goal is to raise $5,000 to donate before the end of the year to the TRANSITION PROJECTS homeless shelter here in Portland, Oregon. To make a donation and purchase the print, click here.