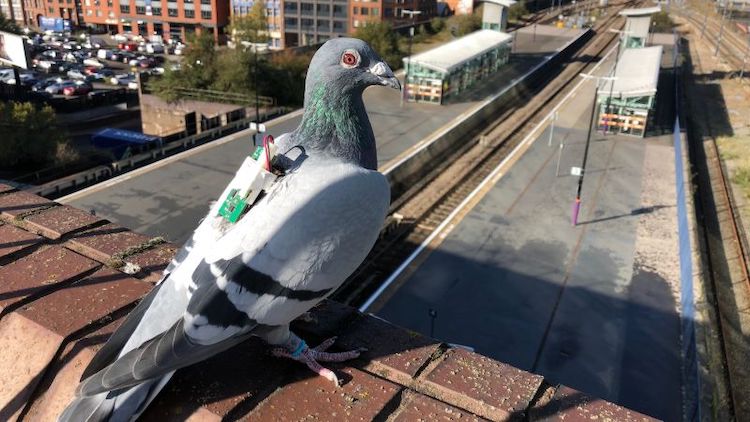 No matter how much technology develops, sometimes there's no better solution to a problem than using what nature has already created. A group of researchers at the University of Birmingham in the UK are adhering to that principle by using pigeons to help them collect climate data. Each pigeon in the project is fitted with a small backpack with a sensor that gathers critical information as they fly around the city.

The birds allow scientists to learn more about urban microclimates, which can change block by block. Rick Thomas, the research fellow who leads the study, points out several good reasons to use birds rather than something like drone technology. For one, drones are not allowed to fly freely in any area, particularly after the trouble a drone caused at Gatwick airport in December. Secondly, different technology would not be as cost effective as what's possible with the pigeons.

By harnessing the birds' liberty of flight, the team is easily able to gather information like humidity, temperature, air pressure, ambient light information, and GPS data. So where do the pigeons come from? The group works with local volunteers who raise homing pigeons. Known for their abilities to return to their nest, homing pigeons have been used as far back as Ghengis Khan to carry messages across long distances. Though the art isn't practiced as frequently as it used to be, the volunteers the scientists work with have agreed to allow their pigeons to be fitted with these special backpacks. 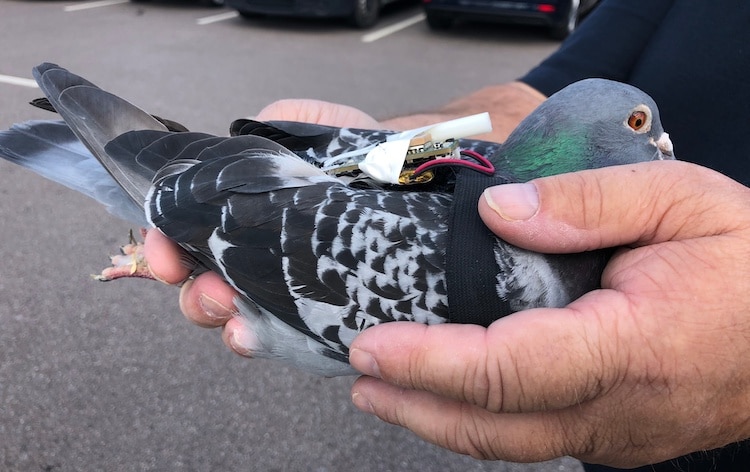 Using homing pigeons means that the researchers are sure to get their instruments back and can download the information before sending the birds on their way to collect more data. The design of the backpack conceived to keep the safety and comfort of the birds in mind. Each weighs less than 3 percent of the pigeon's body weight, which is the standard for bird tracking devices. Thomas's wife sewed each backpack, going through several versions until they found the perfect fit.

“If [the pigeon owners] are not happy with any aspect of putting the sensors on their back, then they don’t have to fly their birds,” Thomas says. “The welfare of the birds is utterly paramount.”

Thus far, the group's band of pigeons have logged over 620 miles with their backpacks over the course of 41 flights. The hopes are that the climate data can be used by scientists to help them predict how pollution travels around the city. Expansion to other cities would be the next step, though this would require further funding and finding a community of pigeon keepers to volunteer their birds. At just $250 per sensor package, the technology is quite cost effective compared to other methods. The larger hurdle is finding trained homing pigeons.

In the meantime, Thomas is continuing to hone the sensors to get the calibrations perfect. He's also hoping to make improvements that will make the sensor self-sustaining, which would open up a wider range of possibilities, including placing them on wild birds. 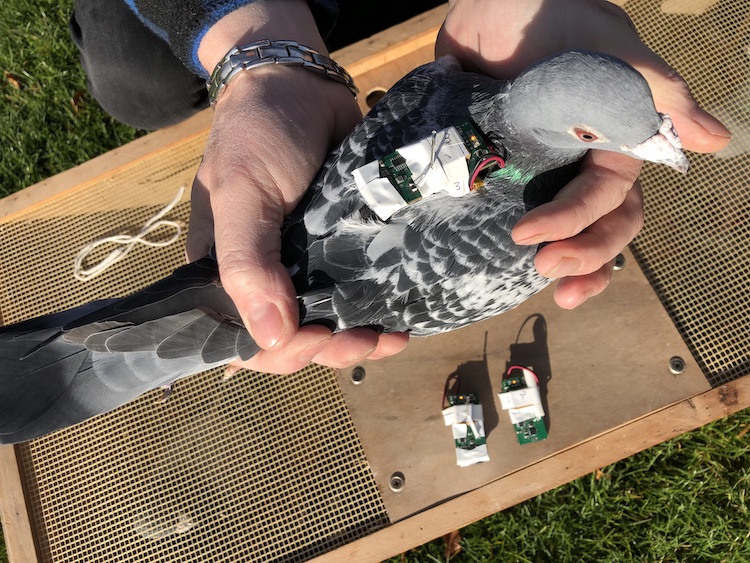 All images via Rick Taylor.