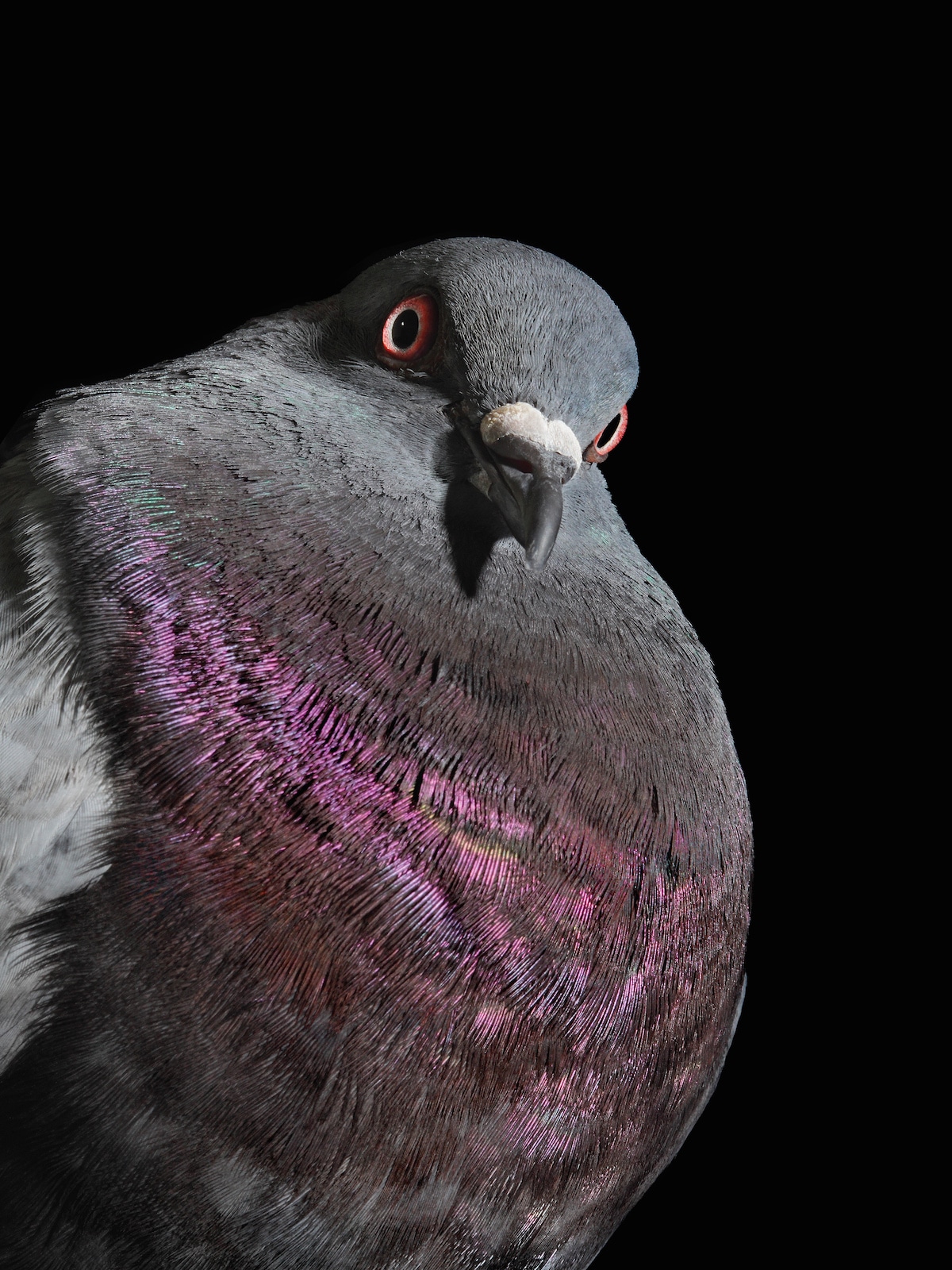 DR. BROWN
“Rescued by a veterinarian, our magnificent cover boy is a pigeon with true attitude. Shown here flexing his wings and massive chest muscles, in an interpretive homage to a Kabuki dancer.”
This post may contain affiliate links. If you make a purchase, My Modern Met may earn an affiliate commission. Please read our disclosure for more info.

Published by powerHouse Books, the series seeks to change the public perception of the humble pigeon—a bird that’s often unkindly nicknamed “stool pigeon” or dismissed as a “rat with wings.” It raises the question, “What did pigeons ever do to deserve such disrespect?” The publishers proudly announce, “With this book, the beautiful, savvy, graceful, kind pigeon will be invisible no more.” And just like a fashion magazine, Garn too has his star “cover boy”—a purple-breasted bird named Dr. Brown, who is shown “flexing his wings and massive chest muscles, in an interpretive homage to a Kabuki dancer.”

Many of the photographer’s feathery friends were rescued from New York streets, including a saddle pigeon named Marilyn who was found limping with string wrapped around her feet. She’s photographed flaunting her perfectly symmetrical wings, which fold together into a heart-shape. The series also features portraits of newborn pigeons exploring the world for the first time, including one image of a 10-day-old “curious and confident” pigeon taking his very firsts steps.

You can now buy The New York Pigeon: Behind the Feathers photography book on Amazon and browse more of Garn’s images on his website. 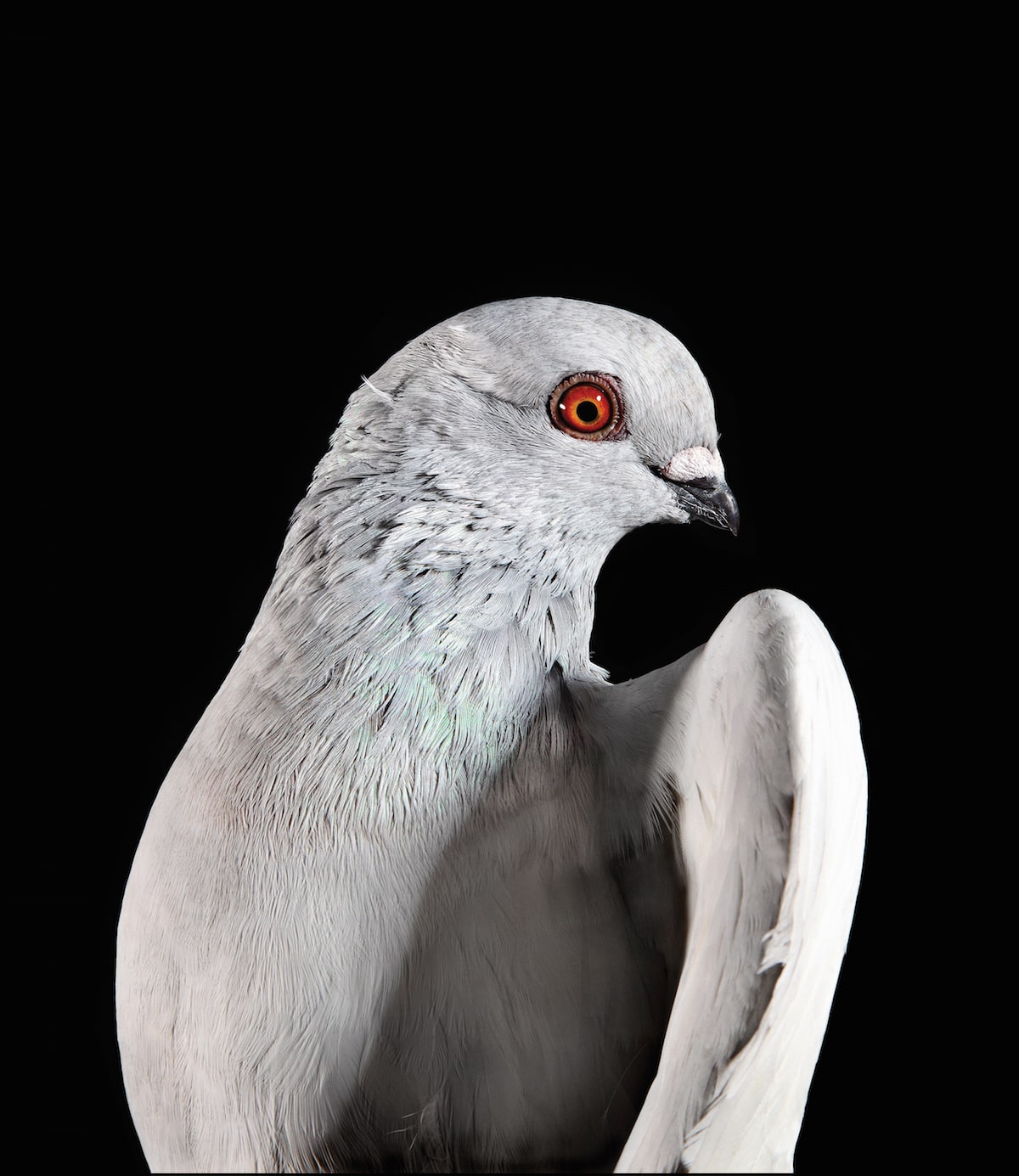 APOLLO
“One of the first patients of the WBF, he now lives happily in the front window of the WBF headquarters on Columbus Avenue, where his elegant beauty enchants passersby.” 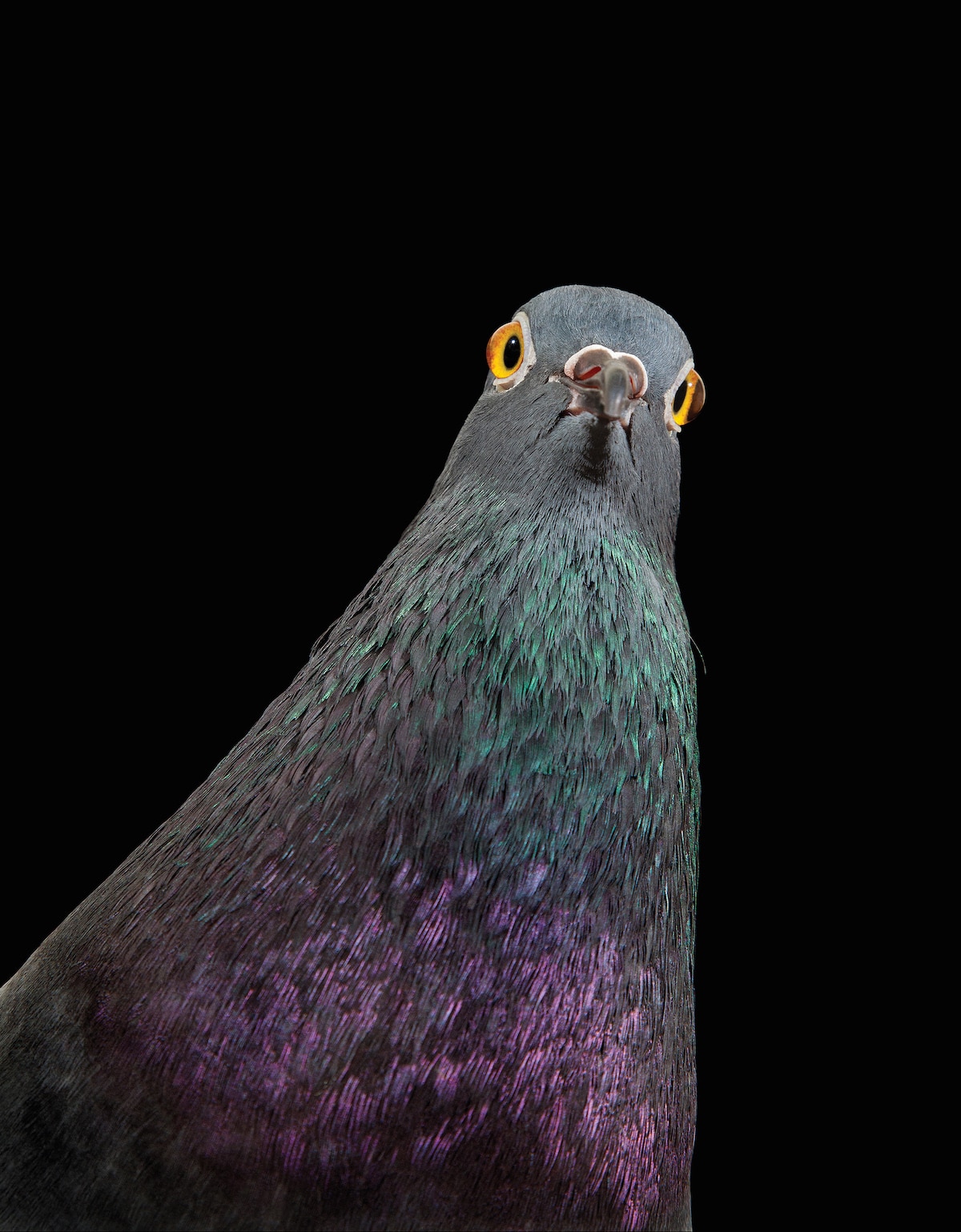 FIDO
“Found as a starving squeaker under the elevated train on Roosevelt Avenue in Queens, Fido was brought to the Wild Bird Fund, and immediately bonded with the people there. He so enjoyed the company of humans that he became imprinted and no longer a candidate to be released into the wild. Fortunately, his winning personality and googly eyes landed him a fine home with Eugene and Koari, where he now lives happily with a large family of pigeons.”

The pretty pigeon photos have recently been compiled into a photo book—titled The New York Pigeon: Behind the Feathers—that reveals their “personalities, expressiveness, glorious feather iridescence, and deeply hued eyes.” 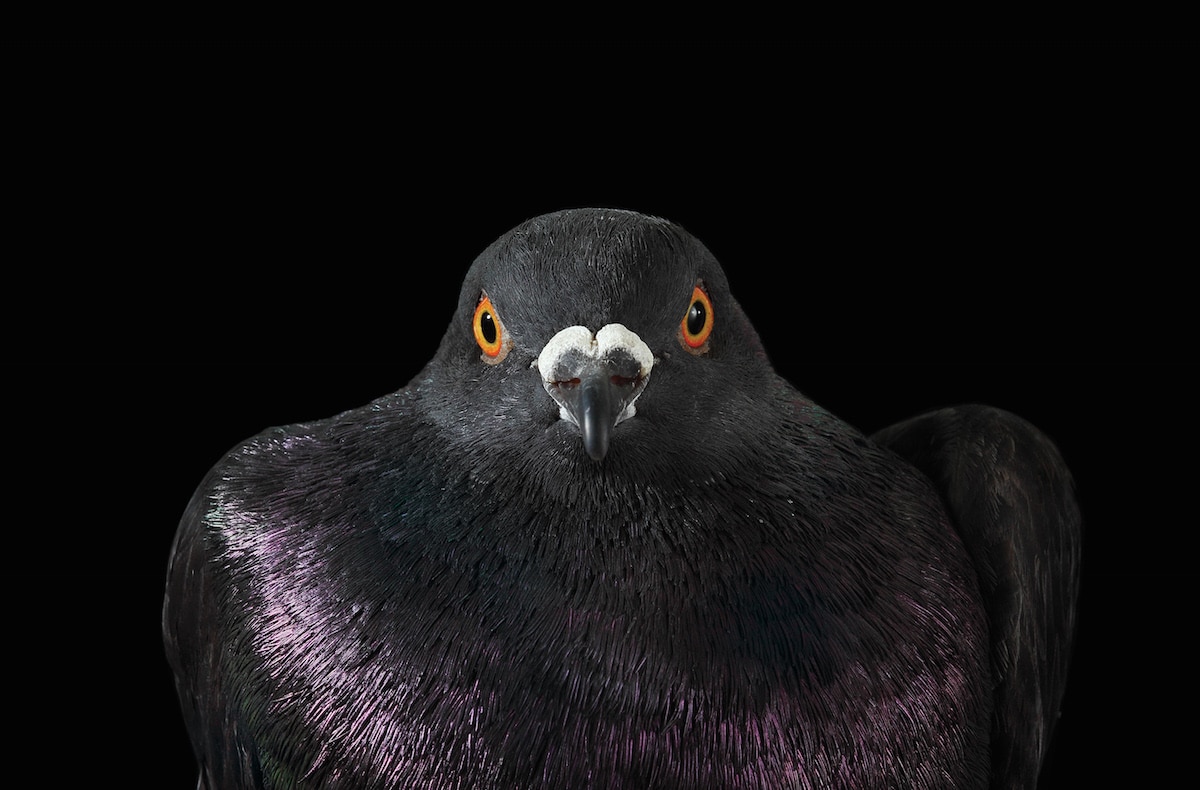 NIC
“A probable racing or homing pigeon, Nic was found standing on a street corner, lost and disoriented. He was brought to the Wild Bird Fund in a closed box, and given a check up and a clean bill of health. He was soon adopted by a Brooklyn coop owner. The next morning, he was found standing on the sidewalk in front of the Wild Bird Fund, somehow knowing how to return, even though he never saw the exterior. Apparently this was his recognition of the fine, spa-like treatment he had received.” 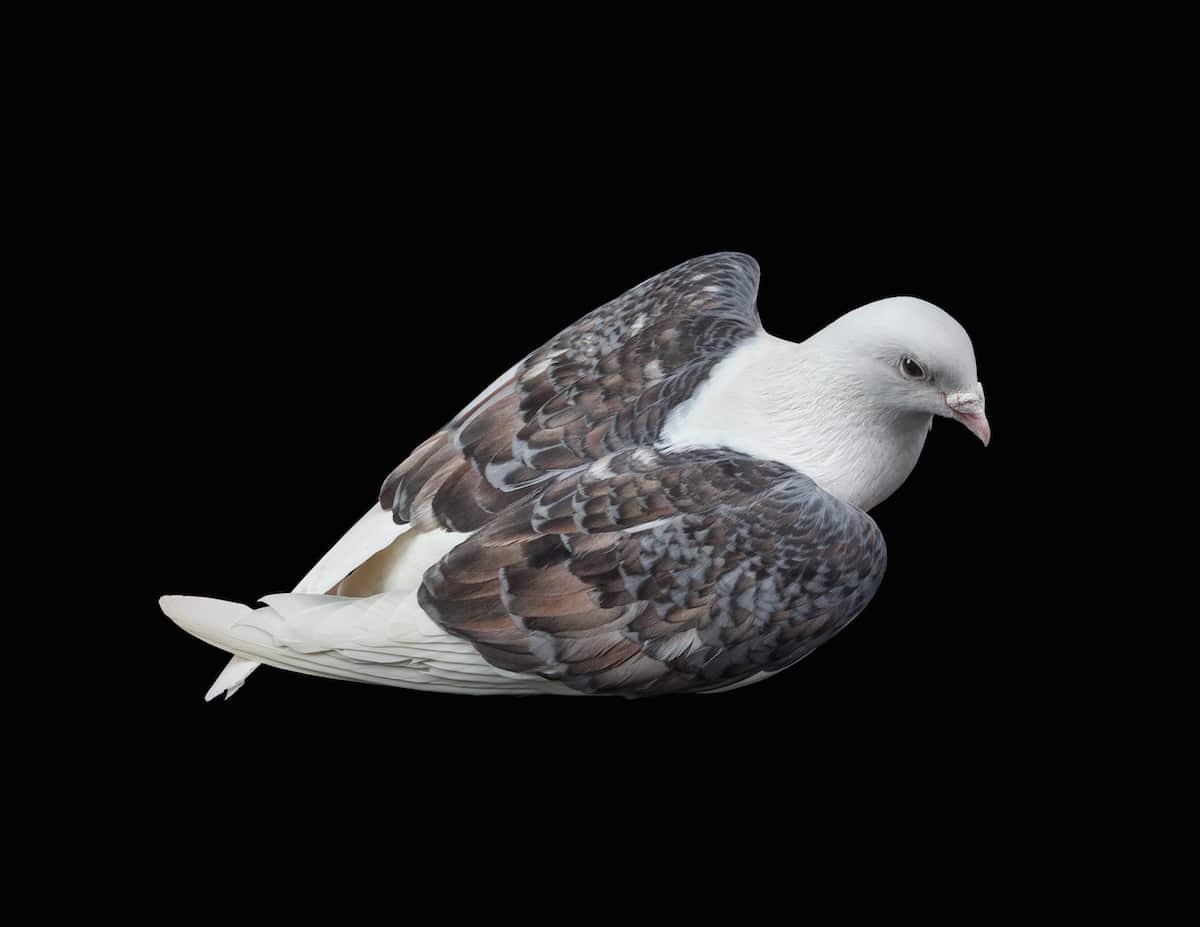 MARILYN
“A Saddle pigeon with perfect symmetrical wings, which form a heart shape when closed, she was found limping with string wrapped around her toes.” 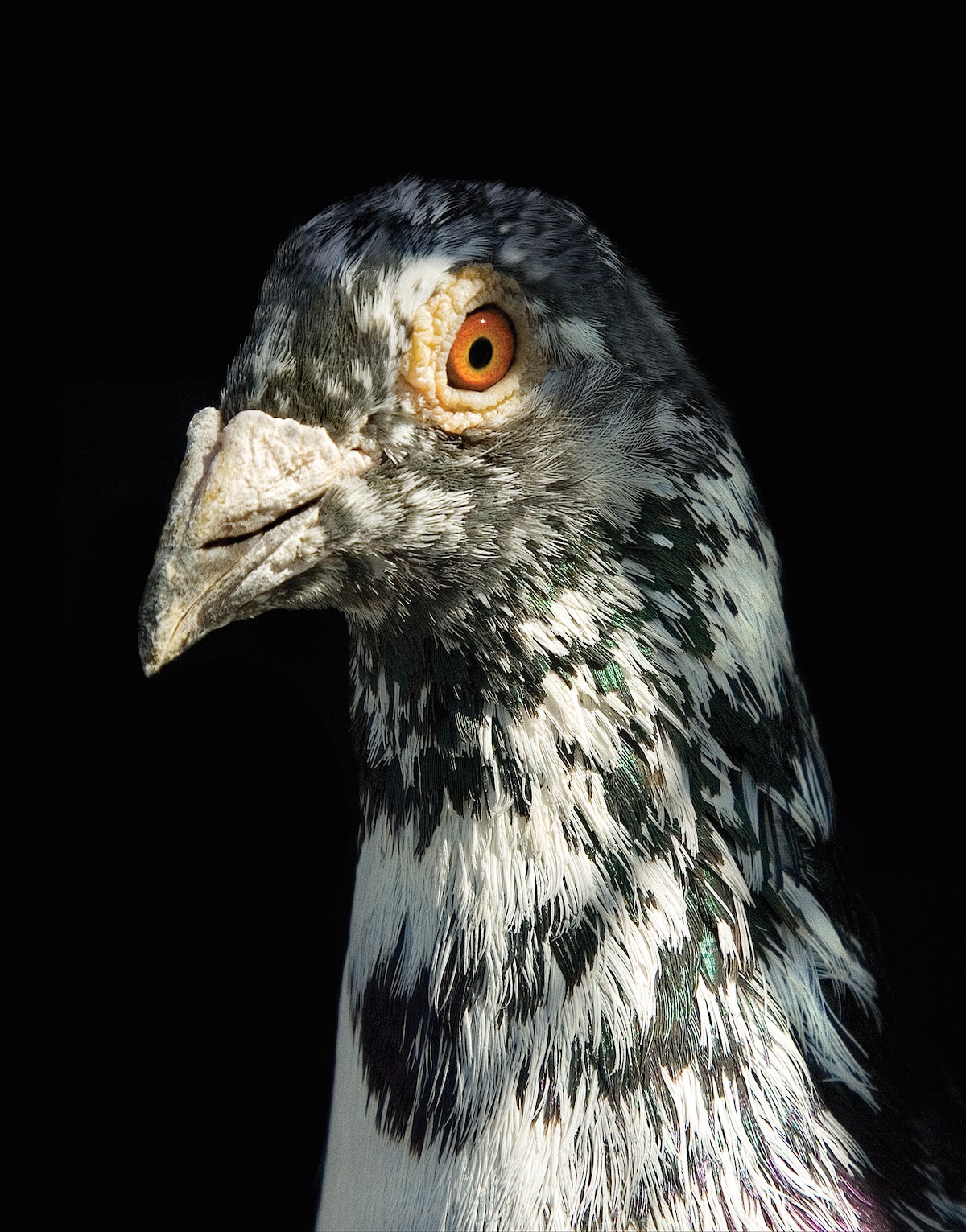 SPECKLES
“Perfect flecking and a double ring of eye ceres distinguish this bird from Howard’s flock in Bushwick.” 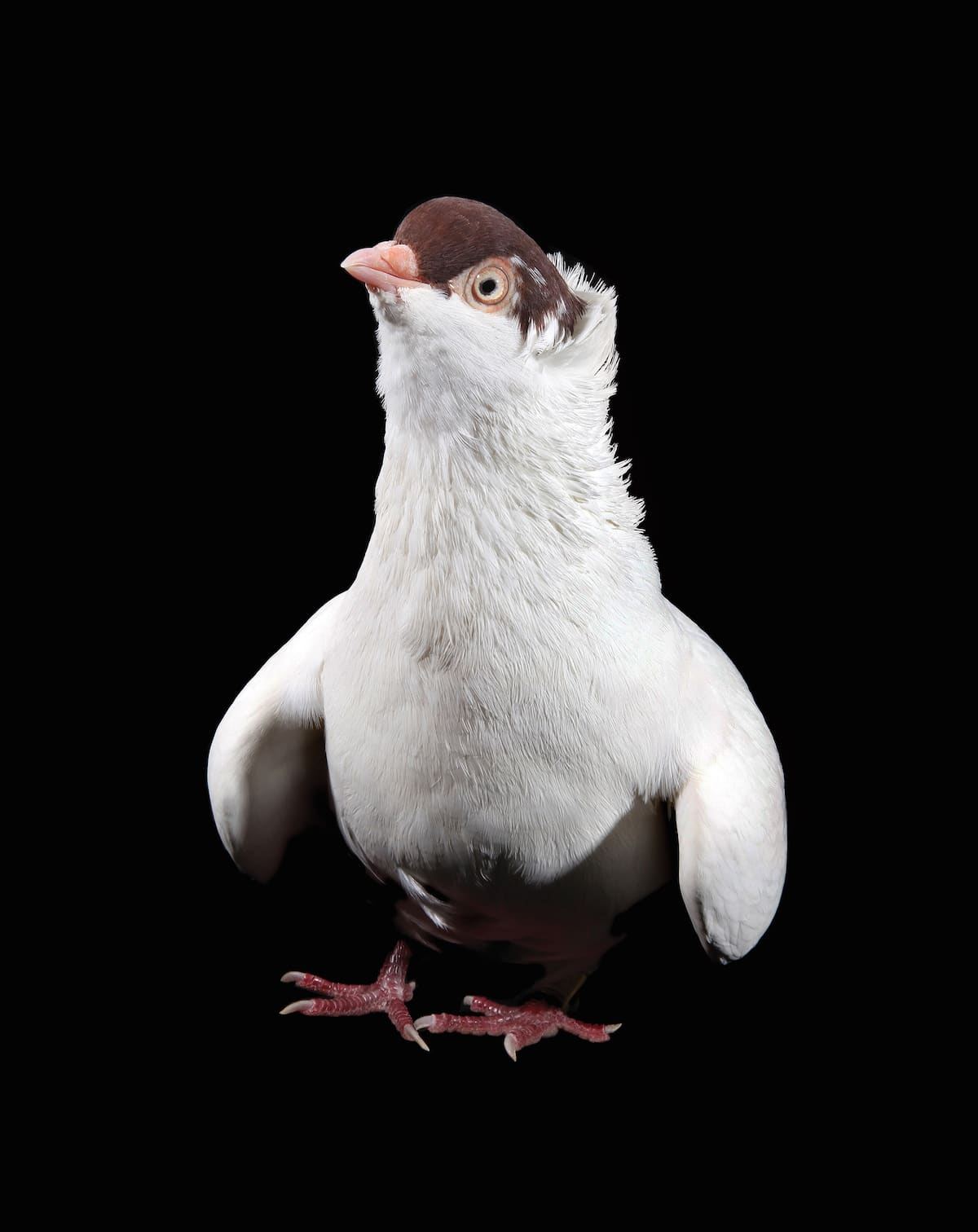 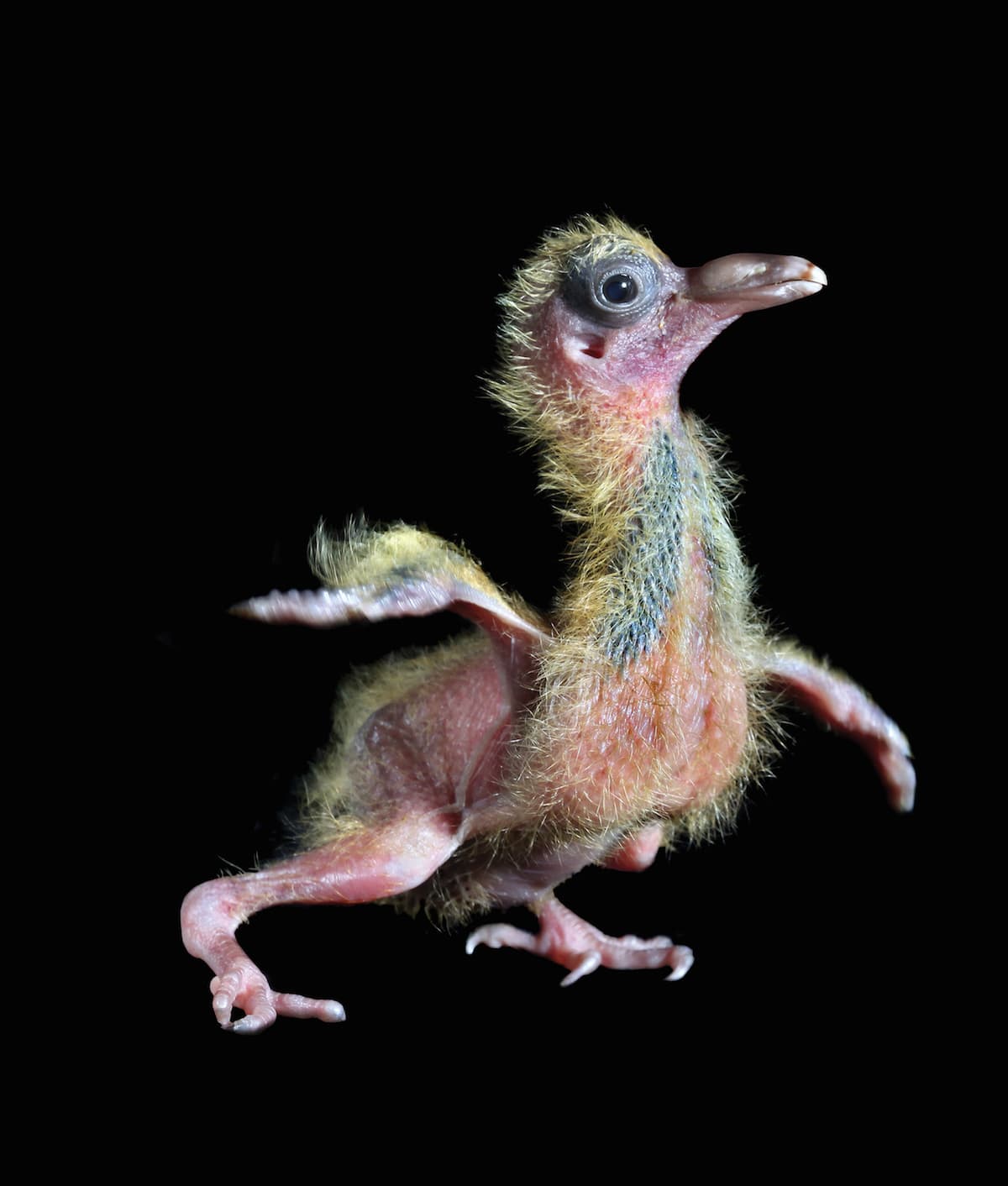 “Baby’s first mambo steps: orphaned at two days old, this fellow was hand-fed by a concerned rehabber. Now at ten days, he is curious and confident.” 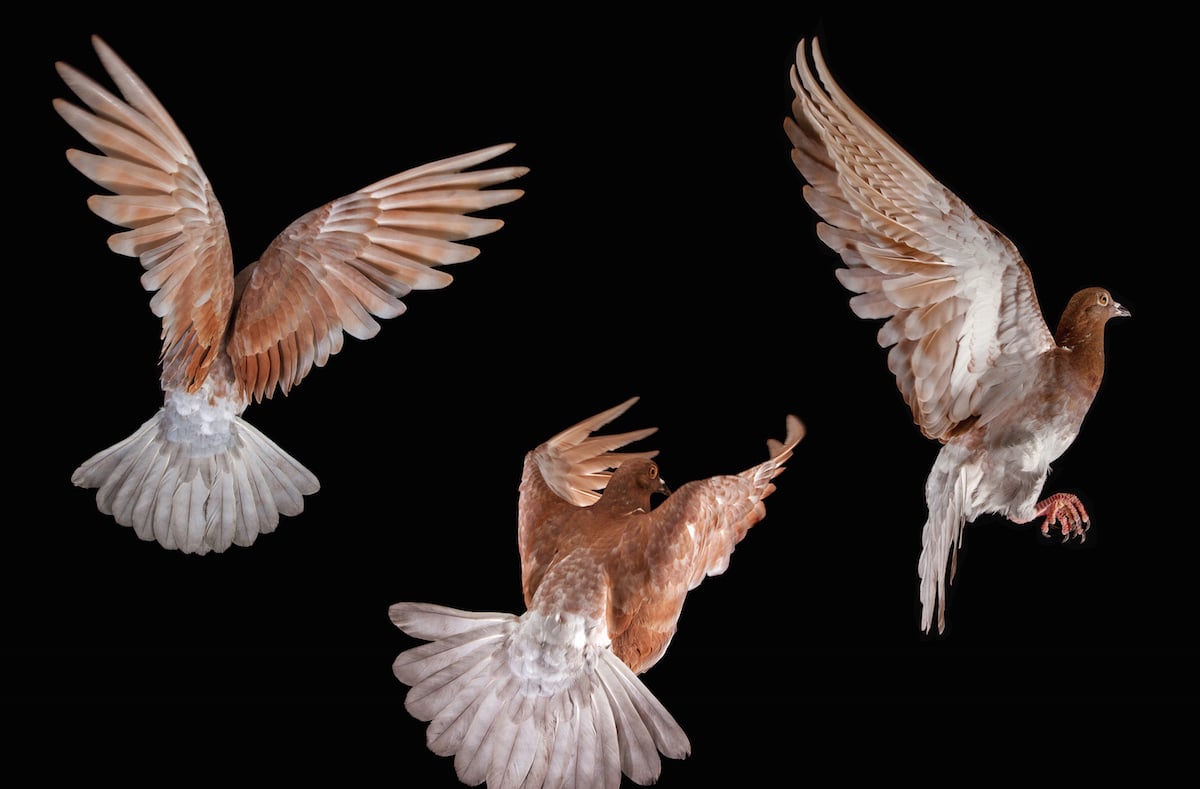 JANA
“Jana was rescued in Riverside Park, after exhibiting signs of Torticollis (twisting of the neck) most likely caused by lead poisoning. Once treated, she recovered, and is shown here exercising her finely-hued brown and gray wings.” 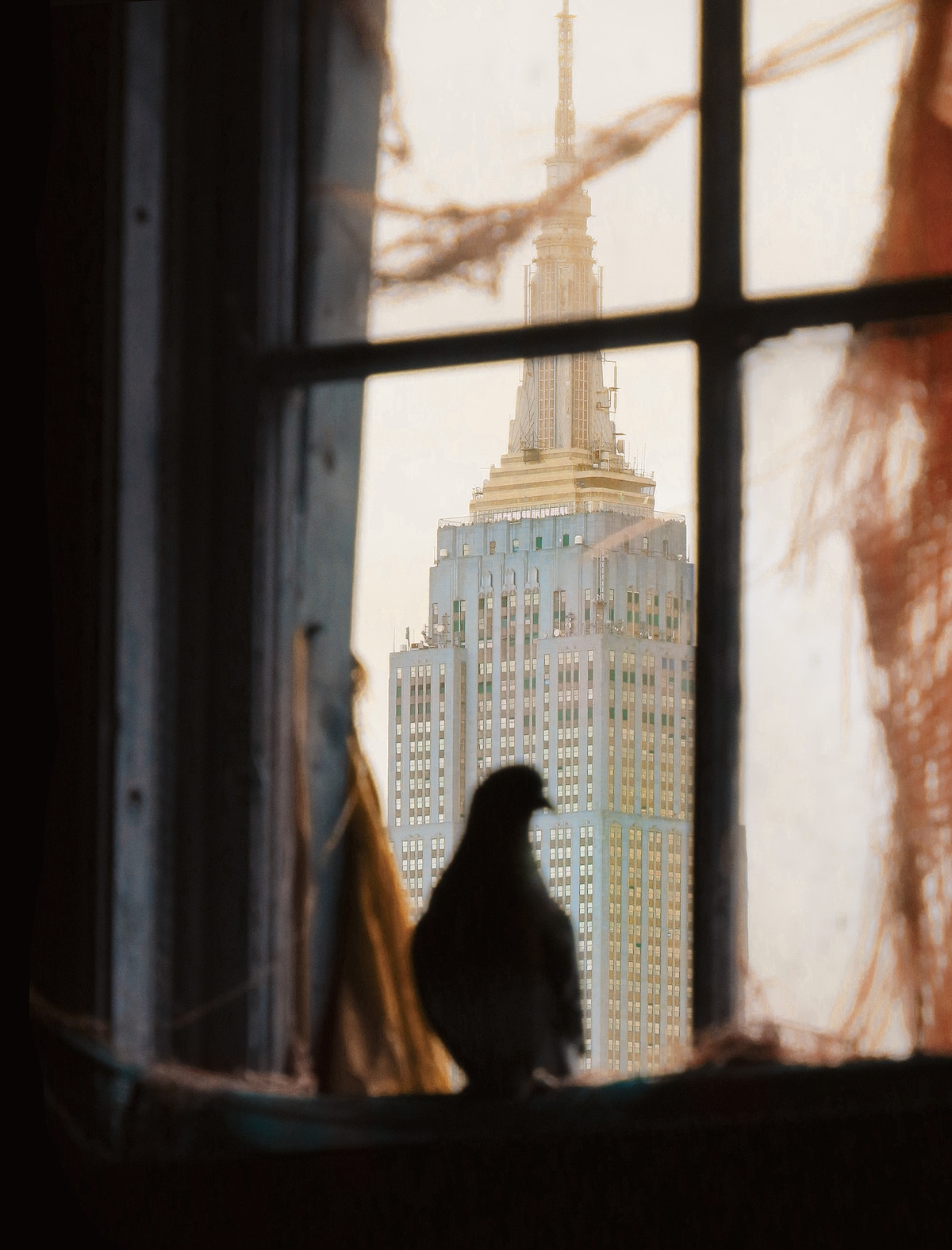 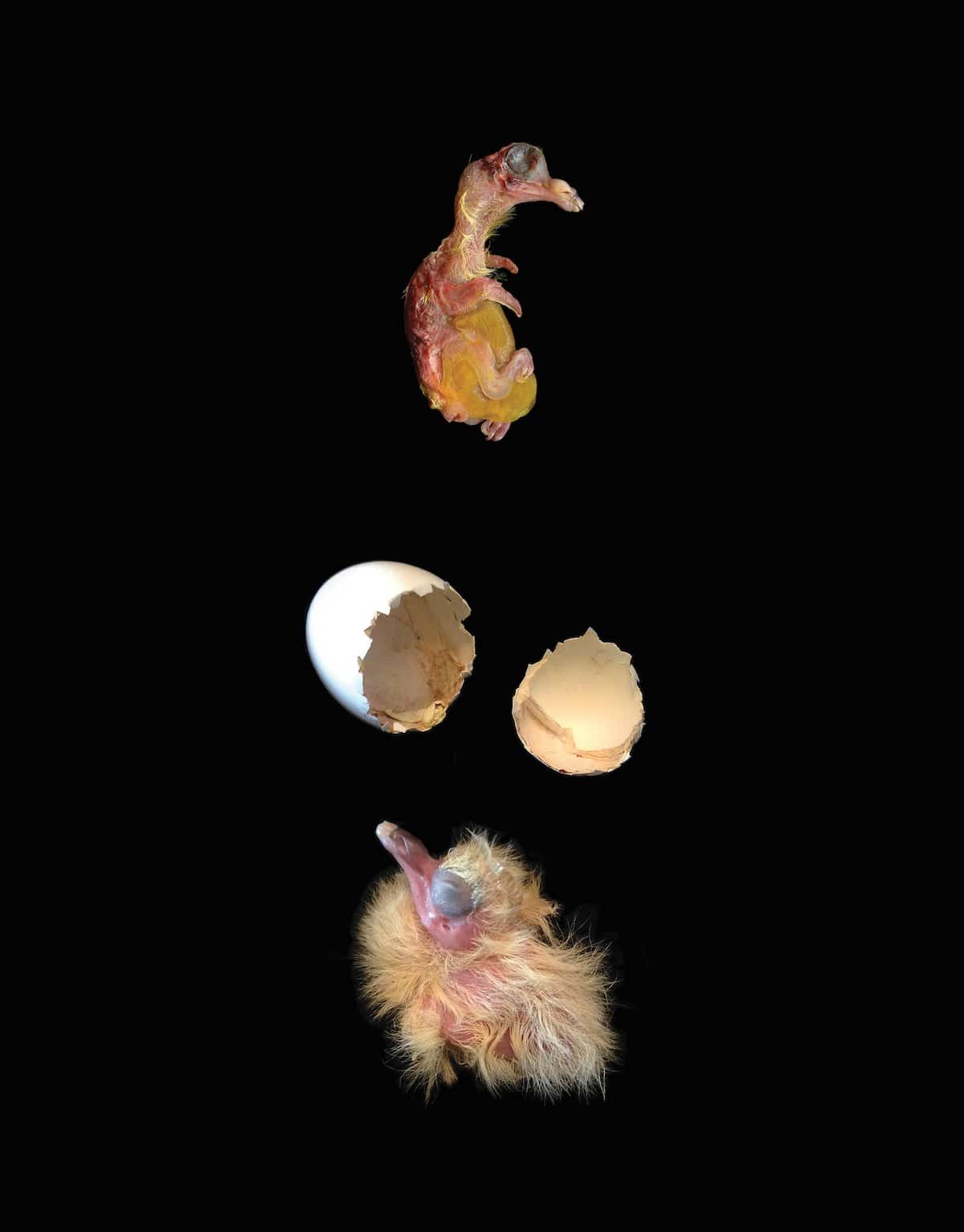 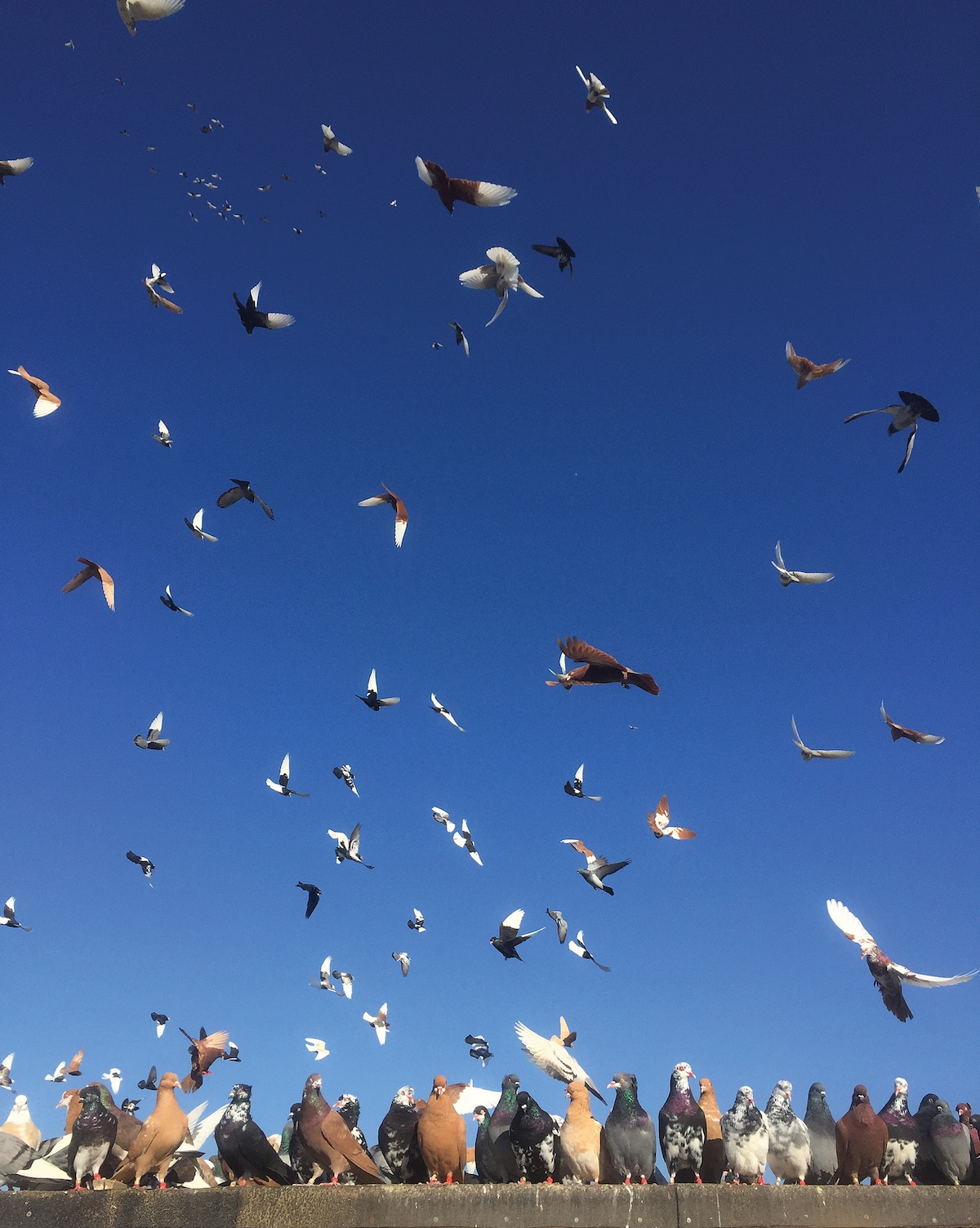 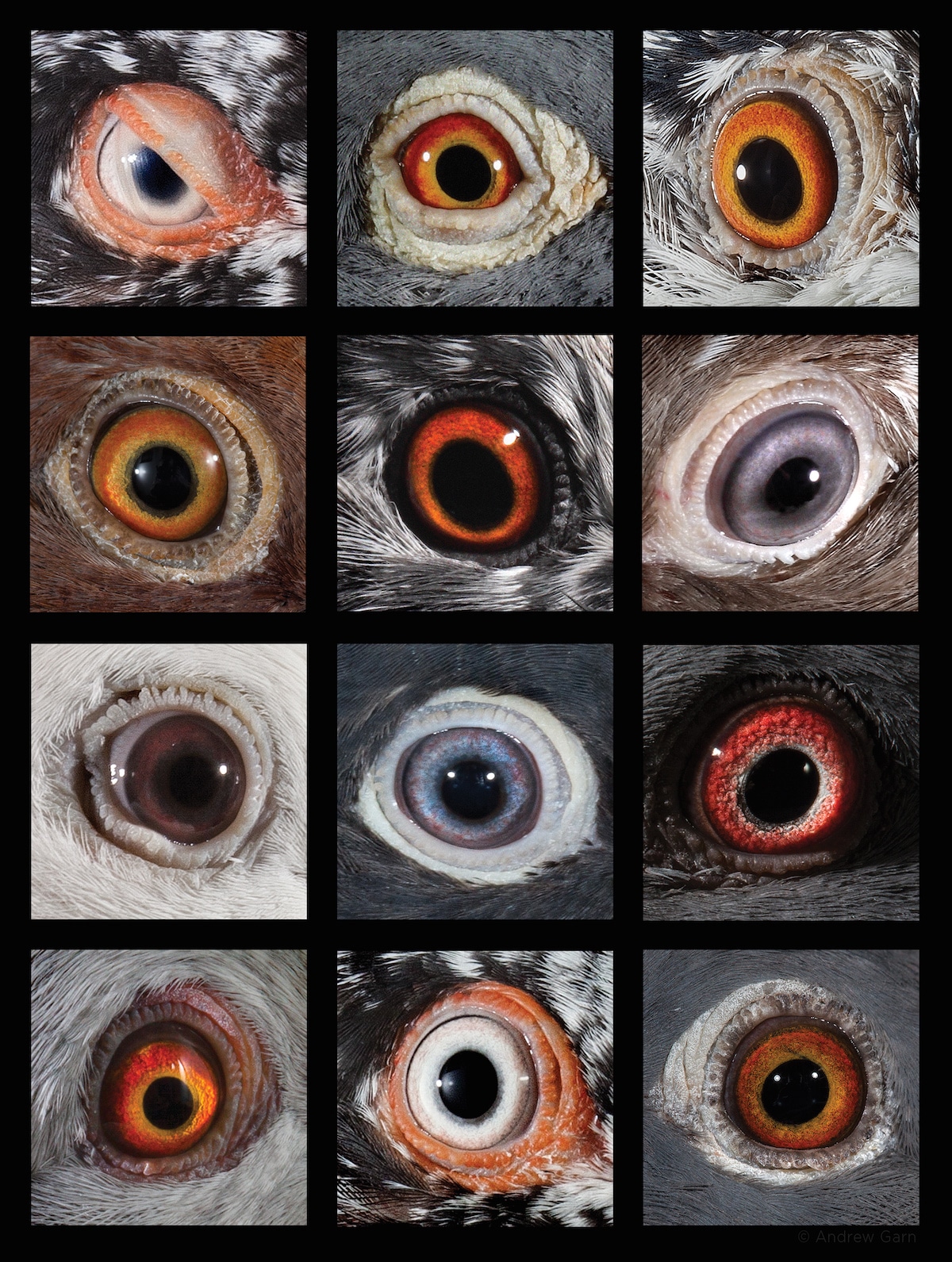 “The broad range of eye coloration.” 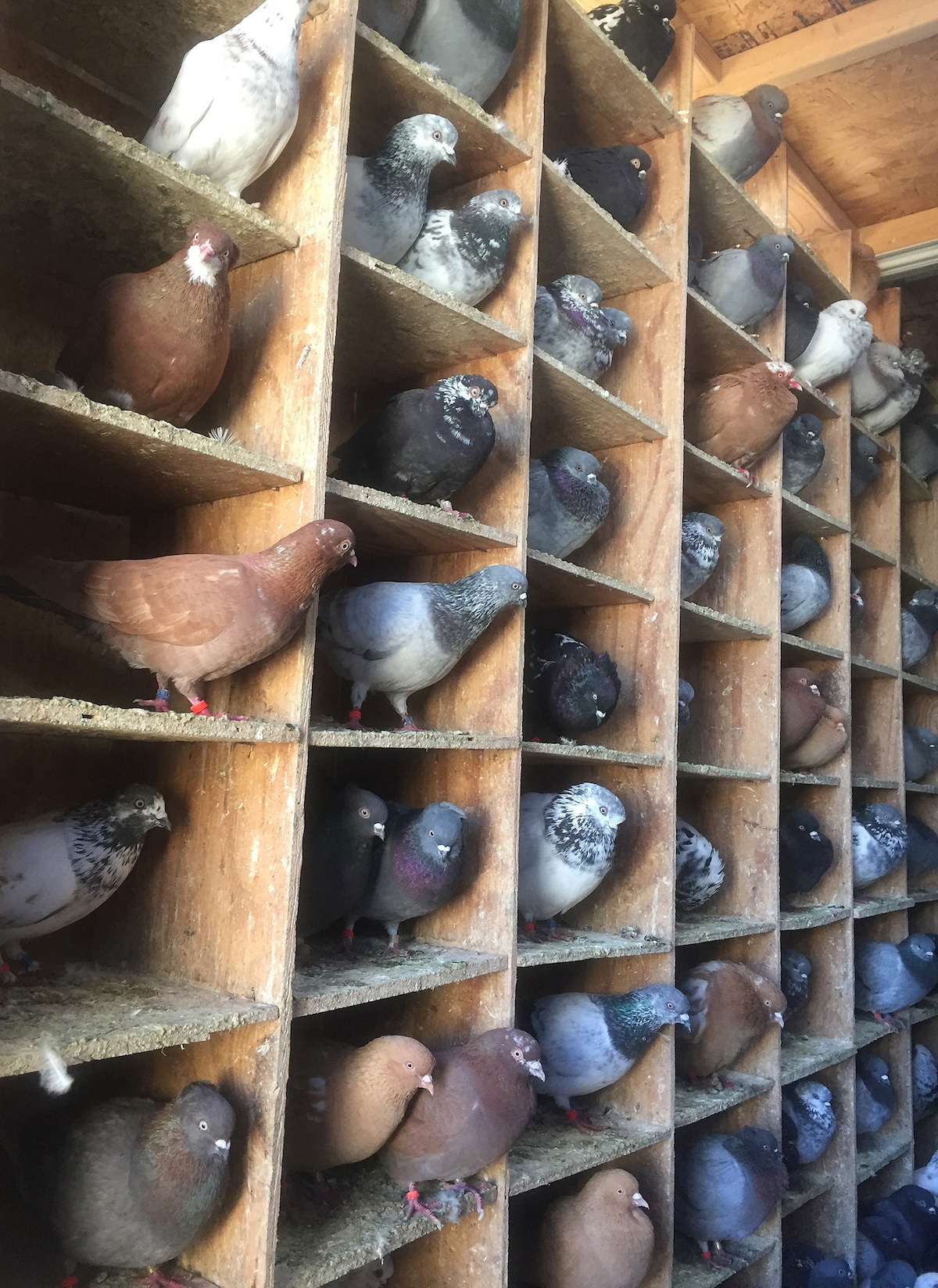 All photos From “The New York Pigeon” by Andrew Garn, published by powerHouse Books. My Modern Met granted permission to use photos by Andrew Garn.

Magnificent Photos of Pigeons in Flight by David Stephenson

Can you see the beauty in these pigeons? Share
Like My Modern Met on Facebook
Get Our Weekly Newsletter
Become a
My Modern Met Member
As a member, you'll join us in our effort to support the arts.
Become a Member
Explore member benefits