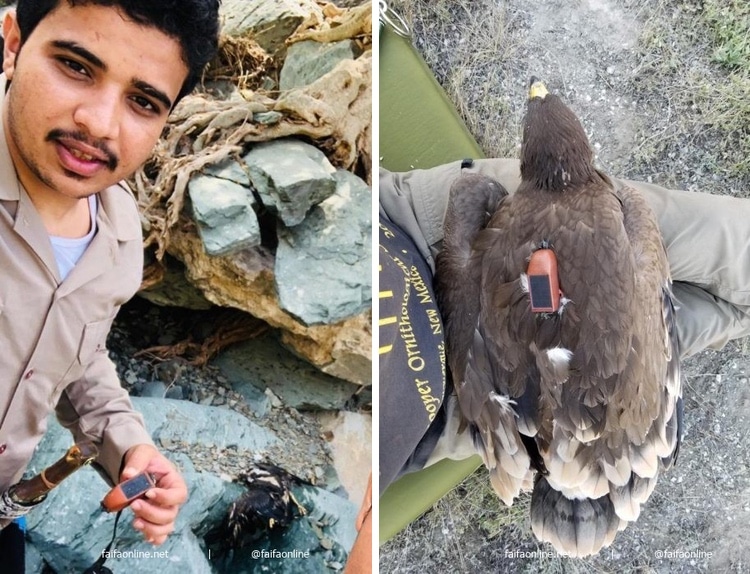 A young man named Fahd Qash from Saudi Arabia stumbled upon something unusual while out on a walk. Strolling near a swamp, he spotted a dead eagle with a tracking device strapped to it. Curious, Qash noticed that the GPS tracker had an email address printed on it. It turns out that the device was fitted to the eagle in Kazakstan as part of a study of the flight paths of Steppe eagles.

This particular eagle was one of 20 that had been tracked since 2018 and the resulting map of their travels is astonishing. Interestingly, they all appear to conspicuously avoid flying over water, as the Caspian Sea, Red Sea, and the Persian Gulf are all free from their trails. Earlier mistranslations of the news caused some outlets to report that the flight path was for one eagle over the course of 20 years, but experts have pointed out that this would be nearly impossible. For one, the OrniTrack device the eagle is wearing was not available 20 years ago—not to mention the lifespan of the batteries being too short.

Despite this initial misinterpretation of the study, there's still plenty of interesting information on the map. For one, it seems to indicate that there's a clear aerial highway that the eagles follow during their winter migration. As one commenter pointed out, there would be plenty of drinking water available on the steppes, hence there not being a need to fly over the sea in order to hydrate.

Some trails seem to fall off abruptly, which indicates that some of the eagles—like the one that was found—died and stopped moving. To get a sense of how much ground an eagle can cover in one day, a 2012 study by the group British Birds indicates that they can fly up to 220 miles (355 km) in one day and are constantly on the move between migration, breeding, and wintering.

A deceased eagle with a GPS tracker was found in Saudi Arabia, and when the owner was contacted, the results were quite interesting. 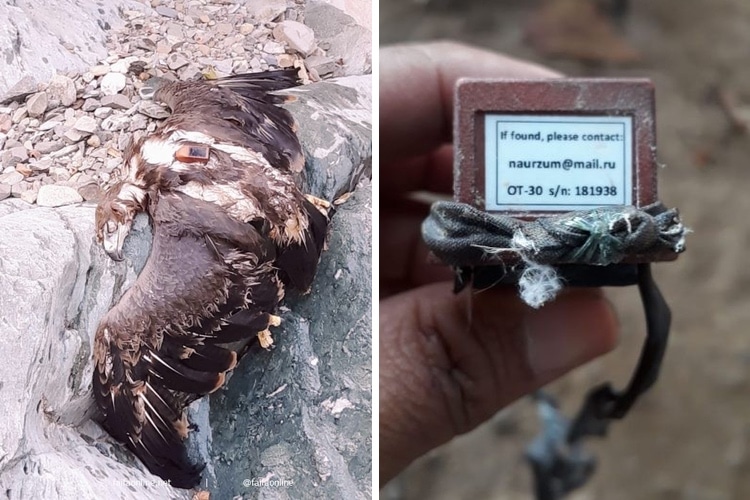 This map shows the migration routes of 20 eagles that were tracked over the course of one year. 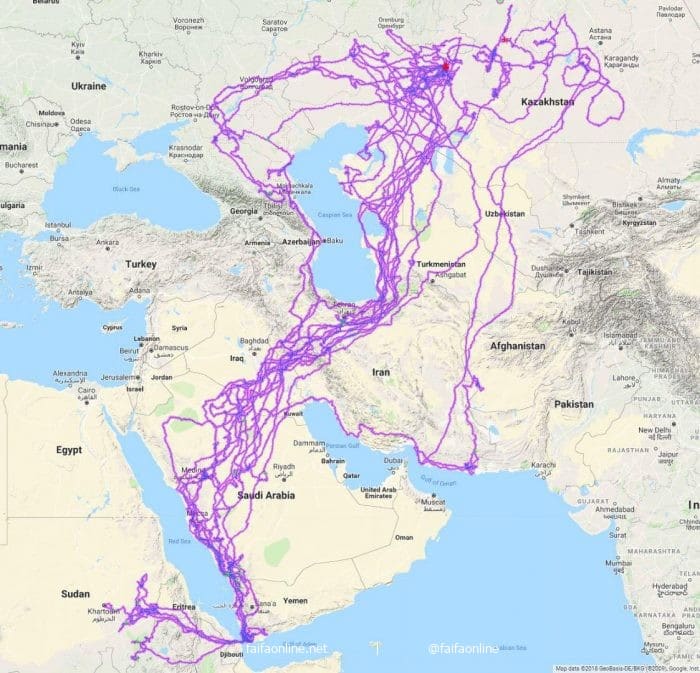 Interview: Capturing the Beautiful Bond Between Mongolian Eagle Keepers and Their Birds