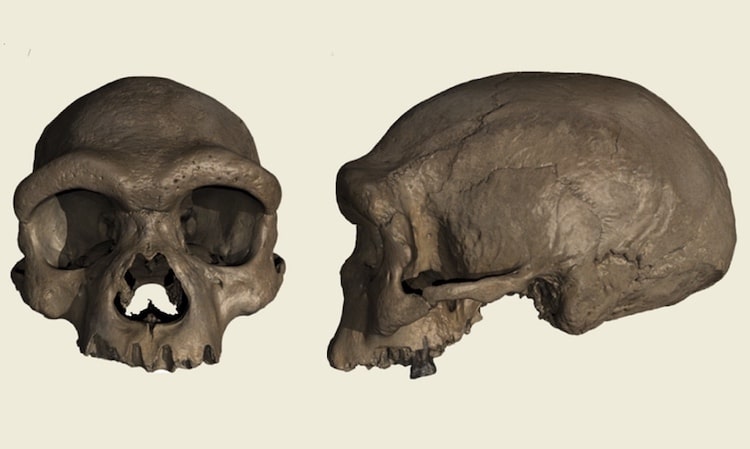 An ancient skull, hidden by a family for nearly 90 years, could be the key to helping researchers identify a new human species. The skull was donated to a university museum just three years ago and the results of careful analysis have just been revealed. This incredible fossil is actually part of a new human group known as Homo longi or “Dragon Man” and, researchers claim, is our closest known relative.

That's right, the Dragon Man is an even closer relative than Neanderthals or Homo erectus, according to a study published in The Innovation. This is massive news that will change what we know about human evolution. “In terms of fossils in the last million years, this is one of the most important yet discovered,” says Professor Chris Stringer of London's Natural History Museum, who was part of the research team. “What you have here is a separate branch of humanity that is not on its way to becoming Homo sapiens, but represents a long-separate lineage which evolved in the region for several hundred thousand years and eventually went extinct.”

One of the most complete early human skull fossils ever found, researchers in China were thrilled with the amount of detail they could see. The skull tells us that the Dragon Man had a thick brow ridge, square eye sockets, a wide mouth, and oversized teeth. The skull itself is also quite large compared to other human species, though the brain is about the size of ours. Professor Qiang Ji of Hebei Geo University calls it “a mosaic combination of primitive and more modern features, setting itself apart from all the other species of human.”

And what's as remarkable as this news is how exactly the skull was discovered and what kept it hidden for so long. Construction workers found the skull in 1933 while working on the Songhua River in Harbin, Heilongjiang. Heilongjiang translates to Black Dragon River, hence the name Dragon Man. At the time, this part of China's northernmost province, Heilongjiang, was under Japanese occupation. To keep the skull out of the hands of the Japanese, one of the workers smuggled it home and hid it in a family well for over 80 years. It was only on his deathbed, in 2018, that he revealed the story to his grandson, who then brought the precious artifact to a museum.

While it may seem incredible that we're just discovering a fossil of this magnitude, excavations in China have not been as extensive as in other areas like Africa. This means that there are sure to be more hidden treasures just waiting to be discovered.

This article has been updated.