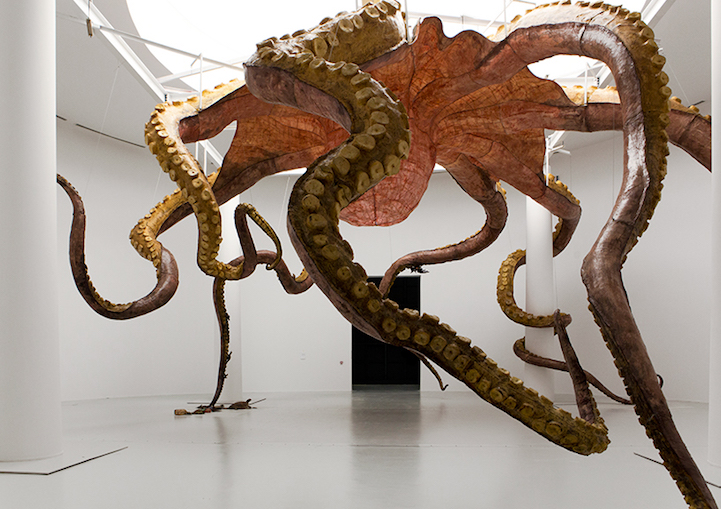 Suspended from a 22-meter-tall ceiling is Wu Zei, a massive sculpture by the artist Huang Yong Ping. It depicts a creature that's a cross between an octopus and a cuttlefish, who appears simultaneously menacing and sympathetic. The mutated being invades the space it inhabits, wrapping its giant tentacles around poles and beams. At the same time, it conveys a feeling of despair–with trash and small animals stuck to its limbs–as the artist reflects on the maritime catastrophes caused by man.

Impressive in size and scope, Wu Zei invites thoughtful contemplation. As visitors walk through the space, they see not-so-subtle consequences of human intervention in the sea and consider how this affects the world at large. Ping originally constructed this piece in 2010 for the Oceanographic Museum of Monaco. Now, it's been revived and placed in Qatar Museums for a show called What About the Art? Contemporary Art from China, curated by artist Cai Guo-Qiang.

Wu Zei is on display from now until the middle of July 2016. It is joined by 14 other contemporary Chinese creatives and collectives from around the country. 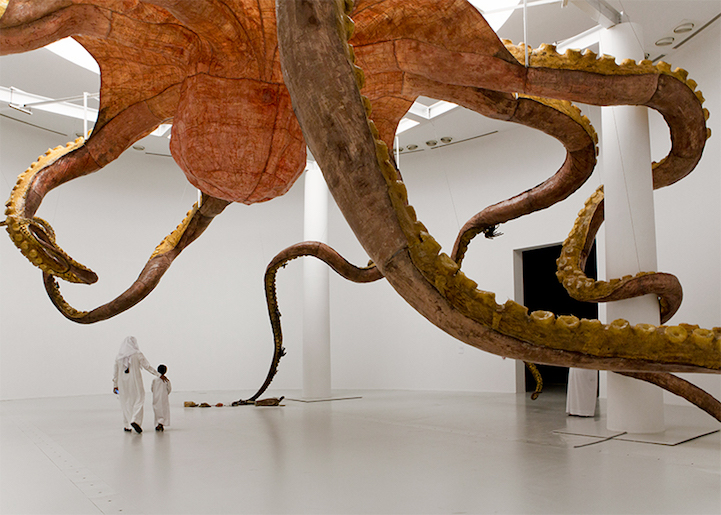 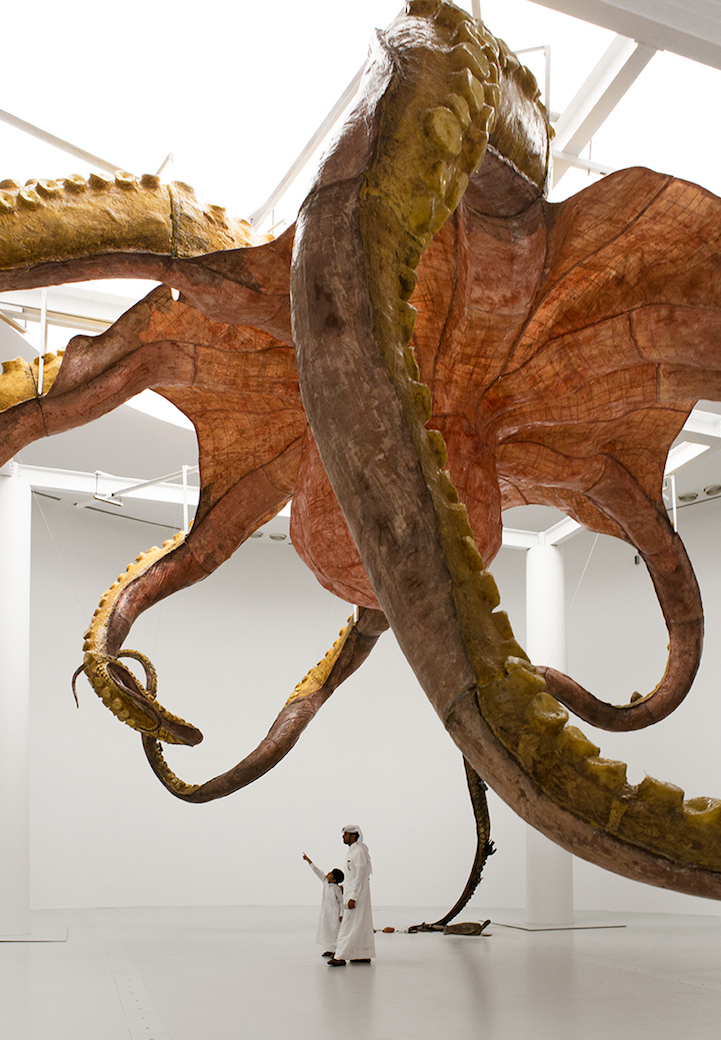 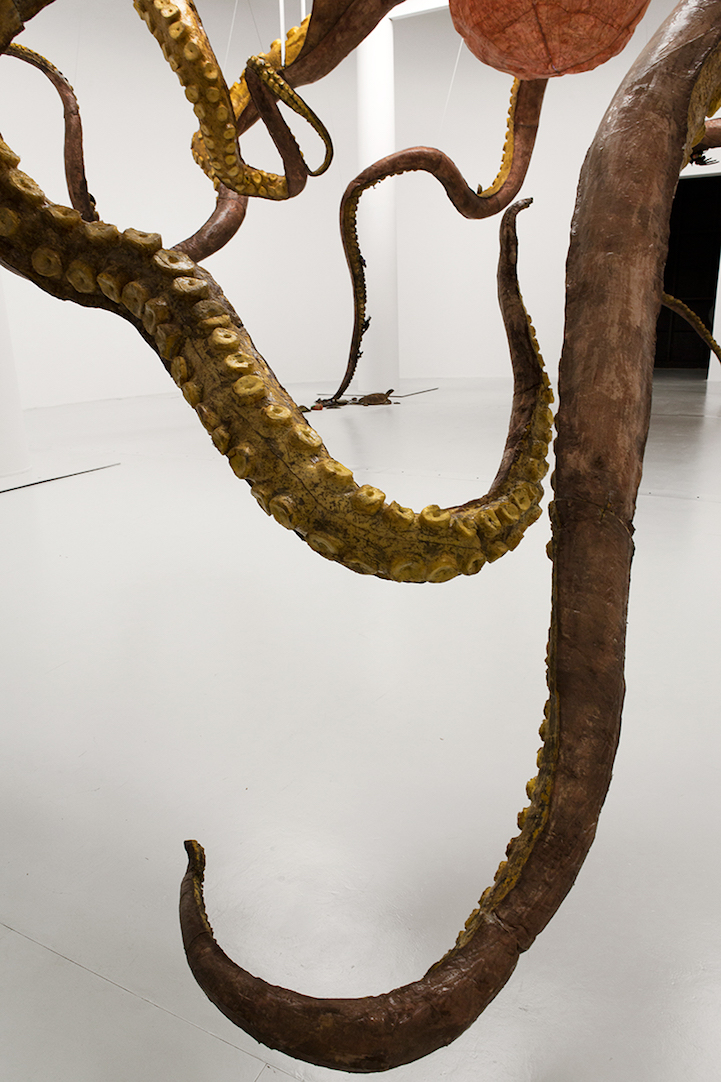 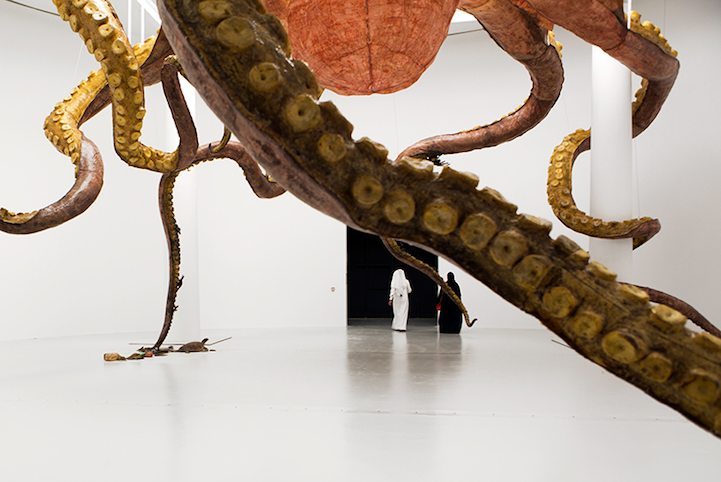 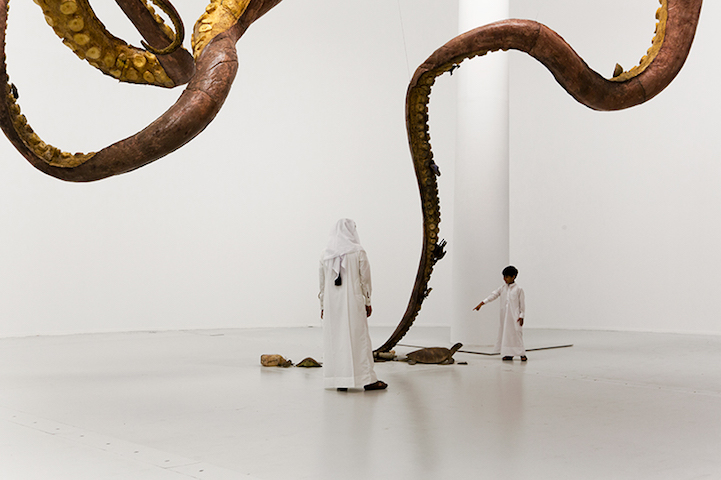 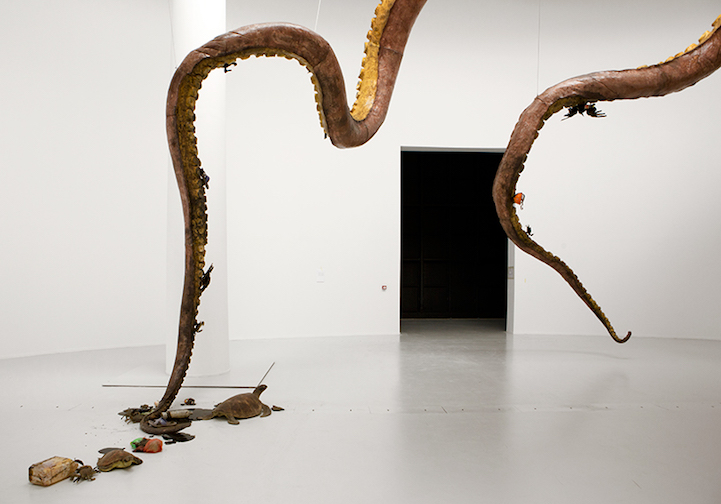 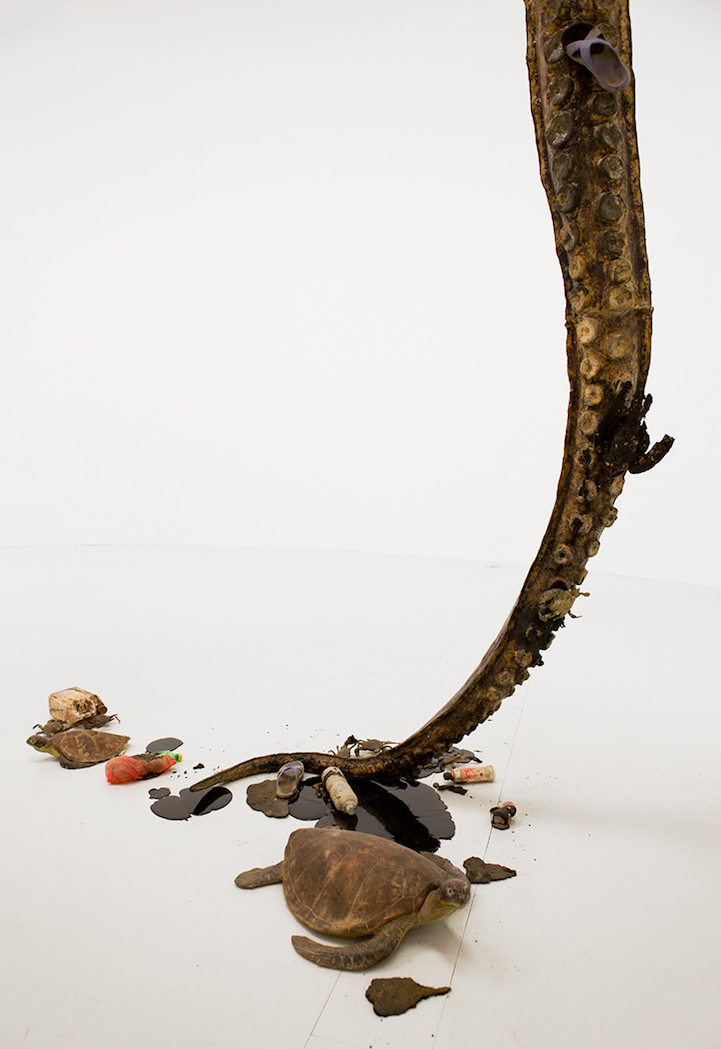