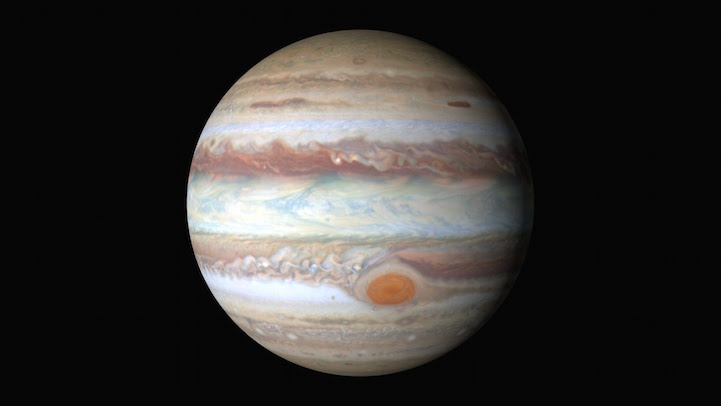 The Hubble Space Telescope allows NASA's Goddard Space Flight Center to comprehensively explore the solar system as they learn more about our universe. A new program involving this telescope permits scientists to specifically study the solar system's outer planets: Jupiter, Saturn, Uranus, and Neptune. Recently developed images of Jupiter are the first to be released from this enlightening new venture.

These new 4K ultra HD snapshots allow researchers to meticulously observe Jupiter's atmospheric chemistry, winds, storms, and clouds in a way that will help them chronicle how the planet changes over time. The laymen who view the photos can also take note of the planet's unique features as they gain a better understanding of the mystifying cosmos that surround planet Earth. 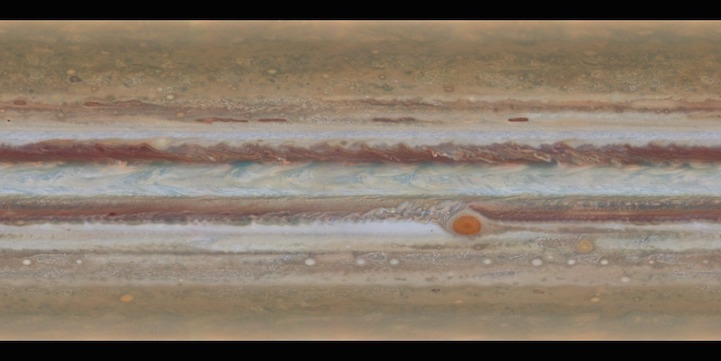 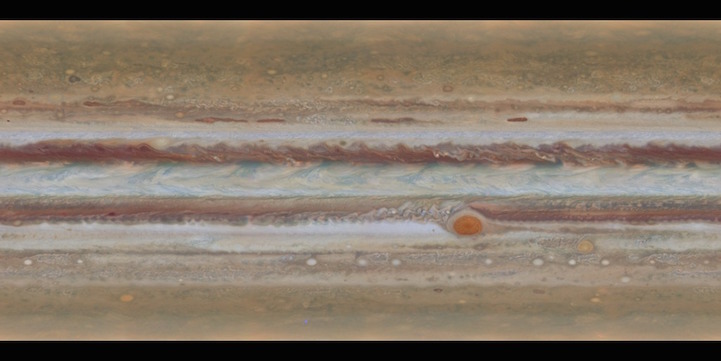 The motions of clouds, with close-ups showing the movement of a unique filament, not seen before, in the Great Red Spot. The Great Red Spot is shown at blue (left) and red (right) wavelengths.

In Jupiter's North Equatorial Belt, scientists spotted a rare wave that had been seen there only once before. It is similar to a wave that sometimes occurs in Earth's atmosphere when cyclones are forming. This false-color close-up of Jupiter shows cyclones (arrows) and the wave (vertical lines).

All images and captions via Goddard Media Studios.