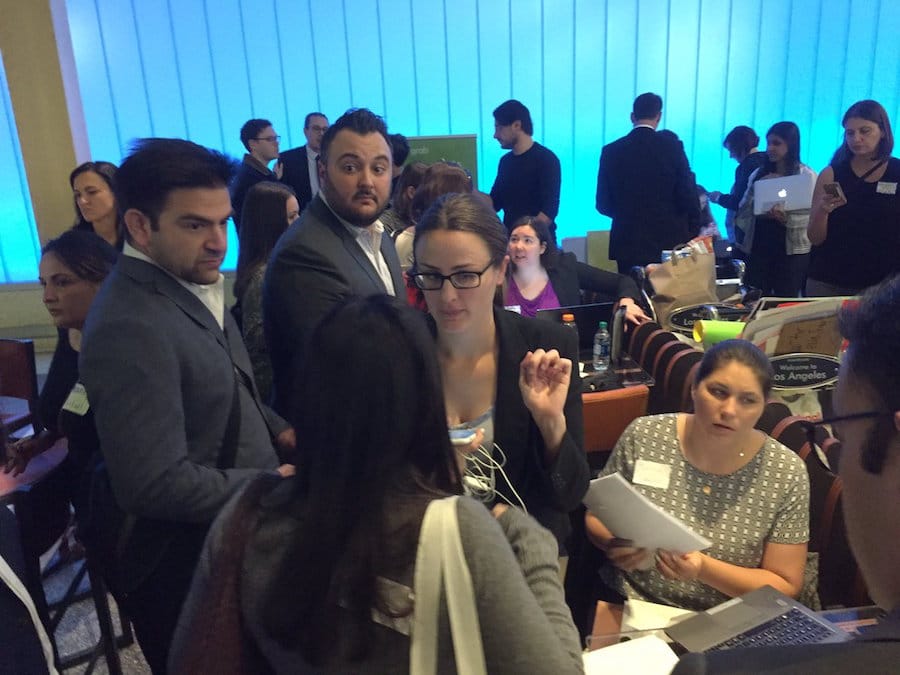 Lawyers at LAX set up shop at a bar in international arrivals. (Image via Josie Huang)

Across the country, immigration lawyers sprang into action, rushing to airports and offering their services to people in need of assistance due to President Trump's Executive Order that many are calling a “Muslim ban.” From JFK to LAX, lawyers joined protestors and set up shop in airport diners and lounges, working around the clock to ensure people stuck in limbo received proper legal support.

It wasn't an easy task, as attorneys were unable to ascertain the names of those being held at each airport, or how many of them there were in custody. Many resorted to makeshift signs—some in multiple languages—to get the attention of family members who had arrived expecting to pick up loved ones, only to find out they may be turned away.

“We will freely represent people who are detained. We need names, but we cannot go in there—it is restricted,” immigration lawyer Cristina Brown told the Denver Post. “We need the help of family members. We believe there’s a secondary questioning room and a detention room, but we cannot verify that because the government won’t speak with us.” 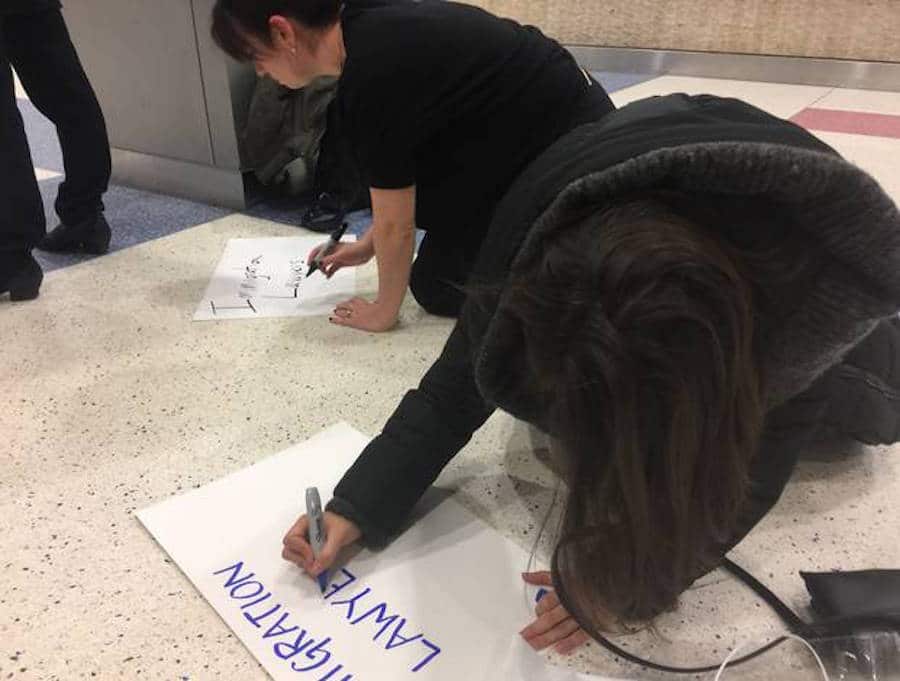 Due to lack of information, lawyers created signs offering services and looked for families in distress. (Image via Jack Smith IV)

Often mobilized by organizations such at the International Refugee Assistance Project and the American Immigration Lawyers Association, each lawyer had their own reason for sprinting into action. Some, like Fiona McEntee, were immigrants themselves. Born in Ireland, the Chicago-based lawyer joined more than 100 attorneys at O'Hare airport. Others, like Julia Schlozman, specialize in other areas, but were moved into action. “I wanted to contribute in any way I could,” she told the Chicago Tribune. “I just felt like I had to do something.”

As time went by, there were more victories. In New York, the Hussein family celebrated as a judge's executive stay allowed the release of an Iraqi family member they hadn't seen in seven years. She had a temporary visa, but the executive order was put into place while she was in the air. Her nephew, Amer Askar, was born in Iraq, but raised in New York City and served in the military for 11 years.

Any victory, big or small, was meaningful as attorneys continue to use the law in order to fight for the rights of refugees, citizens, green card holders, and visitors to the United States who have been affected by the ban. 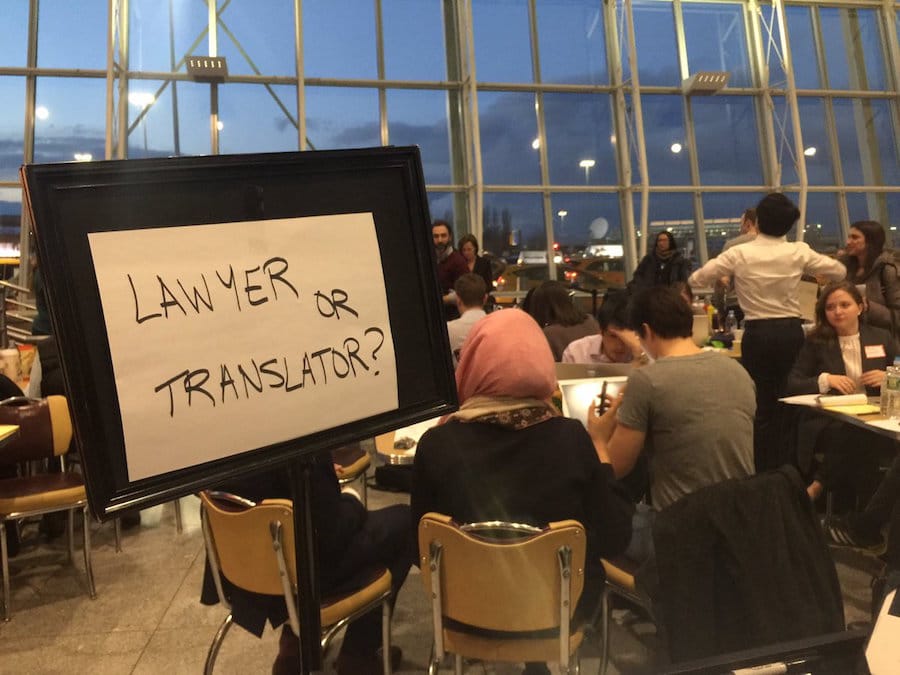 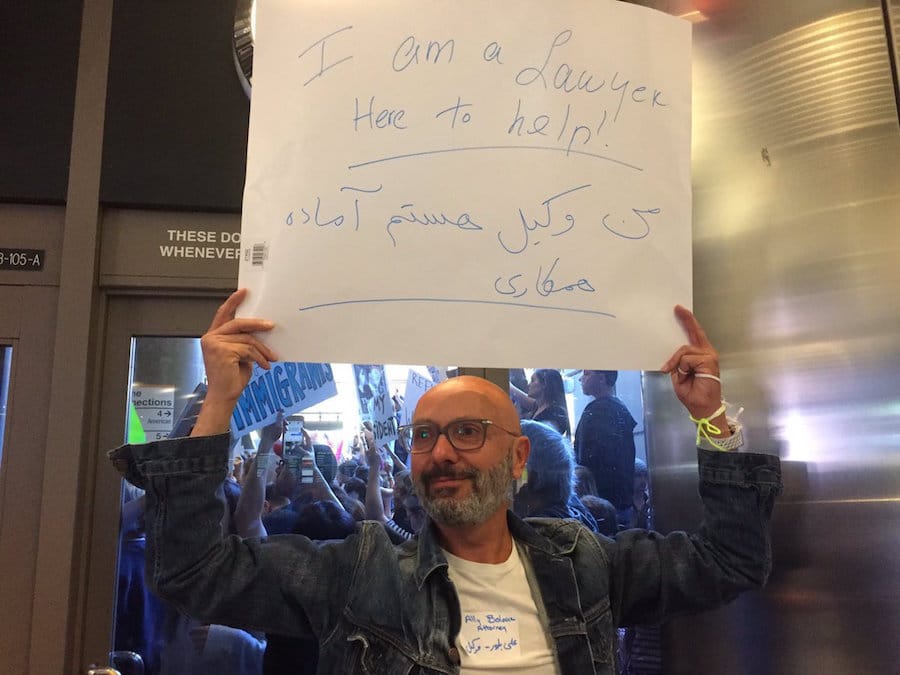 Attorneys at LAX, including Ally Bolour, hold signs in Arabic and Farsi to explain they are here to help. (Image via Josie Huang) 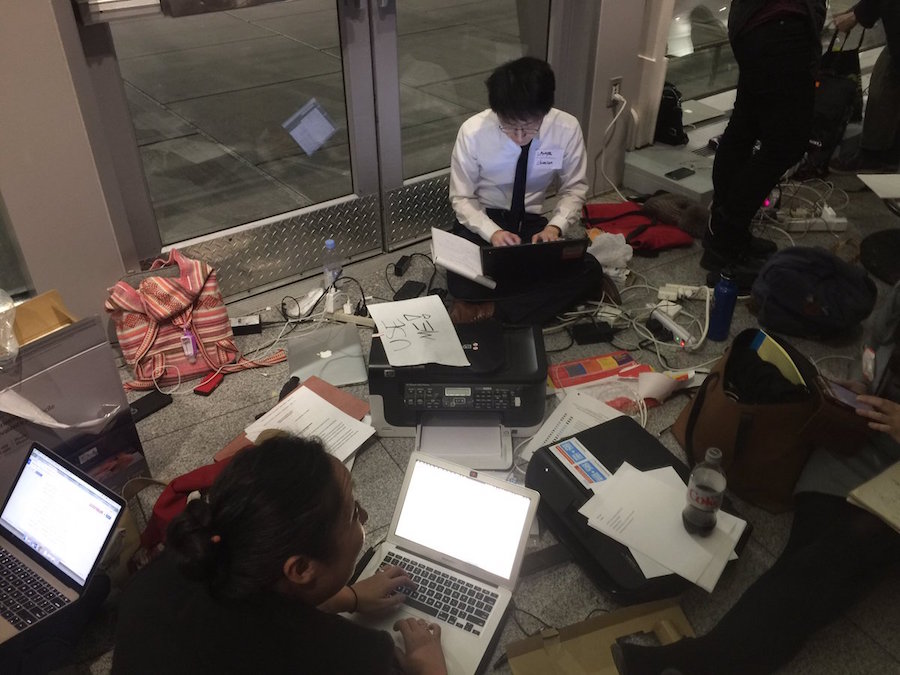 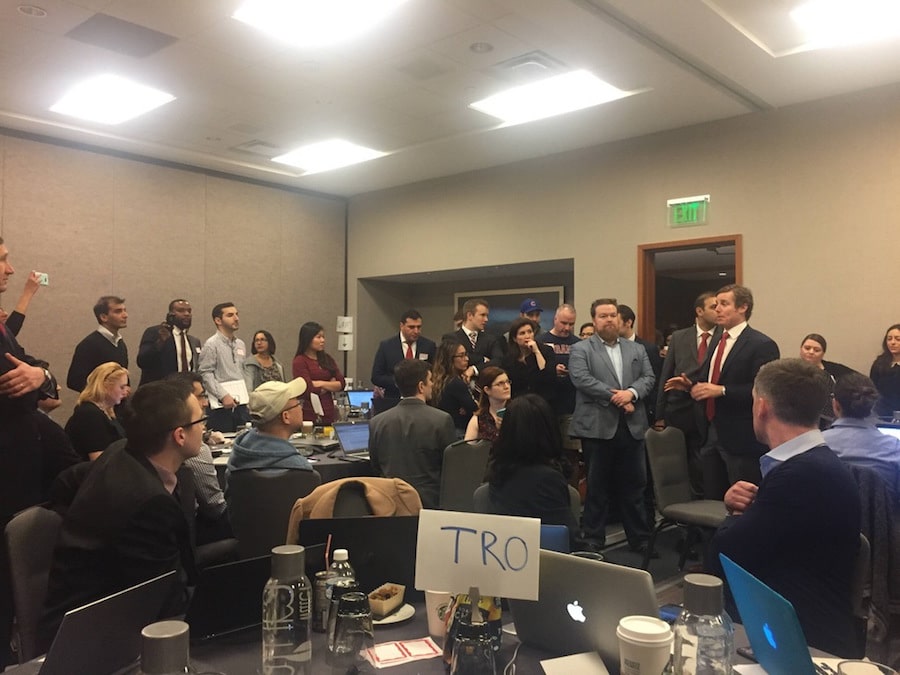 Lawyers gathered at Dallas/Fort Worth airport. (Image via reddit) 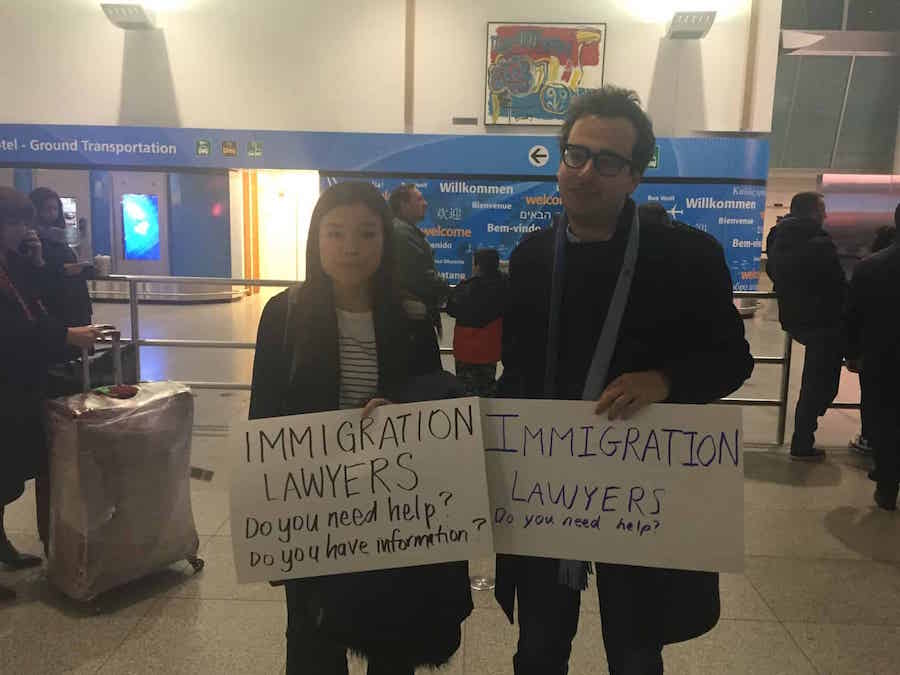 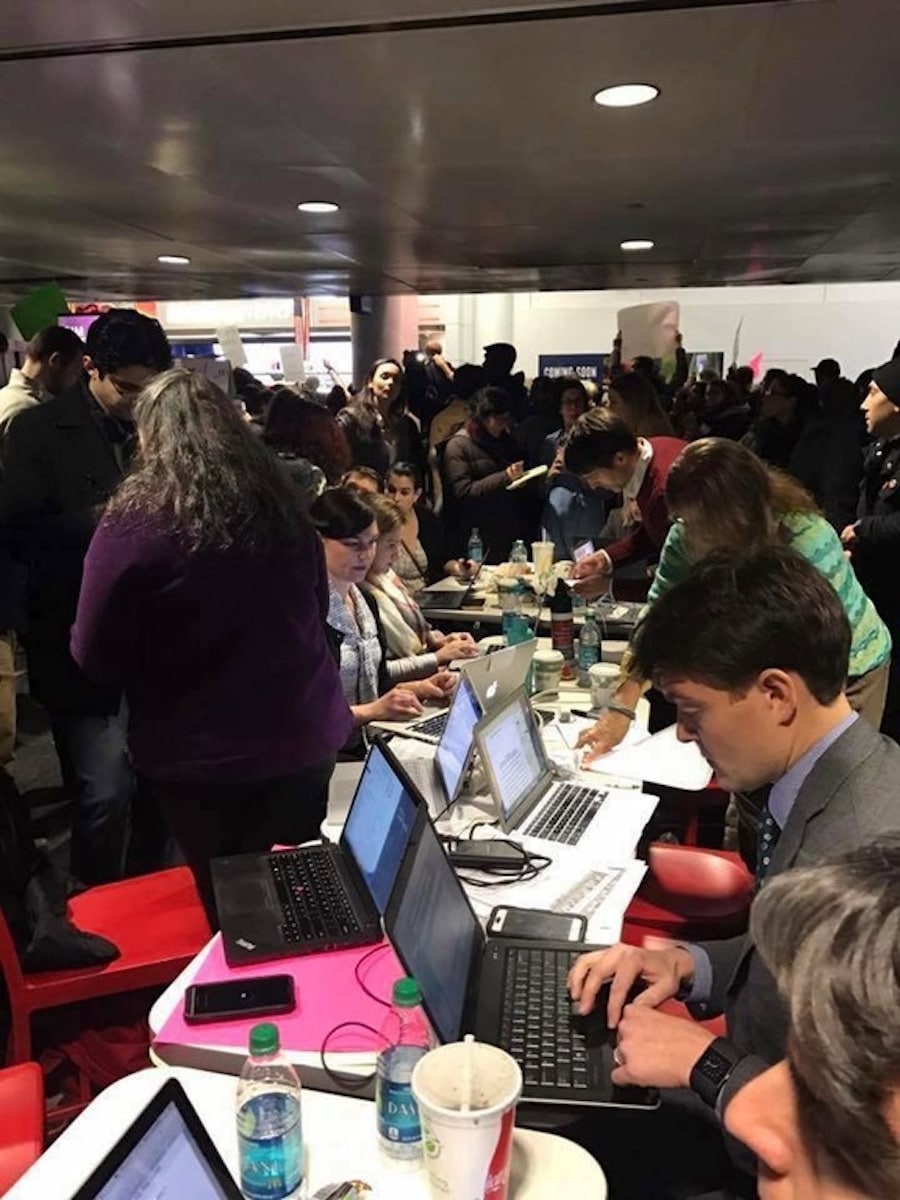 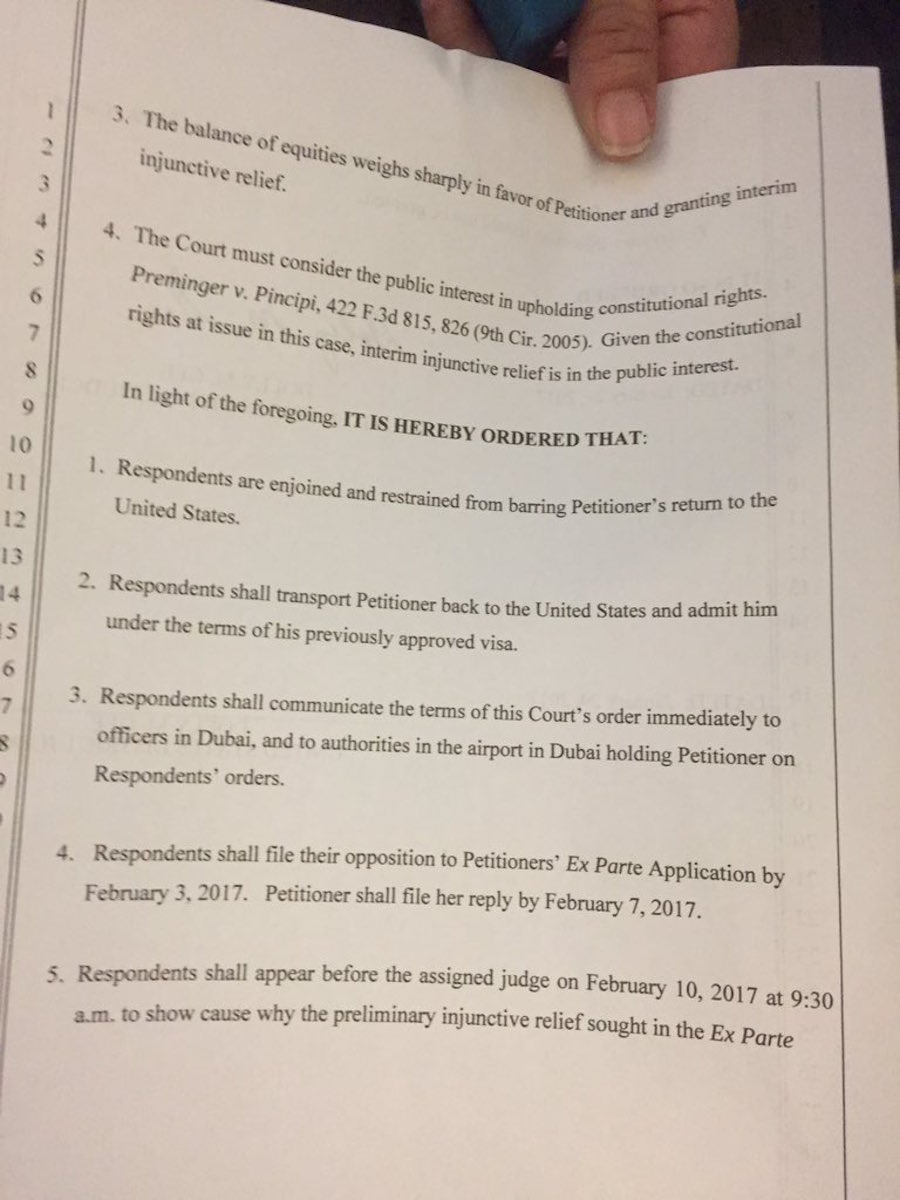 Order from Los Angeles federal judge stating that the government must readmit an Iranian green card holder who had been put on a plane back to Iran. (Image via Josie Huang)