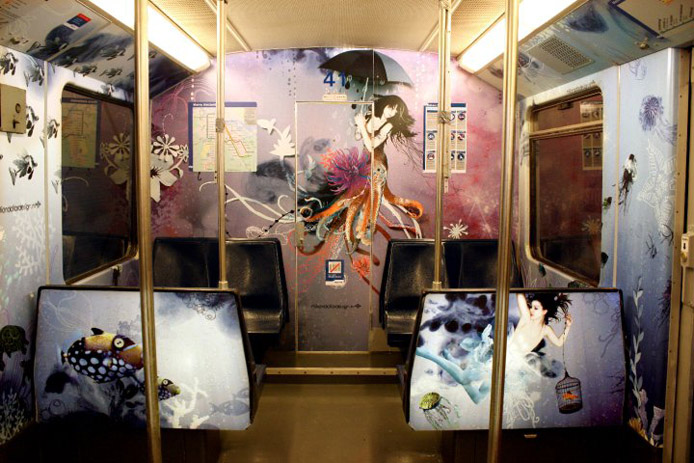 Dutch design group Million Dollar Design won a competition to give a 30-year-old Amsterdam subway car a face-lift. Taking a worn-out grey background as a canvas, they transformed an old subway car into an incredible underwater world! Mermaids, sea turtles, eels, and octopuses are only a few creatures seen in this colorful fantasy.

Since the subway car has two compartments, the design group painted one predominantly green, giving the illusion that riders are deep underwater alongside strange little creatures. The other compartment is painted bright purple, which represents being closer to the surface, where a school of small fish is seen swimming around, while a sparkle of sunlight pierces the water. 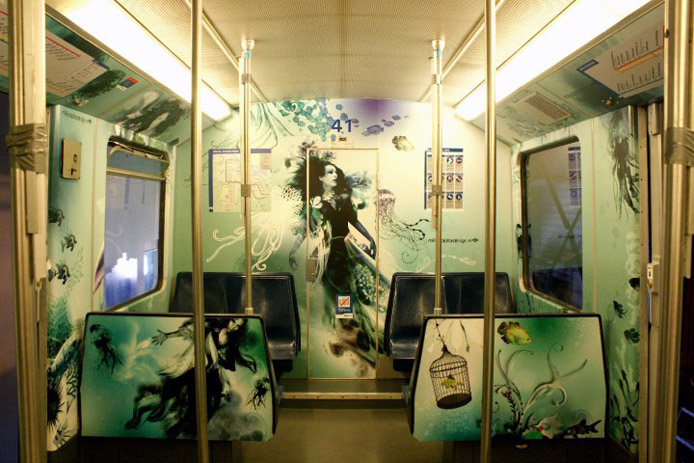 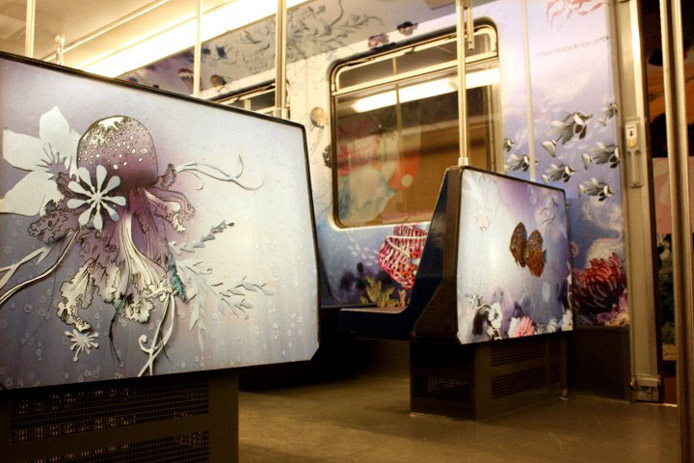 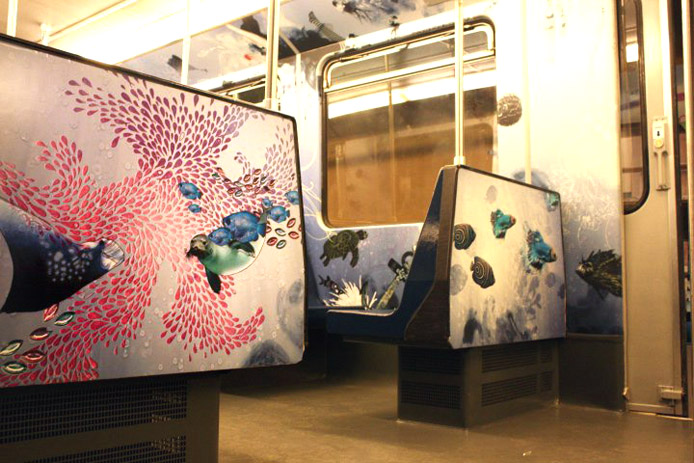 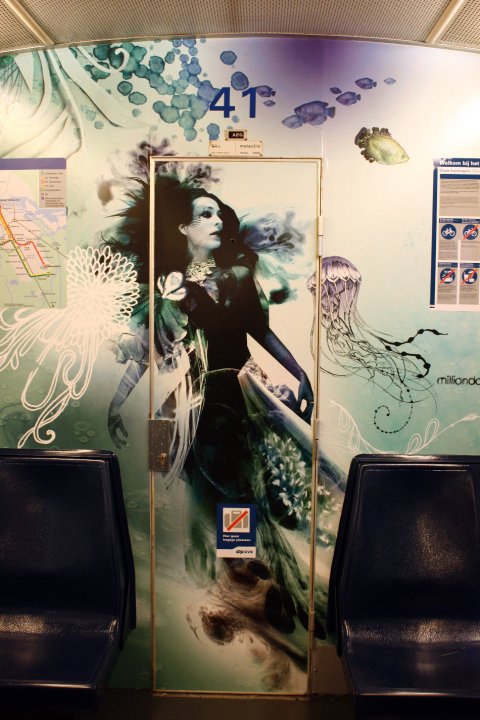 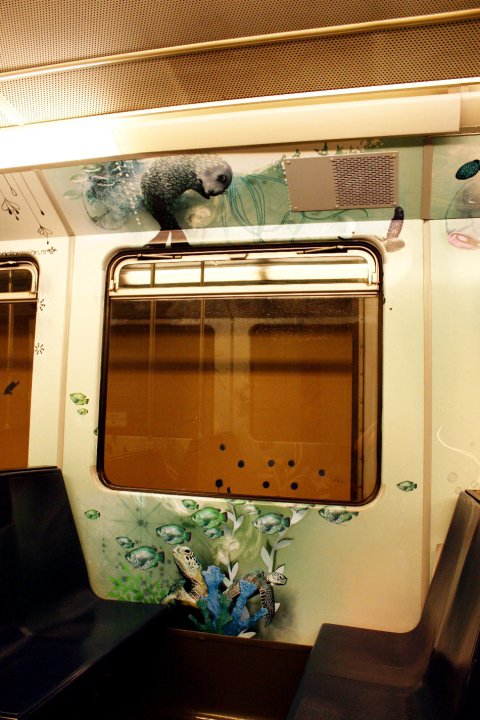 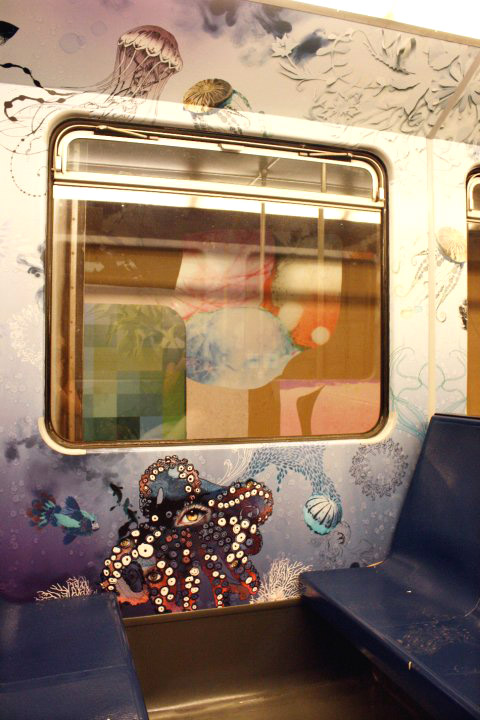 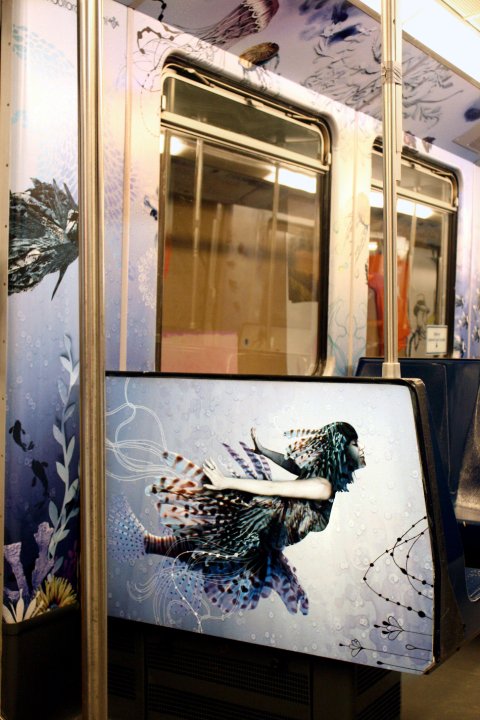 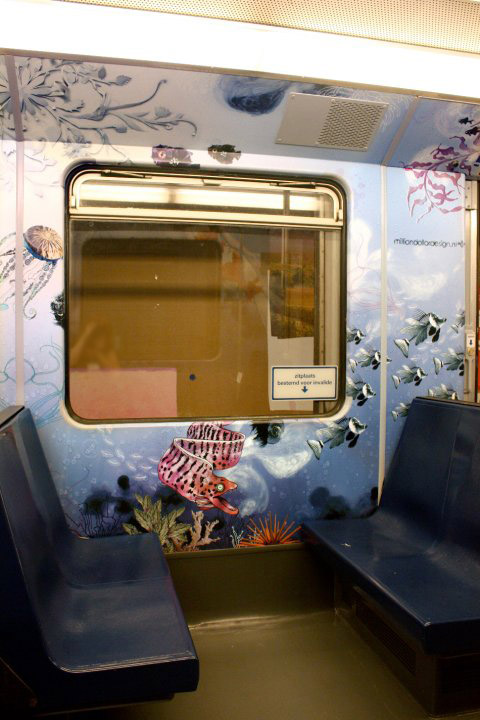 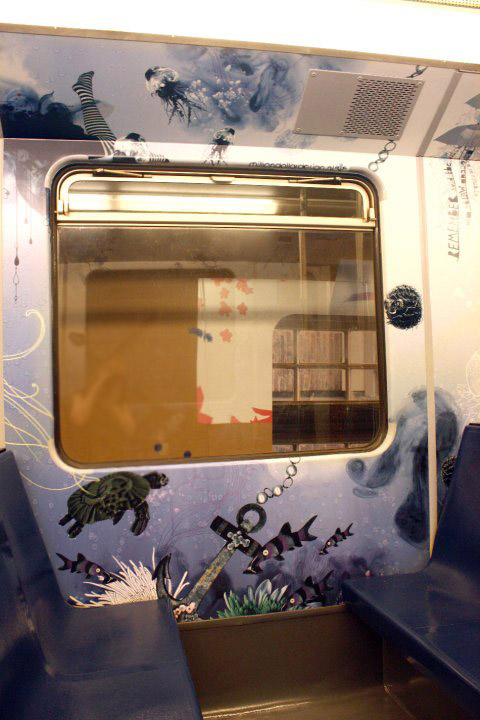 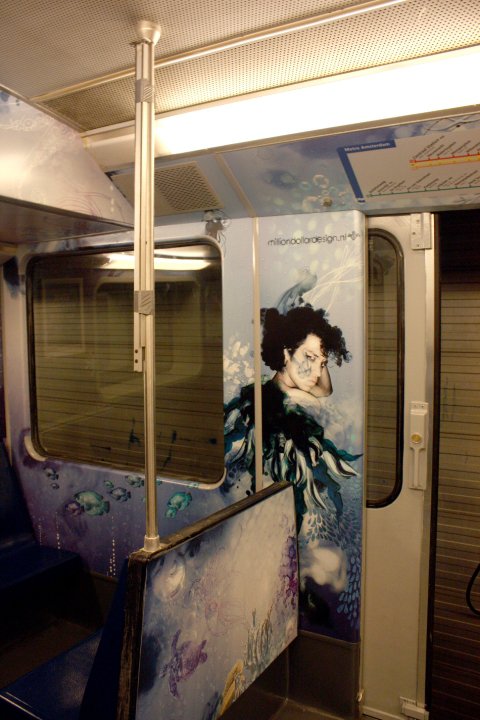 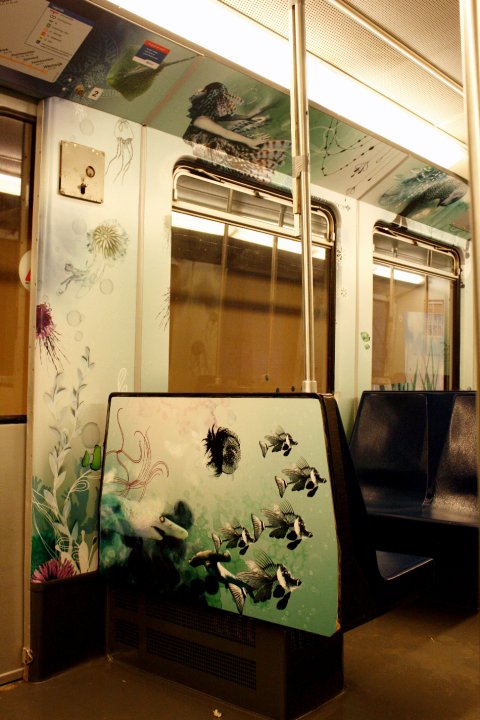 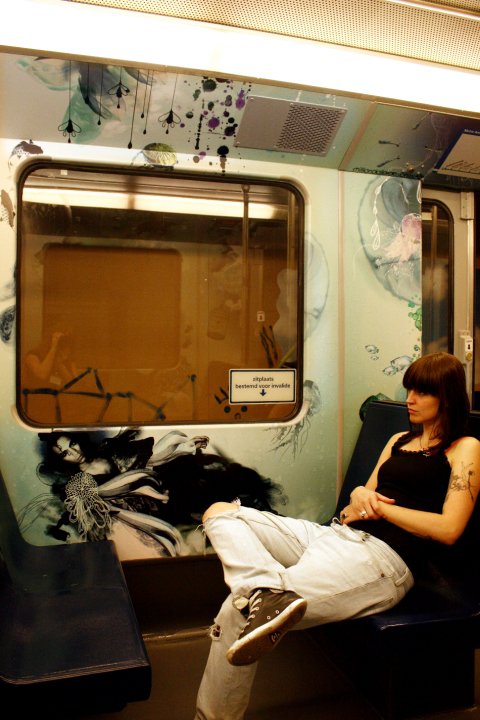