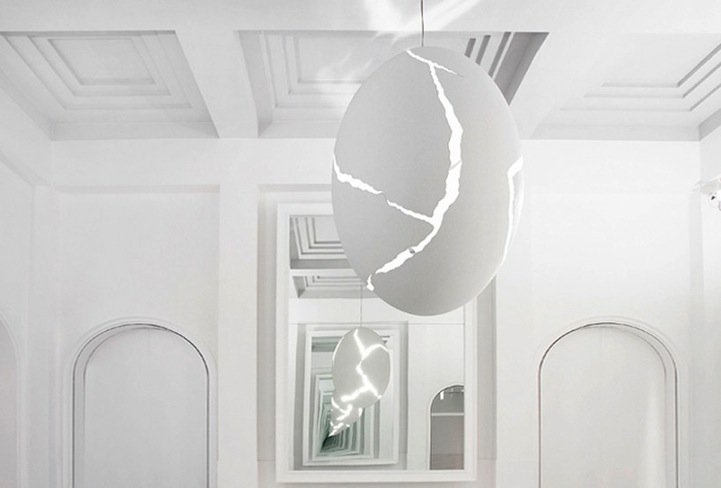 Broken Egg is an eye-catching lighting fixture mimicking a cracked egg by designer Ingo Maurer. The fantastic and intriguing design, first introduced as a ceramic table lamp in 1996, has inspired a new architectural project, allowing visitors to actually enter a massive oval-shaped venue. The egg-shaped structure is set to be built at Art Park in Inhotim, Brazil, boasting a futuristic space reminiscent of classic sci-fi films. Maurer released a model of his large-scale project at this year's Milan Design Week, sharing its inventive architectural scheme with future visitors.

While exhibiting one of his previous egg-themed pieces at Milan Design Week 2009, Maurer said, “The egg shape, perfect and beautiful, is a recurring element in my work. In fact, there's a direct connection to Milan: the egg in Piero della Francesca's Montefeltro altarpiece, belonging to the Pinacoteca di Brera, holds a particular fascination for me. However, for me the egg had to be flawed: it is broken, and light emerges from the cracks.” 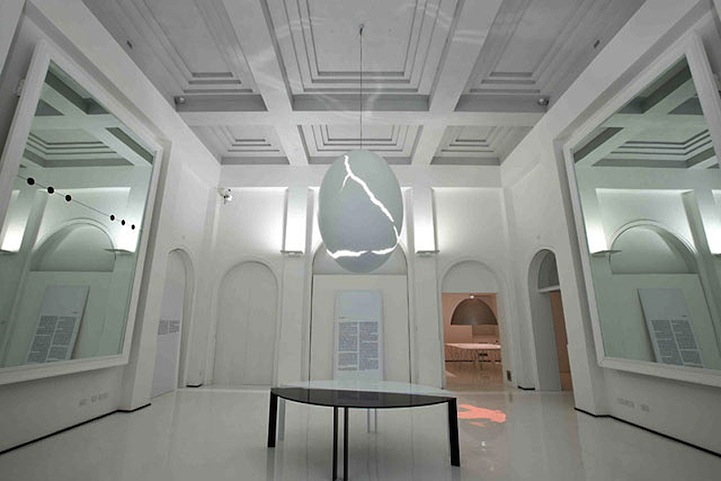 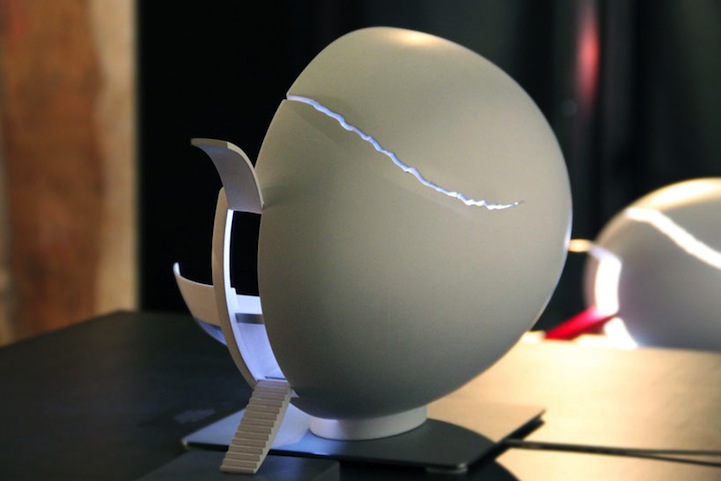 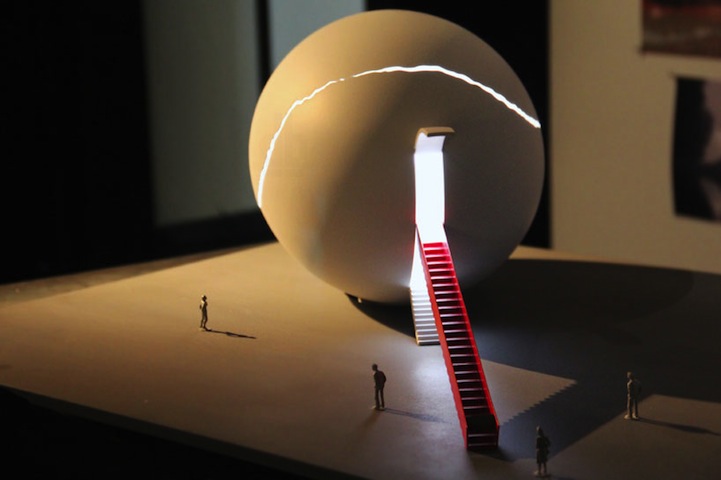 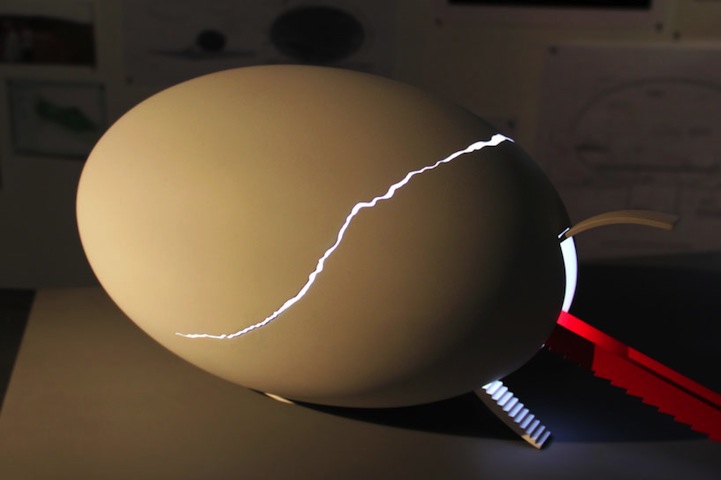 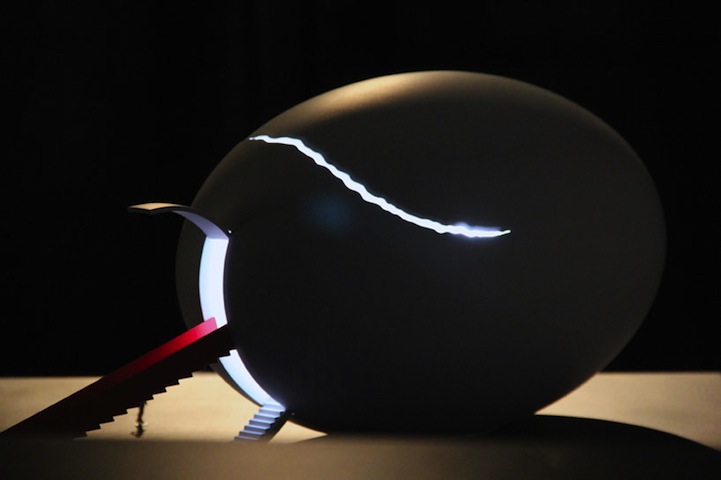 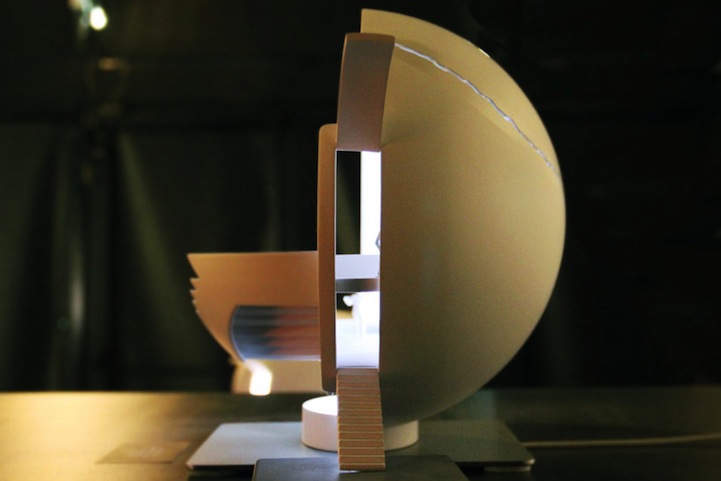 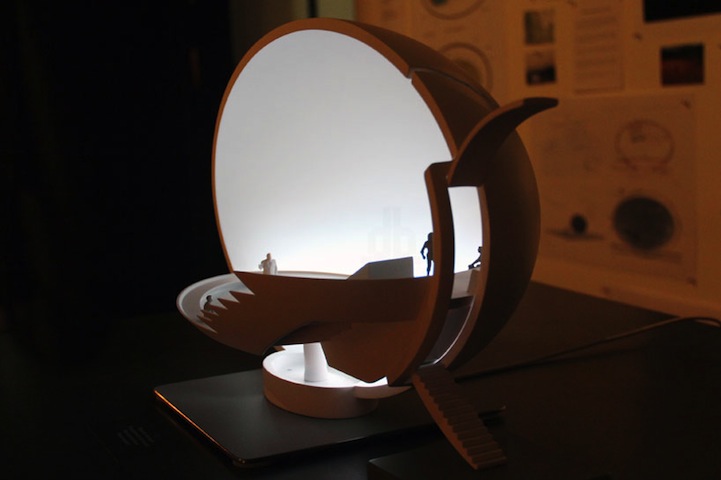 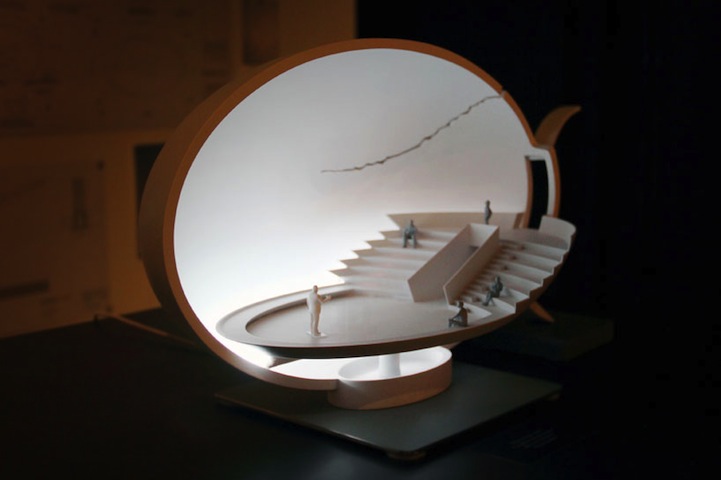 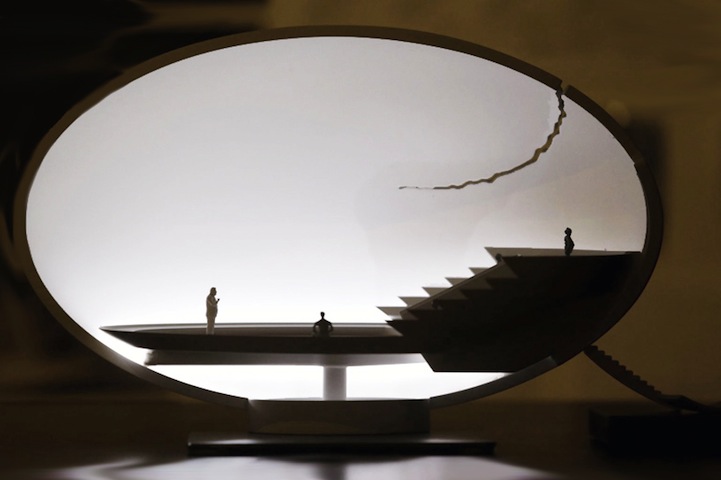