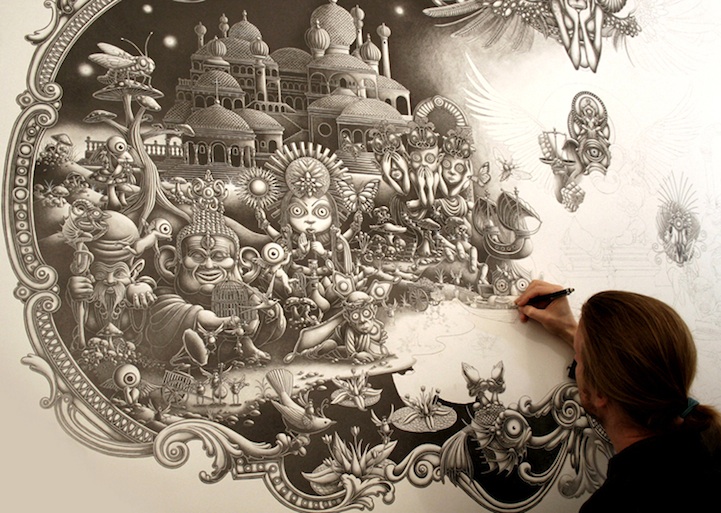 Imagine taking your 0.5 mechanical pencil and drawing on a large piece of white paper for 10 hours a day, seven days a week, over a course of 10 full months. Think you'd give up after a few hours or maybe even a few days? Well, it's safe to say that most people would. Then again, most people aren't like Joe Fenton…

Aptly titled Solitude, the personal project stands an astounding 5 ft high and 8 ft across. Fenton worked out all of the elements on a small scale first, then pieced his images together “like a jigsaw puzzle” by tracking his line drawings onto the final white paper. After working with graphite, he finished it all off with acrylic and ink.

“It took courage to start it as I had never done anything that size before,” he tells us. “As you can imagine, you have to invest a lot of your time to complete something like this. I just had to believe in my process and have faith that it would work out!”

Inspired by the large scale work of pop surreal artist Todd Schorr, Fenton knew he could tackle this project. “Like myself, Schorr has been inspired by many of the originals like Bosch,” Fenton says. “To this day, some of my strongest influences still come from my childhood memories of reading books like ‘Rat's Magic' created by illustrator Wayne Anderson. His dark and surreal characters scared me and filled me with wonder at the same time.”

Solitude was born out of an idea to put together a large scale drawing of different religious references like a “Ganesh-like character, a grinning Buddha, or a faint crucifix adorning a rooftop in the far distance.”

“This might seem strange,” he explains, “as I am not a religious person. I don't know whether I am mocking religion by having references to it in my work or that it comes from a deep desire to experience some of what it has to offer.

“My unhealthy fear of death, and fear of the unknown is a constant battle for me,” he continues. “I think this come through in my work. I'm on a never ending journey to find a spiritual solution to give meaning to my life. Being an artist is a very solitary experience. On the one hand, I'm most spiritually connected and at peace with the world when I'm creating. On the other side of it is the unhealthy effect isolation has on an individual. When I have more of a balance with my work and interacting with life outside my studio I'm creatively more productive.” 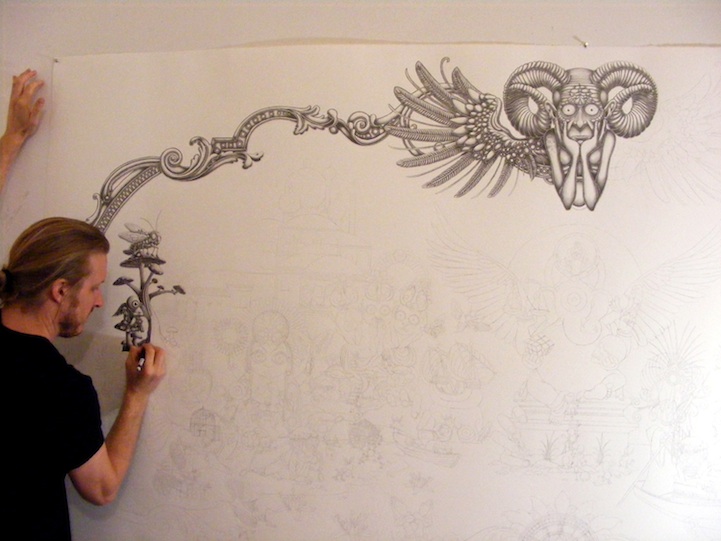 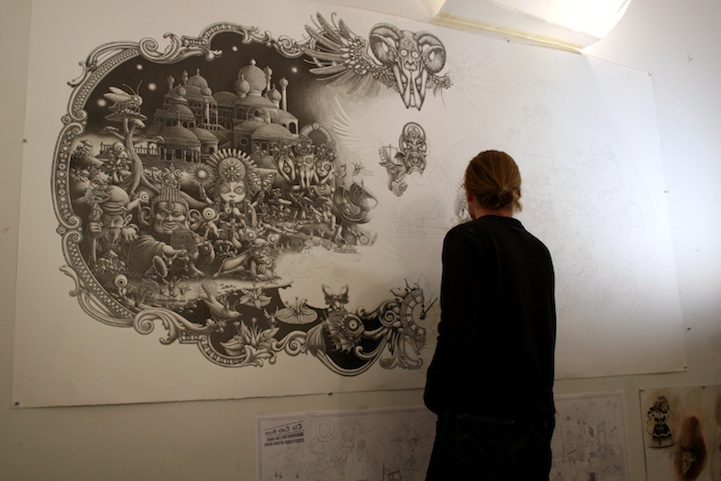 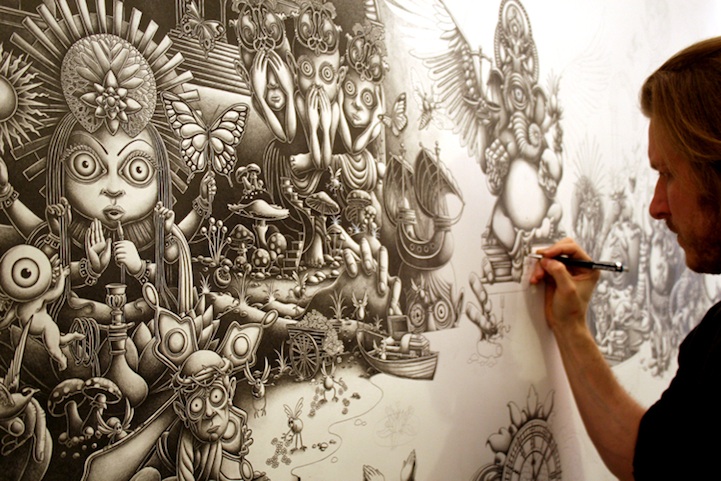 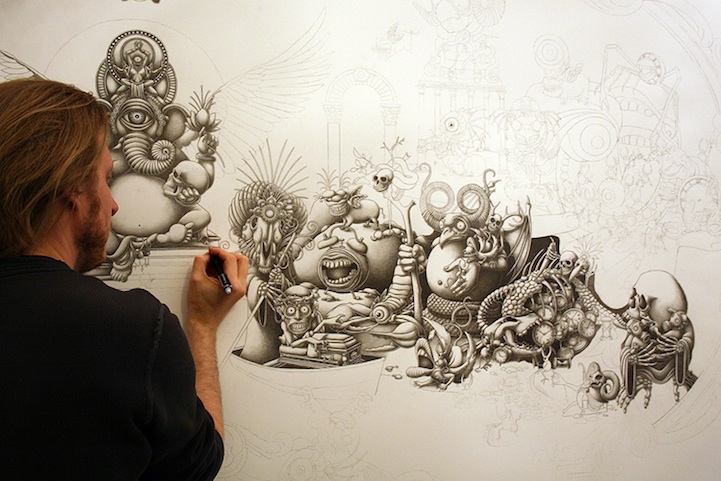 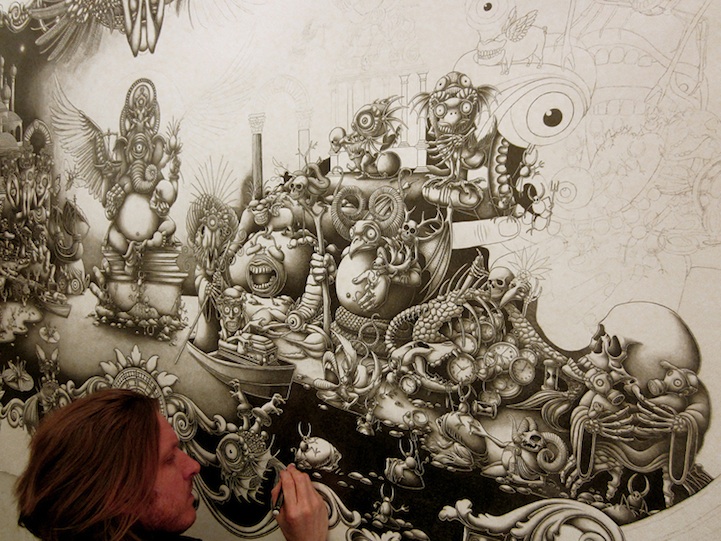 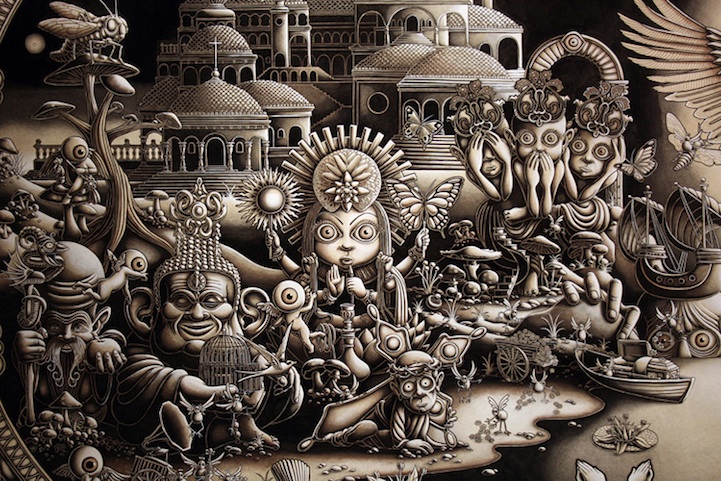 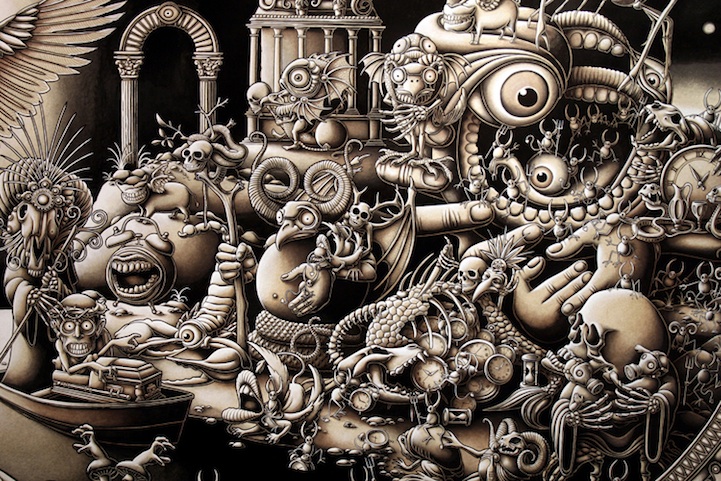 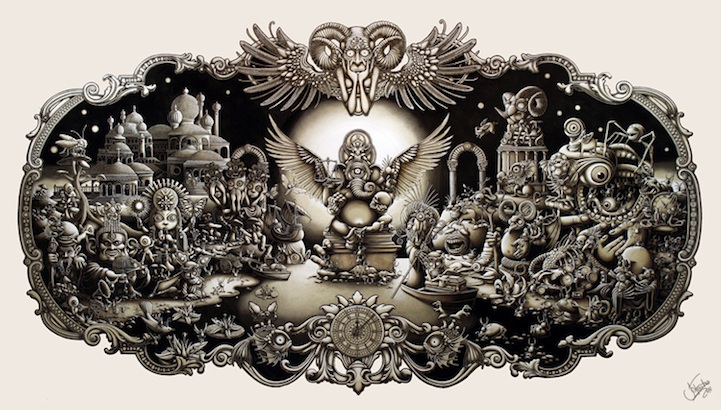 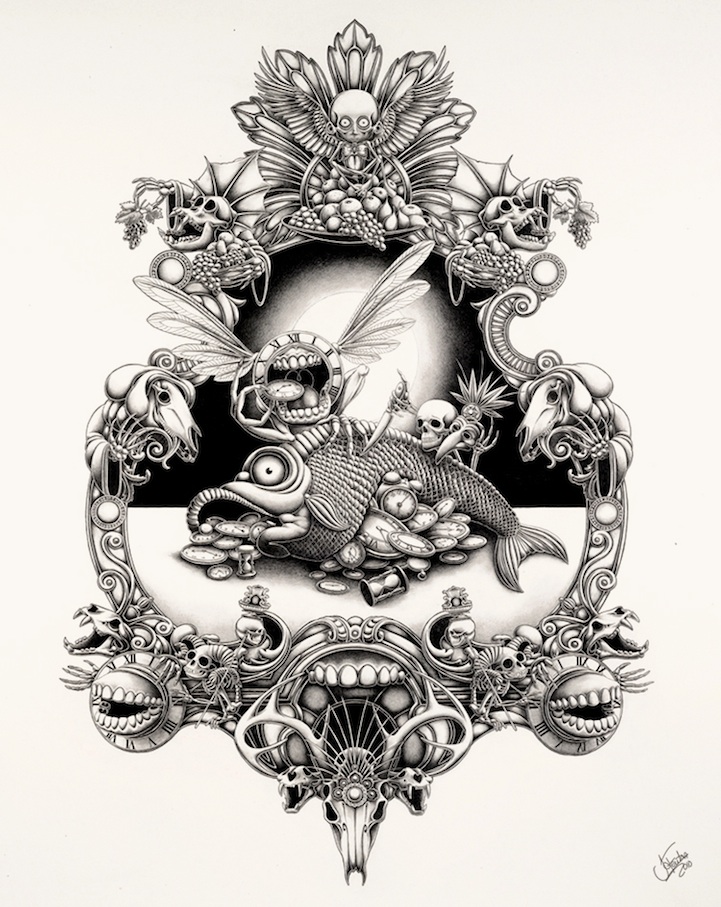 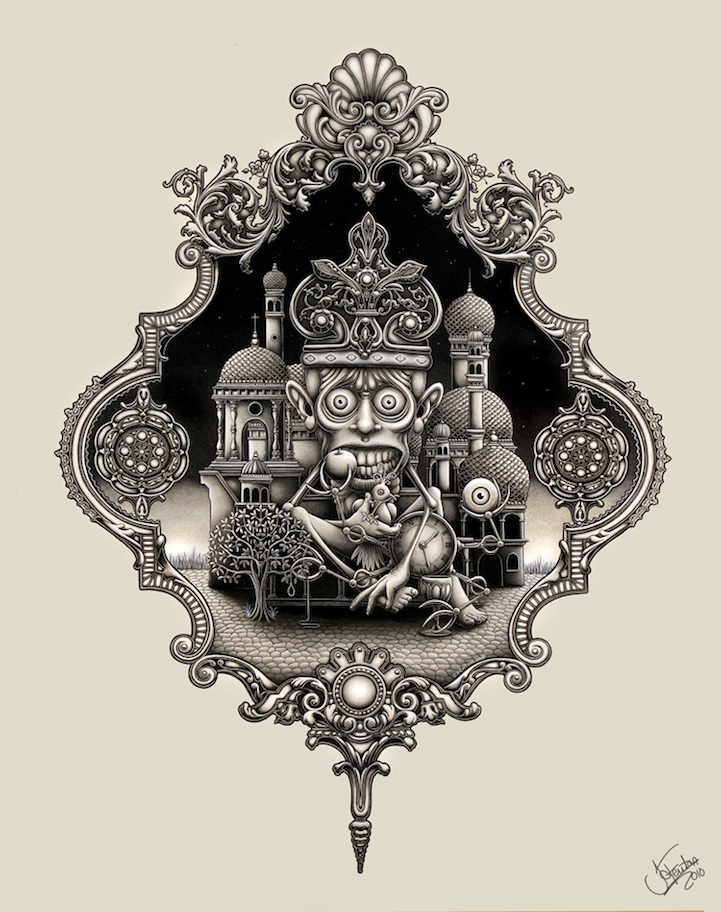 Though it would seem as if Fenton has been an artist for a good part of his life, he actually only started drawing, for himself, a year and a half ago. (Prior to becoming a full-time artist, he was a film concept designer, a sculptor, and a children's book illustrator.) He knew he had found his calling when the very first drawing he completed won him the Best Artist in the North West Region award by the Russell Simmon's Bombay Sapphire Artisan Series.

Of course, he's also a fairly new “rock star” on Behance, a professional platform for artists and designers, where he received 165K visits in 2 days for Solitude. “The internet has given the artist a new platform for exposure unlike anything before it,” he says. “The music industry has had to take a serious look at itself with the introduction of the Internet. The art world is no different. The potential for exposure the Internet has to offer is really remarkable.”