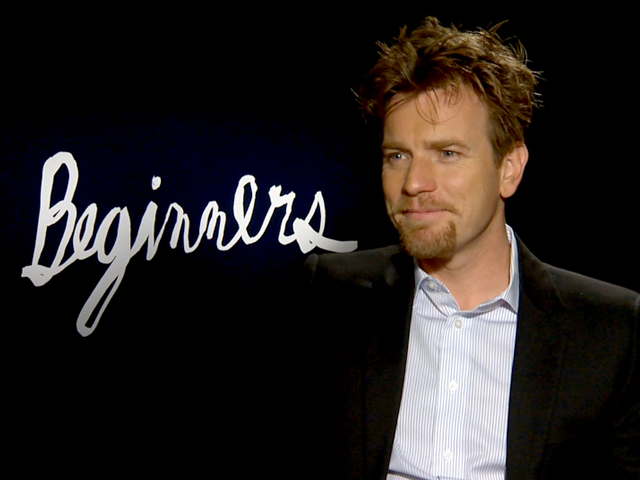 If you've been hanging out with us here at theMET, you'll remember that we took off to SF in April to attend the San Francisco international Film Festival on behalf of Saab. Their opening night movie was Beginners, starring the one and only Ewan McGregor. Back then, we promised you an interview that, due to certain “rules,” we could only show you until after the film was officially released.

For a quick synopsis of the movie, it's a sweet but emotionally complicated film about love and relationships. Writer and director Mike Mills based the story on his own life. At the age of 75, his father came out of the closet and started a new chapter in his life that was 180 degrees different than the one he had previously led. With acting by Ewan McGregor, Melanie Laurent, Christopher Plummer and one whip-smart Jack Russel terrier, the movie gently takes you between the past and the present, making you examine the relationships you have in your life. The movie never comes off as too heavy or preachy, rather, it always has a melancholy feeling to it that seems right on key.

Now, finally without further ado, here's the interview we conducted in a small suite at the St. Regis Hotel in San Francisco on Friday, April 22, 2011. Let us just begin by saying that Ewan McGregor and Mike Mills were so open and gracious, you couldn't help but fall in love them (even more in Ewan's case). By the way, did we mention that Ewan plays a graphic designer in the movie? 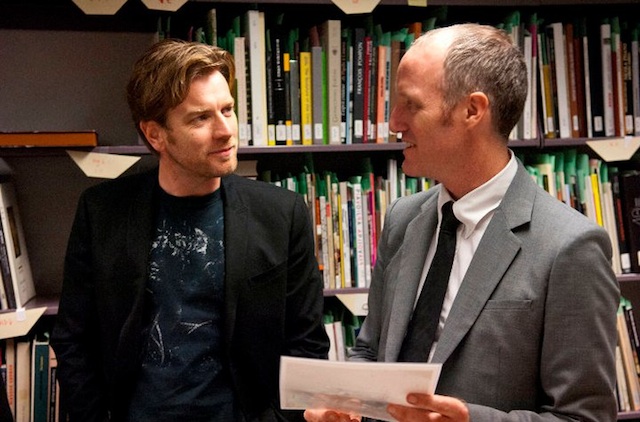 Q: In general terms, is speaking to the press something you get used to or do you see it as part of the job?
Mike Mills: For me, as a filmmaker, I'm been trying to make this since 2005 so I'm so psyched to see you all. For this film, the questions get awfully personal really fast like, “Was your mother really happy?” and I'm like, “If I only knew that woman I could maybe give you an answer.” But even that is weird. Though it always happens after they see the movie, they all feel like they're all in my family now and we're all intimate and then I've invited them so I open that door. So I'm pretty happy with it all.

Q: You mention that you're able to distance yourself while you were shooting from the actual experience of being with your family. Were there times where you started to think about your dad?
Mike Mills: There was one moment when you asked me (Ewan) after the scene in the hospital when the lady says, “You don't have to come in anymore” and you were very sweet and said, “How is it?” and I cried for like a second. But mostly, I got to say again that it's fun, I love directing and I love being with everybody. We had like a really good time even in the hospital and wherever. We were all getting along so great. We're all pretty amped up, would you say (to Ewan)?

Ewan McGregor: Yeah, yeah absolutely. But I think there were times where you could see the chink a little bit. ‘Cause there were some really devastating moments, I mean when absolutely when Christopher dies in the film it was very upsetting for everybody. There were other moments where you would end a scene and cast a glance back into the monitor just to see how Mike was. Like when Christopher's told that he's got cancer, there's just moments where I was imagining that it couldn't have been any other way than this. You know, the way we'd set up in an office – at the desk, wheelchair – it had to be like this and you would be aware of the movie representing something that actually happened to Mike.

Mike Mills: When Christopher died, Ewan really lost it in a very beautiful way. It was like very real. We shot it all chronologically and that was one of the last things they shot and I think you and Christopher had a really cool actor to actor thing? (Looks over at Ewan.) He's such the worldly man, done everything in the world it's hard not to sort of admire him.

And I remember me and Casper were standing over the camera and I was bawling and then looking at the monitor camera and I see a teardrop hit the camera and think, “Oh no, water, electricity, bad!” And that was Casper's tears hitting the camera. And that would happen a few times. I would turn and be like, “Great, great shot!” and the crew would be crying.

Ewan McGregor: It was very charged. Emotions were very high in both the stories. We shot the two stories separately, we shot the first story with Oliver and Hal, we rehearsed for a week and shot for three weeks. And then, Melanie and I rehearsed for a week and then we shot the story between Oliver and Anna for three weeks. So there were two separate experiences but we shot the father/son story first, because that happened first, and then you're looking back to that story from the love story with Anna. But that height of emotional content in that first story really informed the second one. Our emotions were all over the place and it was quite fantastic.

Mike Mills: We were all really happy to meet Melanie. (Laughing.)

Q: Unlike most American filmmakers, you take a chance at portraying sadness. Can you take a little about that? This is a melancholy comedy.
Mike Mills: To me, sadness and humor are not dis-related and humor is my best tool against the sadness I've had in my life. I think I really inherited that from my parents and I saw that when I was trying to write in their voice. The darker it got sometimes it got for my dad, and this is something that Christopher nailed, the more pinched you get as a human, the more he would make a joke to crack it back open again. My dad did that.

For sadness it's super important thing to not be ashamed and to include it in our lives. I think one of the bigger problems with sadness or depression is that there's so much shame around it. Like if you have it you're a failure. One thing I love about Ewan is that it's so hard to get a straight male actor of a certain stature who's willing to be that emotionally open and available and show real vulnerability. And you do it in spades, and I don't even have to ask you to do it, I don't have to coax you into it, it comes super naturally to you.

Ewan, What was it in the story that made you want to do this film?
Ewan McGregor: I've always made my choices really on instinct. I don't tend to analyze it one way or another. It was the whole thing. I was told the story by somebody on a chairlift and by the time we got to the top of the ski run, my mind was running through the story about a guy I never met.

When we met the first time in a coffee shop (to Mike), I was asking lots of questions about what happened. Not really about the script, not how we'd shoot it or how you like to direct, it wasn't any of that. I was fascinated by the story. Because it's wonderful and sad. It was a very full story.

Find out when Beginners is playing in your area. Then, make sure to check it out! It's a must-see.