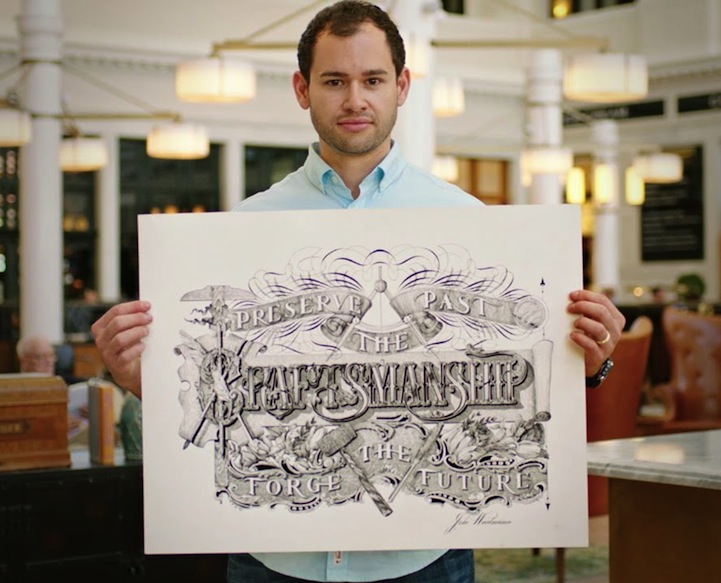 In an age when technology has drawn attention away from the art of handwriting and penmanship, calligrapher and artist Jake Weidmann stands out for both his young age and his dedication to his craft. Weidmann has the honor of being one of only a dozen people in the world who is a Master Penman, as officially certified by the organization IAMPETH. Still in his early 30s, the Denver, Colorado resident is younger than the other masters by three decades.

“When I was really young, I had this conviction: if I was going to be an artist, then everything that came from my hand had to be beautiful,” Weidmann explains in a new video profile by UPROXX. “I took it upon myself to really work obsessively on my handwriting.” From an early age, penmanship was a huge part of his life, as he hand lettering for hours each day. While other students used their laptops to take notes in class, Weidmann painstakingly wrote down everything using a simple pen and notepad. He even came to be known by his professors as the kid whose written essay tests looked more like the Declaration of Independence than a regular exam.

Years of hard work and discipline culminated in Weidmann's respected title and precise skill. With an interest in images as well as letters, the Master Penman often combines meticulous penmanship with detailed drawings to create beautiful works of art filled with delicate lines, intricate shading, and bold flourishes. Both refined and dynamic, his elegant works embody the grace and poise of a centuries-old craft. 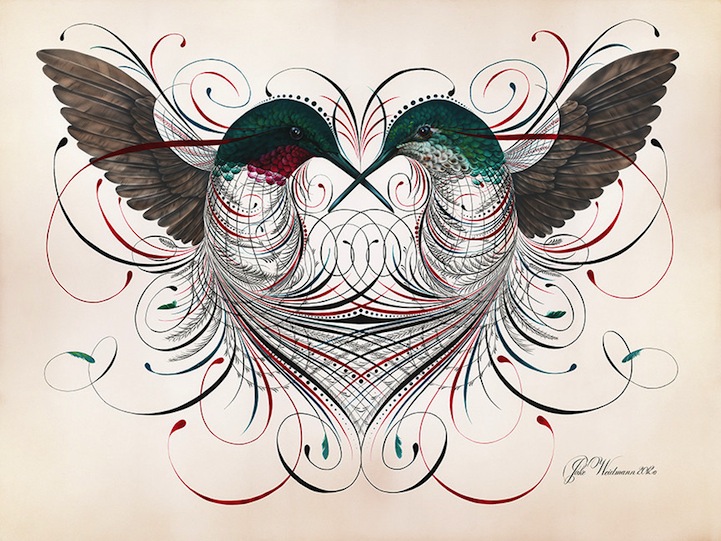 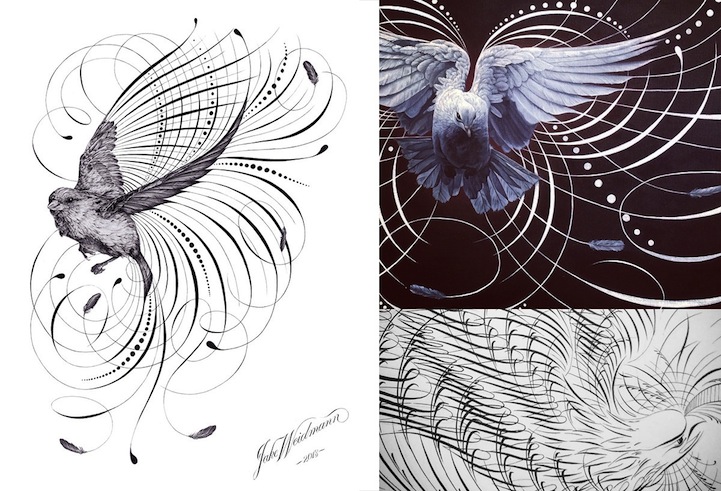 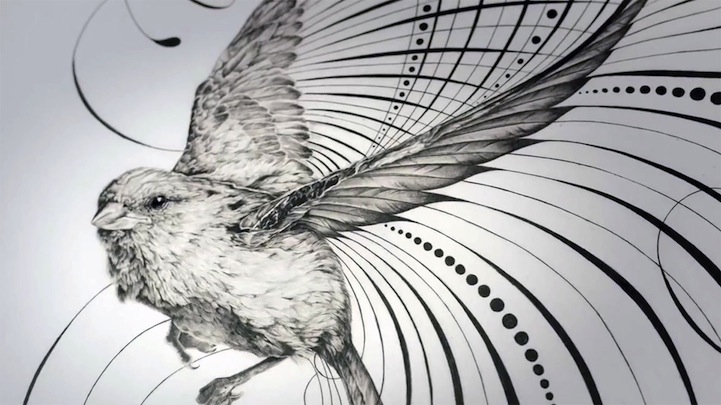 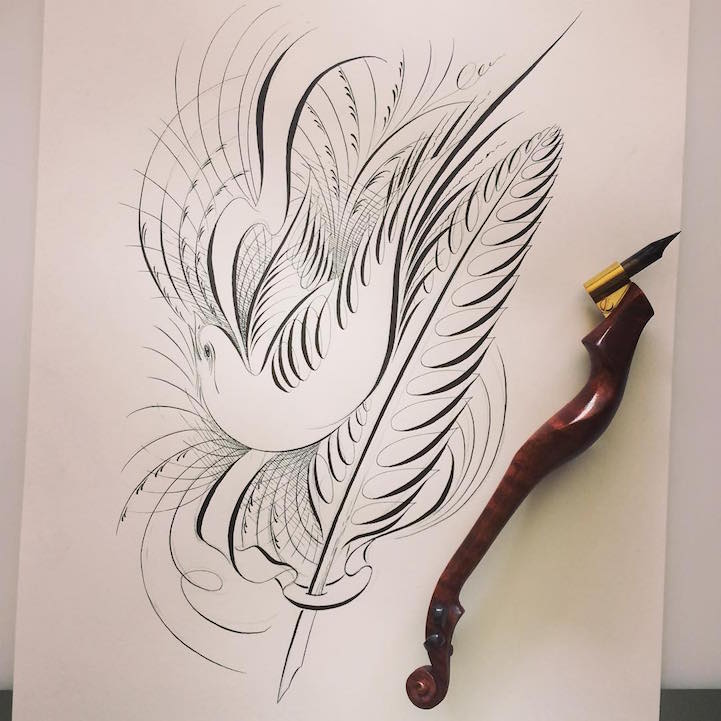 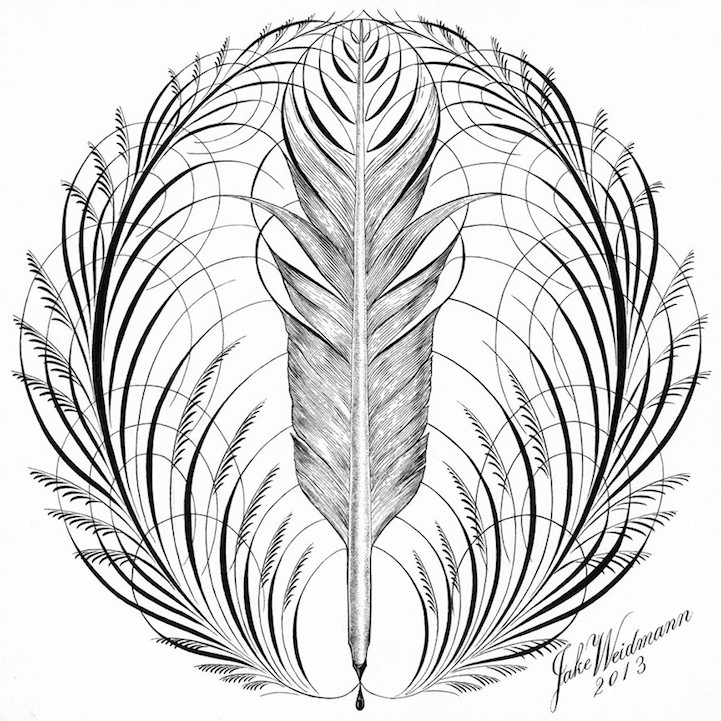 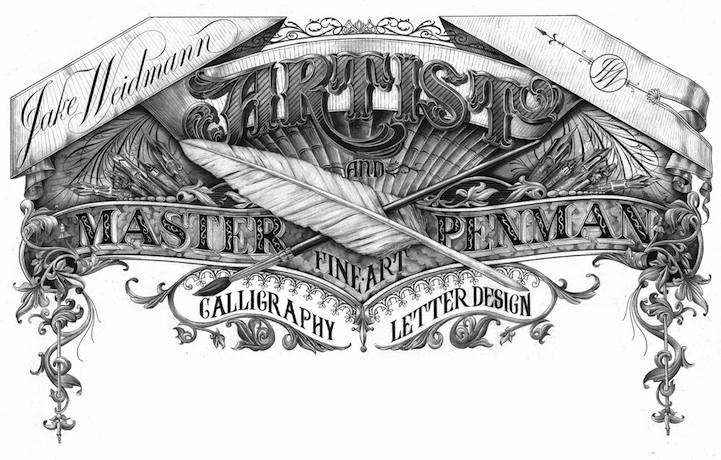 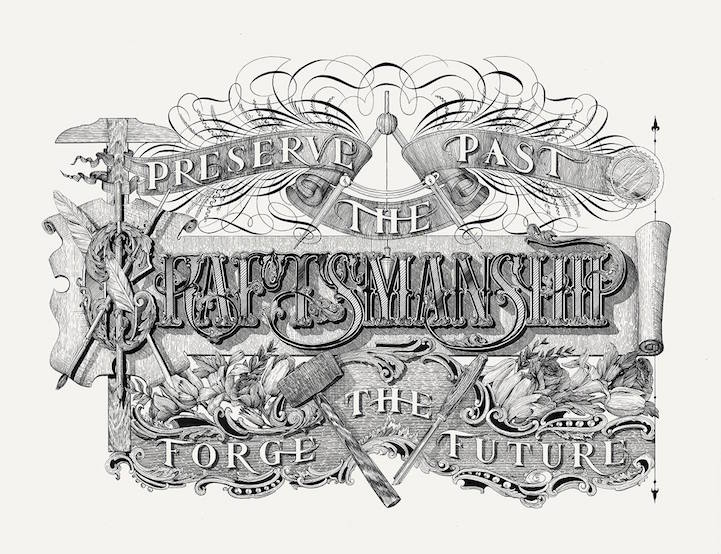