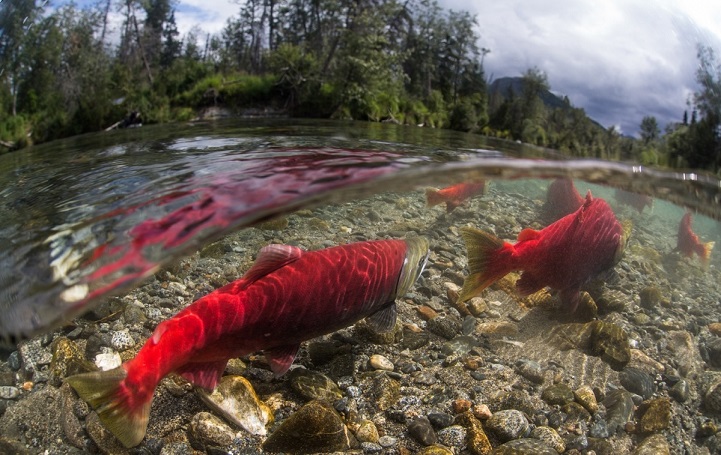 Flying high over Lake Iliamna, Alaska, photographer and filmmaker Jason Ching has captured stunning drone footage of an annual salmon run in the area. Following the crew of the Alaska Salmon Program as they perform sockeye salmon surveys, the footage collected shows one of the largest salmon returns in years. Sockeye salmon are typically born in freshwater lakes and streams, and then migrate to oceans as juveniles. After living a few years in the oceans, the fish then return to their natal freshwater in order to spawn offspring. These returns are brilliant and colourful displays of natural instinct driving hordes of salmon.

Ching works in Alaska as a research scientist with the Alaska Salmon Program/Fisheries Research Institute through the University of Washington. He has made use of the stunning natural environment to hone his skills and develop his talent as a nature photographer. Documenting the wildlife and landscapes that he encounters in Alaska, Ching produces visual media for education and environmental outreach programs. His vivid creations are useful platforms for engaging the public and inspiring further appreciation of our environment and natural resources. 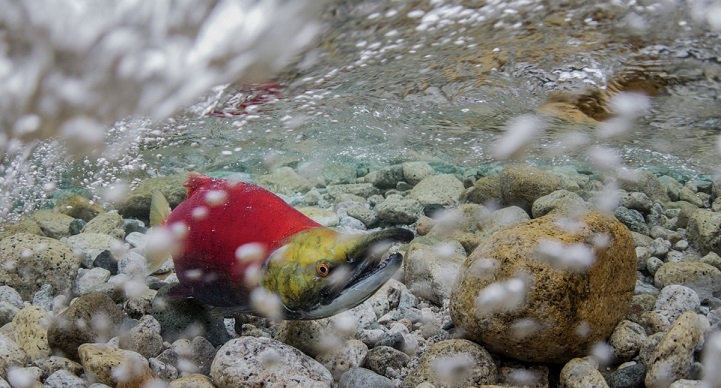 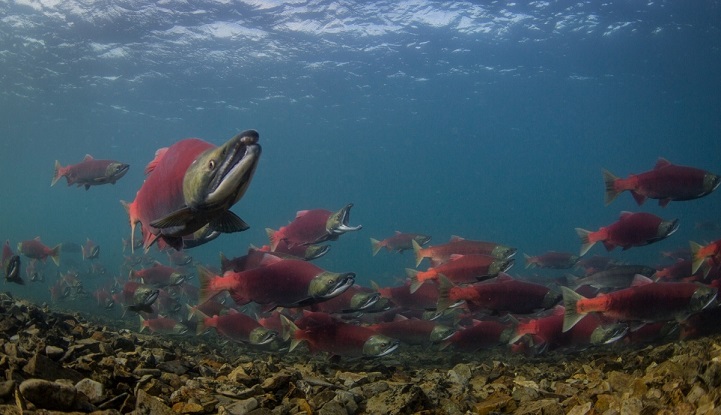 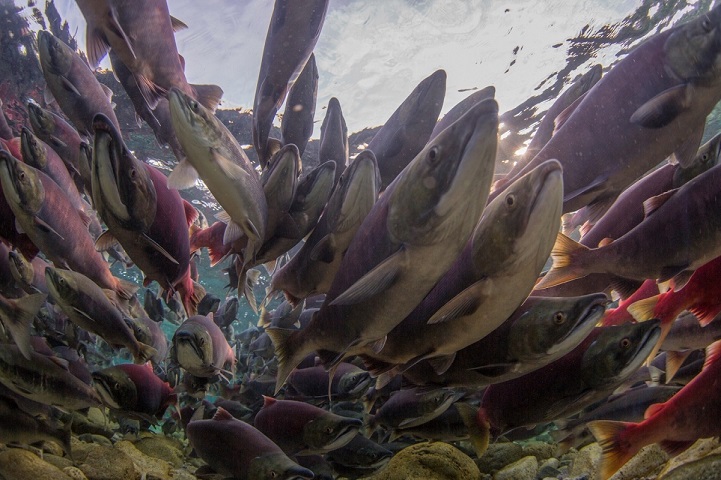 All images via Jason Ching.