Sinuous Animal Sculptures Made Out of Foraged Wood and Metal Scraps 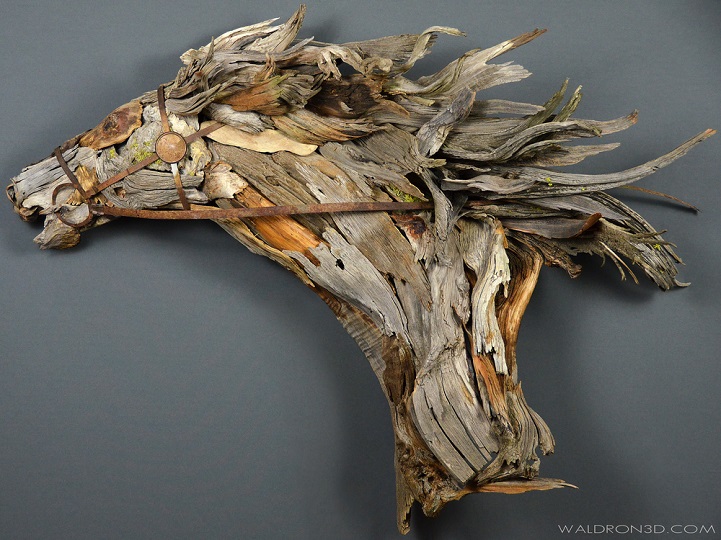 Jason Waldron integrates a deep appreciation for wildlife and nature into his weathered wooden sculptures. Built using materials found scattered around his home in Central Oregon, Waldron recycles bits of wood and metal parts into creative, free flowing arrangements. Waldron believes that art is first and foremost a reflection of the artist, and thus uses his sculptures to represent personal and spiritual transformations within himself.

From early on, Waldron had a desire to pursue art professionally, but it was only after he stumbled across a wood carving demonstration that he discovered his medium. “I got a log from a friend and picked up a cheap electric chainsaw and started carving a great horned owl swooping in for its prey,” he explains. “I loved it so much that I quit my job the next day, which was over 14 years ago.” As he has developed his skills, Waldron has moved towards a more additive style of building sculptures, as opposed to the primarily subtractive carving technique he began with. After years of artistic maturation, Waldron is now able to extract intricate shapes and designs from the pieces of wood he forages.

His sinuous creations seem almost alive, as the wood lends itself to a sense of animation and spirit. For Waldron, his lively wooden constructions are a means of uniting his audience and creating a dialogue in the community. 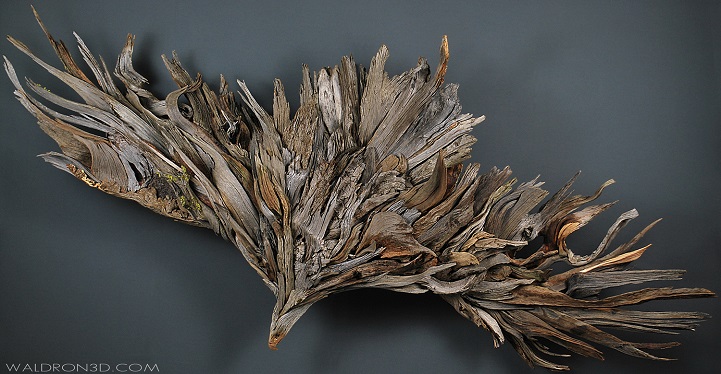 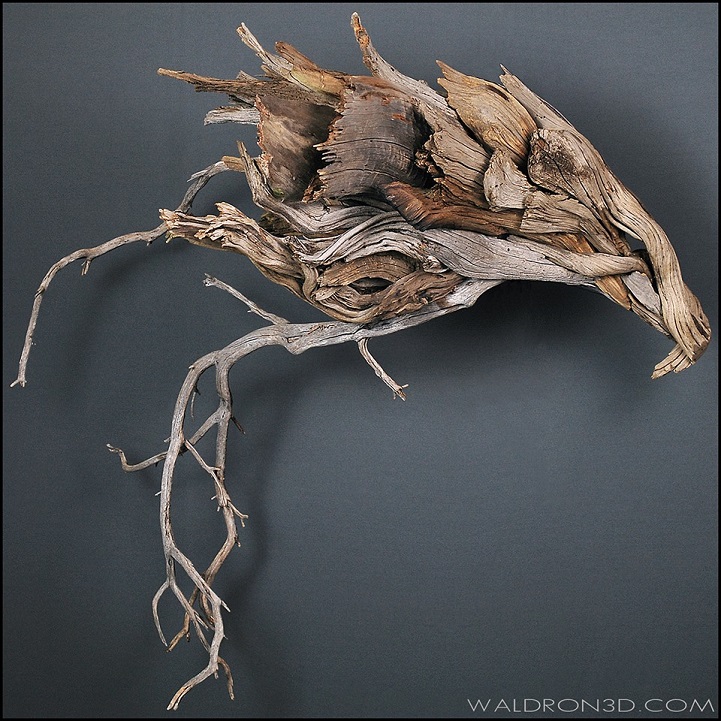 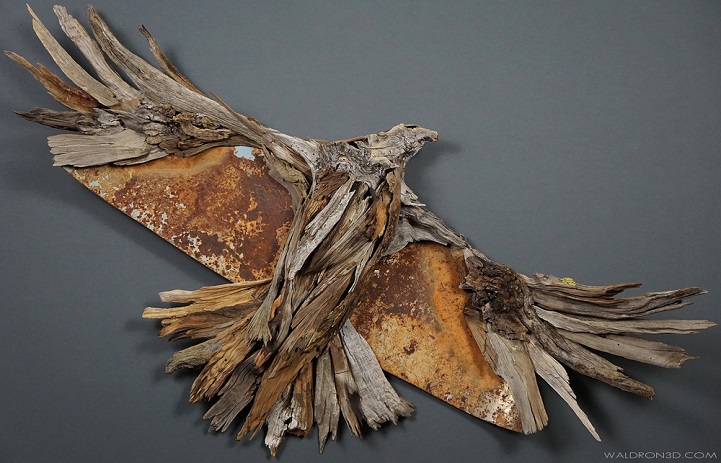 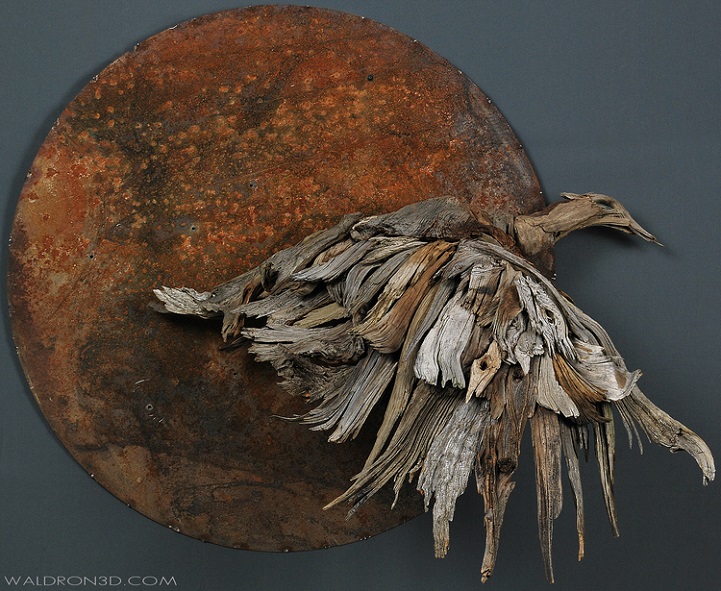 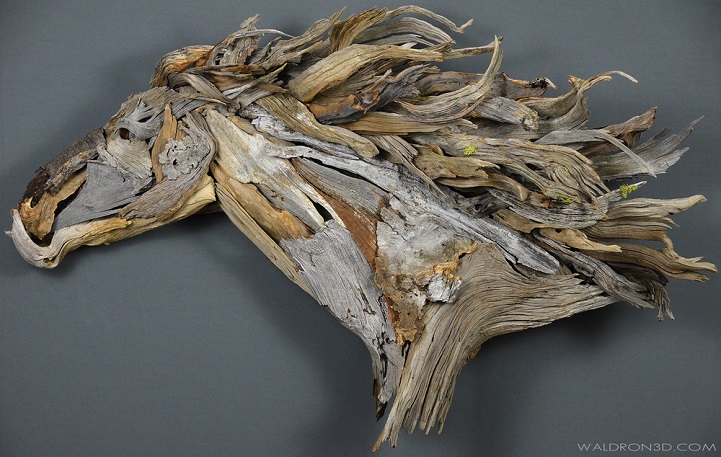 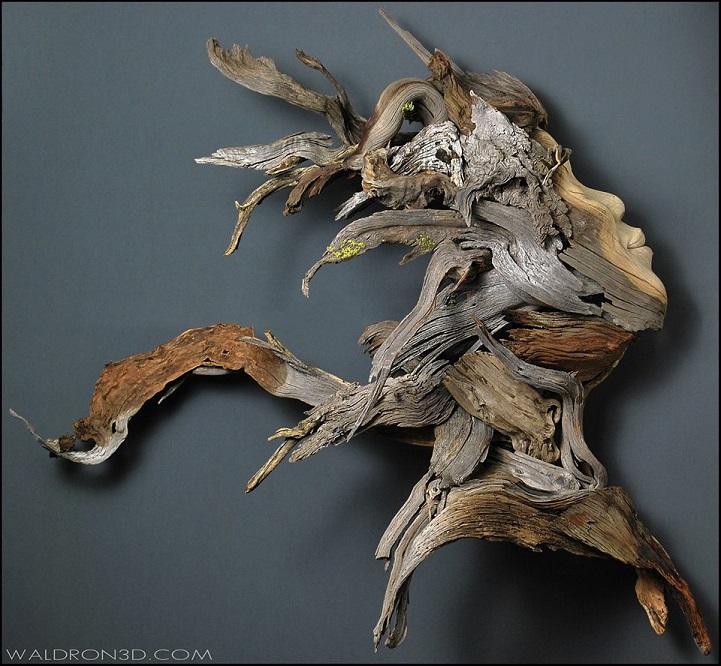