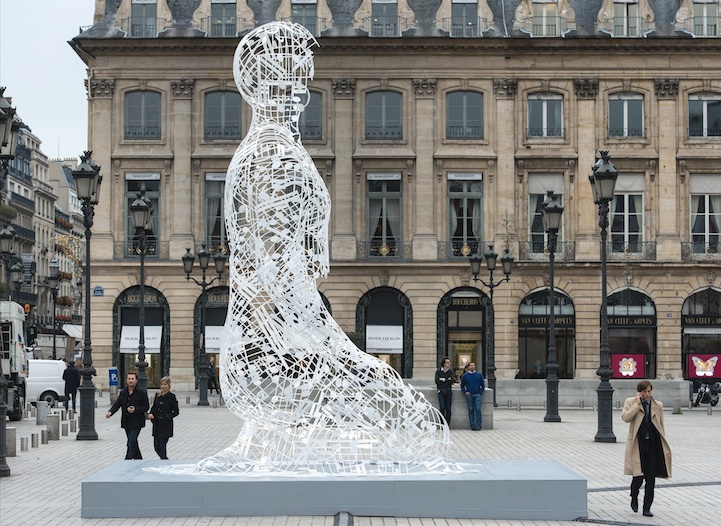 In 2011, more than 250,000 people viewed Jaume Plensa's otherworldy sculptures at Yorkshire Sculpture Park, making it the Park's most popular exhibition ever. His first major showing in the UK, it consisted of surreal depictions of human bodies and heads made in metal.

Plensa is back, presenting three sculptures for this year's FIAC, Paris's premiere art fair that officially begins October 18 and runs through October 28. As part of this year's event, Plensa is displaying three monumental sculptures outdoors at Place Vendme, a beautiful square rich with history. (Today, the public square, which has a statue of Napoleon in its center, is known for the high end stores that surround it.)

Among the three works is Istanbul Blues, a gigantic new sculpture of a man sitting, witnessing urban life. Completed in August 2012, the 6.5 meters high (or approximately 21 feet) all white figure is made up of music notes. According to the artist, music is part of a universal language that allows the entire humanity to communicate. 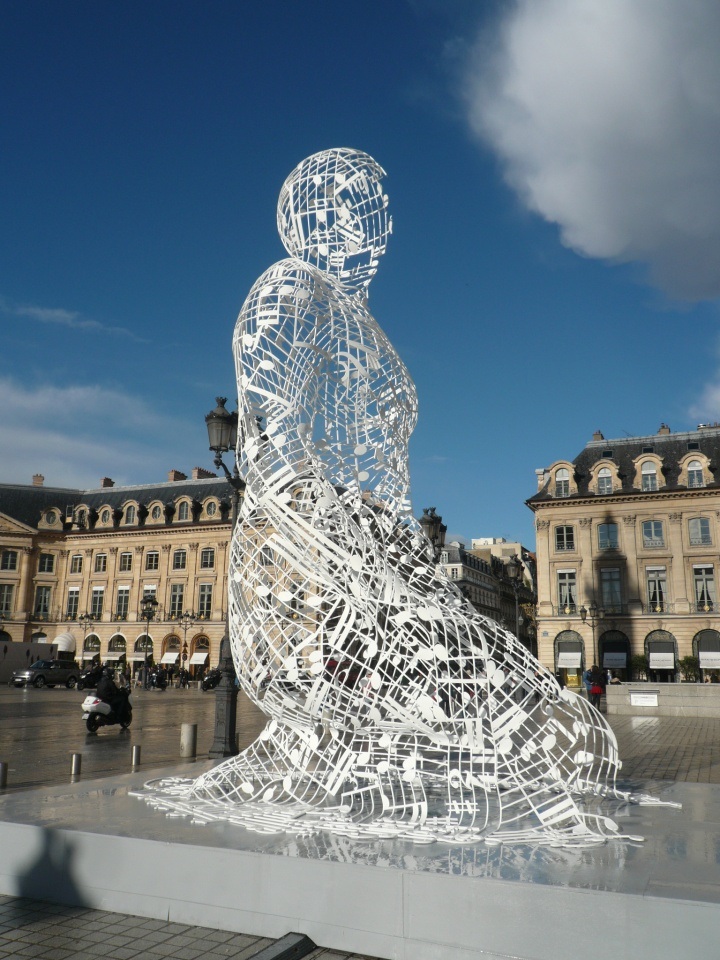 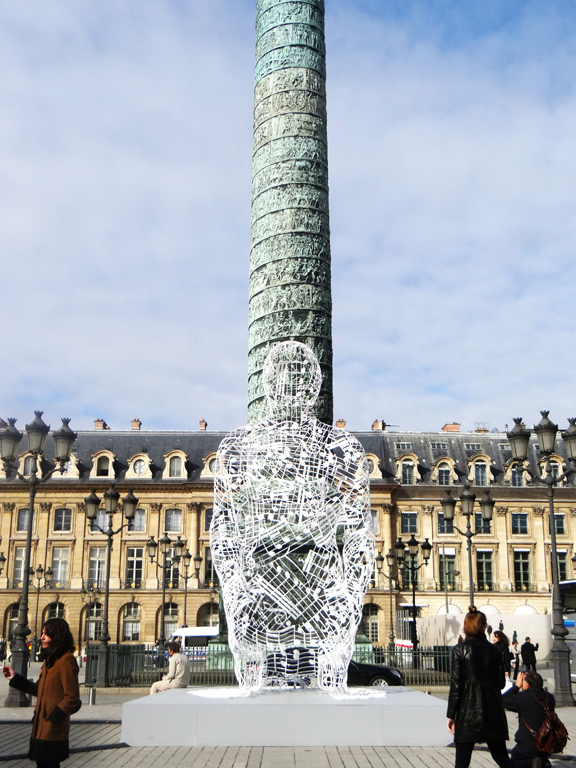 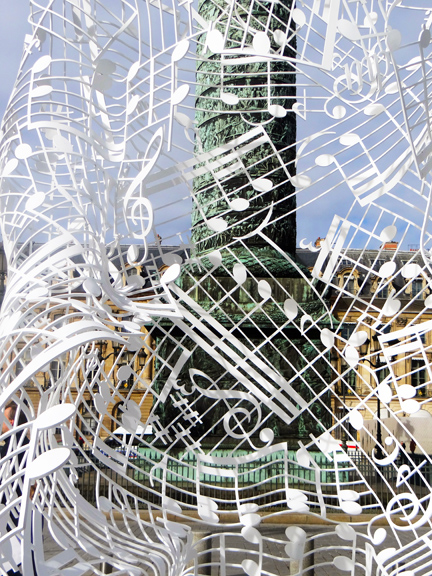