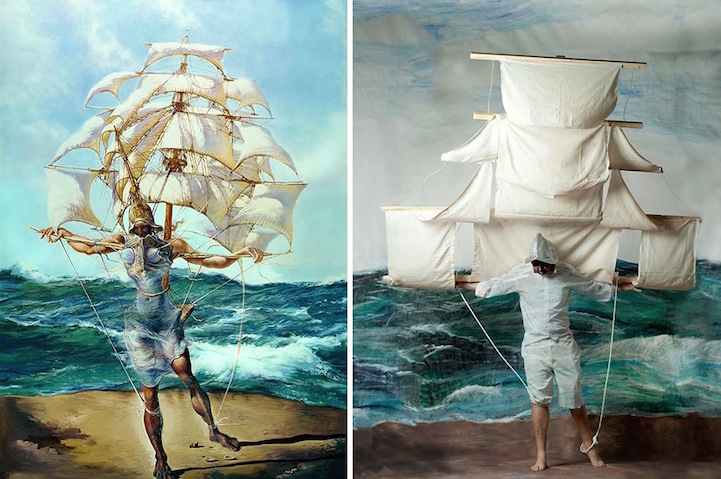 In 2011, Booooooom creator Jeff Hamada began The Remake Project, a competition that challenged professional and amateur artists to recreate their favorite old master paintings as contemporary photographs. The results were fantastic, as creatives painted their bodies, concocted elaborate sets, and struck a pose just like their classic counterparts. Several years later, this project has taken its next logical step as a publication released through Chronicle Books titled Remake: Master Works of Art Reimagined.

This book features a side-by-side look at submissions from the contest, and they offer an incredible range of photographic interpretations. Some artists reenact the scenes flawlessly, while others present a looser comparison, opting to capture the essence of the piece rather than an exact depiction. Whatever the style may be, the photos are a clever way to remember and reinvent art history. Remake: Master Works of Art Reimagined is currently available through the Colossal Shop. 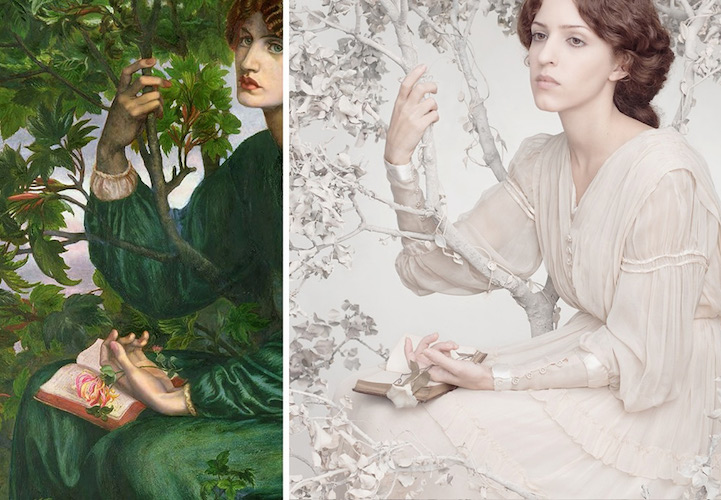 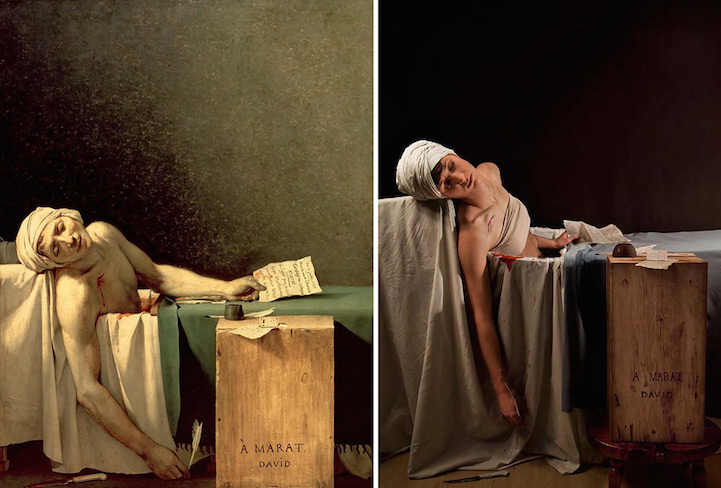 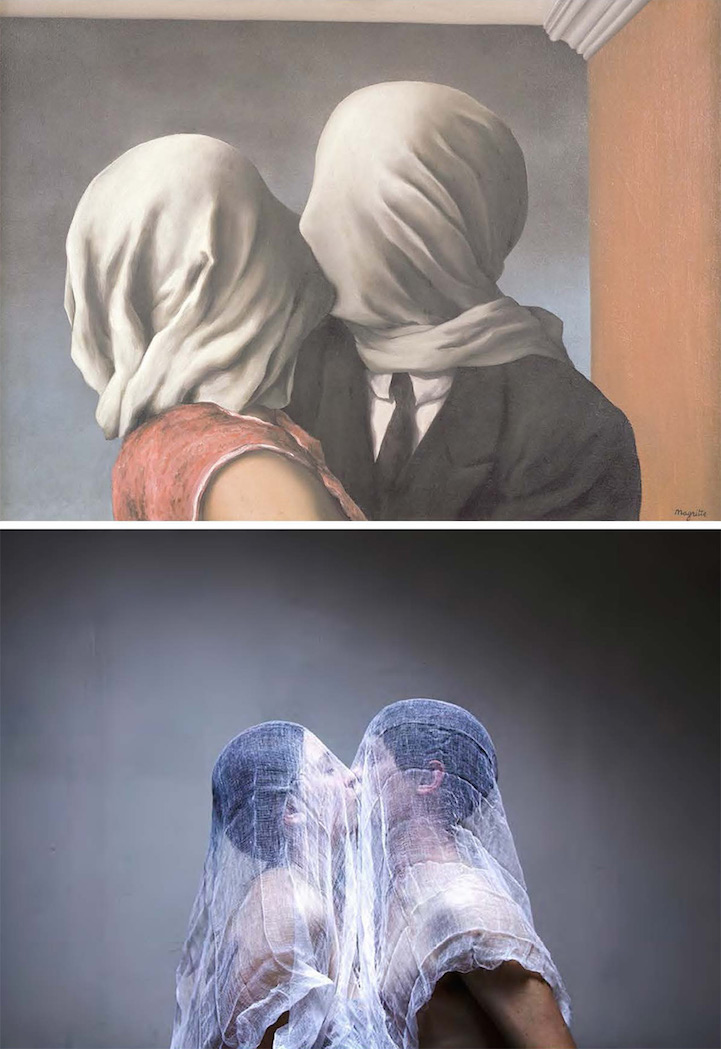 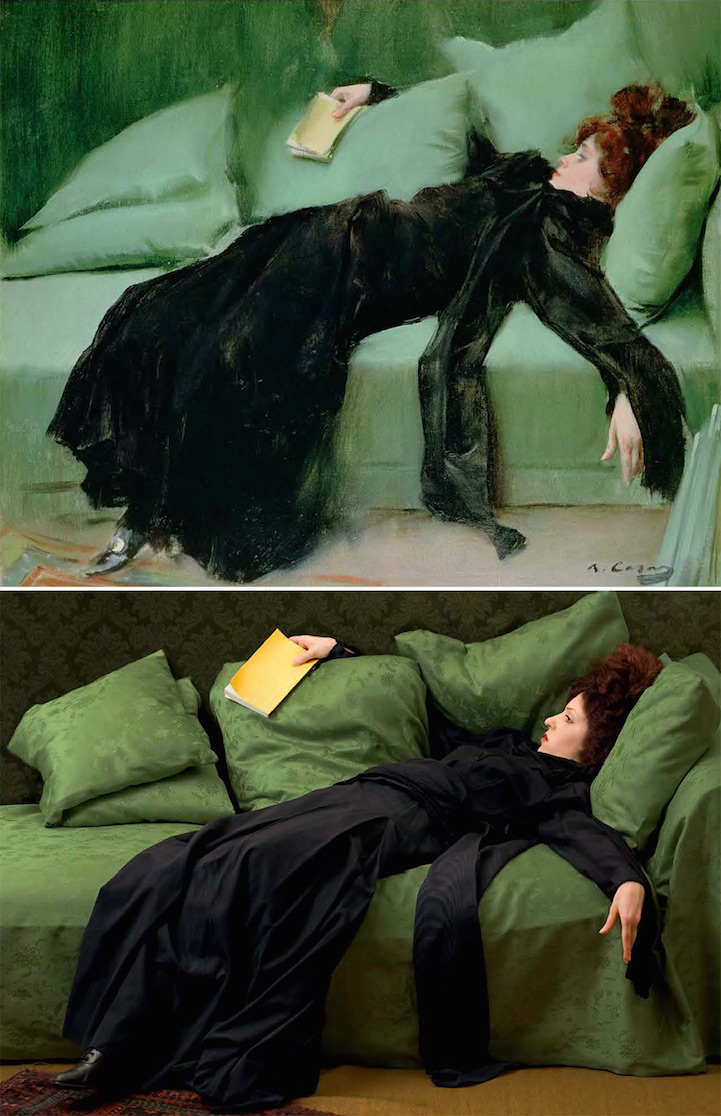 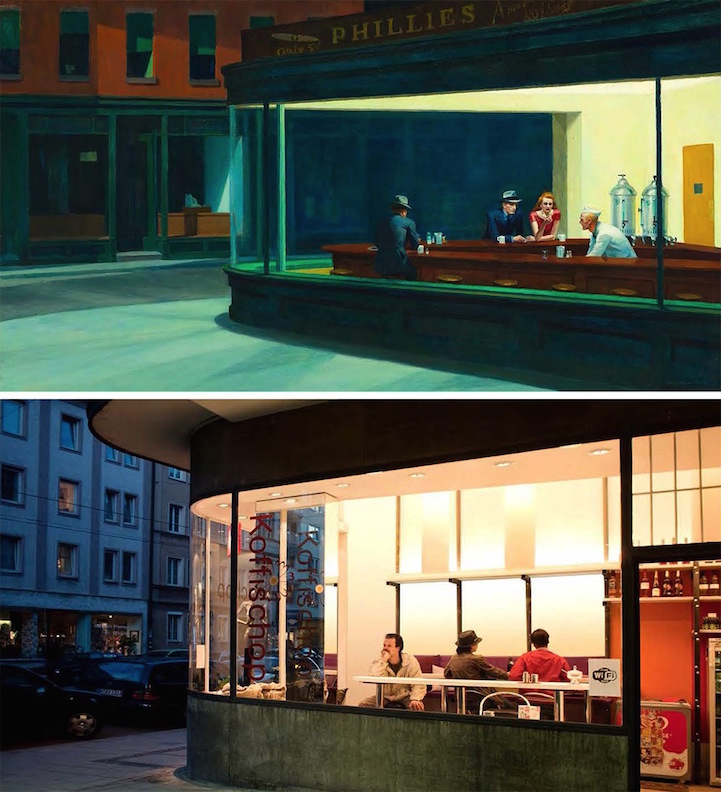 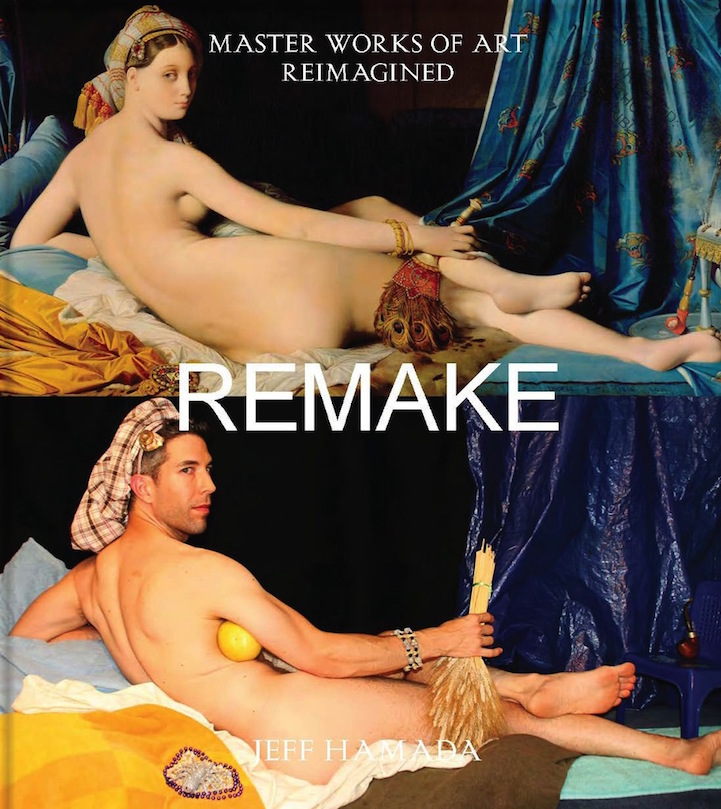