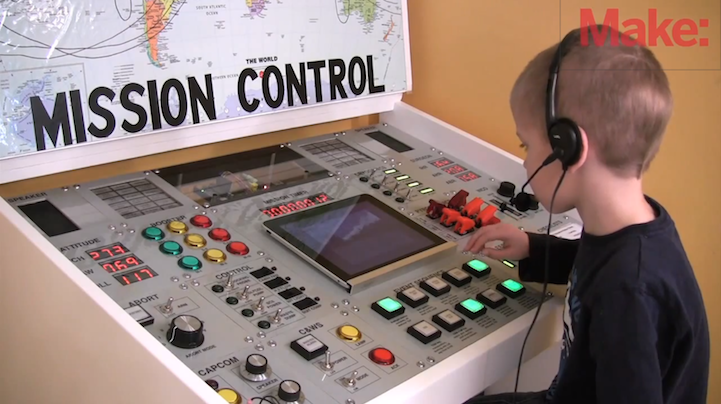 When Jeff Highsmith's son started school and needed desk, he decided that he'd build it himself. Instead of constructing the typical table, however, the handy dad provided a surface for homework but added in some major fun for once it's done. Inspired by a family trip to the Kennedy Space Center last summer, Highsmith researched NASA's Apollo Program and the Mission Control Center. Taking some visual cues from them, he designed a relatively simple hinged top desk that folds open to reveal an entire imaginative Mission Control, complete with look-alike buttons, triggers, covered switches, and an iPad display.

Now, after the math problems are complete, Highsmith's son can run his own mission control. Just like the real thing, he hooks up his headphones and mic, performs a launch sequence checklist, and observes the levels of things like oxygen and hydrogen in the “spaceship.” The desk is completely hand wired and programmed, so that means buttons really light up and make noises (including sound bites from NASA). Highsmith also included secret triggers and mission mishaps to shake up playtime, like a simulated lightning strike that happened to Apollo 12 in 1969. And, when it's time for bed, his son shuts everything down by simply pressing the “Abort” button.

It goes without saying that Highsmith put in an incredible amount of effort into building this desk. Watch the video below, created by MAKE, and you'll see all of the planning, wiring, and construction that went into it. At the end of
it, he laments that what his Mission Control is missing the most is an astronaut to control. But, don't worry – he already has that in the works. 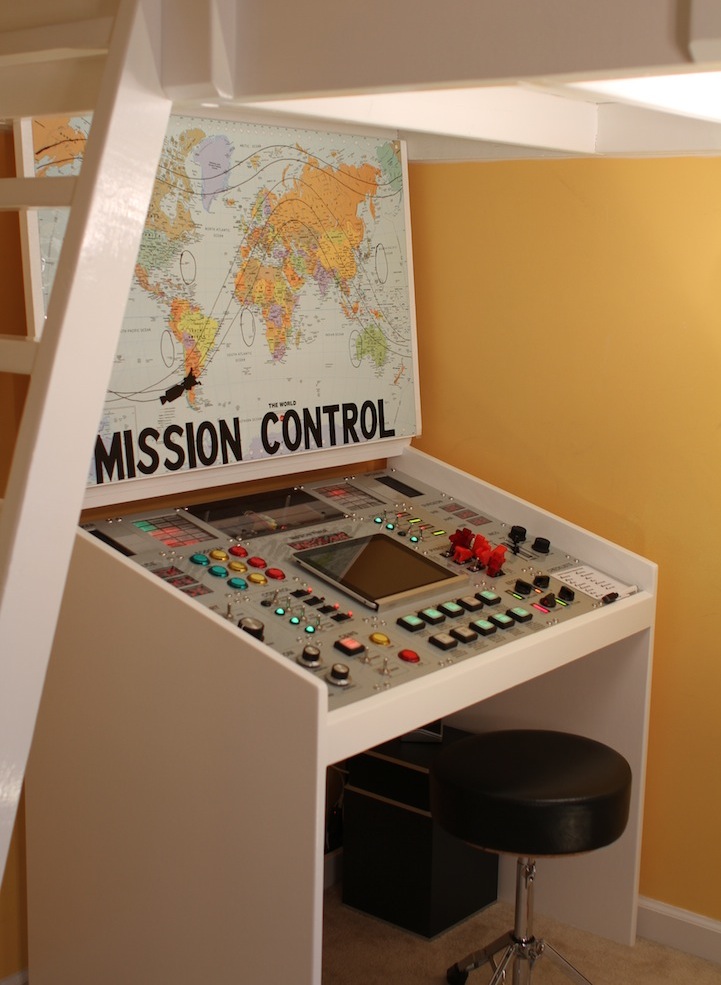 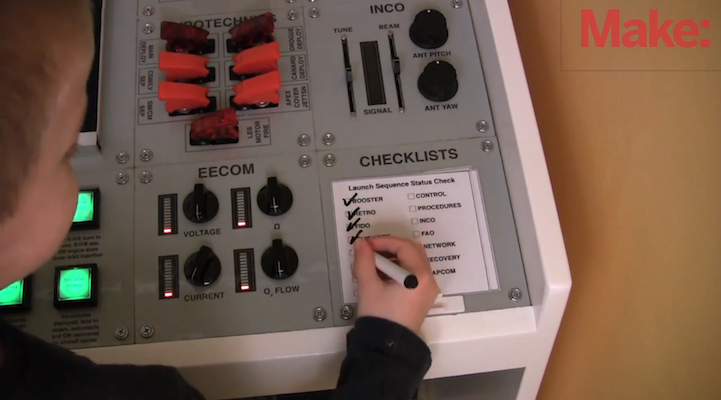 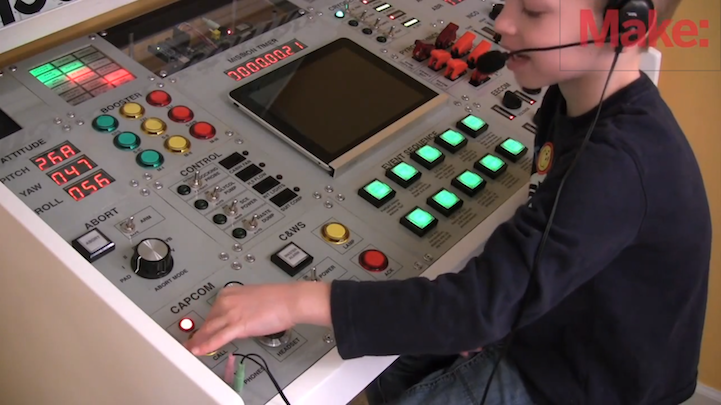 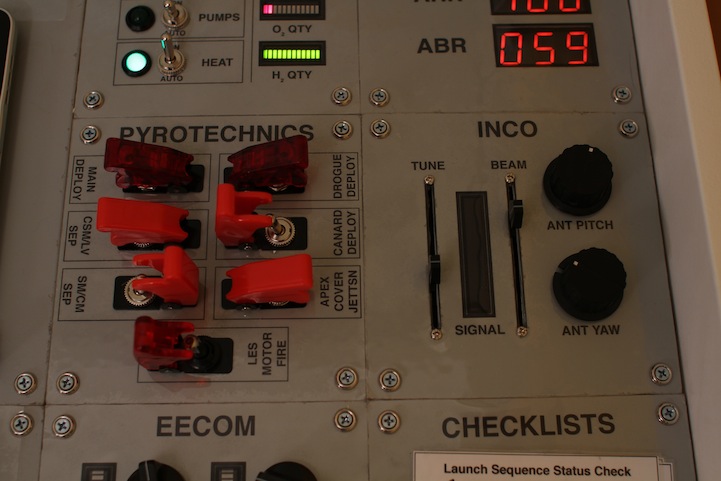 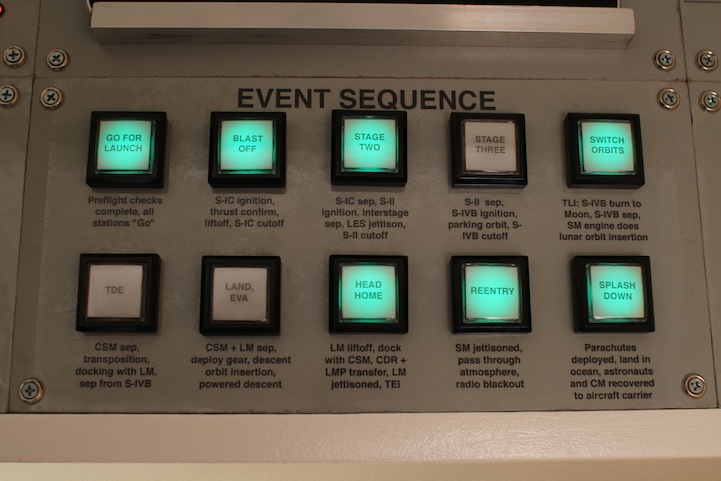 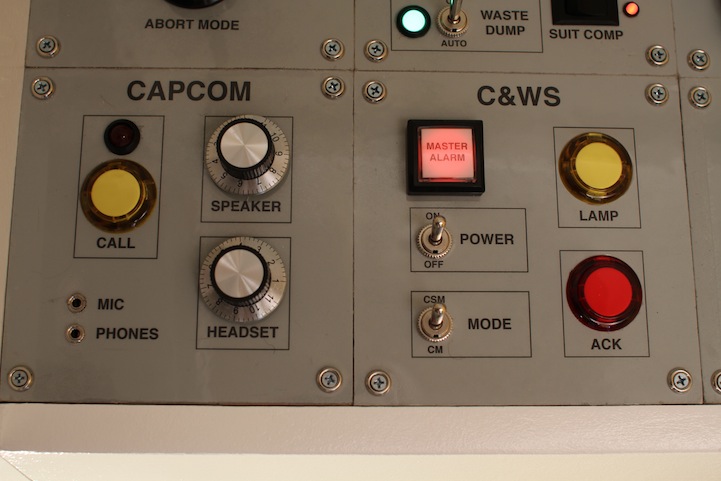 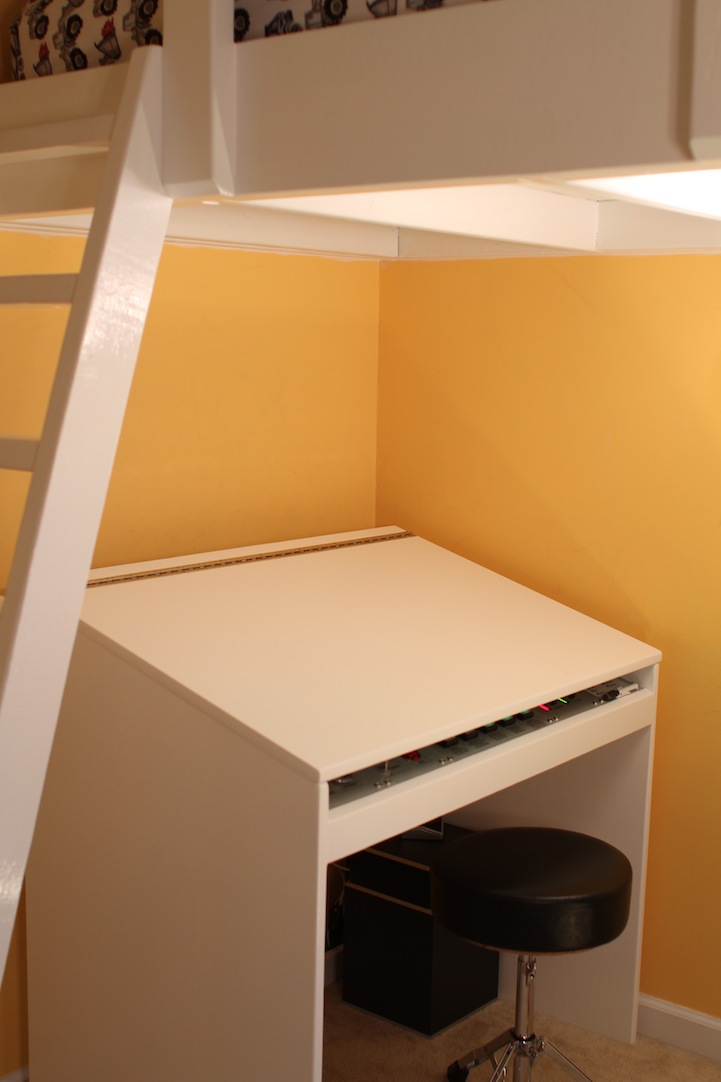 Thanks for the tip, Mikey!