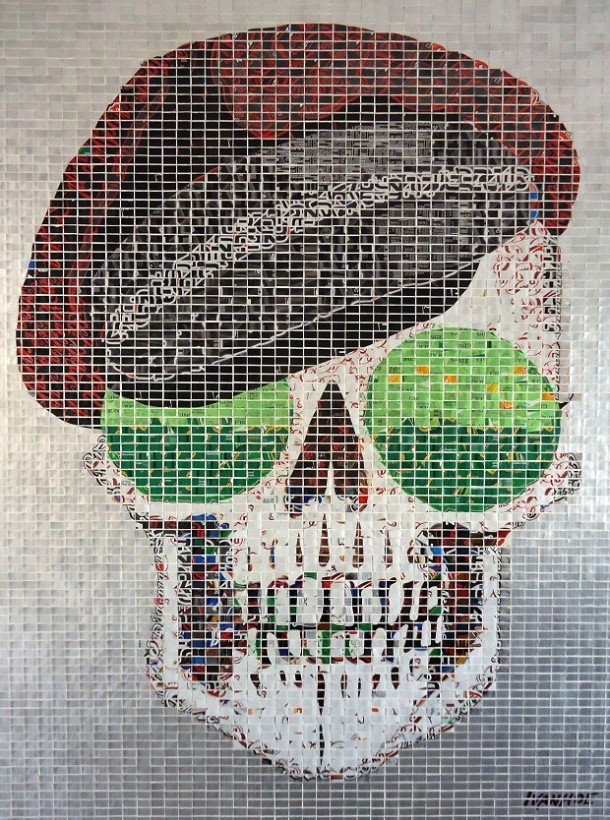 Reduce, Reuse, Recycle! Arizona-based artist Jeff Ivanhoe is the master of this catch phrase. He finds soda and beer cans from friends, family, recyclers, and stores and reuses them by turning them into these incredibly inspiring mosaics. His background in art, advertising, and art direction, combined with his wife's talents as a designer and art director led them to the discovery of this art form and they dubbed it AluMosaics. The art form is like a modern take on pointillism. From a distance, the eye blends the colors together to form the image but, up close, each tile stands distinctly separate from the others and the details of each original aluminum can stand out.

With an Xacto knife and a straight edge, Ivanhoe cuts the cans into flat tiles and glues them together into patterns that create interesting subjects like The Statue of Liberty, classic 1950's and 1960's cars, and portraits including Elvis and Jim Croce. His very first piece, Yellowfeather, had to be thrown away due to mold but he has since improved his sealing techniques and his pieces are now long-lasting. He rocks out to Bob Seger, Elton John, Chicago, and The Bee Gees while he works at all hours of the day for 3-4 hours at a time. He said, “What inspires me the most these days is when initially I don't think that I can do something. At first I am frustrated, but soon determination takes over and I attack.” 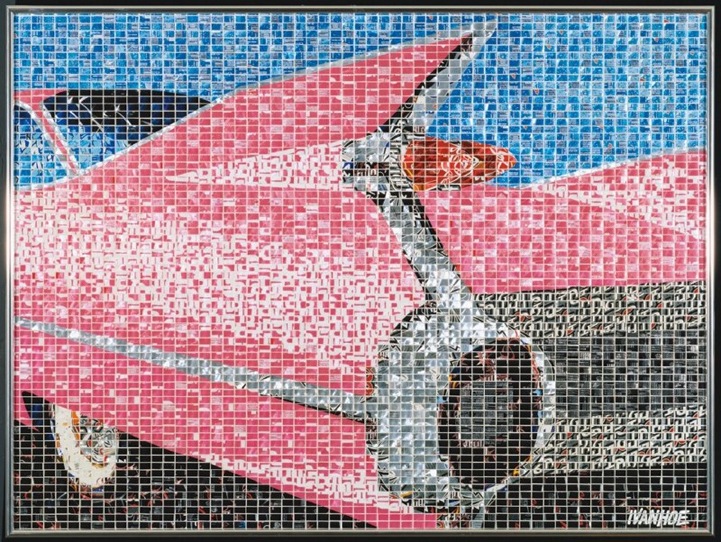 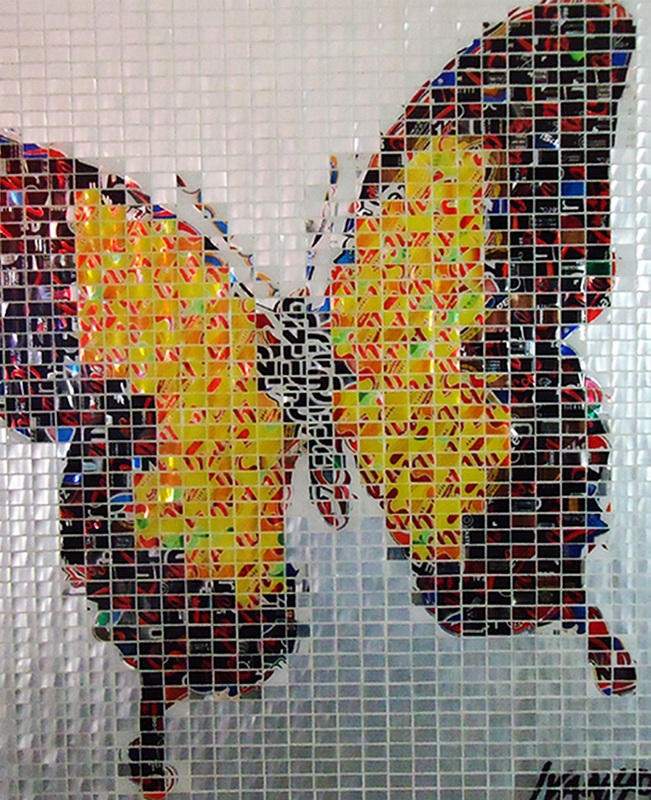 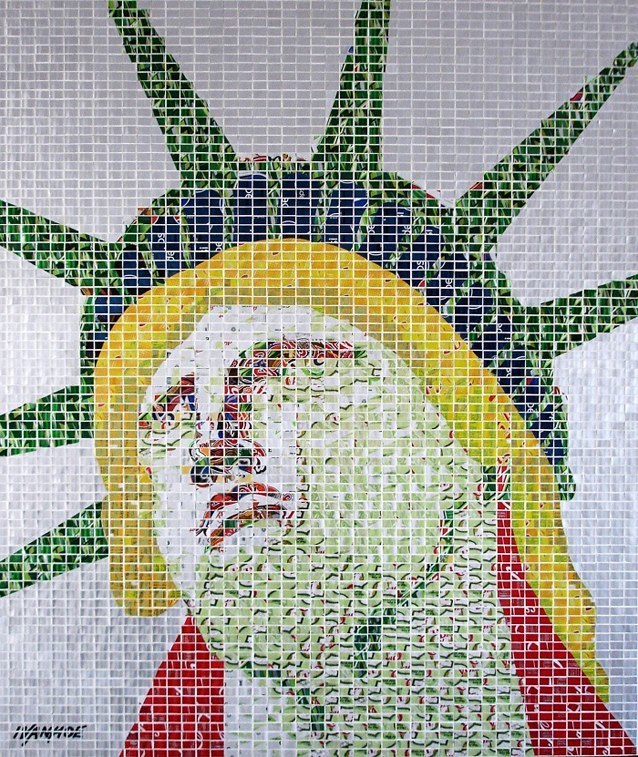 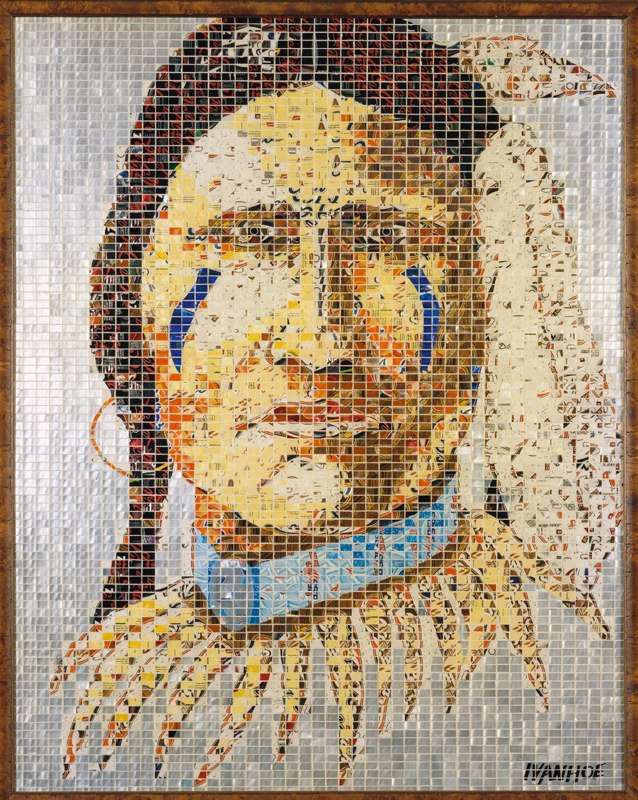 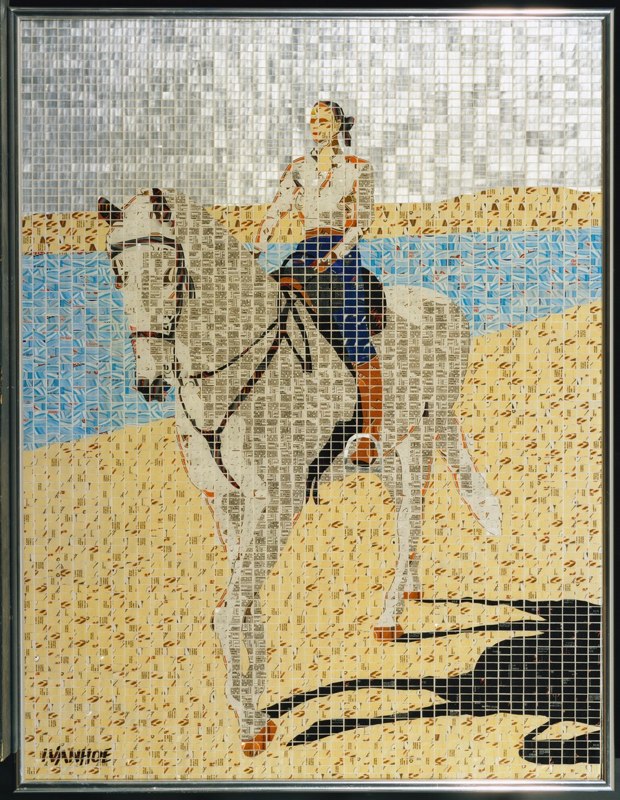 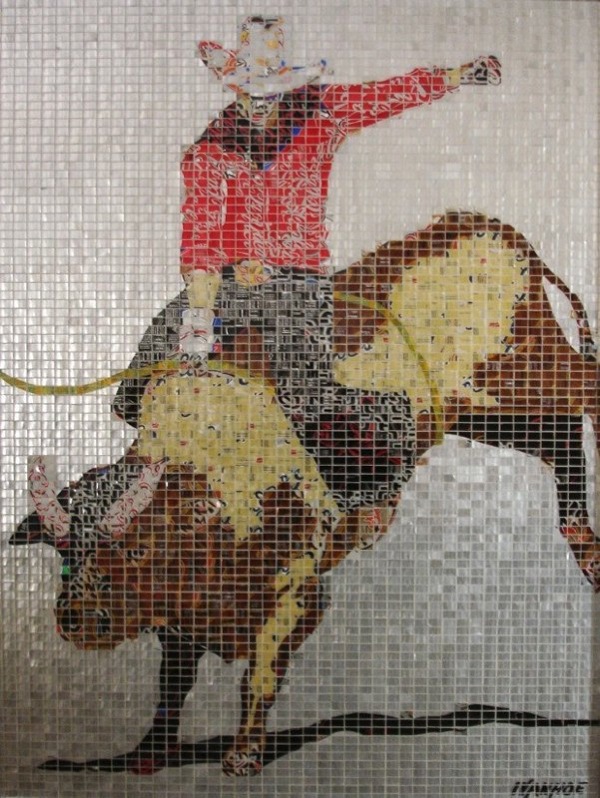 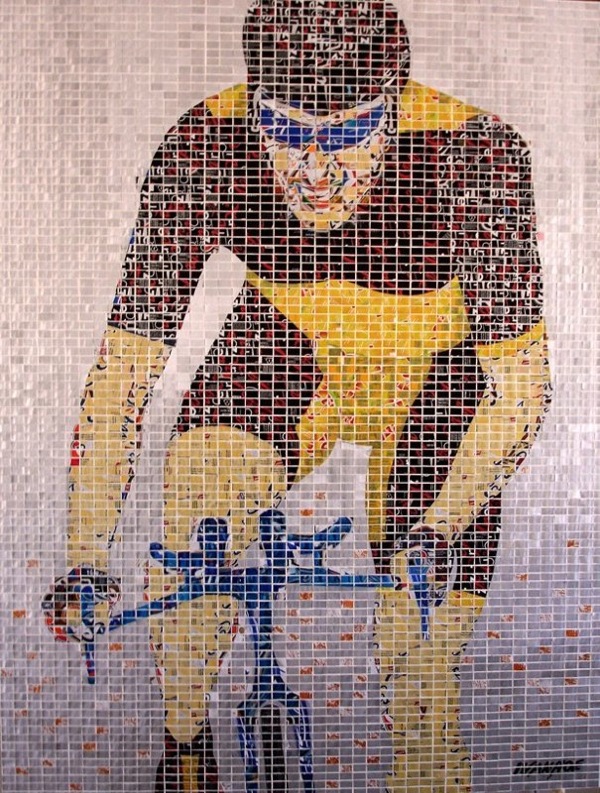 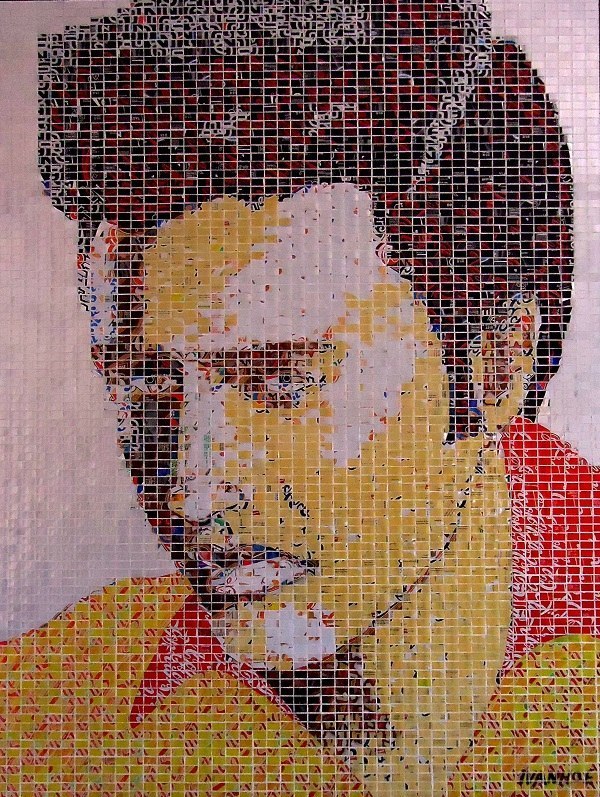 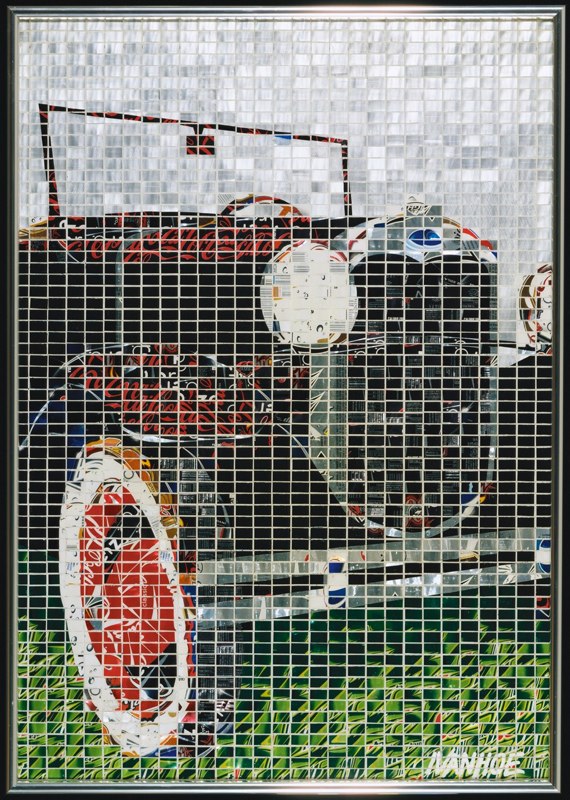