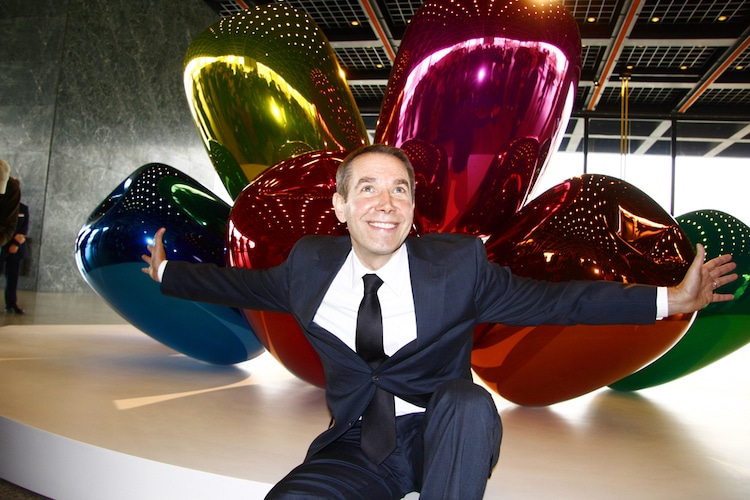 Jeff Koons has reclaimed his title as the living artist with the world's most expensive artwork sold at auction. The triumph comes after his 1986 stainless steel sculpture Rabbit fetched $91.1 million—including fees—at Christie's Post-War and Contemporary Art sale in New York.

The record is one previously held by the controversial artist, whose love it or hate it work has made him one of the most talked about artists of the 20th and 21st centuries. Koons first took the title when his Balloon Dog installation sold for $58.4 million. He held onto the honor for 5 years until painter David Hockney's Portrait of an Artist (Pool with Two Figures) sold for $90.3 million, including fees, in November 2018.

Rabbit, which stands at 3 feet high, is one of Koons' most iconic works. The minimalist stainless steel bunny is at once playful and menacing, as Koons plays with nostalgia while giving the work an edge. While some critics first dismissed the work as frivolous, its staying power is undeniable. It even made an appearance as a balloon in the 2007 Macy's Thanksgiving Day Parade.

“I think the Bunny works because it performs exactly the way I intended it to,” Koons says of Rabbit. “It is very seductive shiny material and the viewer looks at this and feels for the moment economically secure. It’s most like the gold- and silver-leafing in church during the baroque and the rococo. The bunny is working the same way. And it has a lunar aspect, because it reflects. It is not interested in you, even though at the same moment it is.”

This early work would also be the predecessor to Koons' iconic Celebration sculptures, which includes Balloon Dog—one of the world's most famous sculptures. Its shiny, polished exterior has clear visual roots in Rabbit. Certainly the sculpture's influence on his oeuvre is just one of many reasons why it performed so well at auction. Now that Koons is back on top of the art market, collectors and critics will surely be watching to see how long he can last and who will be able to top him at auction.

Most Expensive Piece of American Comic Art Ever Sold