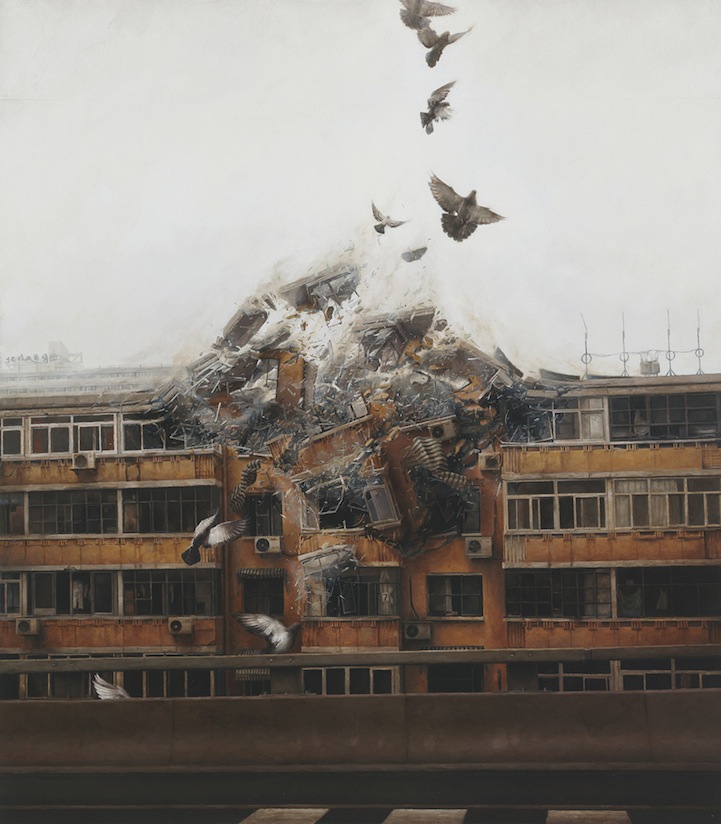 An exciting new show is coming to New York at the Jonathan Levine Gallery this Saturday, October 20. In his first solo exhibition in the United States, Melbourne, Australia-based artist Jeremy Geddes will be showing exhale, a series of hyperrealistic paintings that all have a surreal element to them. It includes Cluster (immediately below), a complex painting that shows a human being, duplicated and wrapped up into a tight ball. Released back in February as a limited edition print, all 200 sold out in one day.

A few previously unseen paintings have just make their way onto the Internet today, including the one shown above called Begin Again. It shows a flock birds crashing into and out of the top of a building, sending dust and debris high into the air.

The gallery states, “exhale is a series of 17 paintings rendered in meticulous detail, an arduous process that combines scrupulous observation, fine brushwork and delicate layers of glaze. Geddes' work generates a tension between man-made environments in flux and the fragility of living bodies. Many of the works in the exhibition depict figures suspended in desolate urban landscapes or fractured environments that are in the process of falling apart.”

exhale will run from October 20 to November 17, 2012. On October 20, a print will be released at 1pm and, on that same day, the opening reception for the exhibition will be held from 6–9pm. 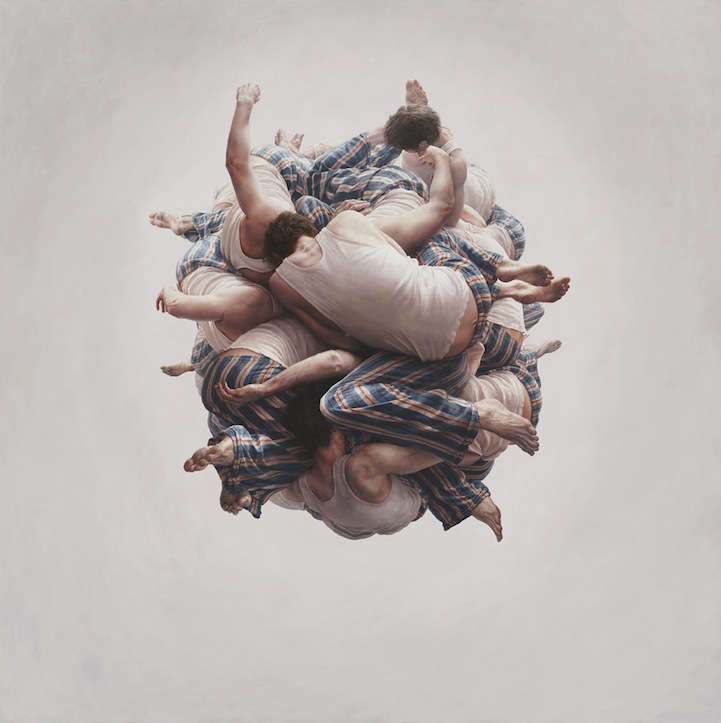 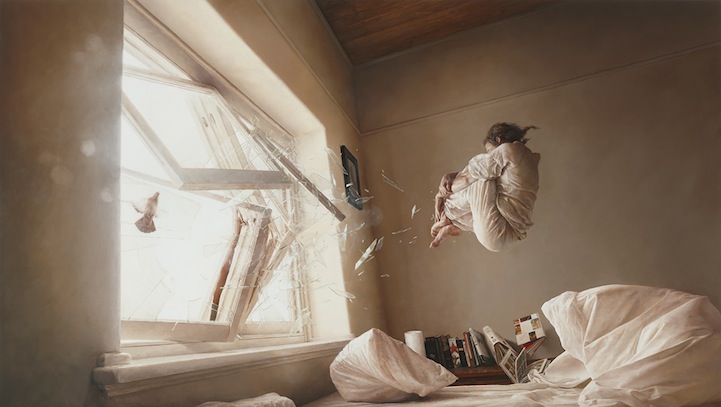 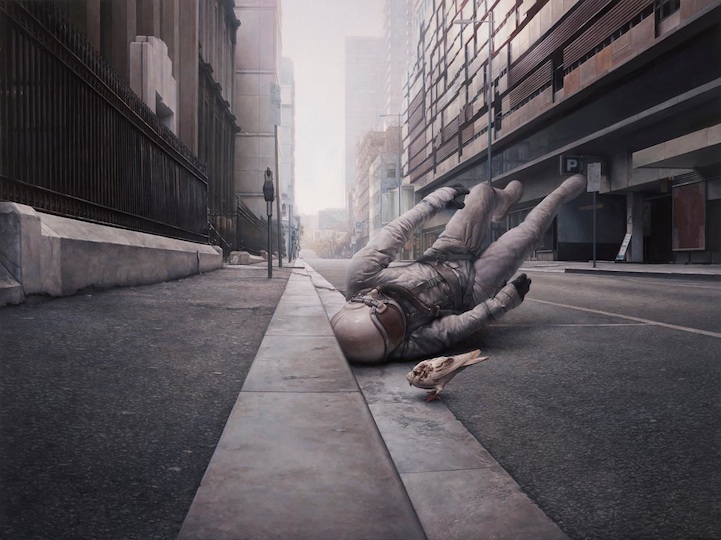 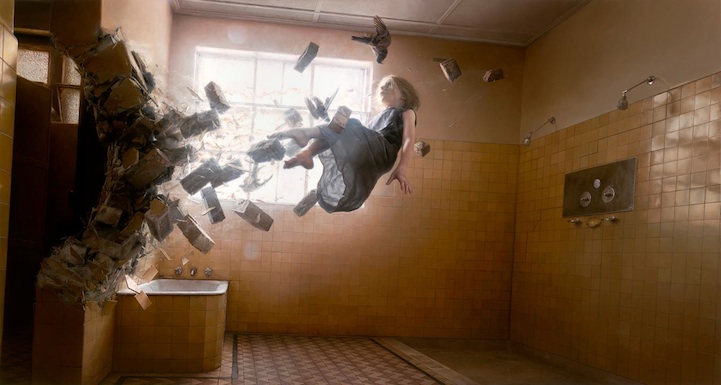 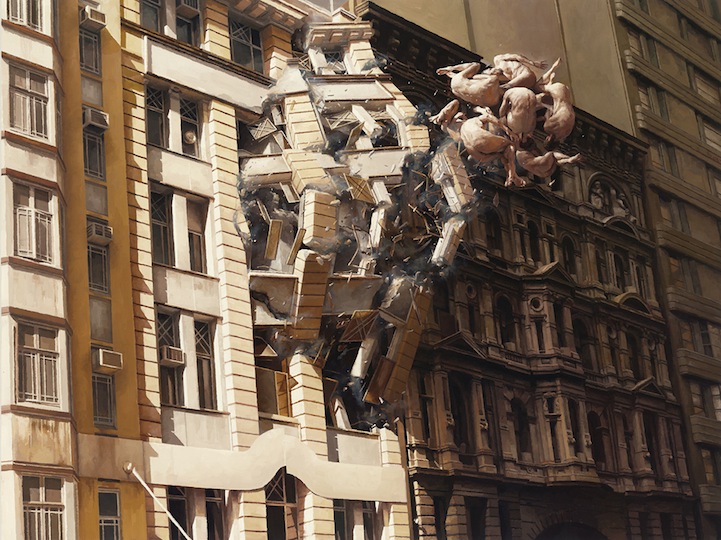