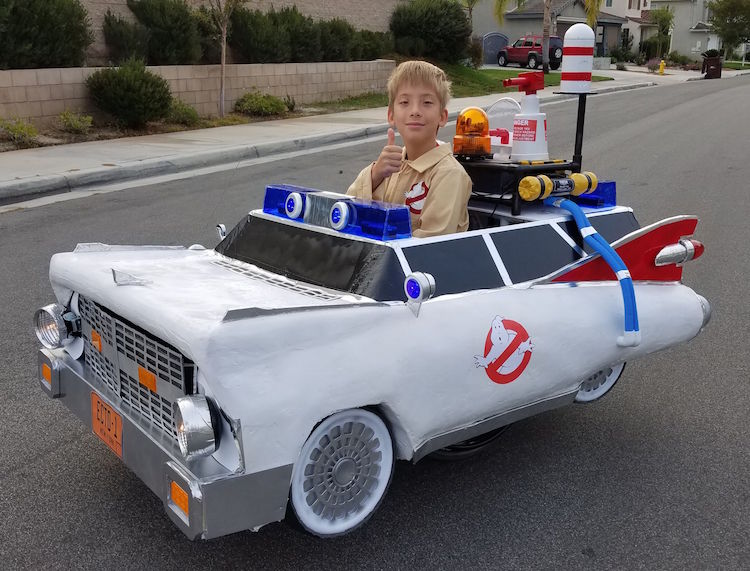 Born with spina bifida, 9-year-old Jeremy relies on his wheelchair to help him get around and do things that kids his age enjoy, like playing basketball. An unexpected benefit of using a wheelchair is that Jeremy can pull off the most epic Halloween costumes thanks to the creative custom designs made by his father, Ryan Scott Miller.

Every year, Miller has designed a custom-made vehicle from pop culture to affix to his son’s wheelchair—whether Jeremy is Luke Skywalker inside the Snowspeeder, Batman in the Batmobile, or Captain America riding a tricked-out motorcycle. For 2016, Jeremy is going as a Ghostbuster for Halloween—jumpsuit and all—and of course, the costume wouldn’t be complete without a model of the iconic ghost-fighting car, the Ecto-1.

Miller spent a month and a half working on the custom replica. “There were so many challenging parts to this costume, which is part of the fun, but by far getting the curve of the body was the hardest part,” he told CNET. The hard work paid off because the finished project is absolutely stellar! Miller was careful to include the finest of details—from the red fins to the “No Ghosts” logo to a fully stocked roof rack with ladders, canisters, a warning light, and a satellite dish. He even included a speaker to play the film's theme song and a siren. Come Halloween night, this car will be cruising down the Trick or Treat route with flashing lights and one happy little Ghostbuster, who will be ready to take your call if there's something strange in your neighborhood. 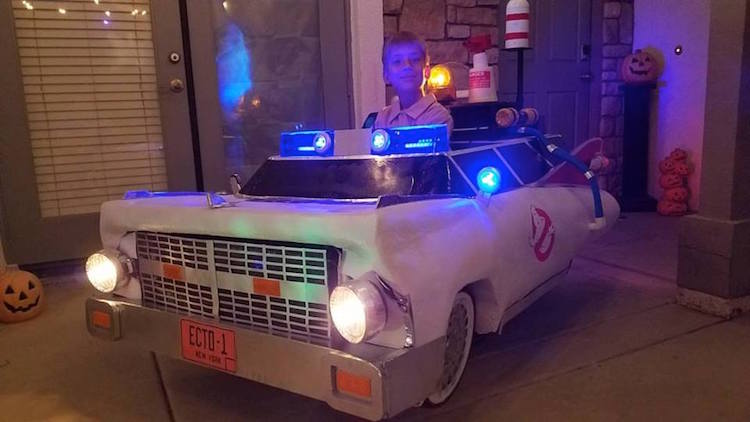 Check out more of Jeremy's epic Halloween costumes from past years: 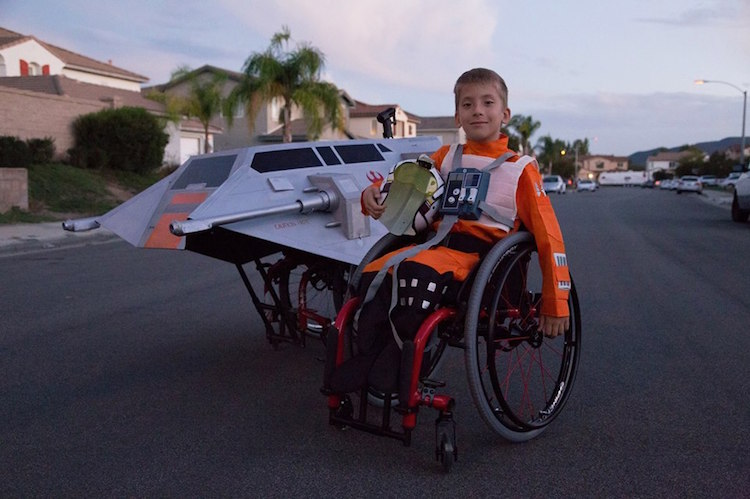 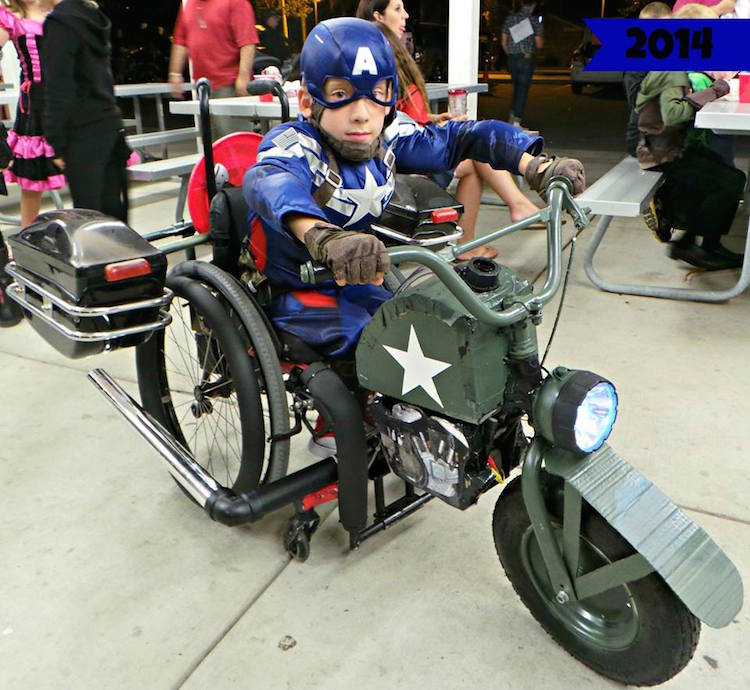 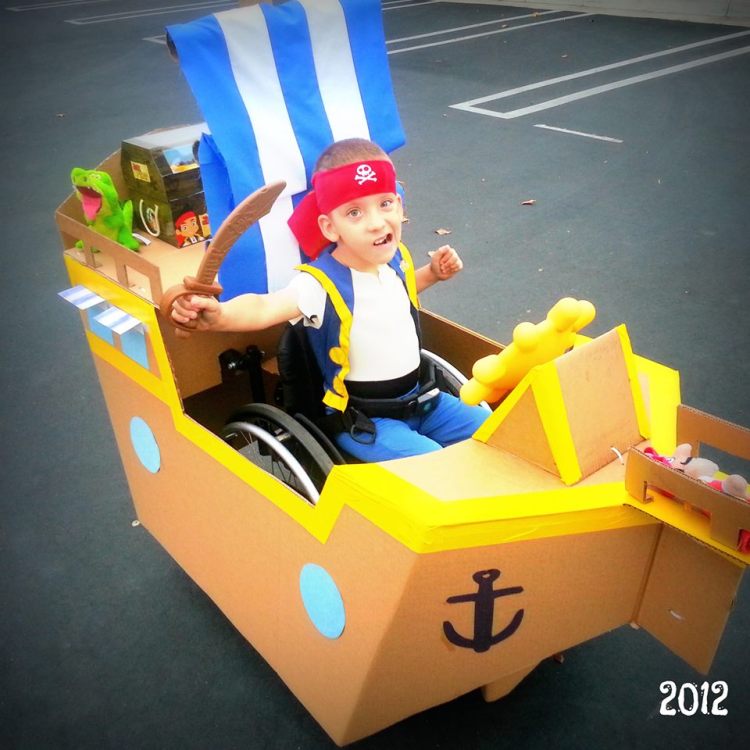 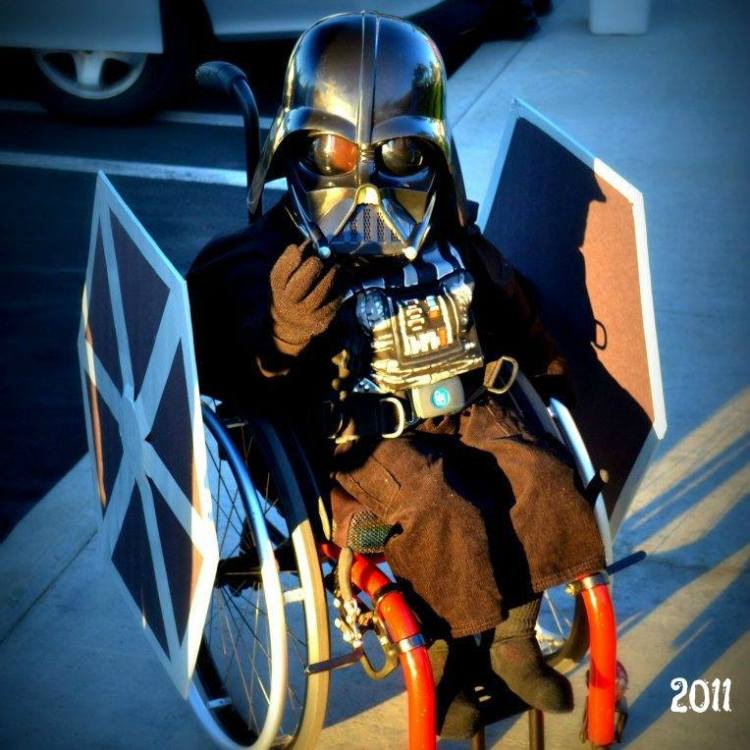 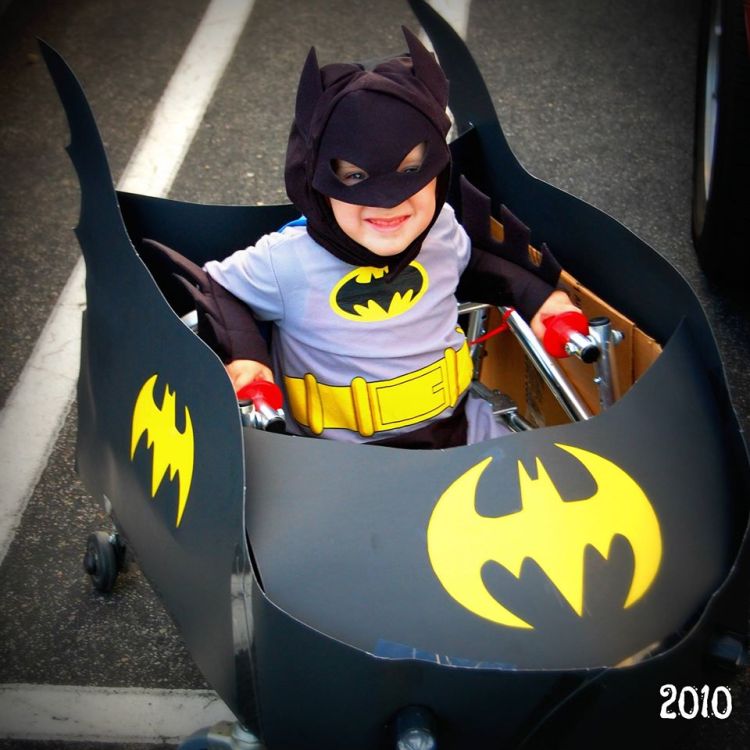