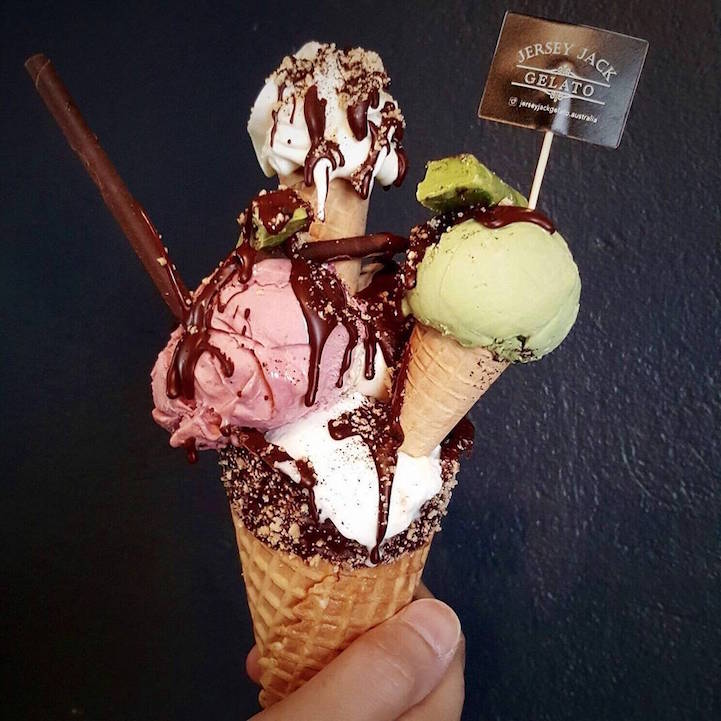 This past winter, Black Tap milkshakes stole our hearts with an ice cream treat that you have to see to believe—but it might’ve met its match. Rivaling this massive dessert is the Little Mostro created by Jersey Jack Gelato in Como, Australia. It begins with a massive chocolate-dipped waffle cone that’s loaded with three scoops of gelato and then topped with two mini waffle cones filled with whatever you like. Indulgent is an understatement!

We imagine it’d be hard to choose just three scoops—Jersey Jack boasts unique flavors you won’t find at an ordinary ice cream shop. One of their signatures is a Ferrero-flavored gelato that includes melted Ferrero Rocher candy in its recipe. Other incredible flavors include pear and caramelized fig, black sesame, and lychee.

The inclusion of the small cones is an added bonus for those braving this sugary beast—it acts as a reservoir for chocolate sauce that’s poured over the three scoops. Is it overkill? Perhaps, but the Little Mostro transcends ordinary ice cream and is a unique culinary experience. 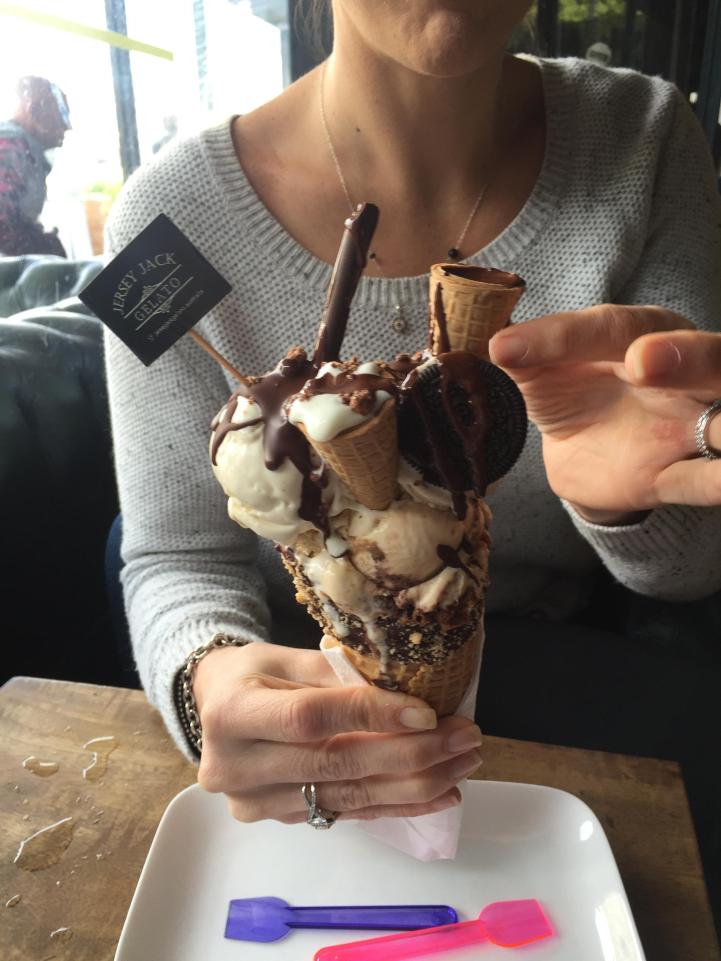 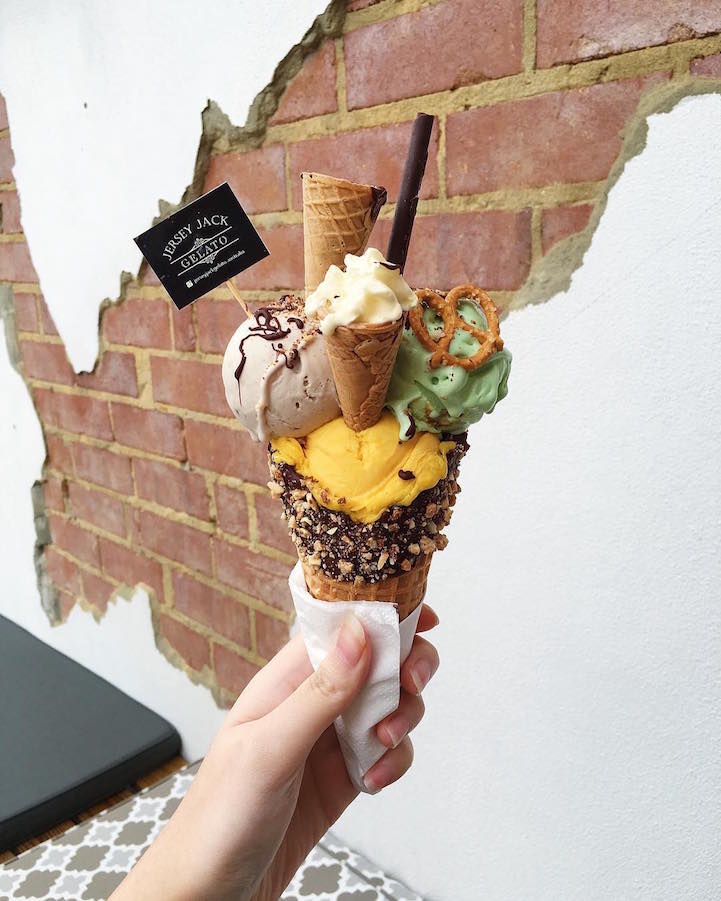 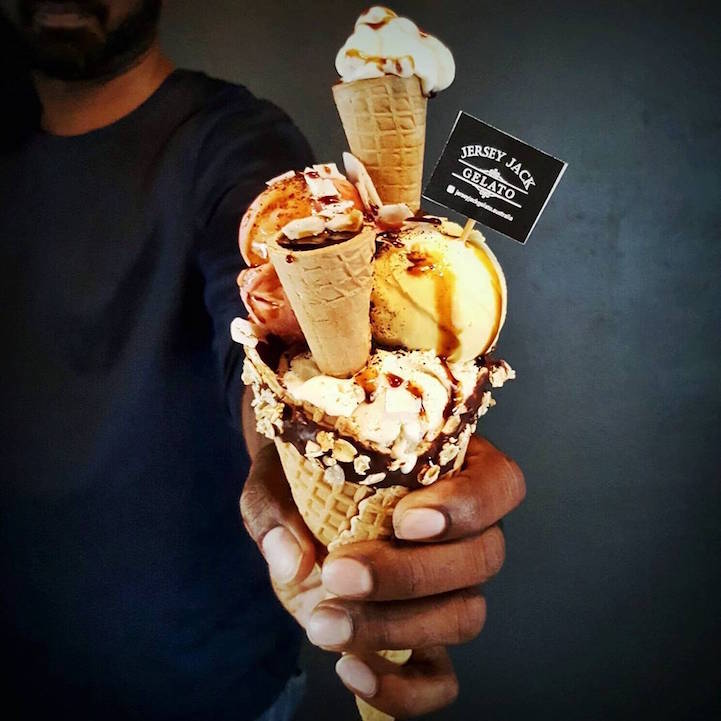 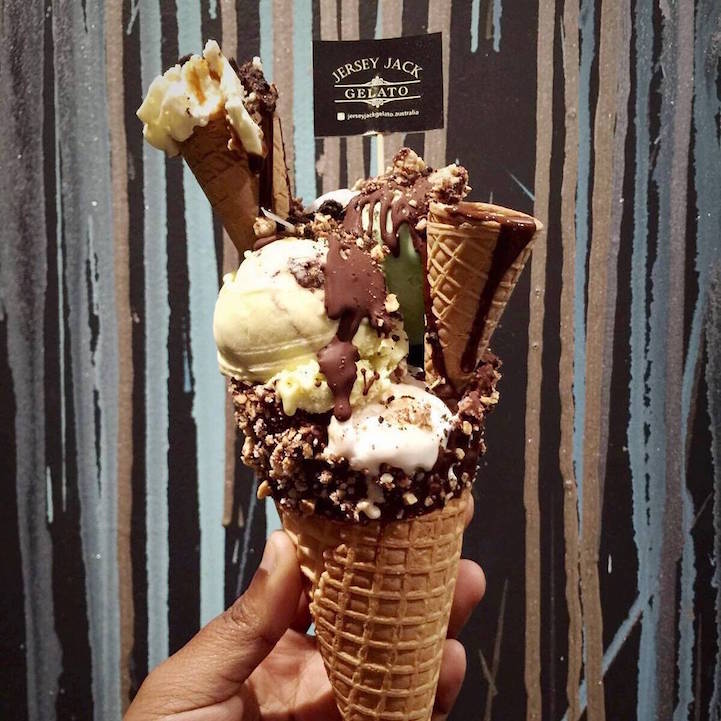 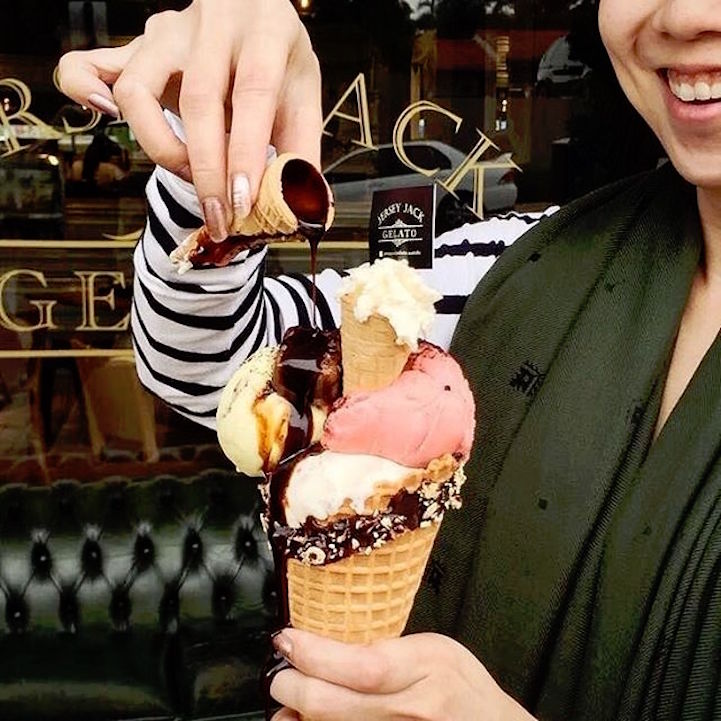 All images via Jersey Jack unless otherwise noted.