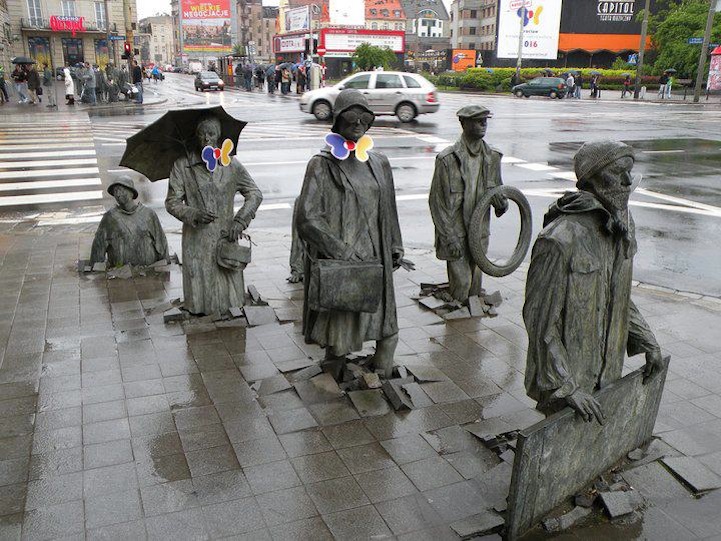 On the pavements of Wroclaw, Poland, at the intersection of Pilsudskiego and Swidnicka streets, Polish artist Jerzy Kalina installed a total of 14 life-like statues–seven people descending into the ground on one end of the junction and seven people emerging from the ground on the adjacent corner.

The public art installation called Przejscie, translated as Passage or Transition was installed at the cross streets in December 2005 to mark the 24th anniversary of when martial law was introduced in Poland (December 13, 1981). It was a time when many ordinary civilians were killed and went missing, which is reflected by the descending pedestrians who disappear into the Earth. The imposing method of military ruling was lifted in 1983, as echoed by the rise of the ordinary man on the opposite side of the street. The installation provides a visual representation of time and power.

Despite the serious subject pertaining to Polish history, Flickr user memnativ caught the statues looking rather jovial with the addition of a few colorful bow ties, presumably added by someone other than Kalina. 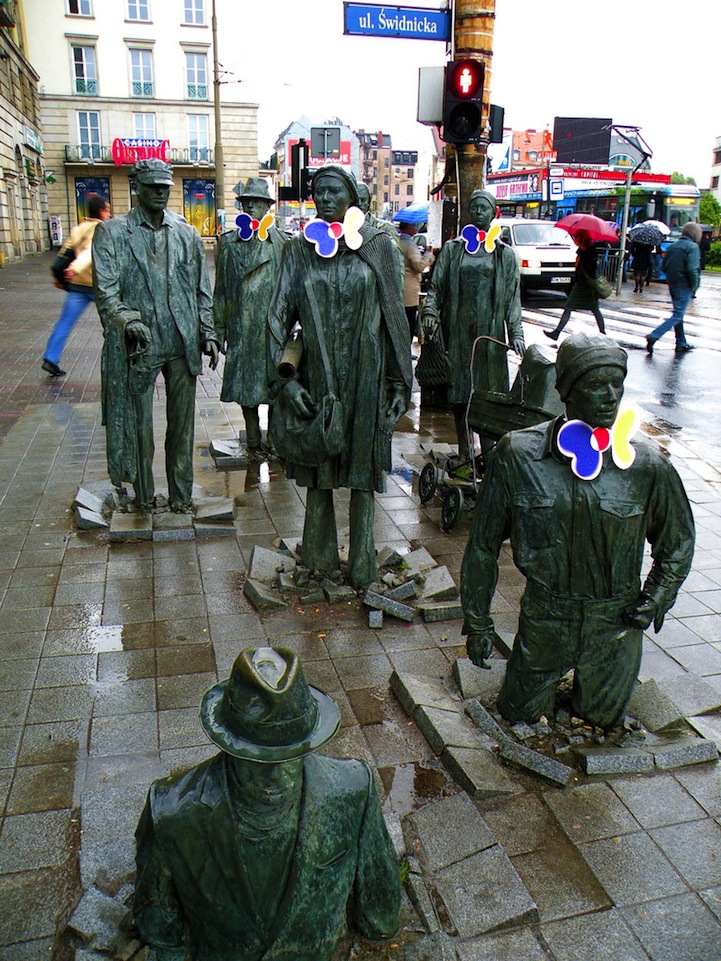 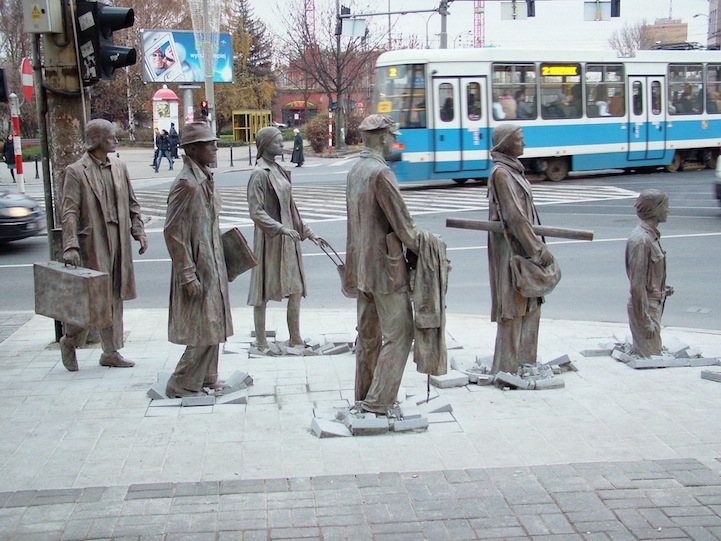 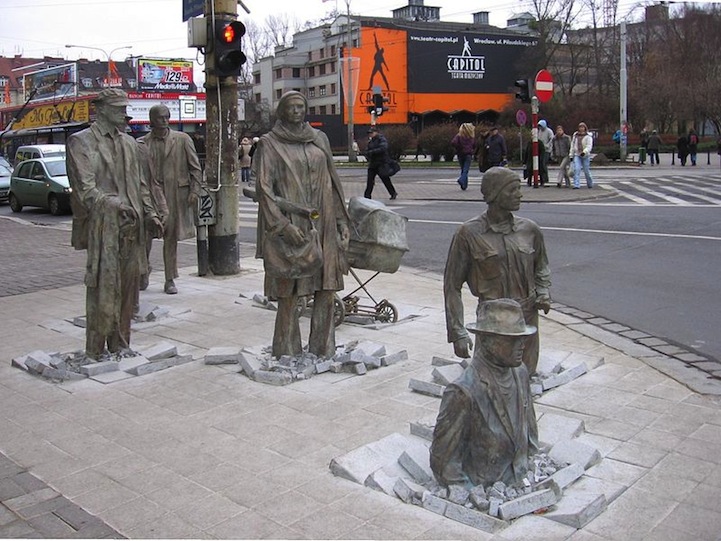 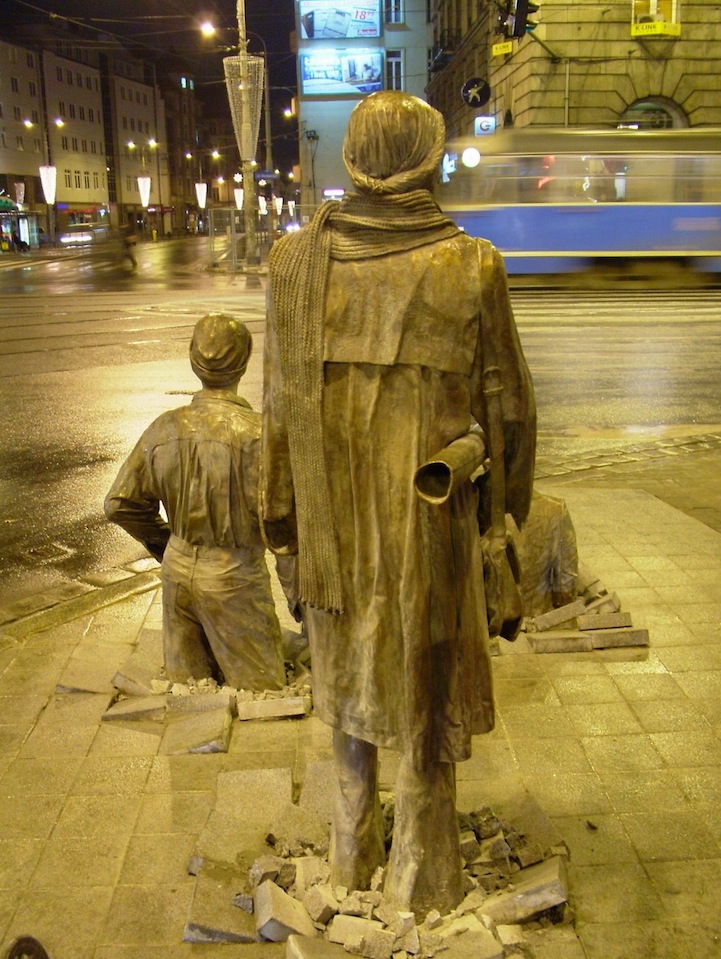 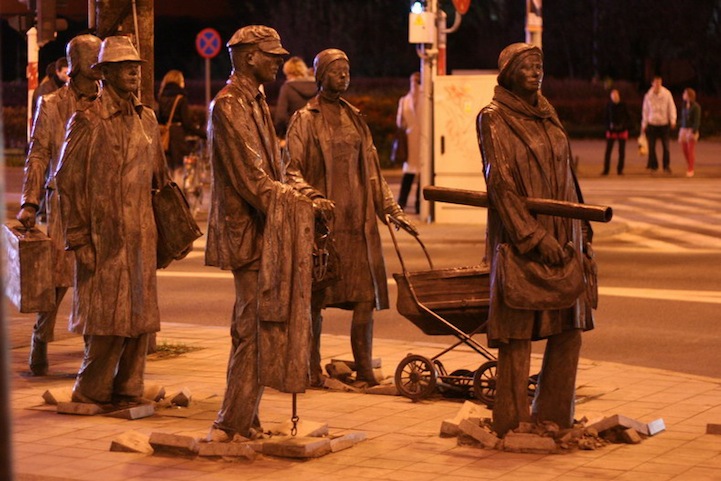 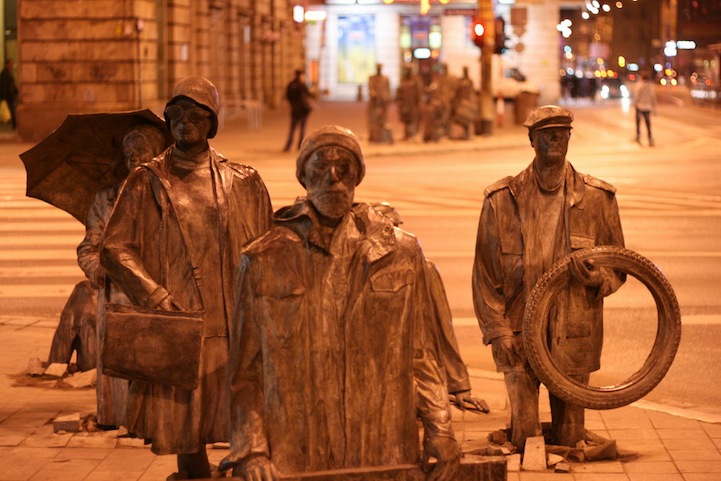 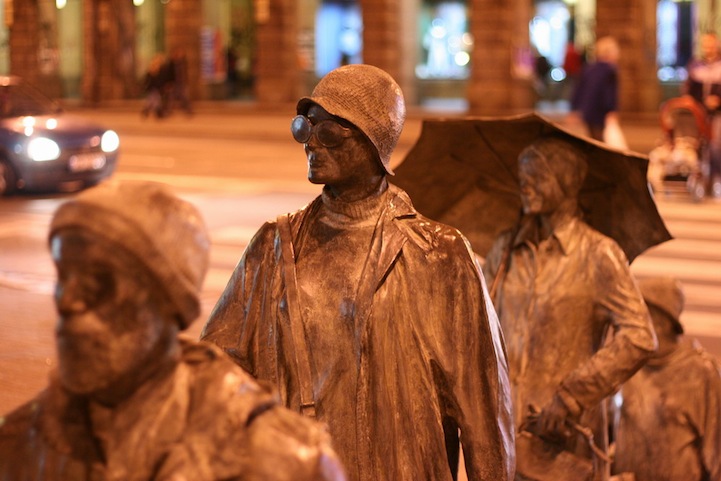 Images via [Funky Tee, Touch Wroclaw, Wikipedia]
via [Amazing Things in the World]